The Umbrellas of Cherbourg

Watch the trailer for The Umbrellas of Cherbourg (1964)

“Demy conjures up a work of sheer cinematic delight”
★★★★★ BBC

Guy, an auto mechanic, has fallen in love with Geneviève, an employee in her widowed mother’s chic but financially embattled umbrella shop. On the evening before Guy is to leave for a tour of combat in Algeria, the two share a passionate night, resulting in Geneviève’s pregnancy. She must choose between waiting for Guy’s return or accepting an offer of marriage from a wealthy diamond merchant.

Described by Jacques Demy as “a film in song”, the visually intoxicating The Umbrellas of Cherbourg pays homage to the Hollywood musical and is a major influence on directors including Damien Chazelle and Wes Anderson. 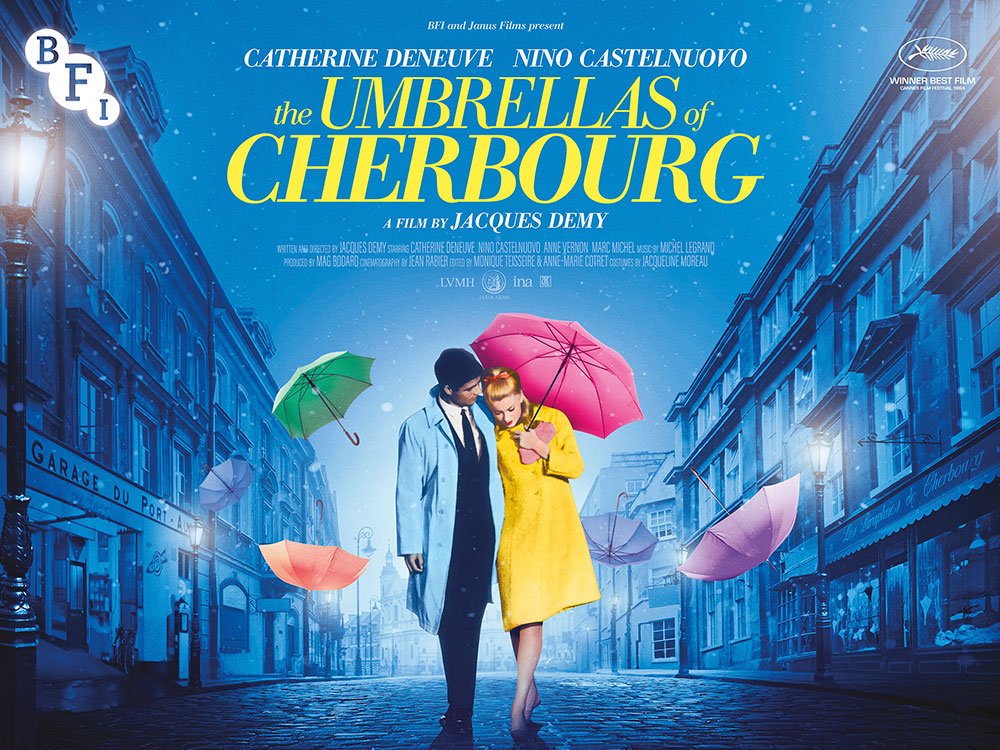