Mark Cousins and Neneh Cherry team up for this superb ‘is it a doc, or is it fiction’ film. Cherry’s Alva struggles under steely skies of Stockholm with debilitating depression from a trauma a year earlier. Bunking off work, she takes us through the city, exploring buildings, bridges, a cinema, each place revealing more about her state of mind. Taking in the immigrant experience, her relationship with her father, Stockholm’s history, we slowly work towards the tragedy, which is devastatingly revealed. Exquisitely photographed by Christopher Doyle (In the Mood for Love) this is a visceral, music and poetry-filled exploration of grief, but one that also examines the glorious moments when Alva emerges from that state. 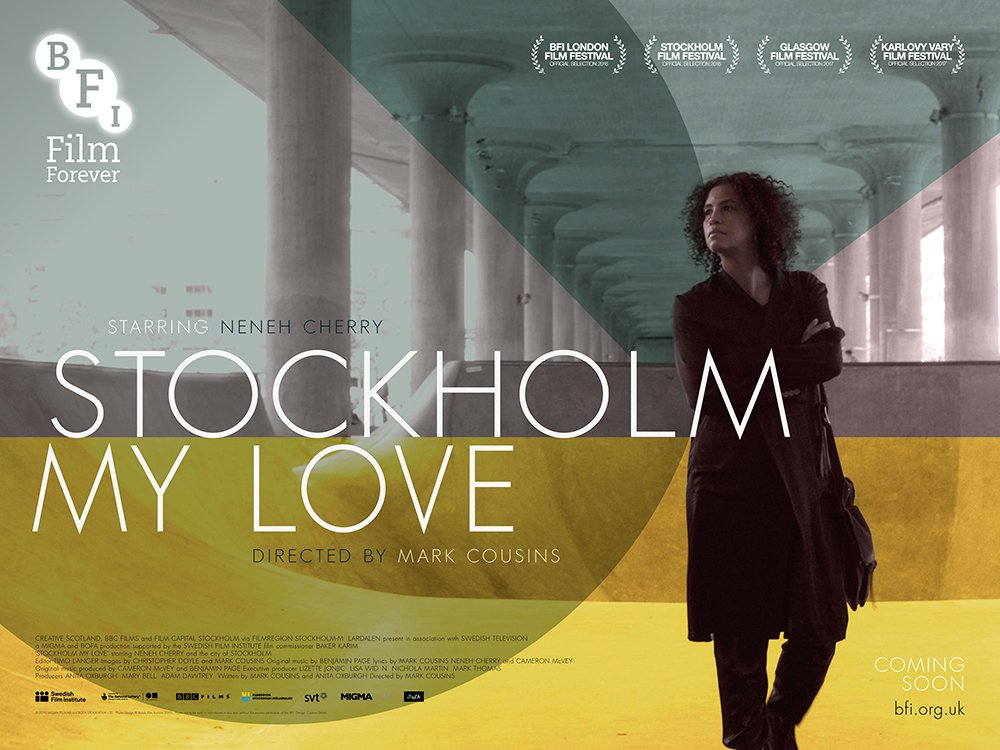