The most autobiographical of Truffaut’s films, The 400 Blows follows a few months in the life of 12-year-old Antoine Doinel (Jean-Pierre Léaud) who, misunderstood and mistreated by his neglectful parents and repressive schoolteachers, seeks refuge in truancy, petty crime and the cinema.

This re-release of The 400 Blows is part of a major Truffaut retrospective which also includes a re-release of Jules et Jim, a two-month season at BFI Southbank, a collection of films on BFI Player, partner seasons at cinemas – including Edinburgh Filmhouse, Glasgow Film Theatre and Ciné Lumière – and BFI Blu-ray releases later in spring 2022. 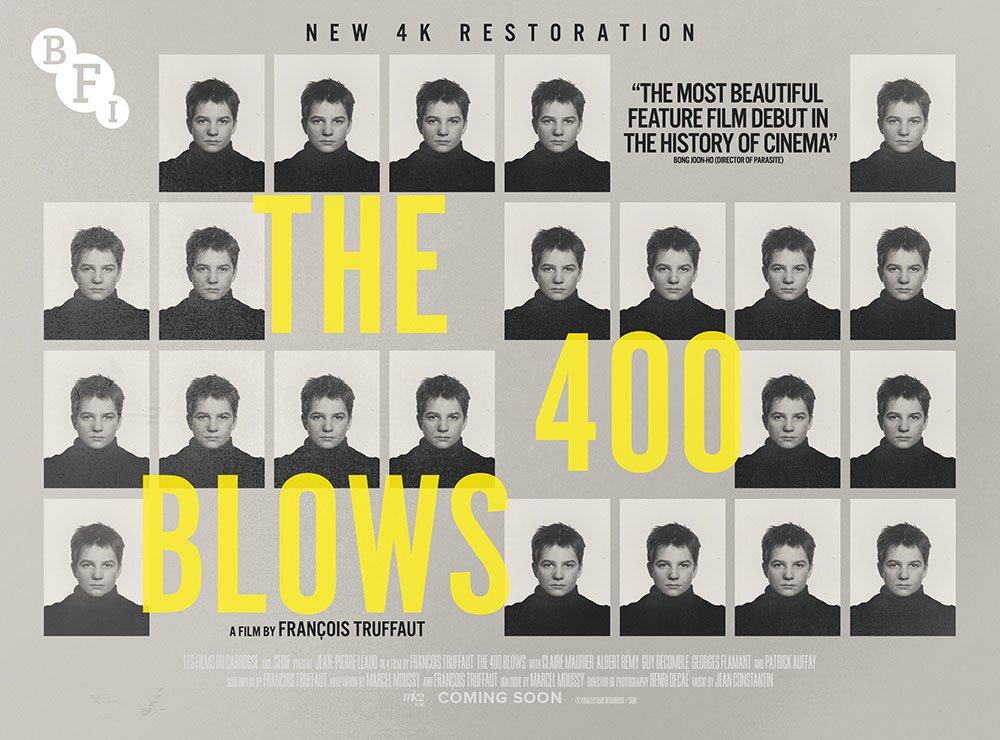