Find out all about BFI Video Games Day 2018.

On 14 June 2018, the BFI Certification Unit held our fourth Video Games Day at the Traverse Theatre, Edinburgh, in partnership with Creative Scotland and the University of Glasgow. As with previous Video Games Days, we like to provide a full programme of content, and this year was no exception. Despite gale force winds and train and tram cancellations, attendees and speakers battled through and made it to the venue to join us.

We kicked off the day in style with an interactive keynote with Yann Seznec and Niall Moody from Abertay University guiding us through the process behind designing, building and playing a game, and how different creative choices can affect the audience experience (which also involved a lot of laughing, whispering and shouting)! 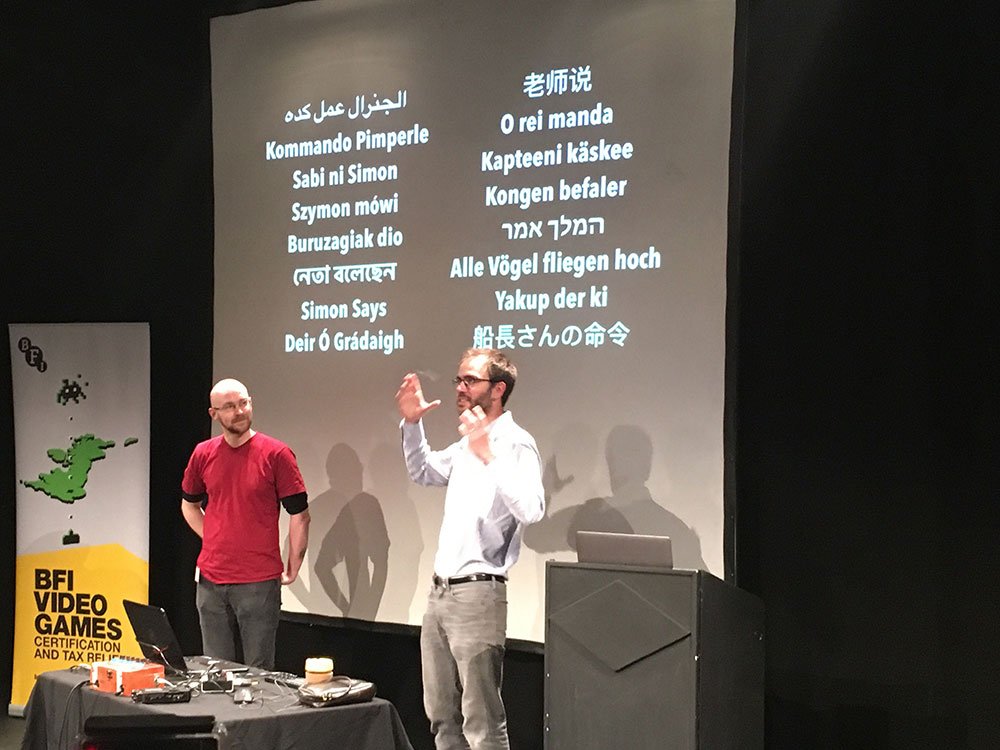 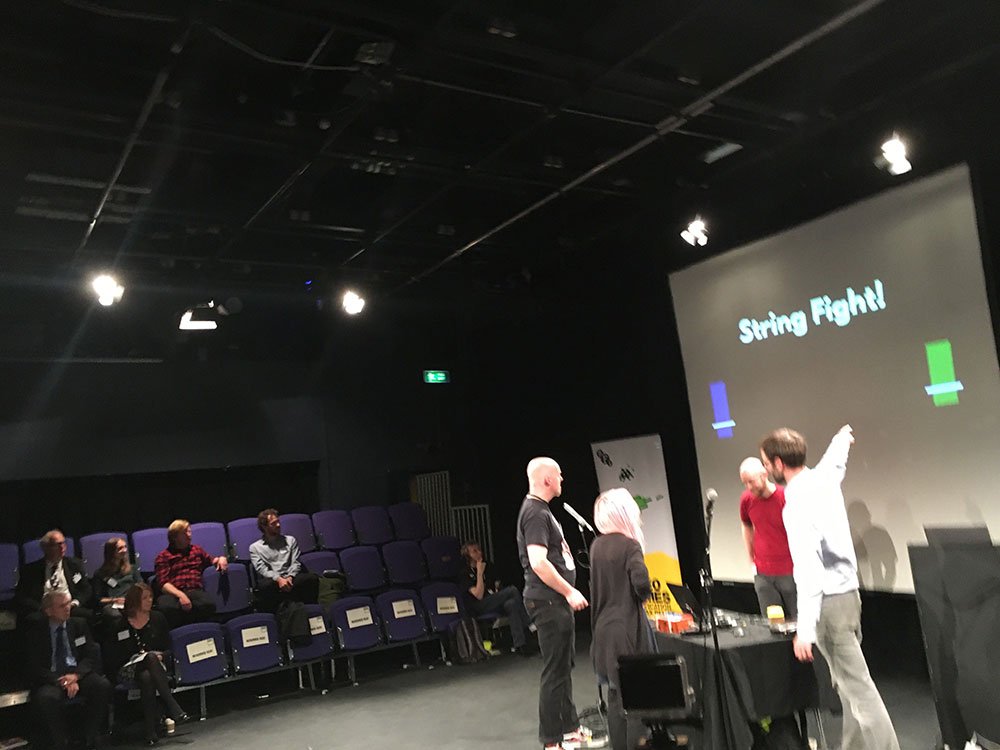 With everyone warmed up, the BFI Certification Unit’s Julia Brown and Stuart Burnside chaired the first session on the video games tax relief (VGTR). They began with a presentation of the video games cultural test and how to qualify for the VGTR, and then invited technical policy adviser from HMRC Stephanie Martinez, Dundee accountant Steve Cartwright from Henderson Loggie, and Gillian Gray from Outplay Entertainment to discuss and provide valuable insight on the VGTR. 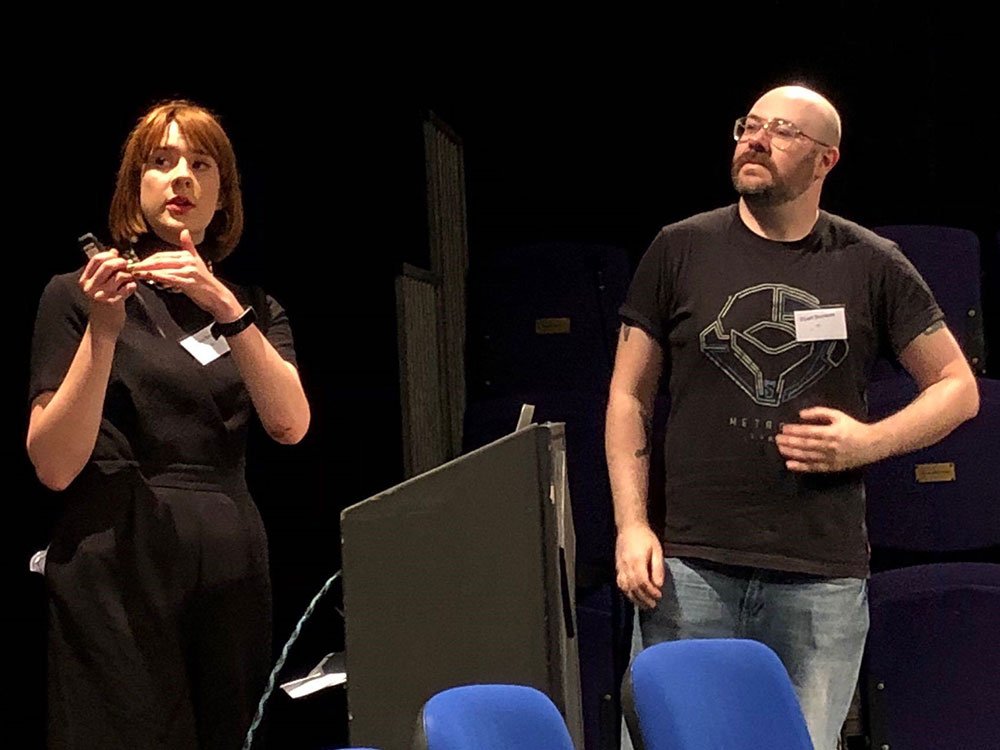 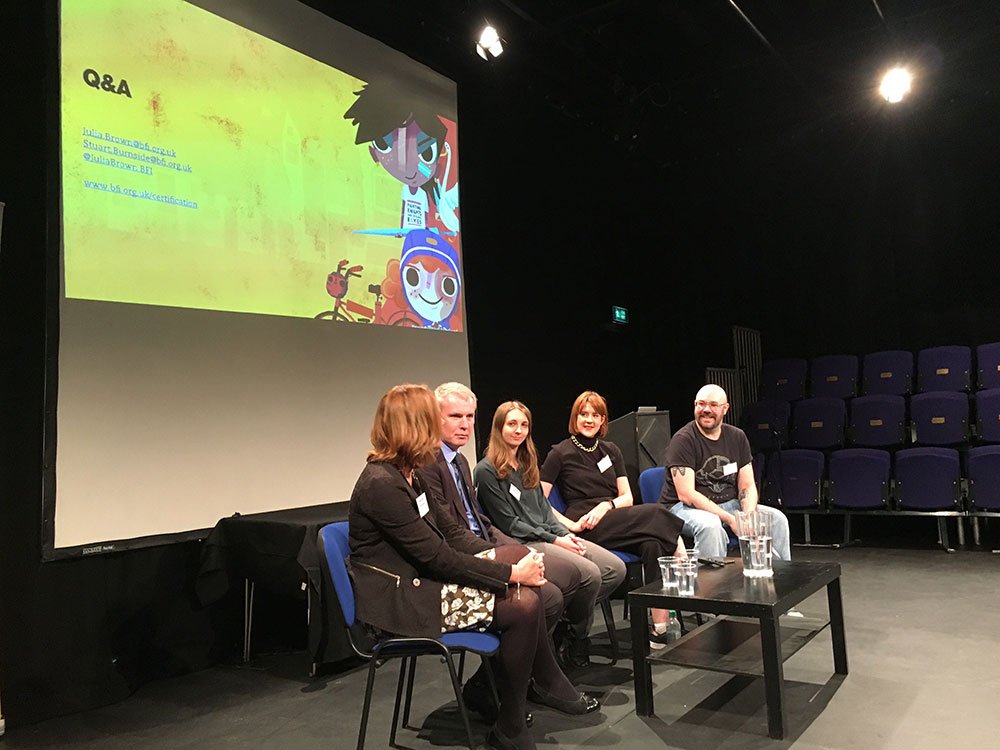 After a short break, we moved on to legal advice with our ‘Law Simulator: practical law for game developers’ session presented by Alex Tutty and Tim Davies from Sheridans. Alex and Tim provided valuable insight in a fun, game-inspired way into the basics of intellectual property law, key contracts that game developers might come across and what they should look out for, and what VGTR and GDPR mean for game developers. Notably a key takeaway on GDPR is that it’s like GCSE Maths – as long as you can show your workings it will be ok. 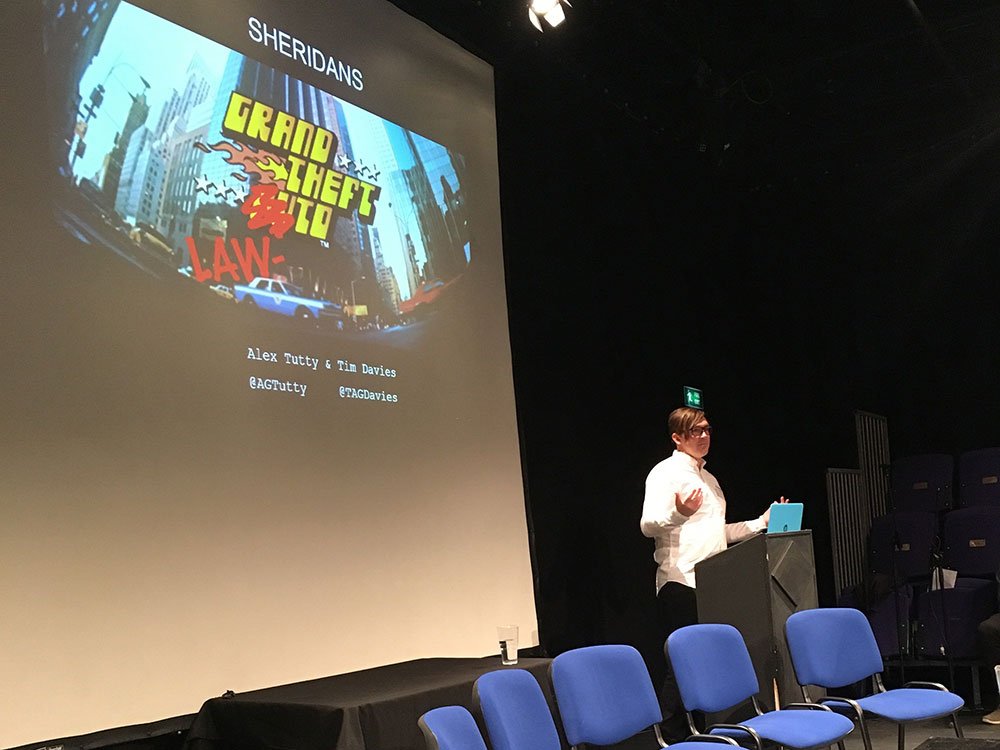 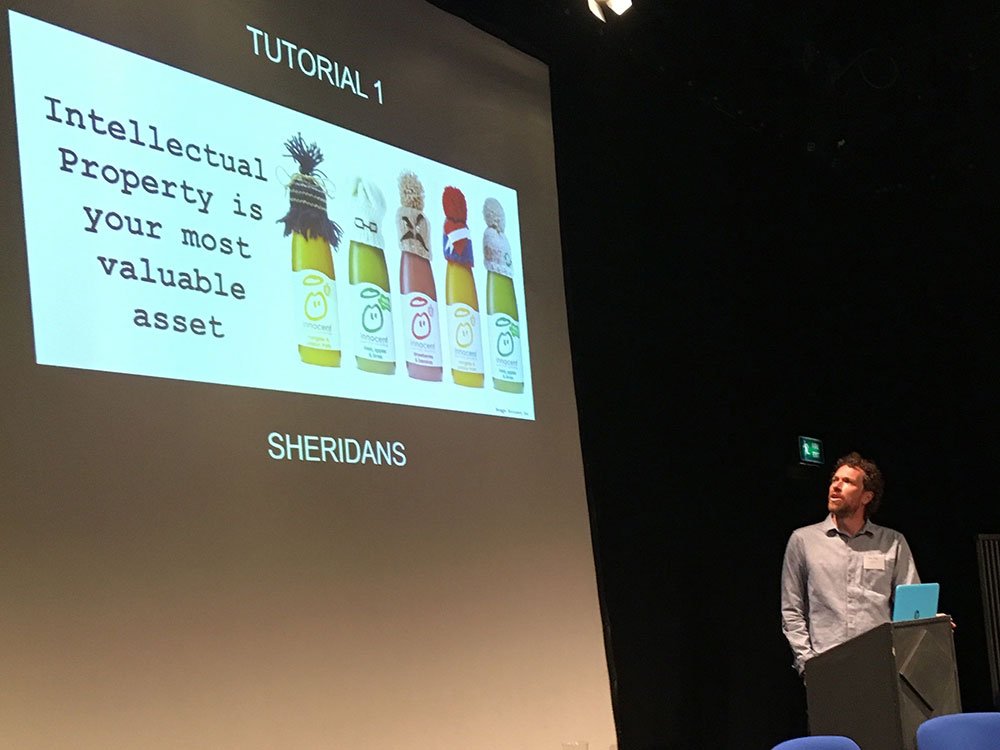 After lunch, Helen Mullen from the University of Glasgow and Ian Cade from the BFI’s Research and Statistics Unit presented us with information on the Games Industry Scotland, which led to useful discussion on how organisations can partner and work together more. Helen provided insight into what we already know and how we can move forward sharing data, while Ian gave the audience a view of the numbers of developers claiming VGTR in Scotland and a global overview of video games consumption. 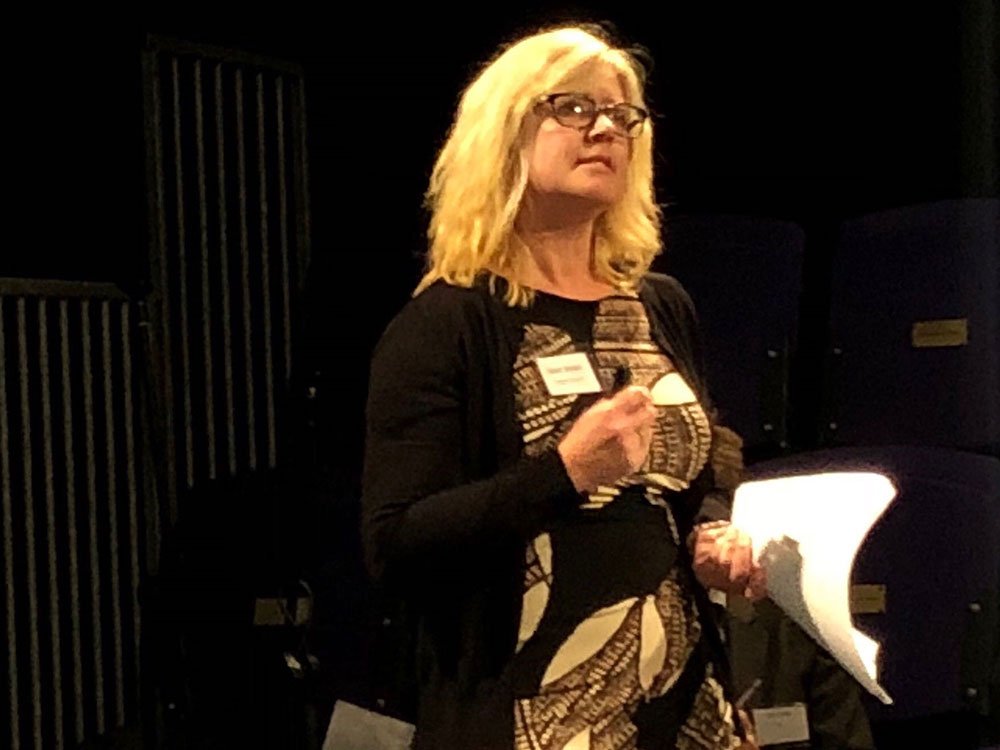 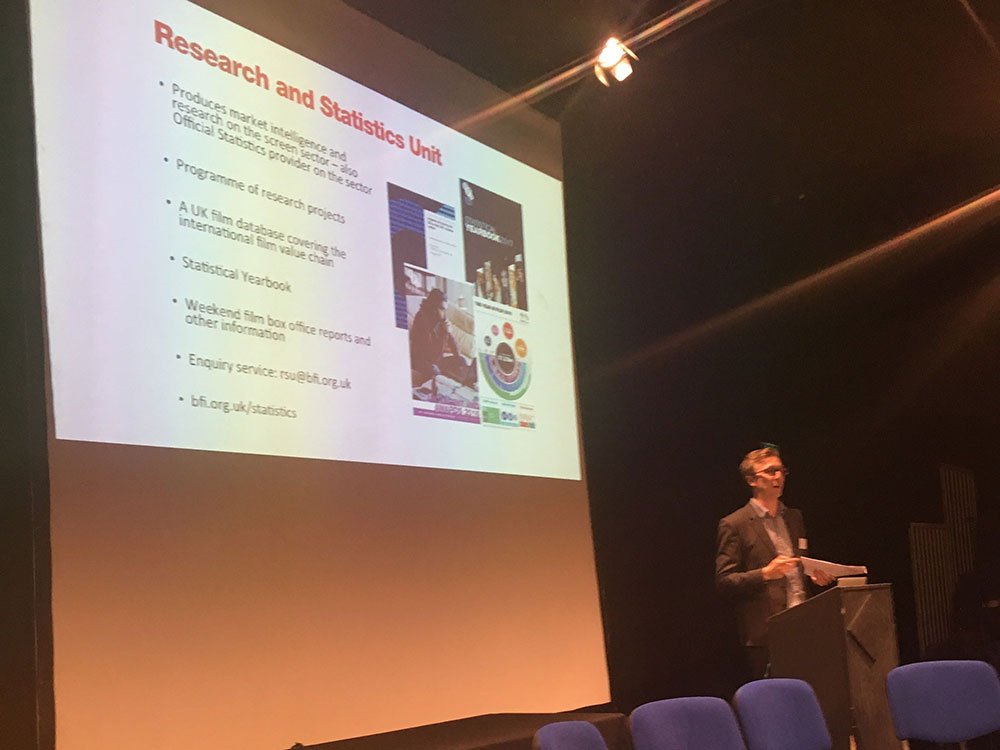 The next session, chaired by Gina Jackson, Head of Games at Imaginarium UK, focussed on panellists Manasi Raje, MProf Game Development student at Abertay University; Jess Hider, freelancer and artist; Paul Leishman, producer at Junkfish; and Colin MacDonald, Head of All 4 Games. Gina led a very engaging and informative session with the panellists who were all at different stages of their careers, asking them and the audience what advice they would give a younger version of themselves. She probed the panellists on their backgrounds, relationship skills, what courses they took, where can people find mentors and how to get involved in industry events. 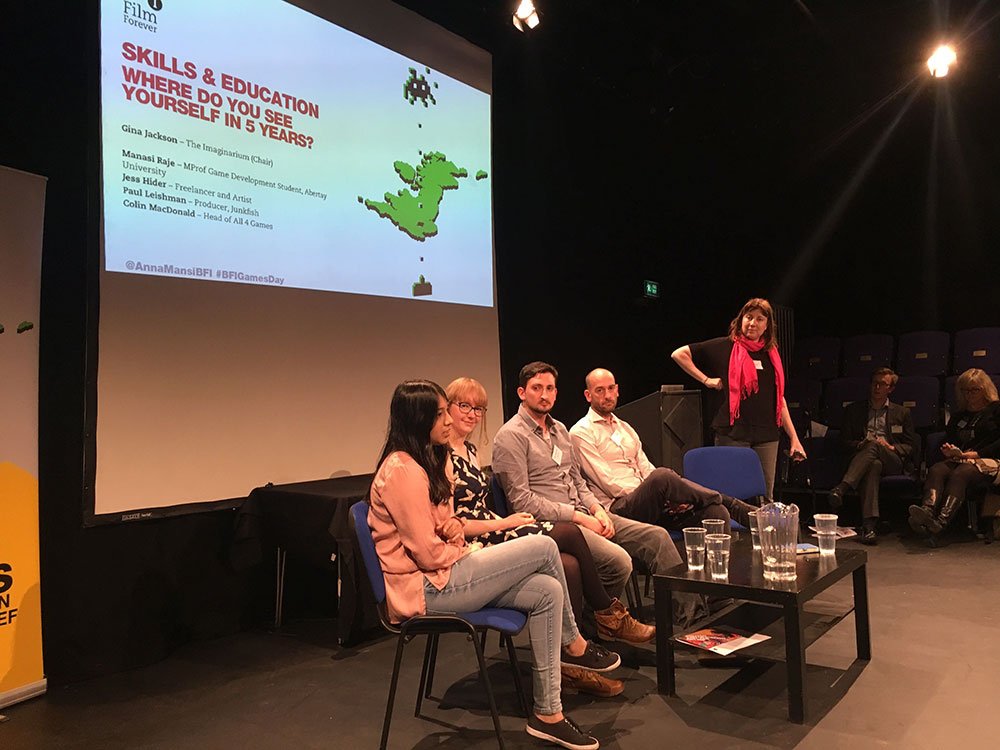 Our last session of the day was chaired by another BFI video games analyst, Colm Seeley, and focussed on gamemaker communities. Colm invited panellists Malath Abbas, co-founder of Biome Collective; Luci Holland, composer/arts producer; Kristina Johansen-Seznec, Creative Industries Officer, Creative Scotland; and Jade Leamcharaskul, BAME in Games Community & Events, to discuss their experiences of how to manage gamemaker communities’ form and how to maintain them, as well as how they represent an “asset” both to video games art/culture but also beyond that. 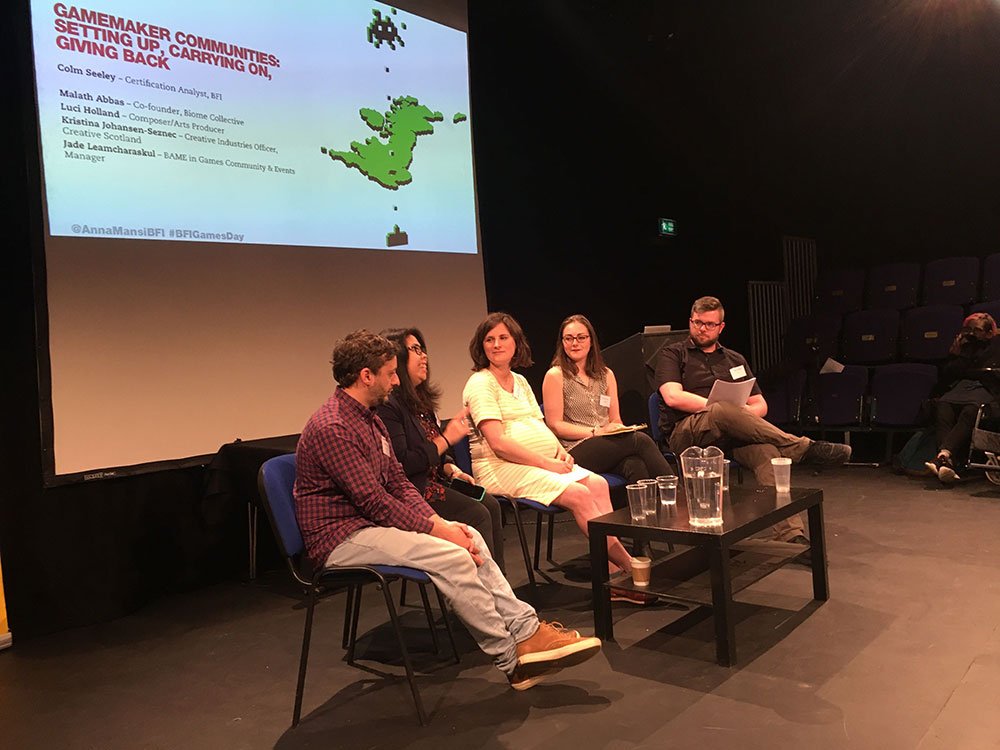 To end the day, we were delighted to welcome these local developers to showcase their games at our networking drinks. 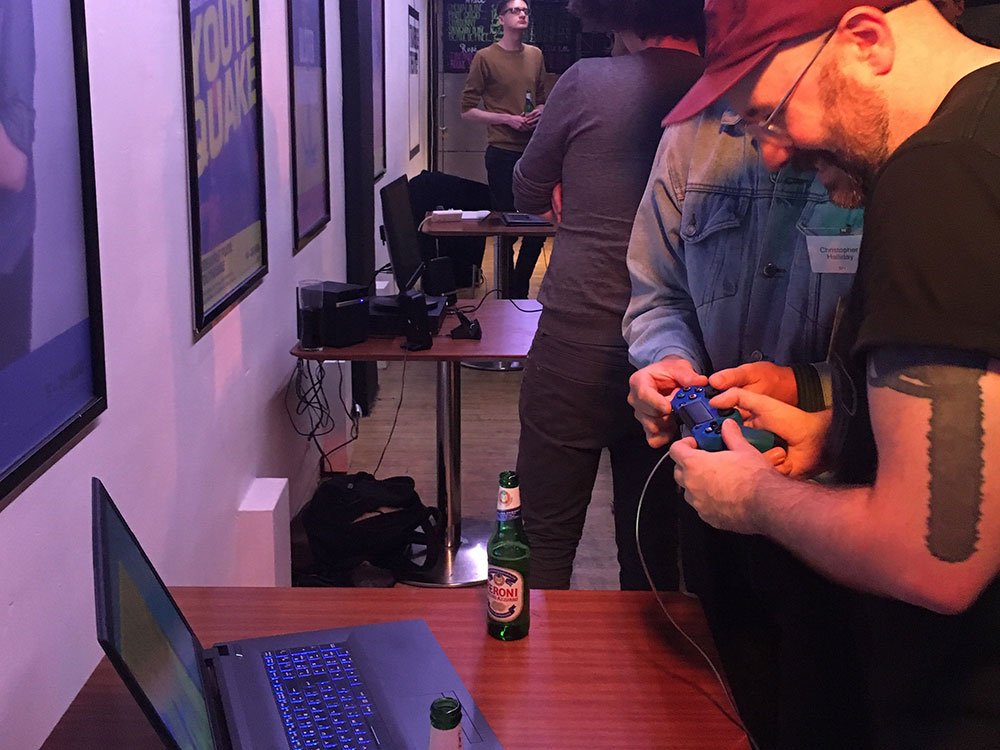 Developer demos at the networking session

You can access the presentations from the day here: