A Prophet, The Hurt Locker and 35 Shots of Rum lead our favourite releases of the year. Below, Jonathan Romney discerns a French resurgence and an unprecedentedly strong showing by women directors.

from our January 2010 issue 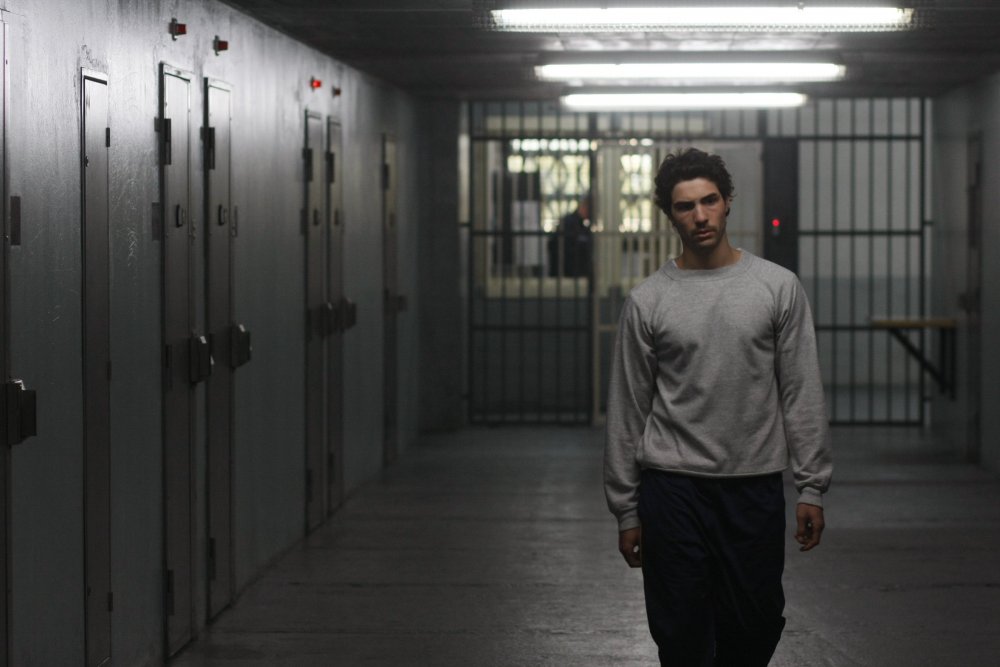 Last year in this space Nick James pondered the results of Sound & Sound’s 2008 critics’ poll, and the extraordinary breadth of selections from which a Top 10 emerged. On that occasion some 50 writers from around the world were polled, and chose more than 150 titles in their personal lists of five.

This year, 60 critics came up with 140 titles. The pattern persists: a remarkable divergence of taste, and quite a few contributors whose votes – whether strategic or a matter of personal faith – may seem exceptionally idiosyncratic. Apart from the fact that some critics have specialist expertise in areas of cinema that not everyone routinely gets to explore, it is also hard for many of us to resist the desire to highlight our own ‘orphans’ of the festival circuit – films that might otherwise be overlooked or forgotten, but which might benefit from a little attention among the personal Top Fives.

What is remarkable, given this extreme diversity, is that a coherent final result should emerge at all. And it’s hardly a predictable result – even if it is significant that six out of the Top Ten were premiered in Cannes, still world cinema’s most prestigious and visible shop window. Of these the year’s most hotly debated succès de scandale, the much reviled Antichrist, came in (jointly) at no.8 – not so far below the film that actually won the Palme d’Or (still widely considered the unofficial but definitive award for the year’s best non-Hollywood film): The White Ribbon, at no.4. But it’s another Cannes premiere, Jacques Audiard’s A Prophet (which, quite fortuitously, was selected as this magazine’s gala presentation at the London Film Festival), that has emerged as film of the year with a healthy lead – and twice as many mentions as the three films at the foot of the Top Ten.

Optimists and Darwinists alike might be tempted to propose a principle whereby the best will out – whereby quality will make itself known to enough critics for the year’s key films to emerge willy-nilly, despite the extreme diversity of choice. But consider the complexity and the degree of arbitrariness in a selection process that really begins long before this poll is undertaken; quite apart from the views of the contributors, there is the question of what films we get to see, and where and when. The magazine invites critics to choose films that have impressed them this year, but that allows much leeway, given that films emerge in different places at different times. Hence the Swedish vampire film Let the Right One In ranked (joint) no.9 last year, when it was a discovery on the festival circuit, and no.5 this year, following its release in Britain and elsewhere. By the same token, don’t be surprised if last year’s other no.9, Lucrecia Martel’s The Headless Woman, skips a year to re-emerge in the 2010 poll after its UK release.

A Prophet aside, it so happens that only one other film in this year’s Top Ten, White Material, has not yet been released in the UK, although its presence at festivals including Venice, Toronto, Pusan and London has ensured its global visibility. In fact, if there is a hidden pattern behind the poll, it is surely that complex and unpredictable process of selection by which films acquire visibility in the first place: all to do with the idiosyncracies of festival programmers’ tastes, and before that, with the energies of sales agents and producers who urge films into the spotlight like pushy parents. It is also notable that Cannes still enjoys (and, the evidence suggests, increasingly enjoys) a distinct primacy over Venice and Berlin: there’s no placing for their respective winners, Lebanon and The Milk of Sorrow.

Such a range of factors makes it all the more remarkable that certain films stand out in our poll above all the rest – all the more so given that Sight & Sound contributors, with their fiercely individual tastes, are more inclined to choose distinctive and sometimes marginal films than, say, Academy or BAFTA voters.

Looking at the Top Ten, and the lists that yielded it, it is notable, as ever, that the fortunes of certain territories fluctuate wildly. Asian cinema in general has – temporarily, let’s hope – lost the claim that it had a few years ago on cinephiles’ attentions. Apart from a number of votes for Bong Joon-ho’s Mother (surely robbed of its rightful place as Korean entry in the main Cannes competition), no overall picture emerges of what the truly important Asian films might have been.

But over the course of a year, you can form a deceptive view of national fortunes. From many conversations I’ve had this year with colleagues, it seems to have become an article of faith that there’s no longer much point looking for revelations in US cinema, certainly not in the mainstream – with the exception of Pixar, that bastion of old-school big-time American invention.

Is US cinema washed up? Not if you consider three Top Ten placings this year – Pixar’s Up, Tarantino’s utterly idiosyncratic and boisterously Europhilic Inglourious Basterds, and at no. 2, The Hurt Locker, a ferociously energetic and extremely timely war film by Kathryn Bigelow, a triumphant entry in the ‘ripped-from-today’s-headlines’ tradition. Along with enthusiastic support for the Coens, Michael Mann and Charlie Kaufman, the signs are that we shouldn’t give up just yet on America’s mid-field off-mainstream.

But it was no annus mirabilis for the UK. Last year there were three placings, with Steve McQueen’s Hunger at no.1. This year, the only British high-ranker is Bright Star, a UK/Australia co-production by a New Zealand auteur – with the much-liked Fish Tank surprisingly missing the Top Ten by a narrow margin. During 2008, a number of small-scale, left-field revelations (Helen, Unrelated, sleep furiously, Soi Cowboy) suggested a new mustering of subterranean energies. Now, Peter Strickland’s Romanian-made Katalin Varga notwithstanding, will and imagination seem to have ebbed again.

Internationally, this year’s success story is undoubtedly France, with three titles in the Top Ten – two of them, remarkably, by Claire Denis. Personally, as the LFF’s programme advisor on French cinema, I see more of that country’s product than most critics, but still I was surprised to find myself naming three French films among my favourites (two more than last year).

In addition, it is striking just how decisively France has established itself as a hub of international cinema. There’s an illustration of this in one of my choices, Mia Hansen-Løve’s Father of My Children, in which a beleaguered French producer is balancing several imperiled arthouse productions: one from real-life Tajik director Djamshed Usmonov, one from a high-maintenance Swedish genius, and another from a visiting Korean, with a French tyro waiting in the wings. This suggests just how much the French film business (producers, finance bodies, sales agents, Cannes) has, if not exactly ‘colonised’ world cinema, then at least established France as a powerful force that enables and promotes world cinema – at the risk of sometimes overly Gallicising it. (For me, one of the year’s disappointments was Visage, the second French-based project by Taiwan’s Tsai Ming-Liang, although not everyone shares my view: see Mark Cousins’ top five.)

Meanwhile, what tendencies does the Top Ten itself suggest? A surprise resurgence for, and reinvention of, costume drama, with Michael Haneke’s and Jane Campion’s films both providing traditional visual pleasures associated with the genre, while offering critical readings of their chosen historical moments.

And certainly there’s a resurgence of women directors. Bigelow and Campion, despite uneven careers, have long been regarded as among today’s most forceful and individual directors, while Claire Denis’ two very different entries reassert her position as one of the most avidly followed auteurs in art cinema. Among other women who culled multiple votes, Andrea Arnold, the veteran Agnès Varda and German up-and-comer Maren Ade were ahead of the pack.

Most of all, the poll marks a striking triumph for Jacques Audiard’s A Prophet, a very individual work by a fastidious director who only makes one film every few years, each time setting himself a new challenge. His most ambitious film yet, A Prophet is at once a hybrid of crime genres – gang thriller and prison drama – and an incisive study in political realism, focusing on issues of racial and cultural identity in contemporary Europe. It is also an intensely entertaining film, in common with several of the Top Ten, which may help dispel the myth that serious film critics are devoted only to the most intractable cinematic ‘broccoli’.

But the Top Ten itself is perhaps less important than the hugely diverse spread of critics’ choices that provided it. The real news, surely, is that somewhere out there, passions are being sparked by films that most of us don’t know about: works from Chile, Russia, the Philippines. Personally, I’m extremely curious to see the Argentinian film Historias Extraordinarias (chosen by Roger Clarke) and the documentary Helsinki, Forever (Jonathan Rosenbaum’s choice, and a classic case of the festival circuit ‘orphan’).

But will most of us ever see them? The tragic aspect of such a critical trawl is the awareness that the distribution and exhibition network, even in countries where they are relatively healthy, only provides a limited, often predictable selection of viewing. It’s not enough to celebrate festivals as a specialist haven for discoveries: most of us can’t jet off to Pusan or Toronto at the drop of a hat.

The challenge of the moment is described in the interview with Richard Linklater [in the January 2010 issue of Sight & Sound]: for filmmakers and producers to embrace new distribution technologies, to invent new ways to take their work beyond the rarefied waters in which professionals swim, and into the wider world. If that truly happened, and diversity blossomed to its fullest, we might end up with a critics’ poll in which there were no outright leaders – in which 300 films, each passionately defended, all scored equally. Chaos or utopia? I’d love the chance to find out.