Hunger was a clear winner in a year of unexpectedly terrific films.

from our January 2009 issue 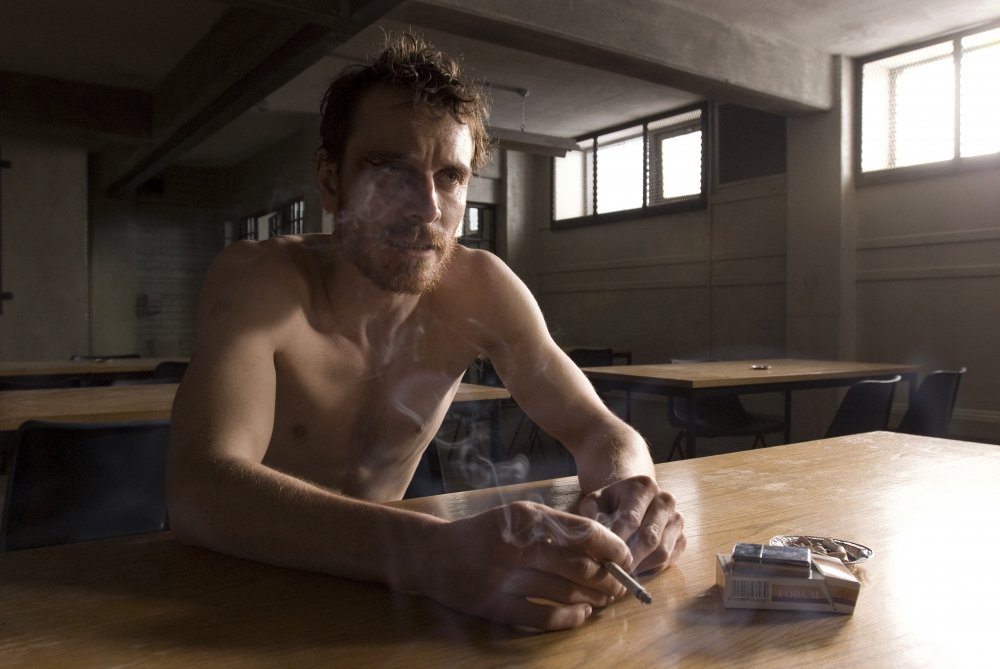 2. There Will Be Blood

Picture a synthesis of all those collegiate scenes in Hollywood ‘golden era’ musicals where movie stars are playing performers in some new show and stay up all night after the premiere waiting for the notices in the morning papers. I have in mind not only Gene Kelly and Debbie Reynolds but also Mickey Rooney and Fred Astaire and Cyd Charisse and Judy Garland and Rita Hayworth. They end up at a late-night bar or a breakfast café still buzzing on adrenaline and booze and confess to each other their wide-eyed hopes of success. It’s always an optimistic moment: movie stars playing just folks who are on the brink of becoming movie or theatre stars. Then the bundle of papers is thrown out of the van and magically the review’s gist is spelt out, as it never was in real life, in capitals on the front page: FLOP or HIT.

That’s a fantasy from an age gone by in which reviewers mattered so much that performers lived in fear or delight of them. (Of course the floppers in these movies become hitsters no matter what.) Now film producers get the reviews sent to their BlackBerries and in most cases they will have a pretty good idea beforehand if the thumb is going to jerk up or down or if indeed the direction really matters. The one unanswerably commercial function of the critic – immediate consumer advice – is now undermined by the plenitude of information about any film available to everyone before it comes out. This surplus enables both film distributors and audiences to bypass reviewers. And in kind, reviewers feel a greater need to distinguish themselves as individual voices. That, at least, is the one explanation I can come up with for the broad results of our Best of 2008 survey.

Come Christmas and the annual version of that HIT or FLOP question for film is: was it a good year or a bad year? We have chosen to make much of 2008 because it seems such a watershed moment for cinema criticism and reviewing. In crude terms for film quality, the year has already had the raspberry in our pages.

But collectively our contributors beg to differ. 2008 is a HIT they say. And they have said HIT by choosing a very large number of films in their ‘top fives’. So how is it that in the so-called ‘critics crisis’ year (which happens also to be credit-crunch year, and endangered-arthouse-distribution year) the critics want to recommend so much?

We asked more than 50 writers around the world which five films seen in 2008 most impressed them (they didn’t all stick to the number). Their answers include more than 150 different titles made in the last two years (and at least 20 more made earlier). Only a cynic would say that the wide choice must reflect a weak year, with our writers looking for consolation prizes. The reason for this large number is surely because cinema is now so rich in variety that opinion is diffused.

That is certainly the view of most of the committed cinephiles I’ve been talking to lately. And yet, looking harder at these lists, the situation seems much more complex.

There’s a fair amount of posturing for sure, of brandishing the coolest of outsider perspectives, but then that’s always been a welcome provocation from film critics. It may also be that taking extreme positions is the only valid way to cope with the ‘crisis of the image’ – better understood as the ubiquity of the moving image and its consequent de-reification as a hallowed experience. I remain concerned that if we sideline the question of quality by always avoiding subjective value judgements and what we mean by ‘best’ or most impressive, as some of our writers do here, we play into the hands of those who see cinema only as entertainment. It sometimes makes critics seem indistinguishable from fans, but then maybe they are and should be?

One thing we can be sure of is the S&S film of the year. Steve McQueen’s stupendous Hunger received so many nominations it was never in any doubt of being caught. UK bias seems to have little to do with it because to be British is usually a home handicap (and yet we find Of Time and the City and Happy-Go-Lucky among the best here too). As Ian Christie puts it: “McQueen and his collaborators take us to a time and place that already seems unimaginable, and give it moral depth and almost unbearable poignancy.” I’m now imagining McQueen chinking his cocktail glass with Fred Astaire, but the newspaper at his feet proclaiming HIT would have to be Irish, for Ireland is the one place so far that he’s had a surefire hit. Our congratulations go to him for a well-deserved ranking.

The magnificent There Will Be Blood undoubtedly suffered from the looseness of our rules since it received a few votes last year from American early viewers. However, it did pip WALL•E to the silver position in the last moments and it still wouldn’t have caught Hunger if last year’s votes had been included.

WALL•E was a clear bronze (much to my chagrin, since for me the film’s astounding first 40 minutes is traduced by the bathetic remainder), demonstrating not only that S&S contributors have broader tastes than they’re usually credited with but also that they nurture small gardens of sentimentality.

The powerful lifelike gangster film Gomorrah (on my own list along with There Will Be Blood, The Class,The Headless Woman and Molly Dineen’s doc The Lie of the Land) is scarcely undeserving of its fourth billing. I’m particularly pleased, too, to see the extraordinary vampire film Let the Right One In featured.

The ten films that charted here (and the eight more hanging just below) prove that cinema is vibrant with ideas, but the true joy of the following lists comes from reading about films one hasn’t yet seen that sound from their descriptions like special experiences. I can’t believe I’ve allowed myself to miss Tulpan, Our Beloved Month of August, Hotel Diaries, RR, Bullet in the Head, Parque Vía, United Red Army, Generation Kill and Tony Manero. Perhaps if I’d seen them, my earlier diagnoses after the disappointments of the big festivals might have been in tune with the rest of our cinephile crew.

If critics are no longer our Friday night cineguides, their passionate advocacy remains treasurable. And even if writers don’t always look quite so glamorous as Rita Hayworth when drinking cocktails, the toast should now be, “Crisis, what crisis?”