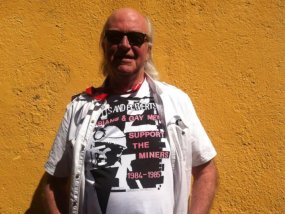 Nick Roddick was a British film writer who died on 1 January 2019. He edited Screen International, Moving Pictures International, Preview and Australia’s Cinema Papers, reviewed for the London Evening Standard and was a regular contributor to Sight & Sound, for which he wrote the monthly Mr Busy business column for many years. In academia he was visiting professor at California State University, Long Beach, and wrote A New Deal in Entertainment: Warner Brothers in the 1930s (BFI). He also ran the Brighton-based film and television publishing and consultancy company Split Screen, directed a film curating degree course for the London Consortium and London Film School, and was guest artistic director of the Bermuda International Film Festival.