The work of director Yash Chopra is one of the glories of Indian film, his career bridging the Hindi cinema of the 1950s and the globalising India of today. Rachel Dwyer pays tribute to the late Bollywood legend. 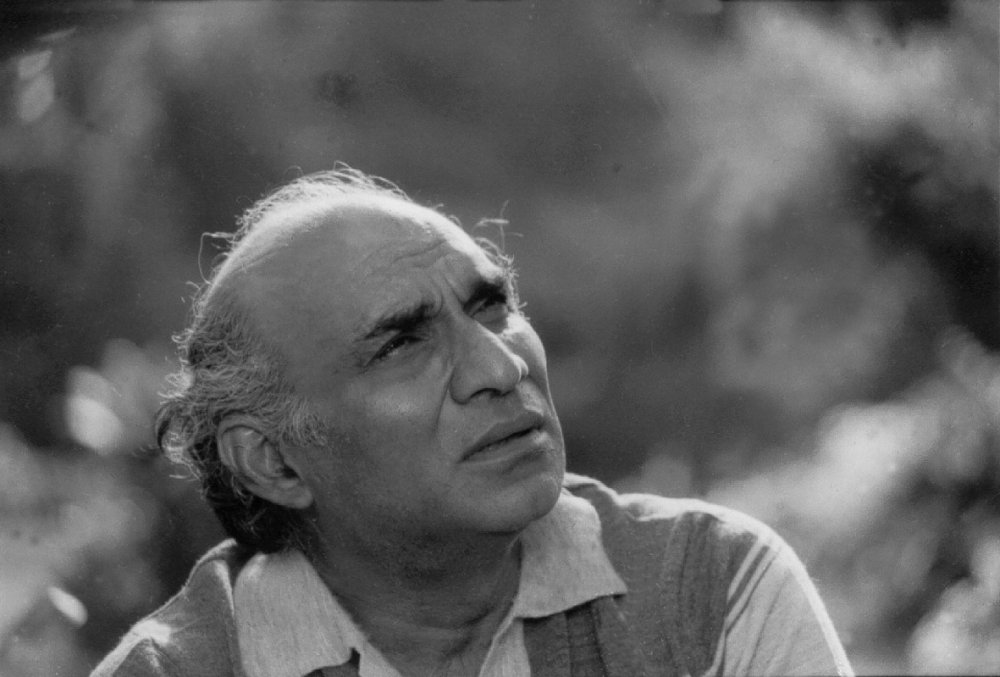 When in 1996 I first thought of writing my book about Yash Chopra, many people in India asked why him when there were other equally interesting figures working in the film industry. What prompted the question was that Yash Chopra’s career spanned several phases, with quite distinct breaks between them.

At this stage, the new type of ‘Bollywood’ cinema that he pioneered was just emerging and its earlier history had been largely forgotten. Yashji’s life and work followed the arc of development of Hindi cinema from the 1950s to the new globalising India of today. His films offer wonderful insights into the imagining of India and its society through these six decades.

Like many Hindu Punjabis, Yashji lived in what was East and West Punjab. Born in Lahore where he studied Urdu and Hindi, he moved to Jalandhar’s Doaba College. After Partition, B.R. Chopra, Yashji’s second oldest brother, moved his family to Bombay and Yashji followed in 1952.

Although he never lived in Punjab again, Yashji retained his Punjabi roots, and defined the modern Punjabi in his films “a cheerful, emotional and boisterous character, the women as spirited as the men, whether living in Punjab, Delhi or Bombay or London.” (I used to tease Yashji that I would call my book ‘Theth Punjabi’ [‘Pure Punjabi’].)

Yashji trained in cinema by working as assistant to B.R. Chopra, whose films were committed to social questions ranging from widow remarriage in Ek Hi Raasta (1956) and industrialisation in Naya Daur (1957) to the death penalty in Kanoon (1960). Yashji learnt about film narrative and style, giving importance to music, casting stars, as well as how to work with a close-knit production team with which he collaborated for several decades, and from whom he selected his key personnel, including Sahir Ludhianvi. 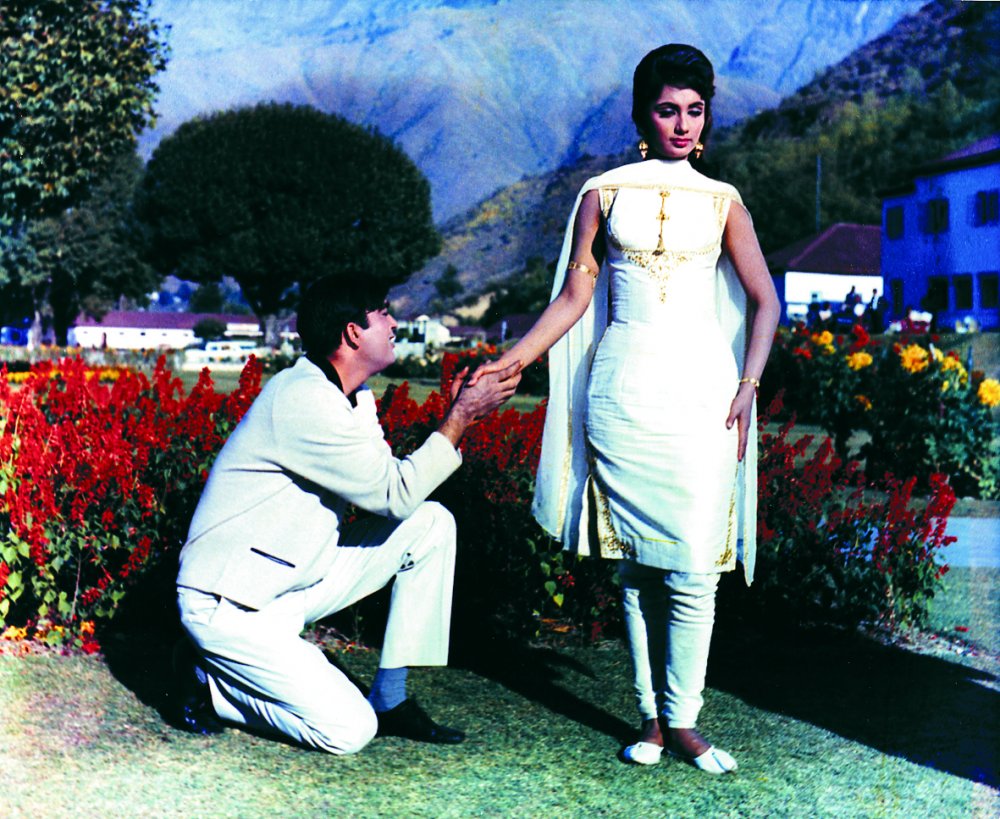 Raj Kapoor, another Punjabi with roots in what became Pakistan after Partition, defined a new romantic hero in the 1950s which also deeply influenced Yashji. Raj Kapoor, only eight years older than Yashji, was an adviser and a great influence as can be seen in Yashji’s style, including his ‘women in white’ and the hugely successful music which often drew on Punjabi tunes but was presented in a modern style. Yashji worked with the Kapoor family in many of his films, from Shashi and Rishi to Karisma and was pleased to see Ranbir becoming a leading star.

B.R. and Raj led the ‘Punjabification’ of the Indian film industry that took place from the 1940s onwards, where the norm became Punjabi music (first introduced by Ghulam Haider), dress and even the language. Yashji’s first films were made under the BR Films banner.

Dhool ka Phool (1959) was about an unmarried mother with the father chastised for abandoning his responsibility. It also dealt with Hindu-Muslim unity in the famous song: ‘Tu Hindu banega na Musalman banega, Insaan ki aulad hai, insaan banega’ (‘You Will Not Be a Hindu or a Muslim, You Are the Child of a Human and You Will Be a Human’).

Yashji’s second film, Dharmputra (1961), traced Hindu-Muslim relations from 1925 through the Partition, by having an anti-Muslim lead character who finds out during the riots that his mother is a Muslim. The film did not do well at the box-office though it is now recognised as one of the first films to raise the issue of Partition. 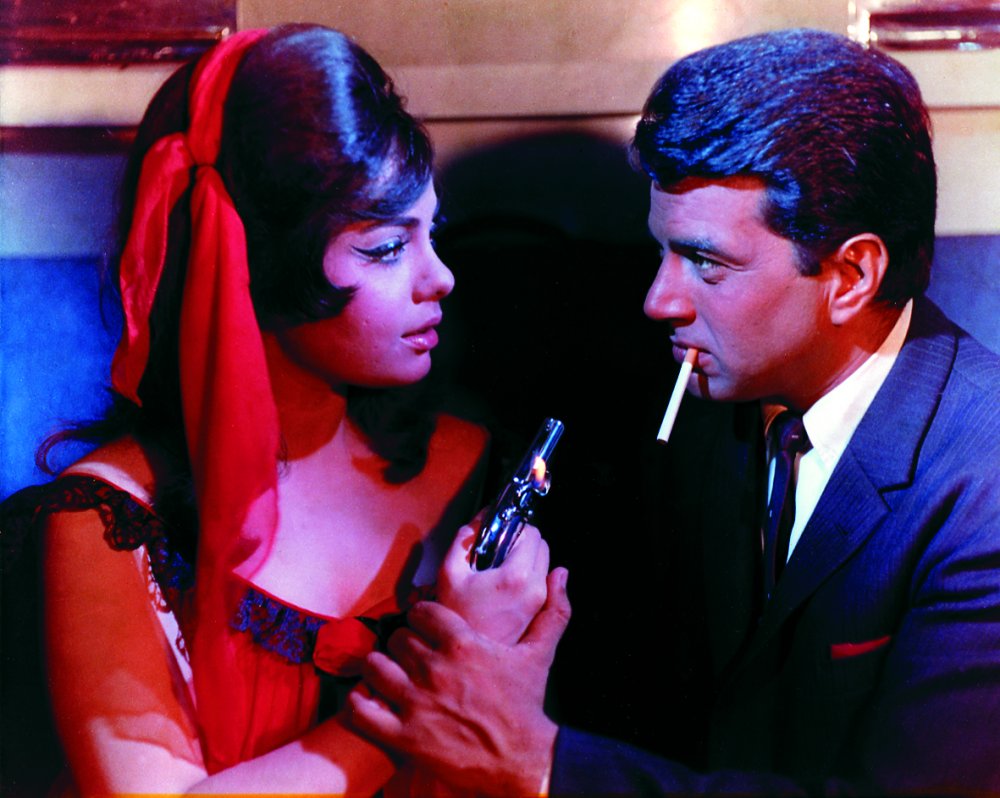 Waqt (1965) is also a landmark film as it set the style of modern urban Indian youth with its costumes, sets and lifestyle. It was also one of the first multi-starrers. It too referred to the Partition, in the separation of the family of Lala Kedarnath, which moved from an area where the language was Urdu, to Bombay – the earthquake symbolising the upheaval of Partition. The ‘Time’ of the title refers to fate, and the idea that we cannot control our destiny but must deal with what life gives us, summed up in the song ‘Aage bhi jaane na tu’.

After two more films with B.R. (Aadmi aur Insaan and Ittefaq, 1969), Yashji set up his own production house Yash Raj Films in 1971 and made his first film, Daag: A Poem of Love, in 1973. This was the decade in which Yashji began to work closely with Amitabh Bachchan, in two types of films.

First, the ‘Vijay’ series, scripted by Salim-Javed, where a wronged child seeks redress for the evils done to his family, whether by outsiders (Deewaar, 1975), or by a man who abandons his pregnant girlfriend (Trishul, 1978), or a man who fails in his duty and has to seek atonement (Kaala Patthar, 1979). These films are about a desire for justice, which is often denied by legitimate means, driving Vijay to take the law into his own hands to pursue what seems to be morally right. Shashi Kapoor embodied the responsible, law-abiding type whose contrast with Vijay underlines the theme.

The second are the ‘Amit’ films in which Bachchan played a romantic hero who struggles with his love against society but finally realises that he must find love within a conventional family structure: Kabhi Kabhie (1976) and Silsila (1981). The former raises issues of unmarried mothers, adoption as well as the relationship between parents and children, while the latter looks at the separation of lovers who want to reunite after their marriages but realise that they must adapt to their new lives. 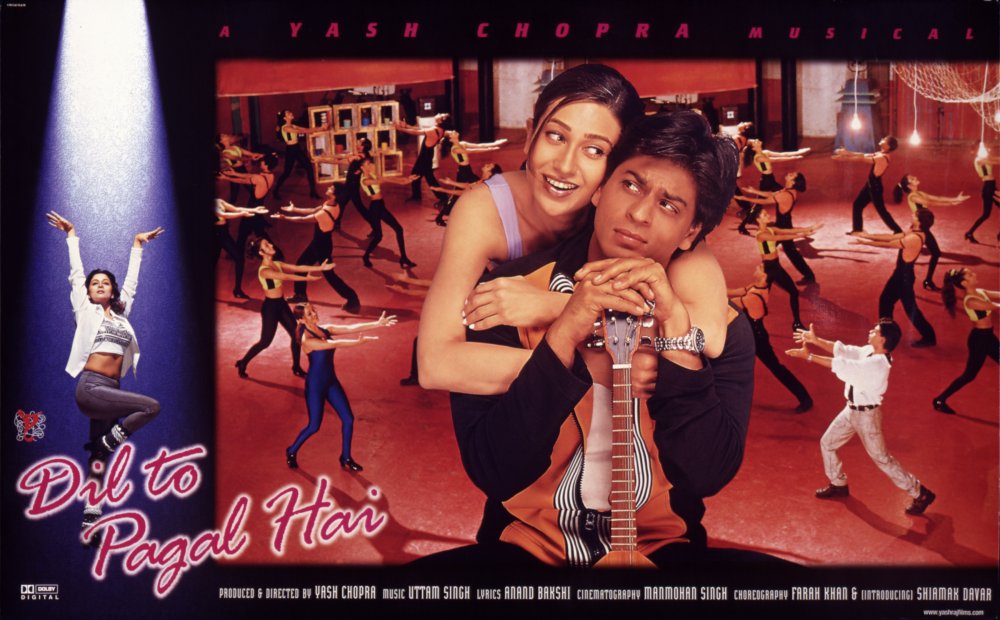 Yashji’s films in the 1980s were less successful, with Mashaal (1984) being about journalism and organised crime in Bombay – a senior journalist becomes a ganglord after his work is gagged and his life destroyed but the younger journalist uses media to fight crime successfully. Faasle (1985) is remembered only for being the first film Yashji shot in Switzerland, while Yashji said about Vijay (1988), “It was not a film from my heart but a commercial calculation.”

With Chandni (1989), Yashji returned to top form and his romantic brand was re-established. Although he made the dark Darr (1993), his first Shah Rukh Khan-starrer, and the more controversial Lamhe (1991), his only non-Punjabi film, the Yash Raj style was consolidated by Aditya Chopra’s ground-breaking Dilwale Dulhaniya Le Jayenge (1995), which influenced the ever-youthful Dil To Pagal Hai (1997). These films hit the optimistic note of new India, founded in tradition but modern and consumerist. Yashji’s aesthetic of ‘glamorous realism’, where wealthy and beautiful people had to deal with emotional issues, embodied the aspirations of the youth.

As Yash Raj Films became Hindi cinema’s leading film banner, Yashji took a risk with Veer Zaara (2004), a film that was more about Punjabiness than about India-Pakistan conflict. The film argues for the strength of Punjabi culture even if the couple is from distant communities. Yashji always wanted to film Ludhianvi’s Parchhaiyan, and the film was perhaps inspired by it. 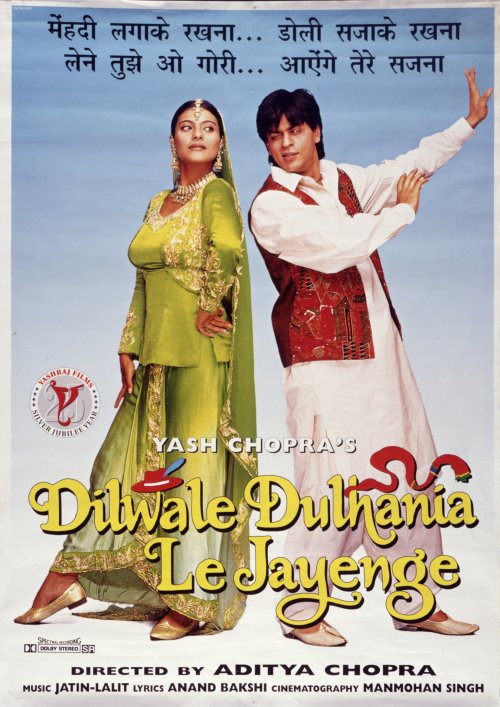 Yash Chopra was a complex person. Many knew the professional and public person, the filmmaker, producer, story writer, the shrewd businessman. There was another, private person, at times the quiet man and at others the boisterous and witty Punjabi family man, the affluent businessman yet the humble middle-class Indian personified.

His jovial Punjabi-Hindi style of speaking masked an acute mind and an extremely sharp analysis of people and business. His emotional intelligence and understanding of others as well as himself were startling, and he could communicate with family and friends silently, letting the other person know he knew what they thought and felt. Though he was tenacious in business, he was soft-hearted with his loved ones: “I am an emotional fool.”

Yashji had a great sense of duty whether at work or in private. Nothing made him happier than making films, then having his family and friends around him for a great meal: “Family, films and food”. His wife Pamela was the centre of his world and his strength, while his relationship with his sons was profound and close. Yashji wanted to be a good person and often asked me if he was. I wish I had told him that he was a great person and that I am honoured that he was my friend. His body may have gone but his films are immortal.