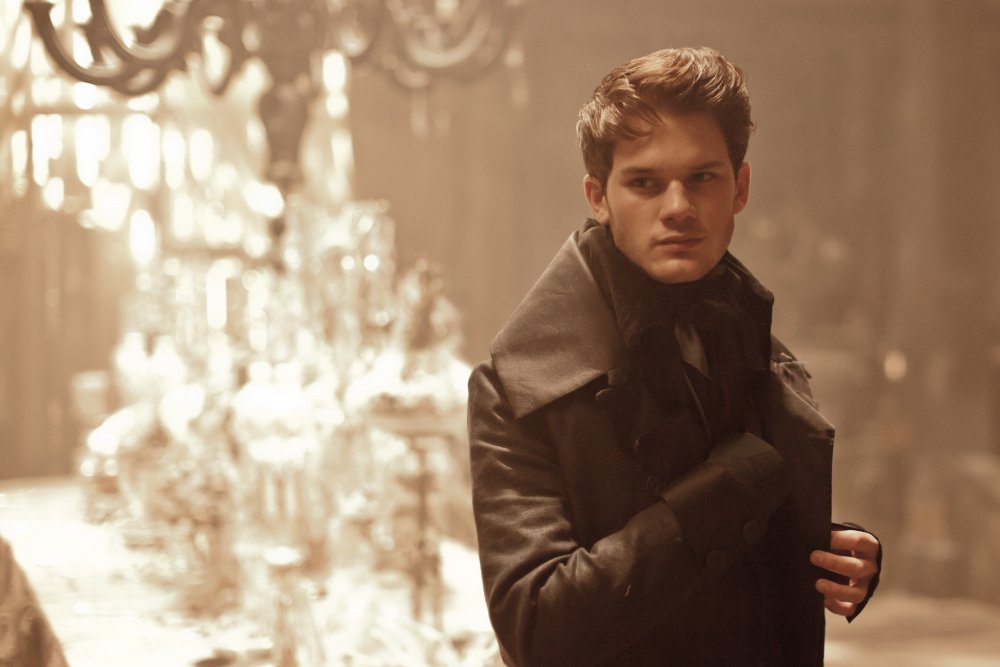 “I decided quite early that I didn’t want to be famous,” says Jeremy Irvine, his grin a wry acknowledgment that – try as he might to shut the stable door – the War Horse has already bolted. Chosen by Steven Spielberg for the lead role in the 2011 wartime drama, the Cambridgeshire-born actor’s film debut at the age of 21 provided an enviable springboard for an acting career.

“I was in the very privileged position of suddenly being offered a few things. I had the opportunity to do a very big, commercial movie, but I’d read a script called Now Is Good while I was filming and I knew that wouldn’t be for another six months. In that time I also had the chance to do Great Expectations. I turned down everything for six months after War Horse, because I wanted to do those two movies.”

So it is that, after a turn opposite Dakota Fanning in Ol Parker’s present-day drama Now Is Good (2012), the young actor found himself playing ‘Pip’ Pirrip, one of Charles Dickens’s most fortune-tossed protagonists. “With Great Expectations, I didn’t know any of the other actors were going to be involved,” Irvine explains. “I just read the script and thought it was fantastic and I knew Mike Newell was going to direct it, who I knew had done Donnie Brasco [1996], directing Al Pacino and Johnny Depp. That was the reason I took it.” 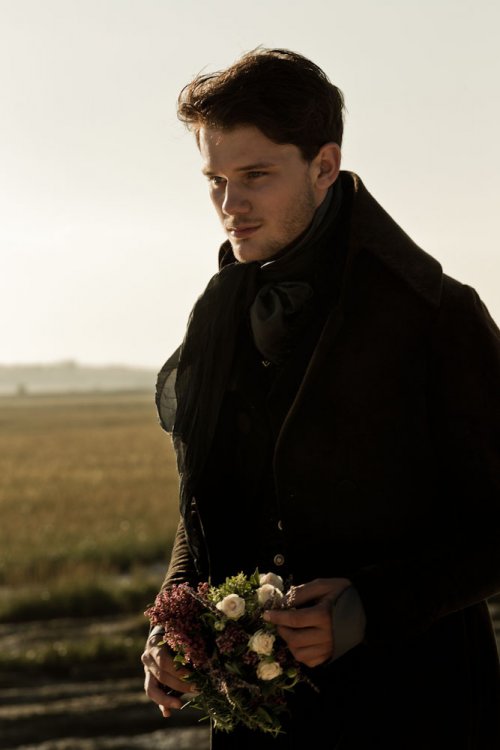 Irvine recalls that one of the first things Newell asked him was “why is Pip such a little shit?” Certainly the new Great Expectations departs from prior big screen adaptations in not loading audience sympathies in favour of this blacksmith-boy-turned-London-gentleman. Instead, he’s shown as an emotionally conflicted character, in love with the idea of his newfound status, which raises him above his humble and abused beginnings.

“There are two ways of reading Dickens,” Irvine claims. “[On the one hand] it’s slightly farcical: there are these characters with funny names, there’s a woman called Mrs Joe beating a child with a stick called ‘Tickler.’ Or you can read it for real, which is what [screenwriter] David Nicholls did. For Great Expectations, that makes so much more sense, because actually it’s not funny. This is a child who’s been the victim of the most awful domestic violence. He is constantly beaten. If it happened nowadays it would make you shudder.”

“In his head he comes up with this fantasy that if he becomes a gentleman that’s his way out of this life. So this isn’t some kind of childish, whimsical idea. This is a dark, burning obsession.”

Was Irvine intimidated by the memory of other onscreen Pips? “The last big screen period version was in 1946, the David Lean version. So I felt there was a lot of scope to bring it into the new era. The David Lean version is very much of the period. It’s a wonderful adaptation, but you have actors who are very withheld and they’re speaking to each other very, very properly; it’s all very contained. What we wanted to do was make a modern movie in period clothes.”

He continues: “You’ve got a character who’s so ferociously in love with someone, whether it’s reciprocated or not, but if he wants to scream at her, he screams at her. I always felt that if it went far enough then he would grab her and he would shake her, because that’s what he knows. With young kids, they’ve only got to see one bad period movie and they’ll go, ‘Oh, period movies are boring.’ This is a modern movie in period costume. We didn’t approach it any differently, apart from getting dressed up in silly clothes.” 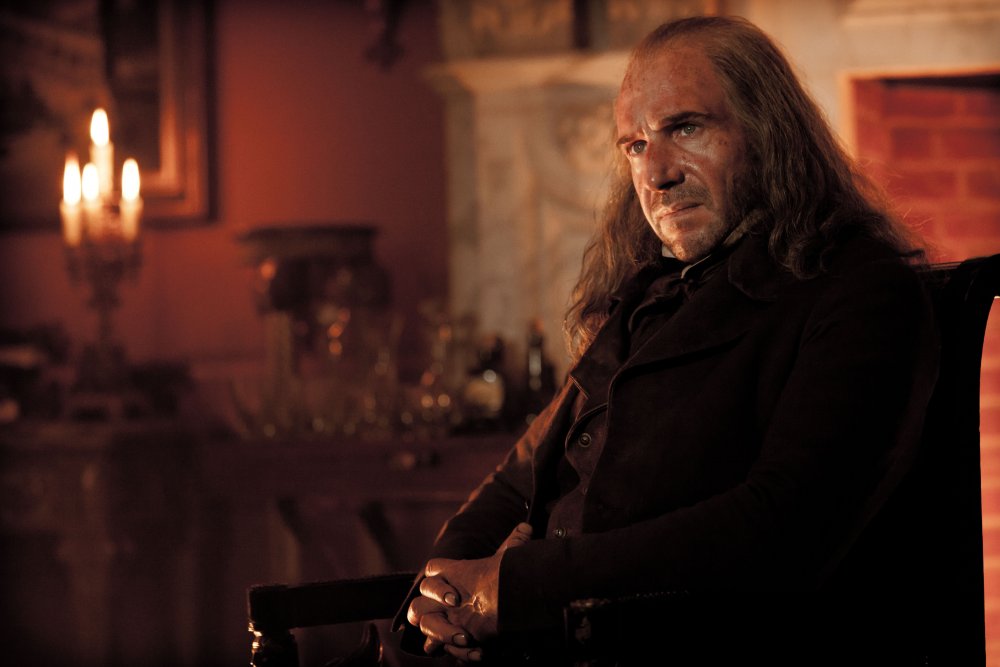 Irvine was joined in the dressing up by the likes of Ralph Fiennes, as the convict Magwitch, and Helena Bonham Carter as Miss Havisham  – big names for a young actor to find himself performing with. “I really connected with Ralph I think,” Irvine says. “He has this real intensity when he works. He completely becomes a character, completely submits to it. When he’s on set, he’s still committed. We’d be about to shoot a scene, and as Magwitch he’d be like ‘Alright, let’s improvise’, and we’d do a two- or three-minute improvisation, and then Mike would just roll the cameras. Ralph didn’t have to do that! I’m just a snotty nosed little kid!”

At the other end of the experience spectrum, Irvine’s kid brother Toby was brought in to play the young Pip. “I was at one of these ridiculous after-party things,” the elder brother remembers. “I don’t particularly like going to them, so I brought my mum along because I know that she gets a kick out of seeing [famous] people that she recognises. The casting director was there and she was saying, ‘I’m having such a hard time finding a young version of you.’ And my mum went, ‘I’ve got one at home.’”

“So [Toby and I] sat down together and went over the script and he just got it. It was infuriating! There was no vanity, he was just playing it for real.” 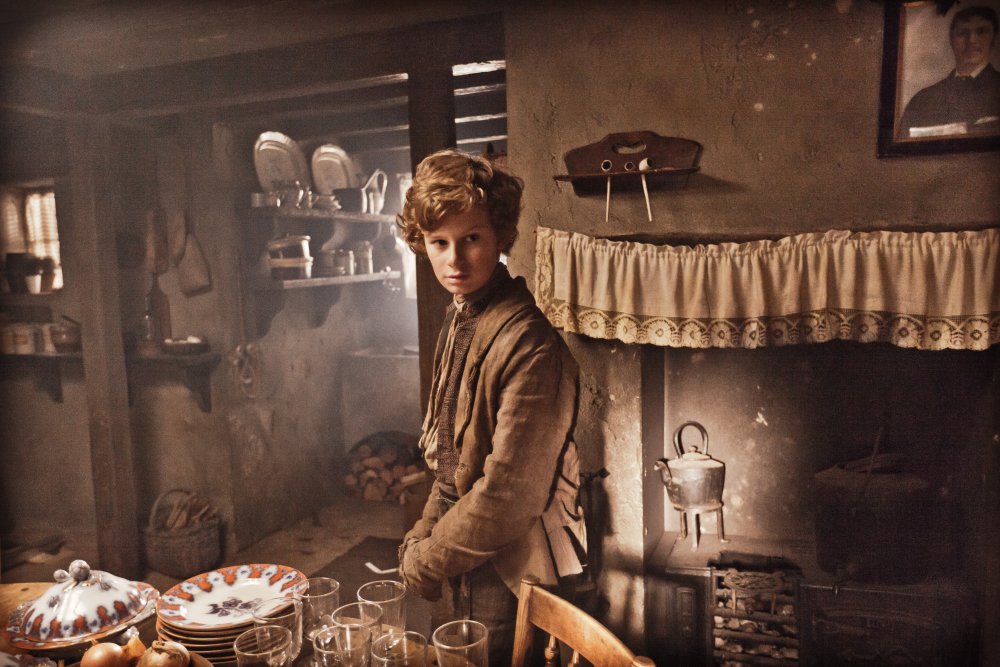 It did mean that his mother spent time on set as Toby’s chaperone. Was it disconcerting to have some of his family show up to his work? “I didn’t let them watch me shoot,” says Irvine. “You can feel quite silly sometimes. Half the time in War Horse I was talking to a tennis ball on the end of a broom! There’s an atmosphere on set that’s an unspoken thing – you have to feel very comfortable because what you’re doing effectively is being an eight-year-old and playing make-believe and dressing up. It’s bad enough when your mum walks in on you in the shower, let alone seeing you trying to get the tears up and do an emotional scene.”

But the actor clearly gets a kick out of sharing some aspects of his newfound fame with his family. One moment in particular sticks in his memory: “After the premiere of War Horse, we got invited by the Prince and Princess of Wales to go back to the palace for drinks. It was mental! There was no way I was going to be able to appreciate this, so I grabbed my grandma and bundled over to a car and off we went. That’s so much cooler that I can say I took my grandma to Buckingham Palace for drinks with the future king and queen of England!”