Then and now: Red Desert reviewed

As Red Desert (1964), Michelangelo Antonioni’s unsettling vision of life in a forbidding industrial landscape, is rereleased across the UK, we round up this week’s reviews and compare them with what critics said at the time of the film’s original release. 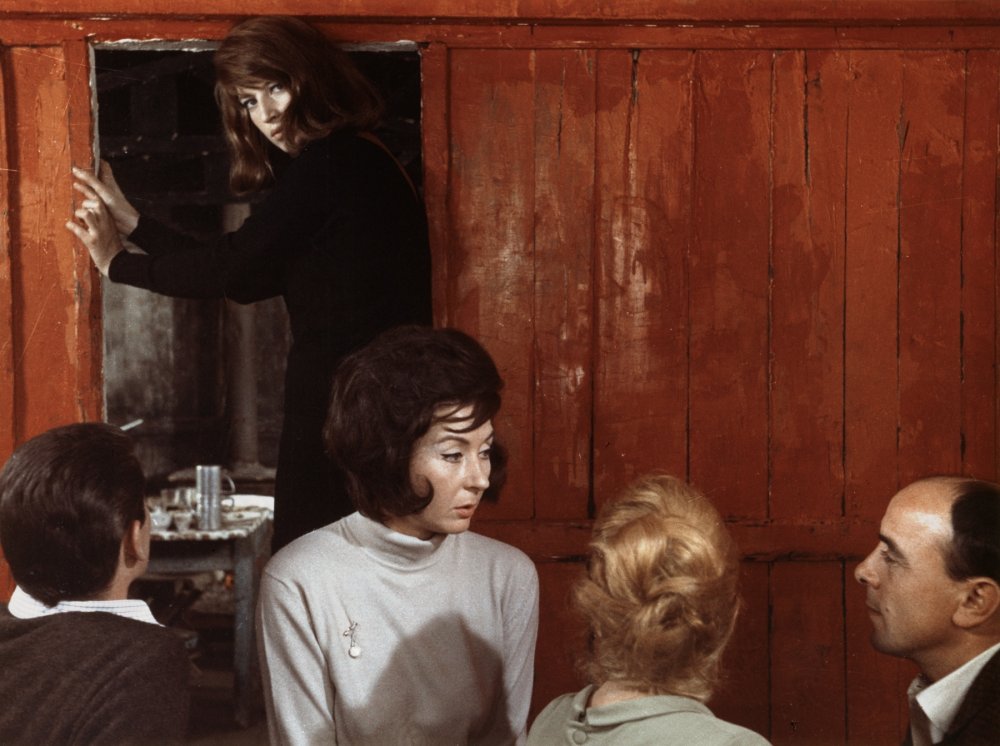 “Colour in the cinema, once a source of anguish and a longing for dark glasses, has become a positive pleasure,” wrote Sunday Times film critic Dilys Powell in April 1965, going on to reel off some of the more recent glories of the colour film. “All the same, watching Michelangelo Antonioni’s Red Desert, I felt I had never before seen colour in a film.”

At the start, the impression of looking at reality. The wet glistening road running beside the factory, the plumes of smoke, the girders and the pipelines, the stains of rust on concrete – it was as if for the first time in the cinema one saw the colours of steel and stone.

In the Financial Times that week, Penelope Houston found herself equally bedazzled:

Colour takes Antonioni into a new dimension, and what he finds there is a strange and ominous beauty. This is a dislocated world, at sea and emotionally adrift, in which a ship slides up through the fog at a quayside, a yellow quarantine flag is hoisted, and suddenly a gaping fissure has opened in the surface of security.

Rereleased nationwide today, the Italian director’s first colour film is set against a forbidding industrial landscape, where the mentally fragile young wife (Monica Vitti) of a factory engineer finds herself increasingly drawn to one of her husband’s handsome associates (Richard Harris).

It’s a challenging, oppressively atmospheric film, but nearly half a century after its original release today’s film critics seem no less in awe of Red Desert (Il deserto rosso) as an immersive and unsettling experience. Writes Robbie Collin in The Daily Telegraph:

In a column for The Guardian last week, John Patterson confessed to intoxication with the film’s sights and sounds (“Shot after shot in this movie fires the mind and the senses, even if it’s some smokestack belching poisonous yellow smoke.”), while the paper’s film critic Peter Bradshaw finds that Antonioni transforms the drab factory-land setting into something truly otherworldly:

With its long takes and strange, electronic music, it looks eerily like a sci-fi movie, set on an alien world, an interplanetary colonial outpost, where sensitive earthlings have to swallow their distaste for their surroundings and think about the profits: this is a film to set alongside Alphaville or Solaris. 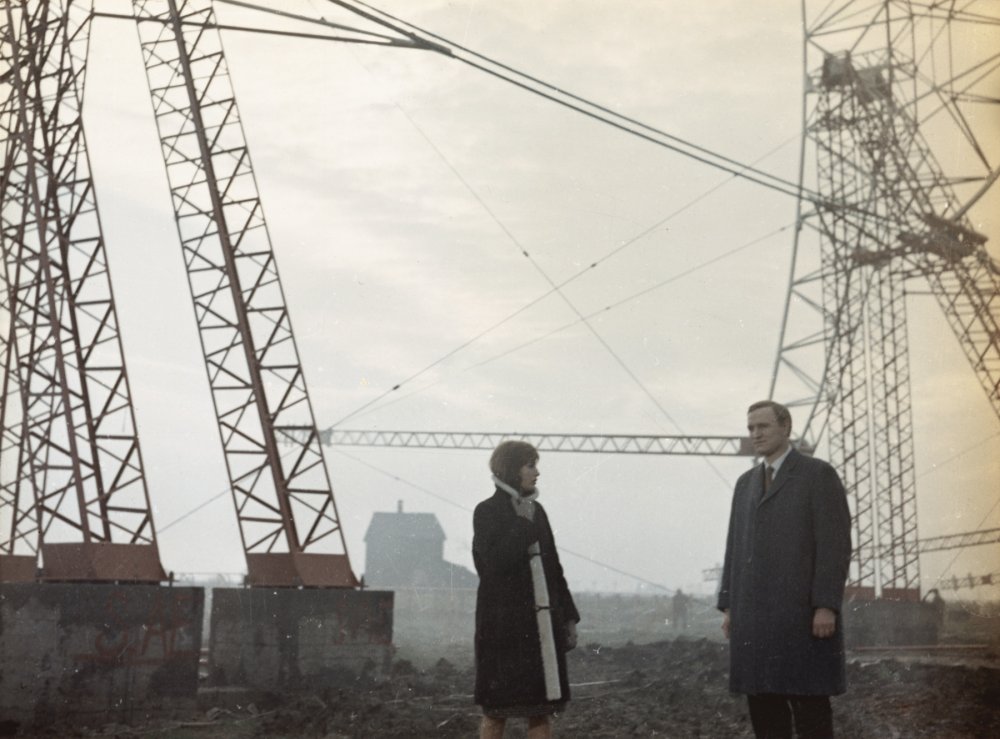 For Andrew Schenker at Little White Lies, Antonioni veers closer to horror than sci-fi: “At times, Red Desert feels like nothing so much as a horror film, one whose perfectly realised visual and aural design exactly mirror the crisis and confusion of its lead character.” Schenker is in no doubt about the film’s standing, concluding that “Red Desert is Antonioni’s clearest, most striking statement of purpose – and one of cinema’s great films.”

Peter Bradshaw’s 1965 counterpart at The Guardian, Richard Roud, was similarly emphatic, acclaiming it as “probably Antonioni’s best film” and “the most important film of its year”, at the same time that he sounded some doubts about Monica Vitti’s central performance:

Vitti has been asked to do more than she – or perhaps anyone – could do. In the role of Giuliana, she alone has to carry the burden of the film. Giuliana is the neurotic wife of an engineer in the new industrial Ravenna. But Antonioni means her to be much more than that: she is meant to symbolise man’s inability to come to terms with modern life, to represent an ever-widening split between science and morality, between technology and the emotions. 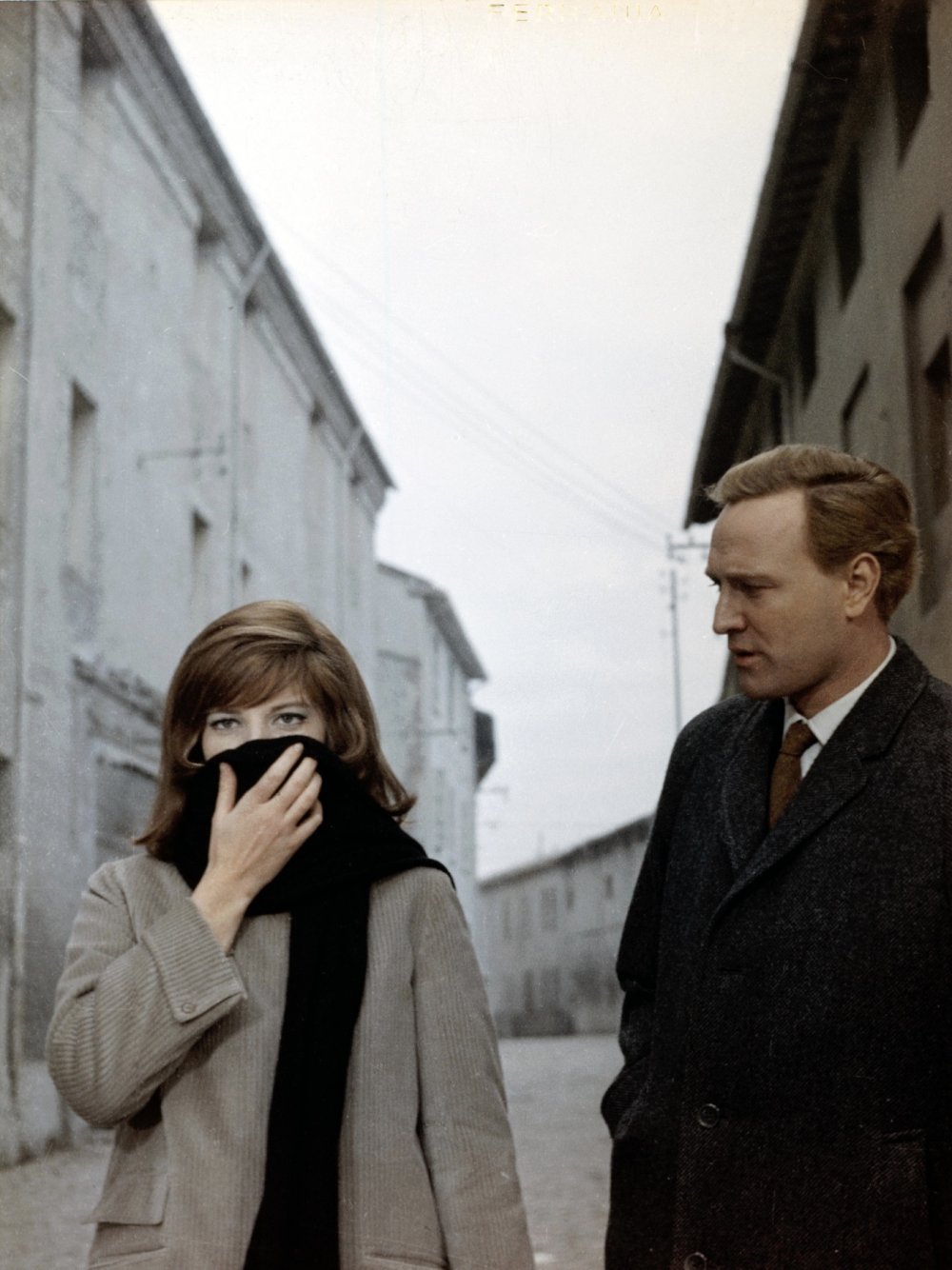 Tom Huddleston voiced corresponding concerns in this week’s Time Out:

The film hasn’t entirely escaped the ravages of time: Vitti’s performance feels a little emphatic, her declarations of suffering too stark to be believable, while Antonioni’s attitude towards her often feels patronising.

But, from the vantage point of nearly 50 years, he concludes that Antonioni’s film “offers a prophetic vision of modernity unlike any other, and for that reason alone is worth revisiting.”

Those 50 years would seem to have done little to dull the film’s power to unbalance the viewer. At mostlyfilm.com, writer Philip Concannon admits it “is not an easy film to embrace” but he feels drawn to its small moments of discomfiting mystery:

Amid many strange and inexplicable moments in Red Desert, I remain haunted by the appearance of a street merchant early in the film, who sits silently with a despairing look in his eyes, next to a cart full of merchandise that’s as grey as the walls behind him. His presence is never accounted for or even given much weight within the context of the film, but it’s one of those teasingly elusive touches that makes Red Desert such a fascinating, maddening, seductive film.