Then and now: It Always Rains on Sunday reviewed

As Ealing’s evocative post-war thriller is rereleased nationwide, we compare today’s reviews with those from yesteryear. 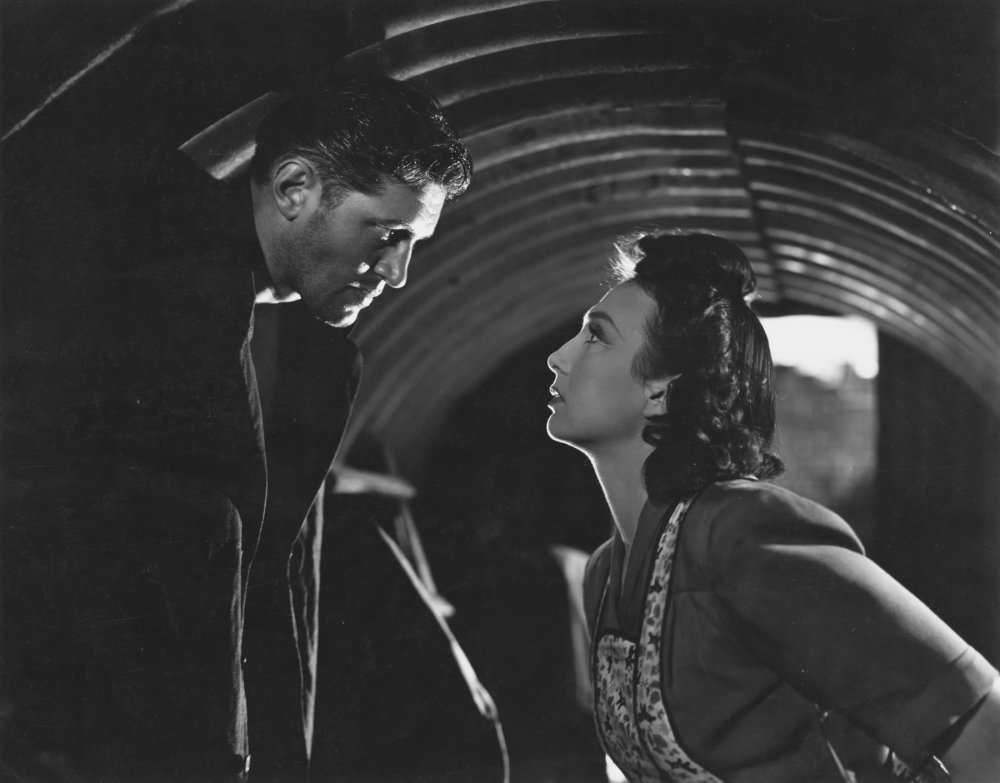 In Ealing’s tipping of the scales between shades of light and dark, the output of Worcestershire-born director Robert Hamer could always be relied upon to swing the balance. Influenced by the poetic atmosphere of pre-war French cinema, Hamer’s films, from Pink String and Sealing Wax (1945) to Kind Hearts and Coronets (1949), are full of shadows, iniquity and black-as-night humour.

Now back in cinemas, Hamer’s It Always Rains on Sunday (1947) is a tale of murky East End market streets and even murkier morality, a downbeat thriller about the hunt for a runaway convict which doubles as an evocative snapshot of working class life in the years immediately after the war. As Graham Fuller writes on The Arts Desk:

It Always Rains on Sunday wasn’t one of Ealing Studios’ famous comedies, but a film suffused with resignation and realism. That’s not to say the 1947 classic is monotonous: how could it be when it’s a bickering domestic drama, a panoramic portrait of Bethnal Green street culture, and a thriller that draws on French poetic realism and American film noir?

The film is in many ways a precursor to kitchen-sink movies like Saturday Night and Sunday Morning – and that huge, teeming market scene bears comparison with Carné’s Les Enfants du Paradis. It follows a typical Sunday in a working-class neighbourhood. It’s raining of course, but there’s nothing dull and Sunday-ish about what’s going to happen. 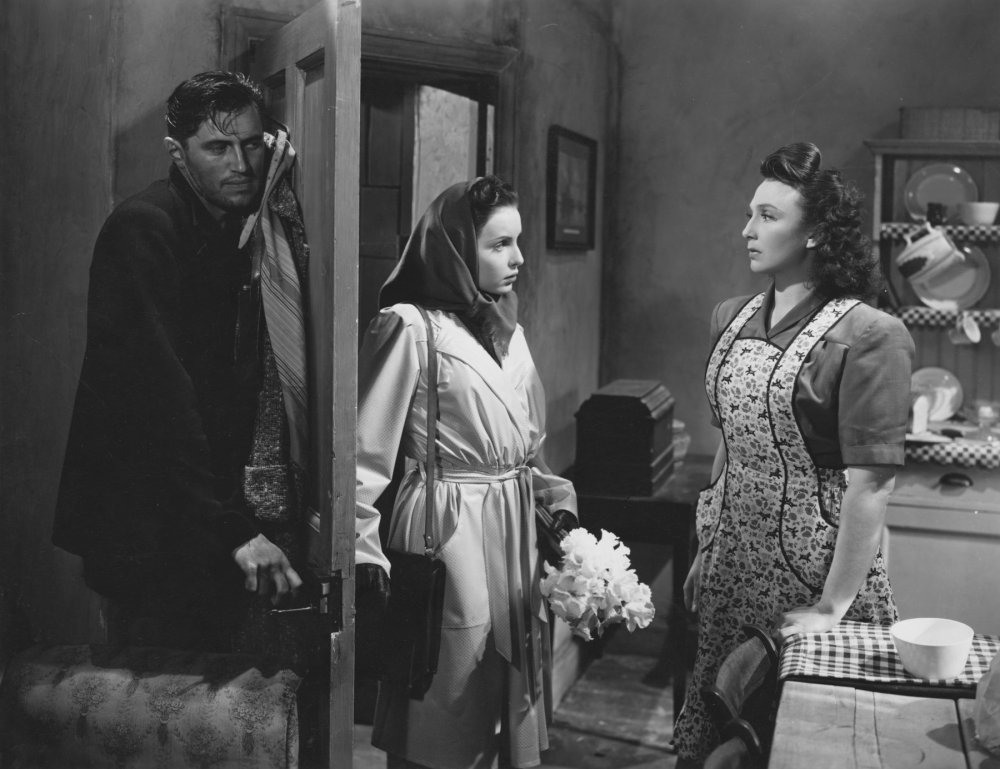 Hamer’s astonishing directorial marshalling brings together clamorous sound design (in a breathlessly executed crane shot over an outdoor market) and, in its heart-stopping train yard chase finale, ravishing chiaroscuro photography care of Brit ace, Douglas Slocombe. But above all, this a showcase for the colossal acting talents of Withers, whose subtle, intricate performance betrays a woman who quickly learns the difference between the noxious allure of the slickly turned out petty crim and the potentially dire (but oh so exciting!) consequences of clinging to the arm of a globehopping gangster.

Back in 1947, some critics didn’t seem quite ready for such dour atmospherics. Even the title was found off-putting. Wrote the Daily Express:

Have you ever heard a more depressing title than It Always Rains on Sunday, which is the name some damp-minded genius has given to the new film which had its premiere last night at the Odeon, Leicester Square? Bless my soul, merely looking at it on paper makes you feel miserable. Can you imagine how much worse it will be to see it staring dolefully from a wall or a billboard this winter? 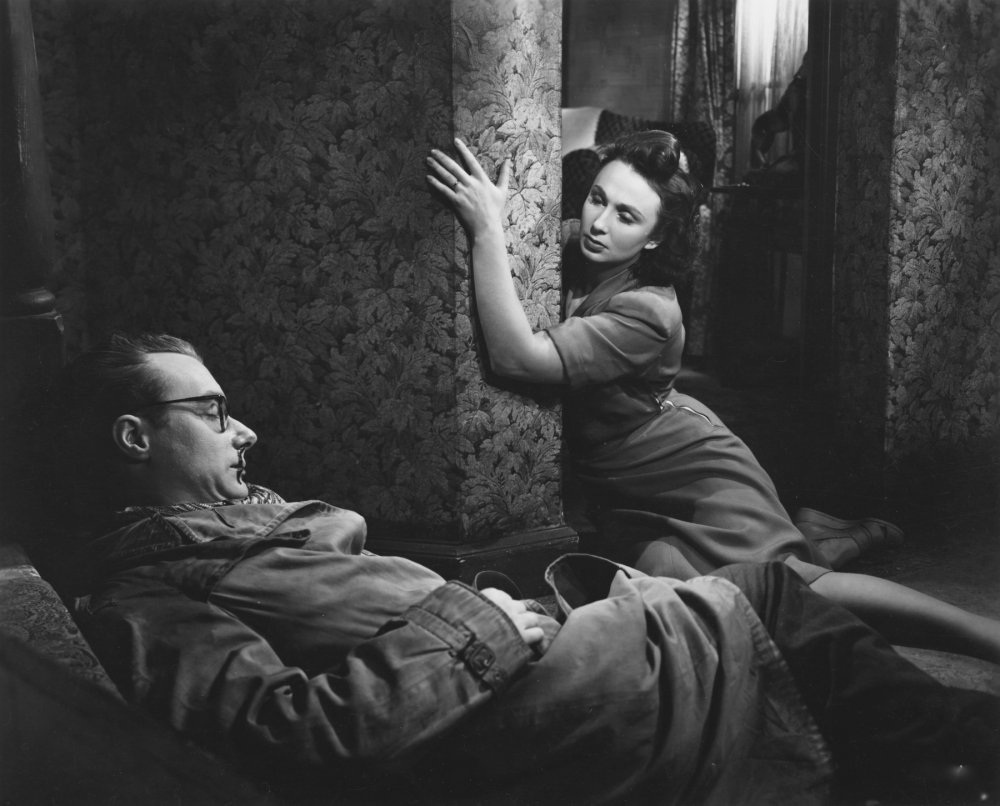 Dilys Powell, writing in The Sunday Times, managed to get past the sombre title to acclaim the film’s teeming life:

The grey streets, the music-shop, the pub, the market-stalls – these, indeed, are drawn with assurance. But there is something more: an amused, devoted attention to the tiny decorations of the everyday, to the chattering neighbour, the darts game and the black cat brushed with an exasperated gesture off the sofa-head.

That week’s Spectator was also admiring, but found an objection on meteorological grounds:

Although it is true that it does nearly always rain on Sunday, it is equally true that Mondays are often quite fine, and it is odd that nobody has noticed that poverty, vice and squalor flourish in dry weather as well as in wet. One of these days an up-and-coming producer will plant his criminal types, his escaped convicts, his spivs and bookies and burglars in a brilliantly sunlit setting, but at the moment it is, apparently, too revolutionary to expect criminals to work on fine days, and in the film at the Odeon everybody is, as usual, soaking wet from first to last.