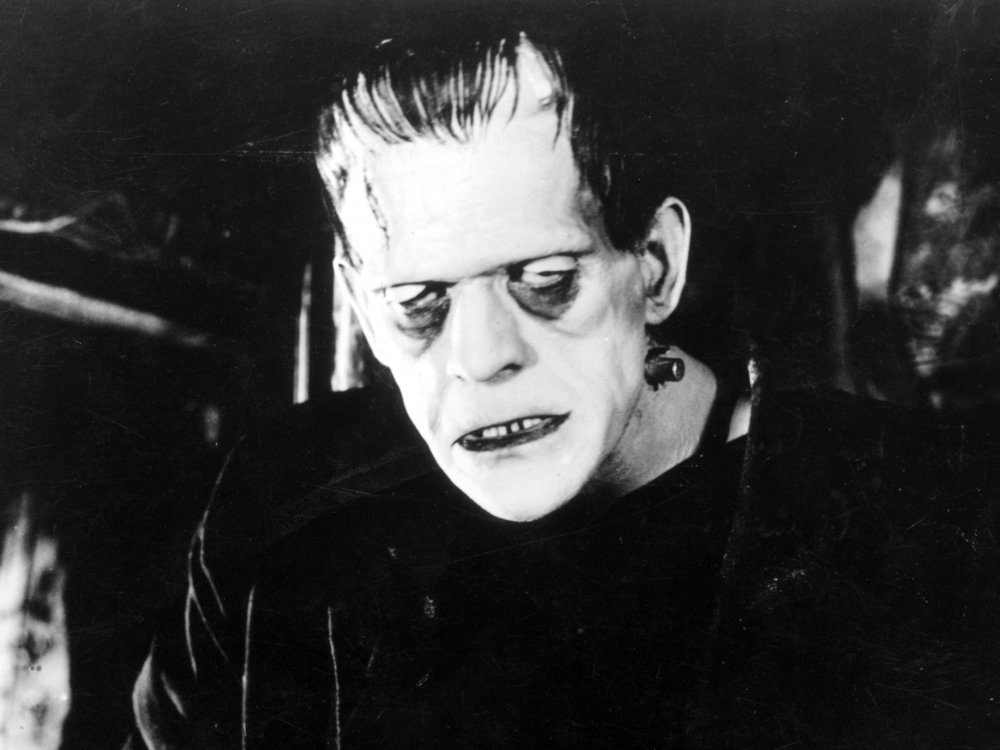 Nobody has ever asked me, “who is your favourite actor?” But if anybody ever did, I would not hesitate to reply, “Boris Karloff, of course.” Cumulatively, Karloff has given me more pleasure over the years than any other silver screen star.

Born William Henry Pratt in 1887, Boris honed his craft on stage and in silent films. His big break, of course, was when he played Frankenstein’s creation in the 1931 Universal classic. I hesitate to say ‘monster’ because Karloff imbued the character with a sad, subtle melancholic pathos – this ‘monster’ was victim, not villain. Such was Karloff’s talent.

In a career that spanned many decades, Boris was indeed superb as monsters and mad scientists, but his strong associations with the cinema of the fantastic perhaps limited the respect he was given then, and the way he is remembered today. Still underrated, in my opinion, he was a superb, gently expressive actor, modest of his immense talents, a consummate professional and, by all accounts, the archetypal English gentleman. And what’s more, I share his surname, so I’ve always felt like he was a member of the family, often affectionately referring to him as ‘Uncle Boris’.

He was an actor of great warmth and presence. He could disguise weak material with the wonderful skill of his performance; he always seemed to give it his all. Though he sometimes played the bogey man, I always felt that there was a kind friend beneath the makeup.

Another question nobody has ever asked me is, “could you suggest 10 Karloff films that reflect some of the many diverse facets of his talent?” I don’t expect anybody ever will. But if they did, the following might be my answer. 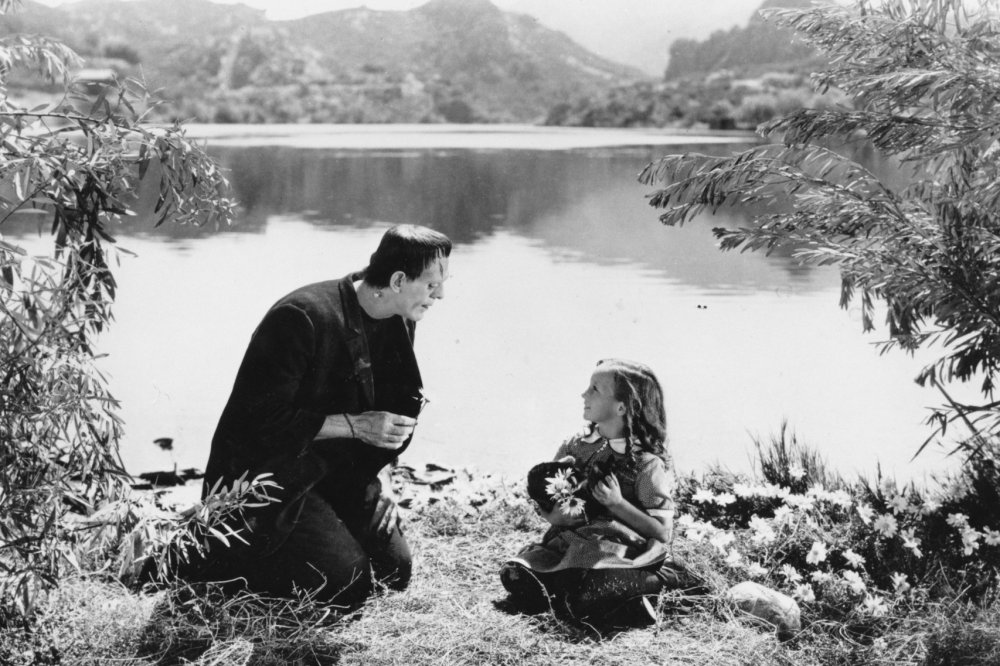 The film that will forever be associated with Karloff. Remarkably, Jack Pierce’s definitive makeup doesn’t obscure Boris’s acting – just watch his eyes, his hands. It’s a masterclass. The monster’s confusion, after he mistakenly casts a little girl into a lake thinking she will float like a flower, will haunt you forever. 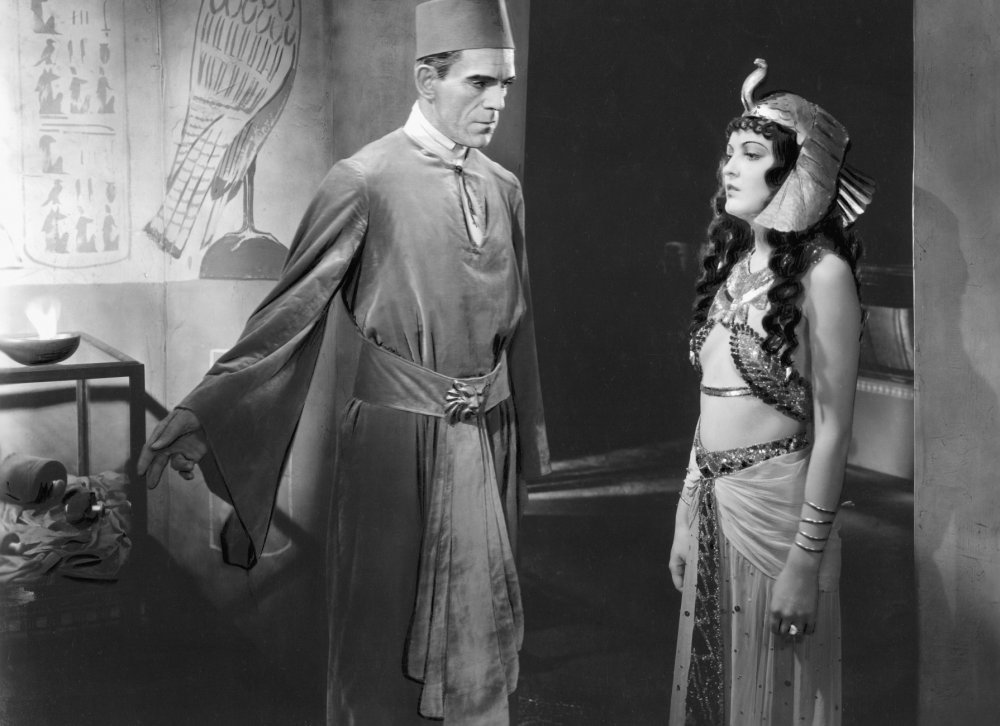 Karloff could play other kinds of monsters, too: here he’s Imhotep, reanimated ancient Egyptian priest. Revel in pure cinematic wonder as desiccated Karloff awakes in his sarcophagus. The only problem is that he loses his funereal wrappings too quickly. But never mind – he looks great in a fez.

Karloff flexes his acting muscles in a remarkable double role, expertly playing twin noblemen – one good, one evil – in this shadowy chiller set in 18th-century Hungary. The film was one of Karloff’s favourites. 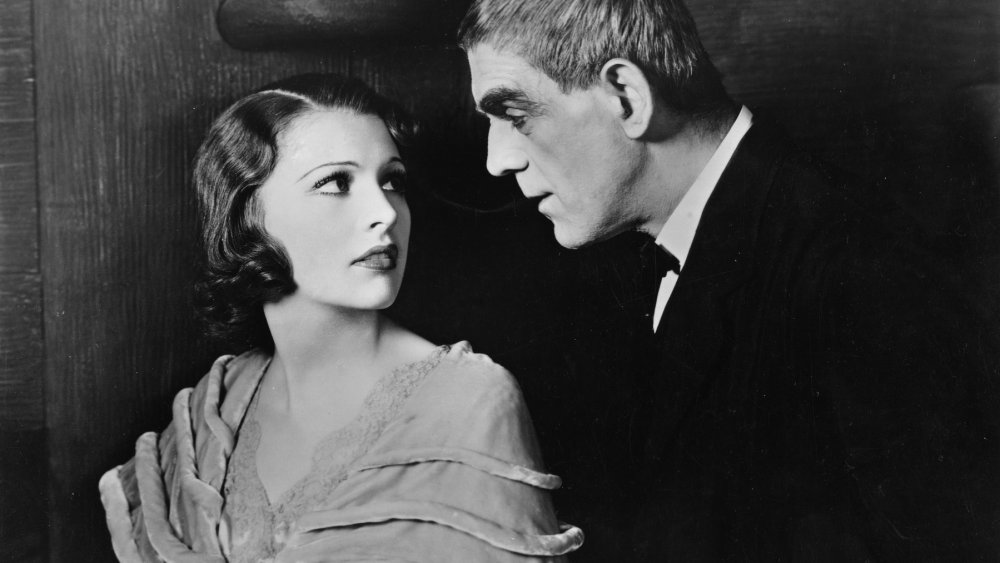 This gruesome classic pitted Boris – as fugitive murderer on the run – against Bela Lugosi – as crazed Poe-obsessed surgeon with a basement filled with custom-built torture devices. Does Bela steal the show? You decide. 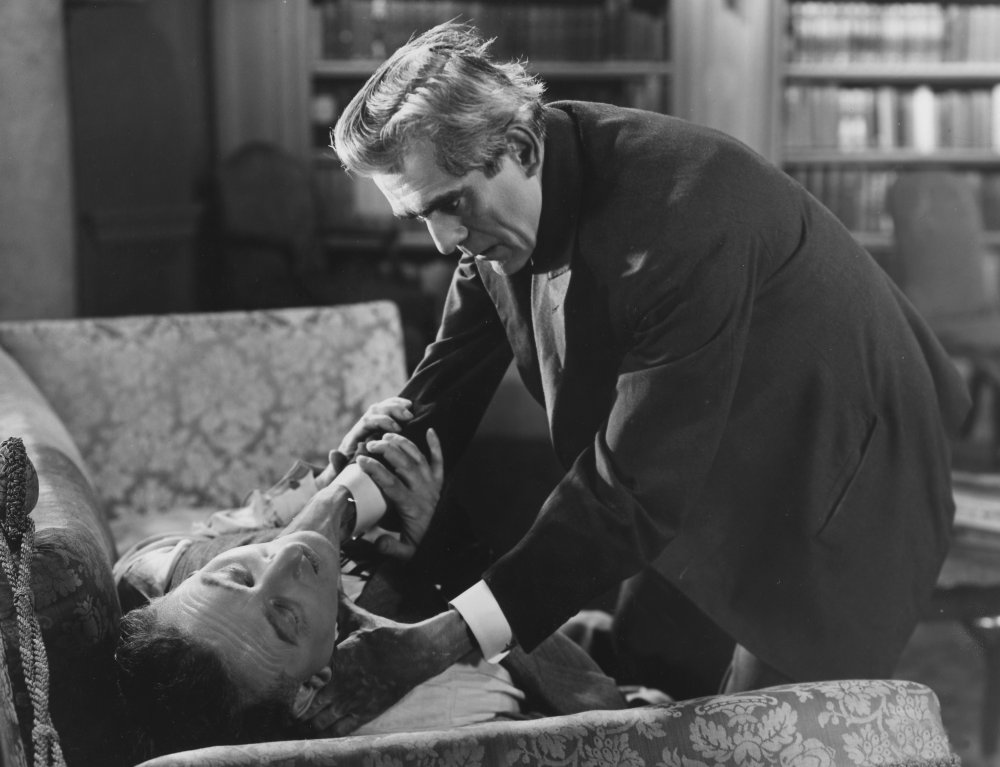 The Man Who Changed His Mind (Robert Stevenson, 1936)

Karloff excelled at mad scientists, often driven insane by “fools at the Institute” – white-bearded fuddy-duddies – too foolish to heed his amazing discoveries. Here Karloff can transfer the ‘mind contact’ of one brain to another. There’s fun stuff with chimpanzees and spirited support from the lovely Anna Lee.

Karloff made his fair share of ludicrous B pictures. This may be the most ludicrous, but it’s no less wonderful for that. No matter the material, Karloff gave it everything, bringing dignity to his performance as a surgeon who impersonates an ape in his quest for spinal fluid for an experimental serum. Don’t stop to think, just watch and enjoy. 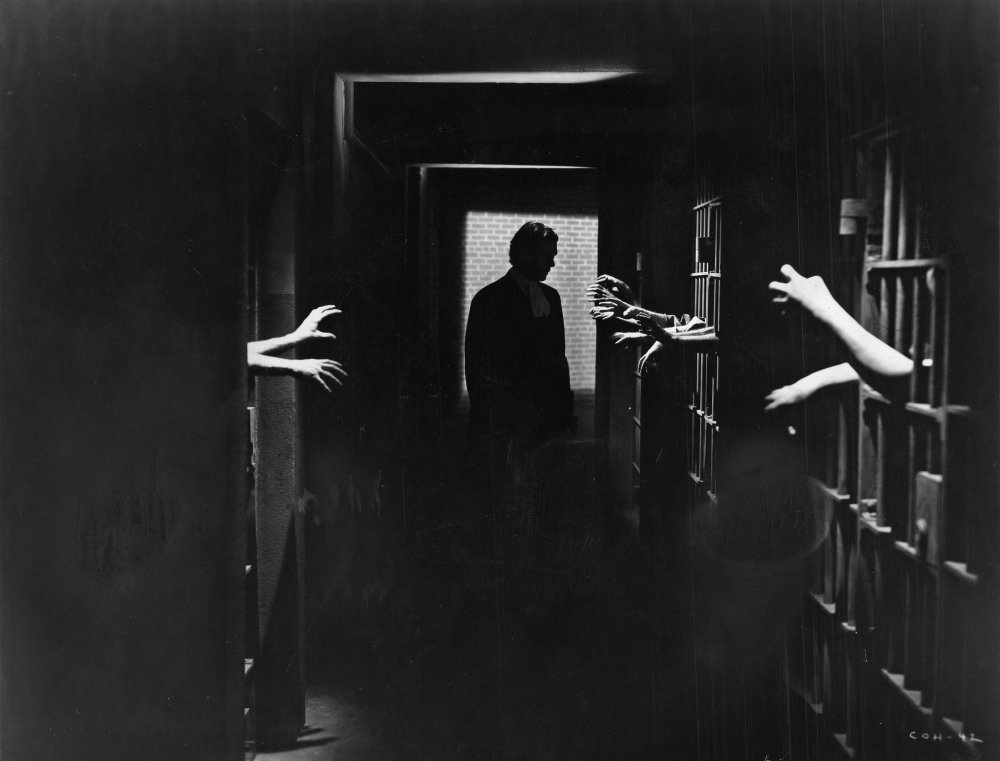 Amid Boris’s B pictures lurked superb A pictures in low-budget disguise – like this creepy period piece, concocted by Val Lewton’s crack team over at RKO. As the corrupt head physician of the infamous London asylum, his eyes glittering beneath his powdered wig, Boris never seemed more evil. 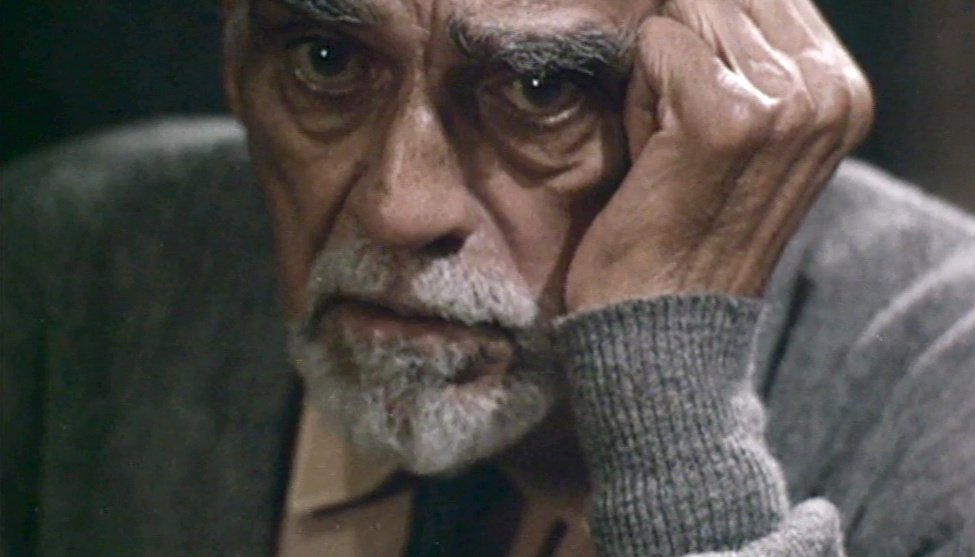 With the help of gifted British director Michael Reeves, Karloff’s mad scientist was ingeniously repackaged for the swingin’ set, in this superb thought-control chiller set around the groovy nightspots of the Big Black Smoke. Karloff targets a jaded mod in a grimy Wimpy Bar – hep young Ian Ogilvy – to assist him in his sinister psychedelic experiments. 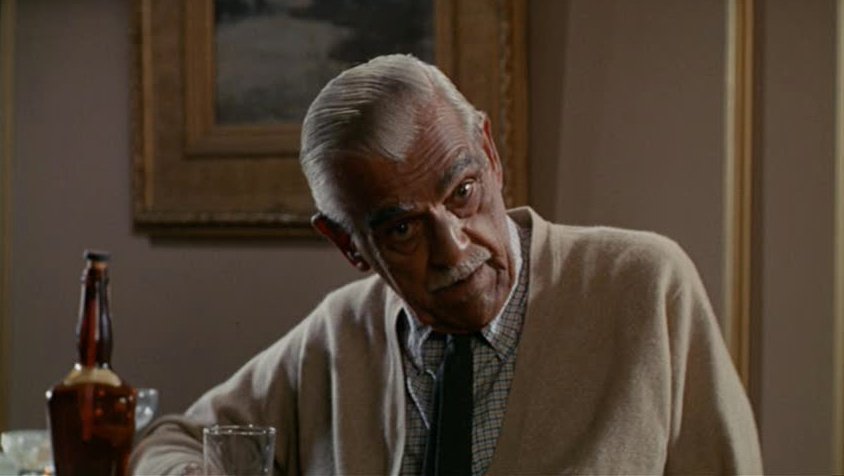 This startling late classic saw Karloff self-referentially cast as old-school horror star Byron Orlok, forced to confront the arbitrary violence of the modern world. Karloff was only hired for two days’ shooting; but so impressed was Karloff with the upcoming young director – who wrote the film especially for him – that he worked on for free to get it done. Almost an elegy both to Karloff and a lost wonderland of cinematic innocence, it’s a fine coda to Karloff’s career…

…except that Karloff was not a man for codas. He kept working. Here we see how he could improve a well-below-par film purely through the power of his own performance. Despite ill-health, mystically he instilled glimmers of quality into this and three other Mexican-US co-productions released after his death. Against the odds, while Boris is onscreen, it’s alive… as a certain Dr Frankenstein once said.

And once you’ve watched these 10 – remember, that’s only the beginning!