In Toronto to promote his acclaimed chiller Berberian Sound Studio, Peter Strickland gives a director’s perspective on the joys and tribulations of a film festival. 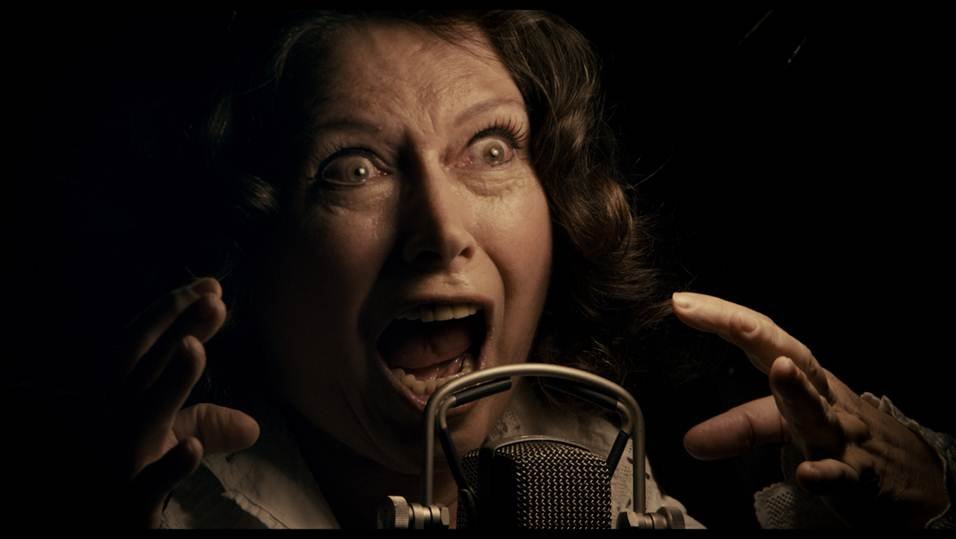 The whole irony of attending film festivals as a filmmaker is that you barely have a chance to see anything apart from your own work. If I know I have a full schedule, often I don’t even bother looking at the programme in case frustration gets the better of me. The Toronto International Film Festival was Berberian Sound Studio’s first trip across the Atlantic, so it was clear from early on that I’d need to buck up my ideas regarding seeing other films or indulging in any tourist activities.

Since this was my first ever visit to Canada, the sightseer in me took precedence over the film fan. If one is doing the festival rounds, it’s more than likely that you’ll catch the films you want to see somewhere else, whereas going to the Niagara Falls is a once in a lifetime chance for me. As desperate as I was to go to the waterfalls, promotional duties and meetings had to come first. I would need four hours just for the bus journey to the Niagara Falls and back, so finding a five- or six-hour window was starting to become problematic.

Three or four people tirelessly worked together to accommodate press interviews, meetings with agents, financiers, and my tourist request, which must have been an organisational headache. I had the easy part – to just talk about my obsessions all day. It can occasionally be demanding to answer the same questions during a run of interviews, but any director who complains about that has clearly never experienced what it’s like doing a truly dull job for a living.

The interviews seemed to go well even though I have no idea how they’ll come across in print. At least we’re speaking the same language, which limits the scope of misinterpretation. Interviews done for non-English publications are notorious for their exotic translations.

I remember once joking to a journalist that when the post-production of my first film – Katalin Varga (2009) – collapsed, I tried to be sanguine and at least view the whole experience as a good Hungarian lesson, albeit a very expensive one. The interview was translated into Serbian and then back into English claiming that when it all went wrong with Katalin Varga, I quickly arranged to have very expensive Hungarian lessons. It’s an apt image: a crack unit of highly trained, very expensive Hungarian teachers dropping into Transylvania via parachute to help me out, but not quite what I meant. 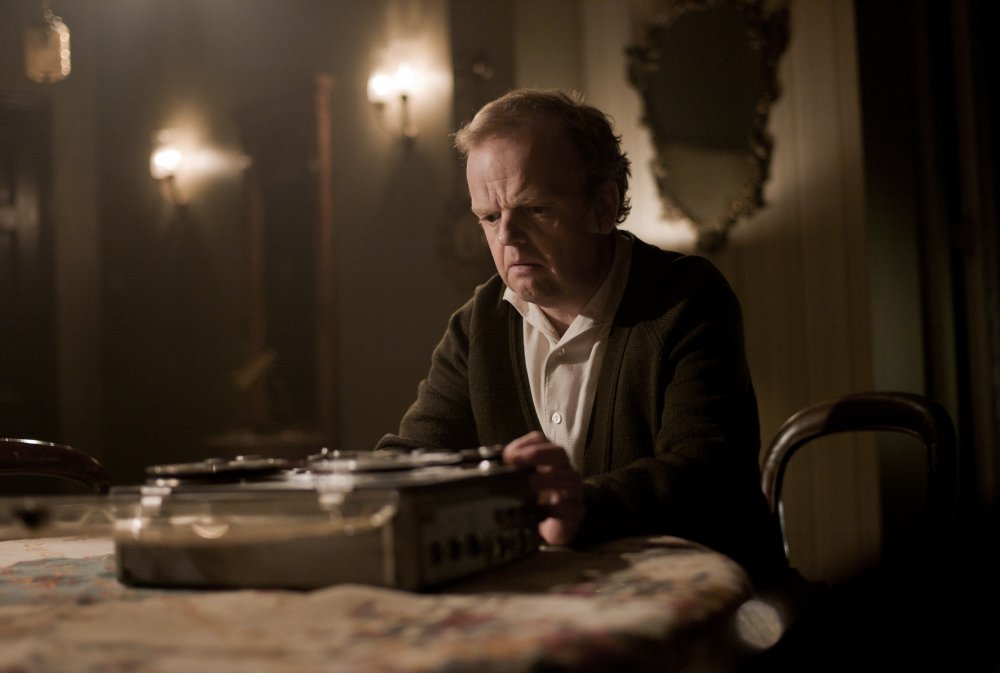 The highlight of the two days of interviews was meeting the film writer Jason Anderson, the brother of Donald Anderson, who used to write the stellar fanzine, The Space Age Bachelor. I always used to buy each issue from the record shop Rough Trade in London during the 90s and it certainly fed my love of Broadcast (who did the Berberian soundtrack) and associated music. The writer was taken aback during the interview when I asked if he was related to the guy from the fanzine. We spent most of out time together talking about how great the music covered by the fanzine was, which is part of what Berberian tries to communicate as a film.

Later in the day, one journalist gave me a blue suitcase crammed with hair products and body lotions. Not the most useful gifts for a bald man. There must’ve been some kind of misunderstanding, but I figured the gifts would be of use to a few people I know with hair.

The worst thing about interviews is the photographs you have to do after. I relish the thought of talking about filmmaking and music all day, but having my photo taken is not much fun. It’s the cruelest irony of the job – those who love to be behind the camera are frequently forced to stand in front of it. Maybe it’s a kind of divine justice for not sympathising enough with the burden actors face for being so exposed. As much as I understand that the photographers are just doing their job, it’s something that I find uncomfortable at the best of times.

Hardly worth complaining about given the privileges of the job, so I’ll put a sock in it. On the plus side, photographers were nowhere to be seen when guests were off duty or at dinners. The photography in some festivals can be invasive when you’re just trying to eat and drink. No guest is spared at these functions. The trick I’ve learnt is to do my eating and drinking in non-festival haunts and pay for it all myself. It’s a small price to pay for being spared the indignity of seeing a photo of myself chewing away on canapés like a llama.

When it came to the screenings of Berberian, I made a brief introduction and answered questions after the film. Q&As are usually fine, but introductions can be difficult. I always envied the likes of Larry Grayson and Bob Monkhouse, entertainers who could just come on stage and work the crowd. My introductions never get tails wagging, but then again you don’t want to overexcite an audience just before a film starts. I just make do with mumbling a few words of gratitude and waste no time in shuffling off to the exit. 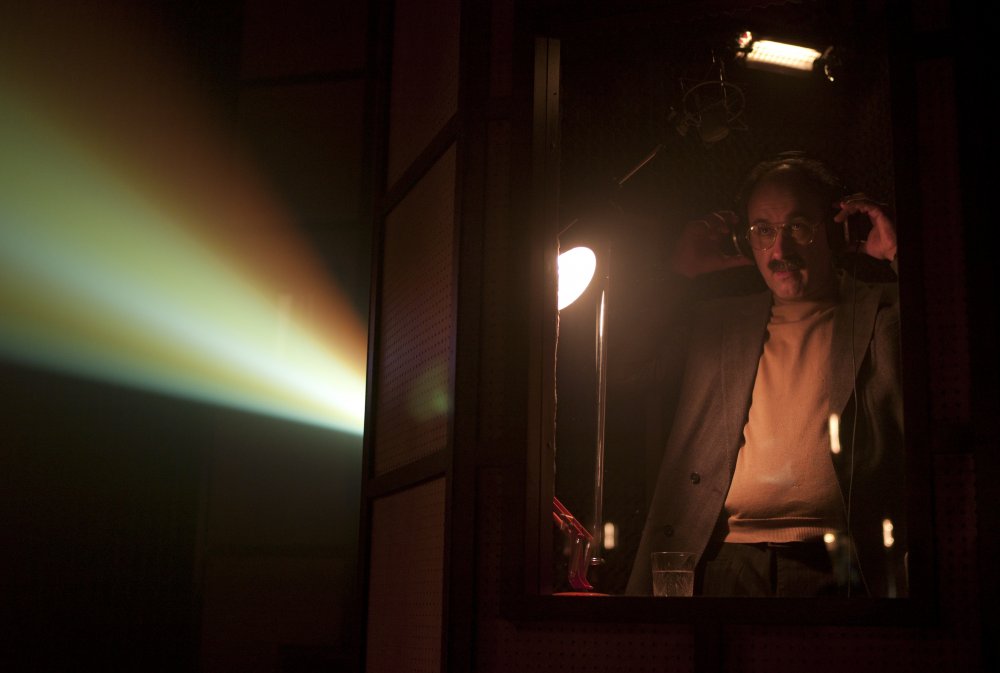 I sometimes brave a screening to see how the audience reacts. It varies from country to country. I recall how Germanic countries didn’t take to Katalin Varga. Most people found it ridiculous that a character would take revenge on someone after a decade. “Why can’t she just move on?” was the usual stunned reaction. This was in stark contrast to audiences in some of the Balkan/Mediterranean countries where the film screened. A noticeable amount of people were often emphatically supportive of the lead character’s ethos of ‘follow your destiny even if it ends in tears’.

While I’m spared any debates on revenge in Berberian, I find what divides people in that film is the shifting from (relative) narrative to something more elliptical and also the question of dry humour. The former is mainly down to personal taste, but the latter is definitely dependent on which country the film is screened in.

The screening in Toronto went relatively smoothly and the audience laughed in both expected and unexpected places. Nobody insulted me and I didn’t insult anyone back during the Q&A, so that’s a hurdle cleared, which is sadly not always the case. One of the great things about festivals is the recommendations you get from both staff and audiences after screenings. Toronto was no exception, but all those soundtracks and films I jotted down on spare scraps of paper have been misplaced. All I can remember from those recommendations is that despite allegedly being one of the worst films ever made, Cannibal Terror has one of the best soundtracks, and I’m still trying to find it.

Beyond press and screenings, various meetings with agents and financiers were slotted in. One agent pulled out of a meeting at the last minute. He obviously saw Berberian and radically changed his mind about representing me, which is fair enough, but had he cancelled a little earlier, I could’ve gone to Niagara Falls that morning. Suddenly I was left with free time, but not enough to do anything useful. I solely blame him for my missing out on that excursion.

Quiet moments were spent wandering the streets or hotel corridors. The bin in a cleaner’s trolley had a crumpled poster of Keanu Reeves sticking out. The movie’s title was obscured by an uneaten sandwich. No time to get sentimental it seemed. Promotion done and everything leftover can go straight in the bin. 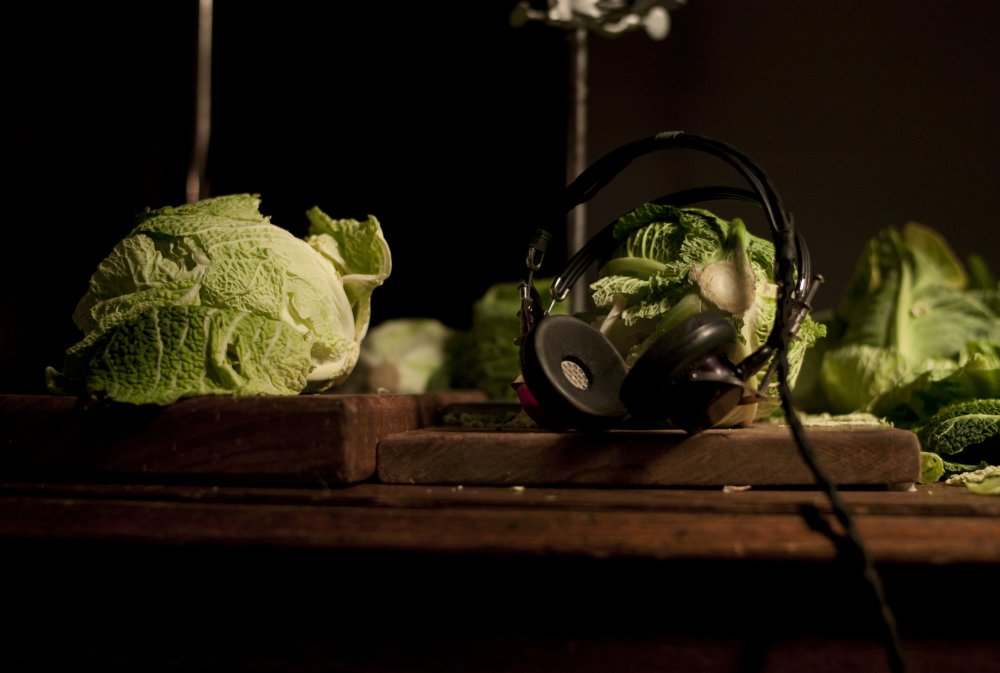 The hotel room next to mine was used as a production company office for the duration of the festival and I couldn’t help but press my ears against the wall whenever I had the chance. The American executive in the room hardly made any effort to keep his voice down, so I didn’t feel any guilt listening in. I had no idea what kind of film he and his team were trying to sell, but slowly enough clues came in to make me realise they were peddling something loud. The insistence on a school holiday release made it clear that this film was a big deal.

My favourite moment was when the executive asked if everyone in the room was ready to see the trailer. You could hear everyone getting themselves into a bit of a froth with the kind of professional gushing and anticipatory awe I last experienced at a magic show. The trailer itself was punctuated with generic, reverb-soaked, single drum strikes, but I couldn’t make much else out. The crowd in the room loved the trailer or at least they gave that impression. I thought I could learn a thing or two in terms of how to be diplomatic during a meeting, which is my excuse for eavesdropping.

Toronto itself: it was hard to get much of a sense of it. All I had to go on was what I saw in those few city blocks where the festival was based. What stays in my mind the most is the apparent effortless joy in the voices of the hotel staff as they greeted each guest during breakfast. You’d have to be a complete cynic not to appreciate the effort the staff put in to sounding so warm. Not an easy task when dealing with the public. Customer service in general made me feel good about life and paint-stripped away at least one of my misanthropic layers.

During a lunch, a colleague whispered in my ear that it’s all a show and that the waiters will stop giving a damn about my day once I leave their establishment, but that’s not the point. It doesn’t matter if it’s all insincere. Even the illusion of good will can jump-start the day. I’ve been in enough rotten bars and grocery stores in my time to know how bad customer service can turn a brown hair grey. I can’t emphasise enough how life-affirming it is not to be ignored or greeted with incorrigible sarcasm. It’s only a surface that I saw in Toronto, but still, I got a taste of what it’s like to walk out of a store not feeling as if I’m the biggest idiot in the world.

It’s hard to gauge what makes a festival good or bad. Sometimes I like attending small festivals if there’s time. The enthusiasm can be very endearing and there’s less chance of bumping into some of the arseholes that tend to populate the bigger festivals. But there’s no denying that the big festivals are essential if a film is to at least get its head above water. Usually my personal preferences don’t hold any sway – which festivals I attend are usually down to what is needed for the film and if there is time. As long as festival drivers don’t drive like maniacs and the hotel room doesn’t reek of stale cigarettes, it’s all OK.