Directors’ 10 Greatest Films of All Time 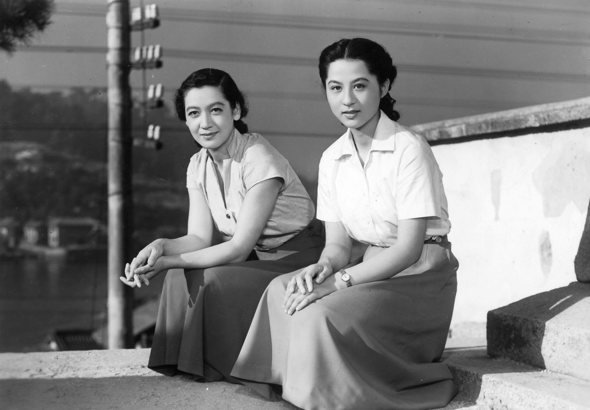 This is the film I’ve seen more than any other in my life. 40 times or more. My life altered when I discovered it when I was about 7 in Buenos Aires. It was my first hallucinogenic experience, my great artistic turning-point and also the moment when my mother finally explained what a foetus was and how I came into the world. Without this film I would never have become a director.

Welles’s feat of imagination in Citizen Kane remains dazzling and inspiring. Cinema aspiring to great art, political import – and delivered with unabashed showmanship. The fervour of the work is as excited and electric as ever. The thriller plot never disappoints.

8½ is a film I saw three times in a row in the cinema. This is chaos at its most elegant and intoxicating. You can’t take your eyes off the screen, even if you don’t know where it’s heading. A testament to the power of cinema: you don’t quite understand it but you give yourself up to let it take you wherever.

A true classic has to be both intimate and universal. To speak about cinema through cinema requires a voice unwavering in its passion and purity. 8½ speaks as much about life as it does about art – and it makes certain to connect both. A portrait of the teller and his craft – a lustful, sweaty, gluttonous poem to cinema.

A film so vivid, hypnotic and corrosive that it feels forever seared onto your eyeballs, Taxi Driver turns a city, a time and a state of mind into a waking nightmare that’s somehow both horribly real and utterly dreamlike.

Coppola evoked the high-voltage, dark identity quest, journeying into overload; the wildness and nihilism – all captured in operatic and concrete narrative, with the highest degree of difficulty. A masterpiece.

A classic, but I never tire of it. The screenplay is just so watertight, and Michael’s journey is one of the best protagonist arcs ever created.

[These are the scenes or aspects I usually think about in the movies I have thought about most often…] In Vertigo, after he’s worked so hard to remake her and finally she emerges: hair dyed platinum, grey suit, misty lens. It’s her!

I must have been around 13 when I first watched Mirror. This time I realised that there are films that are not even meant to be ‘understood’. It’s the poetry of cinema in its purest form, on a very delicate verge of being pretentious – which makes its genius even more striking.

My absolute favourite, the most humanistic and political film in history.

→ Explore the complete interactive Greatest Films of All Time polls

Many thanks to all the directors who contributed to our poll. See Nick James’s poll introduction for details of our methodology. Film title links are to the BFI’s Explore Film section.

Browse all our coverage