Maverick Television’s award-winning Luke’s World is a test case in the power of film to promote social causes, writes Patrick Russell in the final blog in his series surveying modern communications filmmaking.

Luke’s World (2011), best-in-show at this year’s IVCA awards, is a fitting film with which to conclude the Shooting the message blog series. Finely executed, emotionally affecting, it’s also richly thought-provoking when viewed through the lens of history.

Luke’s World was made by indie TV producers Maverick Television for the Private Equity Foundation (PEF), a charity raising money and expertise from the PE sector for investment in disadvantaged communities. Their connection was coincidental. Word went round All3Media (Maverick’s parent company, owned by a PEF Trustee) that PEF were considering a film as centrepiece of their annual fundraising dinner.

As Maverick’s co-CEO Jim Sayer recalls, the project felt like a good fit: the production company sees itself as a “programme-maker with purpose”. (Maverick is best-known for Embarrassing Bodies and other reality series combining social concerns with entertainment values).

Researchers visited estates recommended by PEF, charged with finding a family in the ‘Not in Employment, Education or Training’ demographic, including a younger sibling who could personify the issues. Bright, articulate Luke quickly established himself as the one. A week-long shoot was helmed by Chris Petcher (a true auteur: director, photographer and editor).

The completed film faced a foolproof test of its value: whether donations raised by its premiere would, on the night, exceed its budget. They did so handsomely. Still used in one-to-one showings to City CEOs, Luke’s World also sits on a dedicated website and in pride of place on PEF’s own site. The BFI National Archive now preserves a high-resolution master. 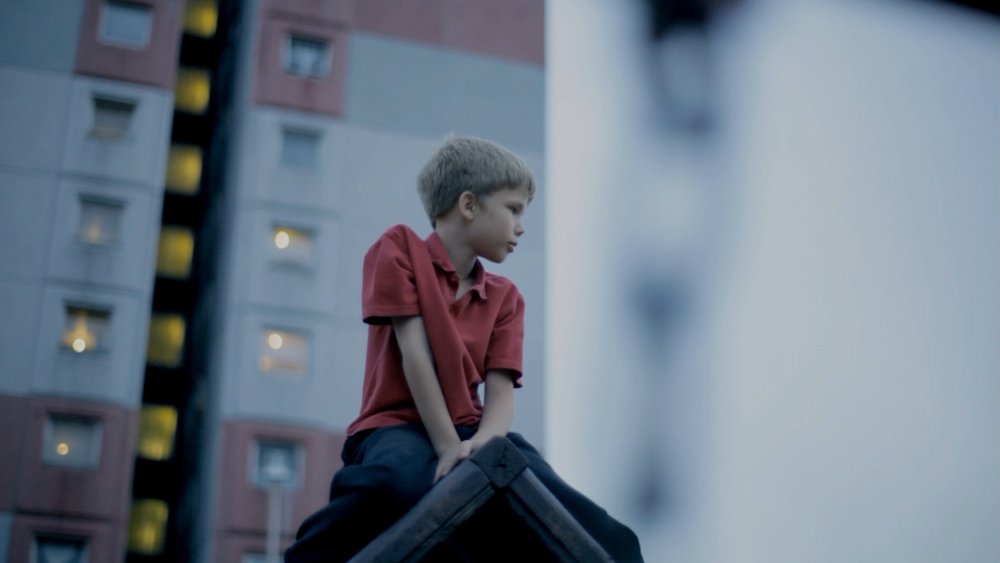 One: It’s an error, a sort of naive cynicism, to dismiss films that are client-commissioned…

We’ve seen how corporate and charitable funding presents possibilities alongside constraints. Besides, feature film and TV must negotiate relationships of their own with the institutional world: Maverick’s dealings with business mainly relate to brand sponsorship of TV programmes. Arguably, the off-screen dynamics behind Luke’s World are more transparent and trusting. Sayer speaks warmly of Maverick’s working relationship with PEF.

That a TV company has stepped into the ‘comms’ field and taken its top prize is something other producers, in both sectors, should note with interest. Luke’s World stands out from much communications film by its quality of form and maturity of tone. Few charity or corporate films dare, as Luke’s World does, to flirt with ambivalence (underscored by Petcher’s subtly unusual framings). Its ‘shades of grey’ are, in fact, a sign of respect for its client, subject – and viewers. They strengthen its message.

Equally, Luke’s World is not television. On the small screen the subject would be handled very differently. Highly unlikely to be broadcast (precisely because it’s a commissioned fundraiser), its brevity and style were surely informed by its destinations: primarily the big screen, secondarily online. Petcher’s HD images combine rich surface texture with shallow depth-of-field to draw us into Luke’s childhood ‘world’. His ‘cinematic’ pictorial control is held in tense, unsettling balance with the ‘televisual’ spontaneity of recorded interview. Also, as noted previously, producers face crucial costly choices when selecting music. Sayer reports scrimping on other budget-lines to meet the licence fee for the instrumental track so effectively accompanying Luke’s World.

Three: The present resonates with the past. These resonances register continuity and change, in filmmaking and the world itself: Luke’s world, yours, mine…

Housing Problems (1935) was shot, like Luke’s World, in deprived East London, by filmmakers bringing the dispossessed to the attention of wealthier, better-educated audiences (beneficiaries, some would argue, of economic systems whose negative effects the films decry).

You could fill a thesis with telling comparisons and contrasts between these two titles: their financing, objectives, subjects, methods, politics, ethics, aesthetics, effects… Both were made for eras marked by hesitant economic recovery and hazardous social division. Housing Problems, however, was sponsored by the private sector gas industry, in times of growing interest in government intervention in social conditions and national industrial management. Luke’s World emerges from private-sector philanthropy, during a period of globalised capitalism and decreasing state involvement in communal provision.

Housing Problems became a focus for civic discussion and cultural celebration (it’s still taught on documentary courses the world over). Luke’s World enters a much more accessible, but infinitely more crowded, fragmented, globalised media space. Housing Problems depicts the visible effects of financial poverty on the working class. Luke’s World is that of the underclass: marked, too, by poverty of opportunity or any hope of integration with richer worlds (eg the City) next door.

Both works share faith in film as powerful enough to help mend their broken, fallen worlds. 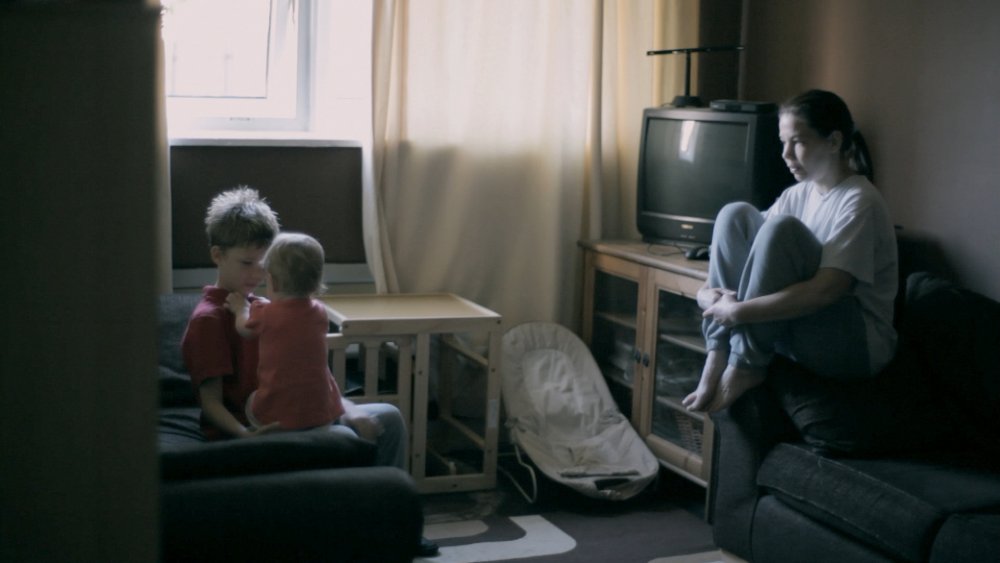 Shooting the message returns in a few months. Meanwhile, Luke’s World leaves us much to mull over, nurturing bigger questions in four minutes than most features do in two hours.