In the second of our series mapping the uncharted terrain of contemporary corporate filmmaking, curator Patrick Russell introduces the work of The Edge Picture Company, whose work re-energised the lacklustre world of the boardroom video with visual panache and impressive budgets.

No explorer of the uncharted jungle of corporate, public and voluntary sector filmmaking could fail to reach the Edge…

The Edge Picture Company, even competitors and critics would accept, is one of our preeminent ‘communications film’ producers. Furnished with more awards than any other, its output demonstrates the powers, and limitations, of film as servant of economy, state and society, witnessing since 1991 seismic changes in all three – not to mention its own industry. In the early 90s ‘corporate video’ generally meant bargain-basement ‘business television’ headed for boardroom VHS players, then the bin. Something of a pushy upstart on this flagging scene, the Edge helped re-energise it with a youthful visual approach. Today the Edge is Establishment, while the ubiquity of moving image conveying every conceivable message, to every imaginable audience, on all possible platforms, has come to define not just corporate comms but modern life itself…

The Edge’s 60 staff produce some 230 films annually for some 70 clients, on budgets ranging from £5k to £50k and above. Sampled from a total output of 3,500 productions, the BFI National Archive preserves several Edge ‘greatest hits’. Clouds (2000; aka When’s Dad Coming Home) is one such. Made for The Alzheimer’s Society, it sits well within the honourable history of charity filmmaking preserved in the archive.

The rather amazing, abrasive The Grim Reaper (2007) couldn’t, superficially, be more different. A late addition to the annals of road safety advice dispensed through the Central Office of Information (COI) (whose demise creative director Pete Stevenson has commented on here), it’s an object lesson in rigorously matching tonal pitch to the tastes of a target demographic: its cold coarseness is as justified as Clouds’ emotive heart-tugging.

I confess to having been less impressed by 1001 Inventions & the Library of Secrets (2009), starring Ben Kingsley, but can’t deny its startling viral success (or its topical interest, being a positive portrayal of Islam’s contributions to civilisation).

I recently caught up with founder and managing director Phil Blundell and creative director Pete Stevenson, an engaging double act, to hear their reflections on two decades at The Edge. The essence of communications film, Stevenson asserts, is that it effects change (of thought, of behaviour). However, moving image isn’t always great at conveying detailed information (though the popularity of YouTube ‘how to…’ videos suggests otherwise). Film performs best early in the game, as ‘icebreaker’ or ‘call to action’, before the detail kicks in. The three above-cited films all make fine test-cases.

Does The Edge have a house-style? “Other people seem to think so”: high budgets lavished on dramas with expensively licensed music. The music bit’s true: Blundell argues that while a good soundtrack easily swallows 10% of a budget, it’s cash well spent by any client serious about engaging viewers (I agree: banal music is a recurring fault in corporate filmmaking). However, the Edge oeuvre suggests that drama constitutes just one of three main narrative forms, each suggesting different branches of film’s family tree. Many higher-profile projects are indeed scripted dramas, resembling ‘cinema’ in miniature. Others are based on setting associational images to music, arguably more of a ‘commercials’ technique (albeit applied at greater length and for wider purposes). Finally, particularly for internal comms, there are presenter-led programmes: a ‘television’ format.

Blundell decries the tyranny of procurement processes that can upset the balance between a project’s price and its creative execution. Stevenson cites three Edge films recently placed in the BFI National Archive as proof that mutual trust between producers and repeat clients is the basis of best practice: 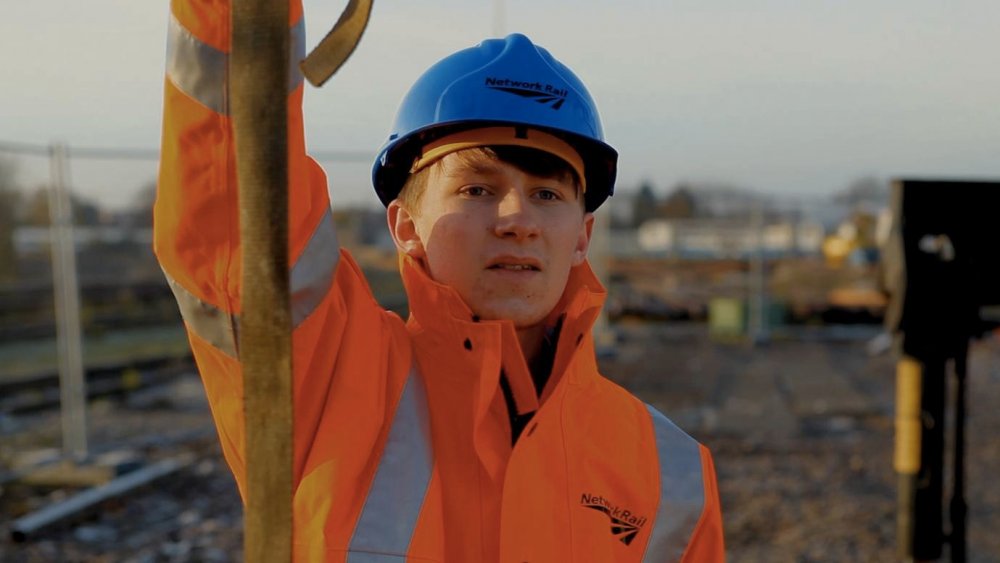 Respect was the Edge’s third Network Rail commission (the others were simpler safety films, shown in good old-fashioned mobile cinemas). Network Rail’s quantitative research, Stevenson reports, proves that the messages of internal campaigns including film were better recalled by employees than ones that didn’t.

‘Corporates’, like ‘industrials’ before them, can be useful apprenticeships for aspirant filmmakers. The Edge, however, claims to enjoy high retention rates, even reverse traffic… There’s an ex-Brookside director on their current books. It’s an interesting historical turnaround if creatives are starting to suspect that ‘corporate video’ is becoming more satisfying than modern broadcasting. Certainly, pound-per-minute, it’s often – nowadays – better budgeted.