To coincide with the new series of BFI/BAFTA Screenwriters’ lectures, an exhibition at BFI Southbank celebrates the art of screenwriting. 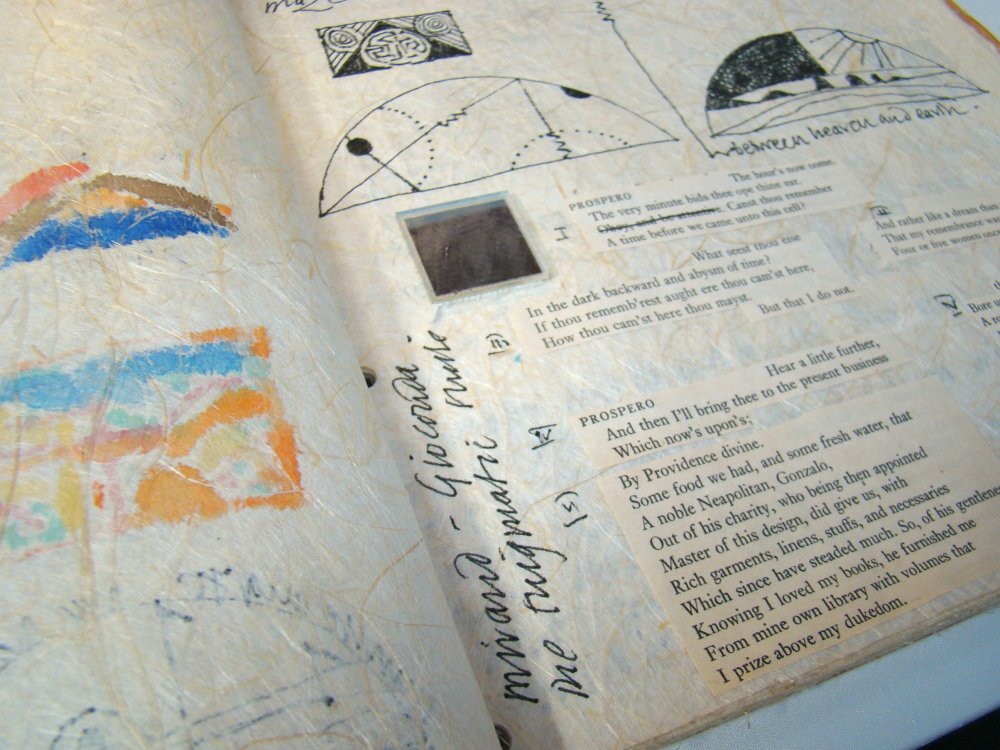 “Without great scripts, films are nothing.”
– Jeremy Brock, Screenwriter and Founder of the BFI/BAFTA Screenwriters’ Lecture Series

Taking inspiration from previous lectures, we’ve been putting together a new mezzanine display at BFI Southbank, drawing on the wide range of scripts and associated documents held in the BFI National Archive’s Special Collections. 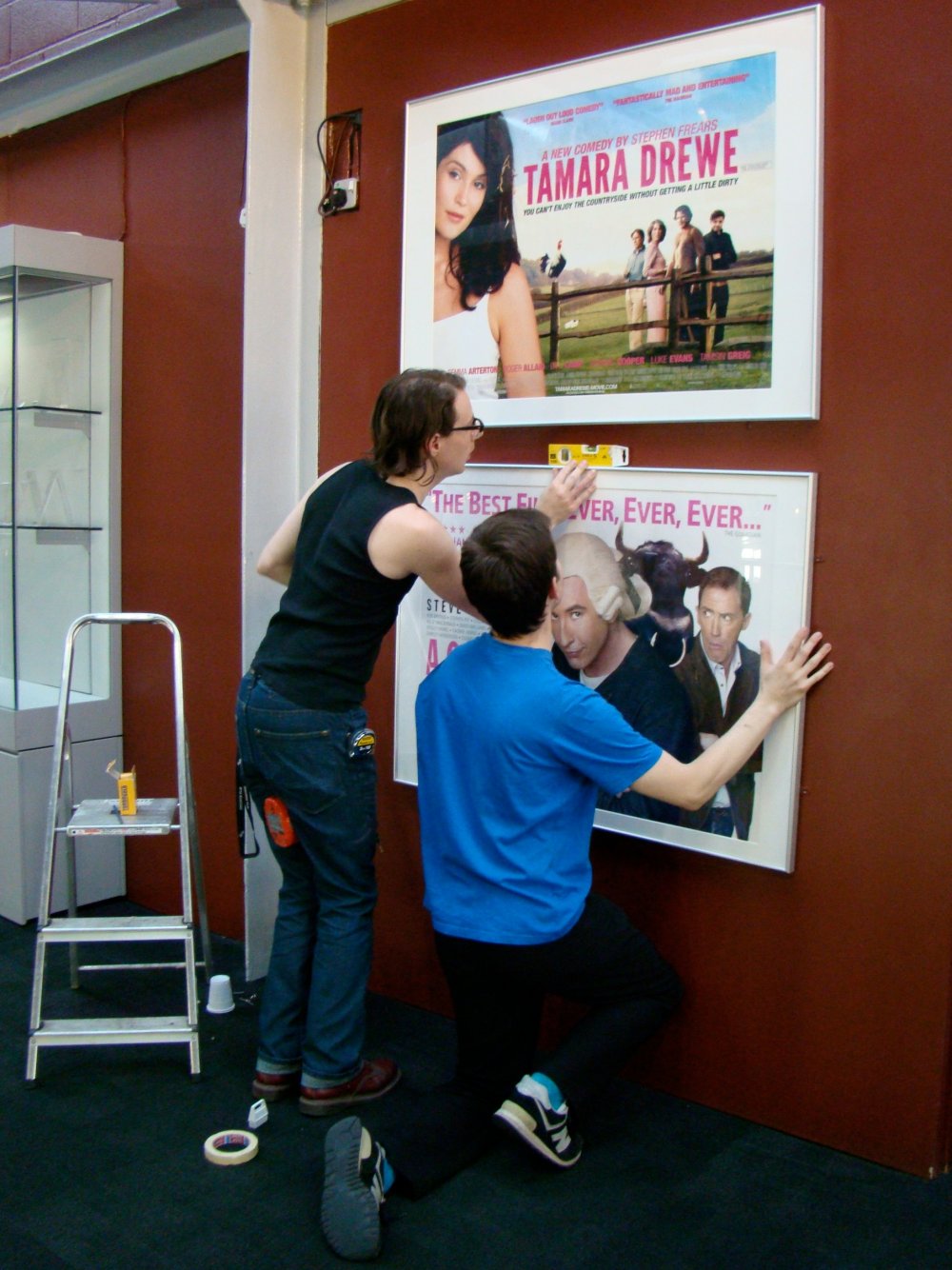 Our collections stretch back to the earliest days of cinema and include scenarios for silent films from the 1910s and 1920s as well as shooting scripts for the latest British releases. 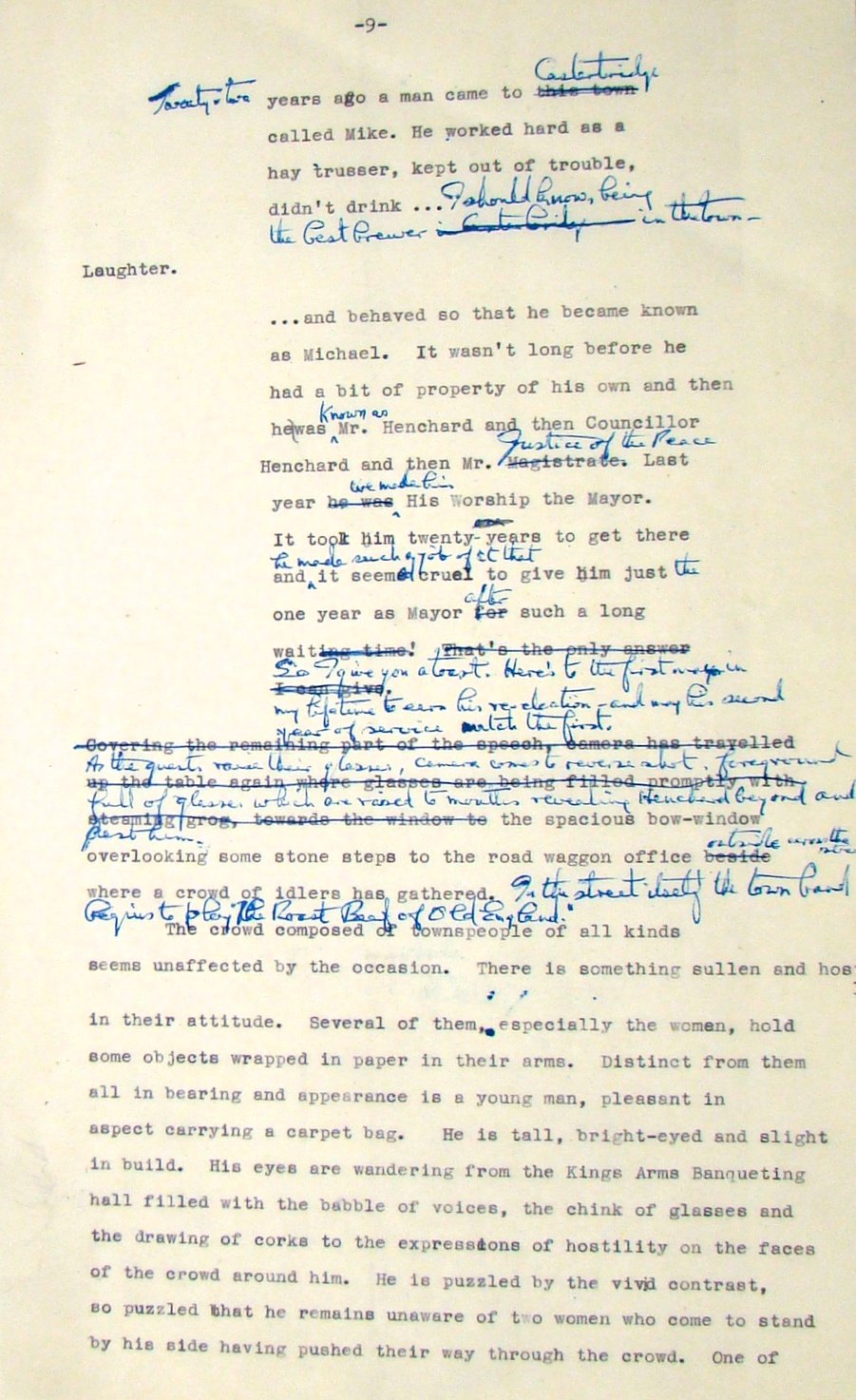 Annotated treatment for the unrealised 1949/50 adaptation of Thomas Hardy’s The Mayor of Casterbridge, written by Wolfgang Wilhelm and to have been directed by Thorold Dickinson

Eliot Stannard was one of the most talented and prolific screenwriters (or ‘scenarists’ of the silent period). He championed the art of screenwriting, penning numerous articles and giving many public talks on the writer’s craft. As well as being Hitchcock’s first writer, Stannard worked with other key directors of the time including Maurice Elvey and AV Bramble, for whom he adapted George Eliot’s Scenes of Clerical Life as Mr Gilfil’s Love Story (1920). 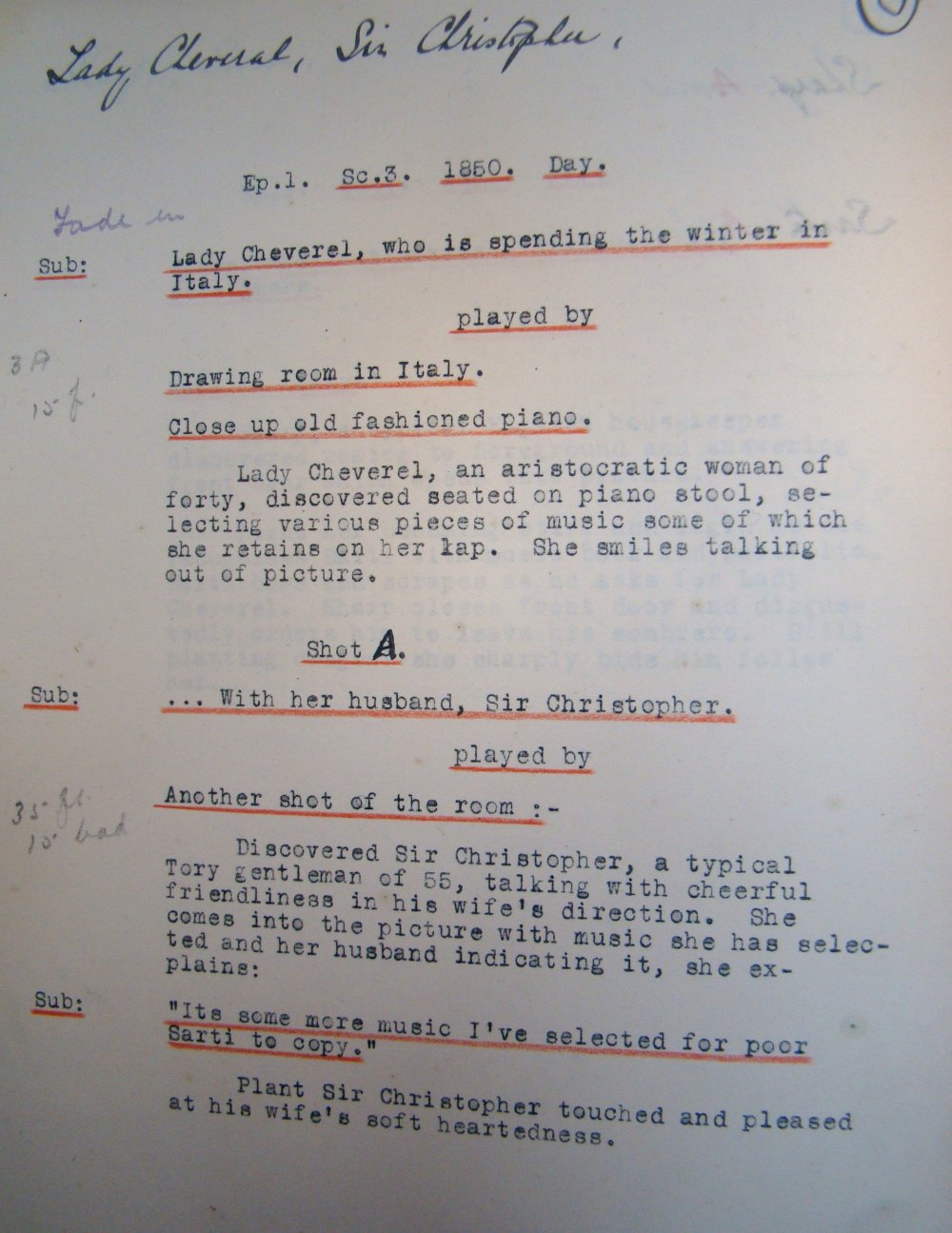 Silent film scenarios frequently included extensive detail on scenes, shots, cuts and transitions, guiding a director’s interpretation of a film. Stannard’s script sets out the structure of the film and gives intertitles (both dialogue and descriptive) but also includes a huge amount of information on shot transition, character background and what should be included in shot.

As William Nicholson (Shadowlands, Gladiator) pointed out in his 2011 lecture, screenwriters don’t just write dialogue. They are responsible for creating the story and structure of a film and establishing setting, mood and atmosphere. 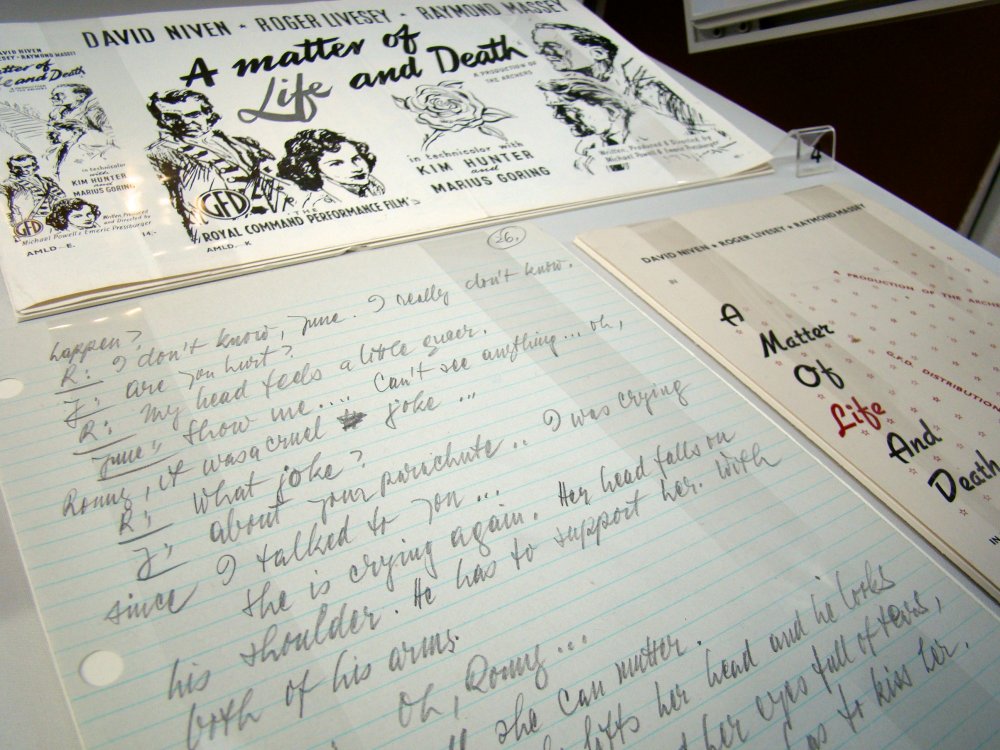 Handwritten treatment for A Matter of Life and Death (1946)

This page from Emeric Pressburger’s handwritten treatment for A Matter of Life and Death (1946), beautifully and delicately depicts the burgeoning love between Ronny (Peter in the final film) and June as their dialogue gives way to pure emotion:

That’s all she can mutter. And when she lifts her head and he looks into her lovely face and her eyes full of tears, he just can’t help it, he has to kiss her. 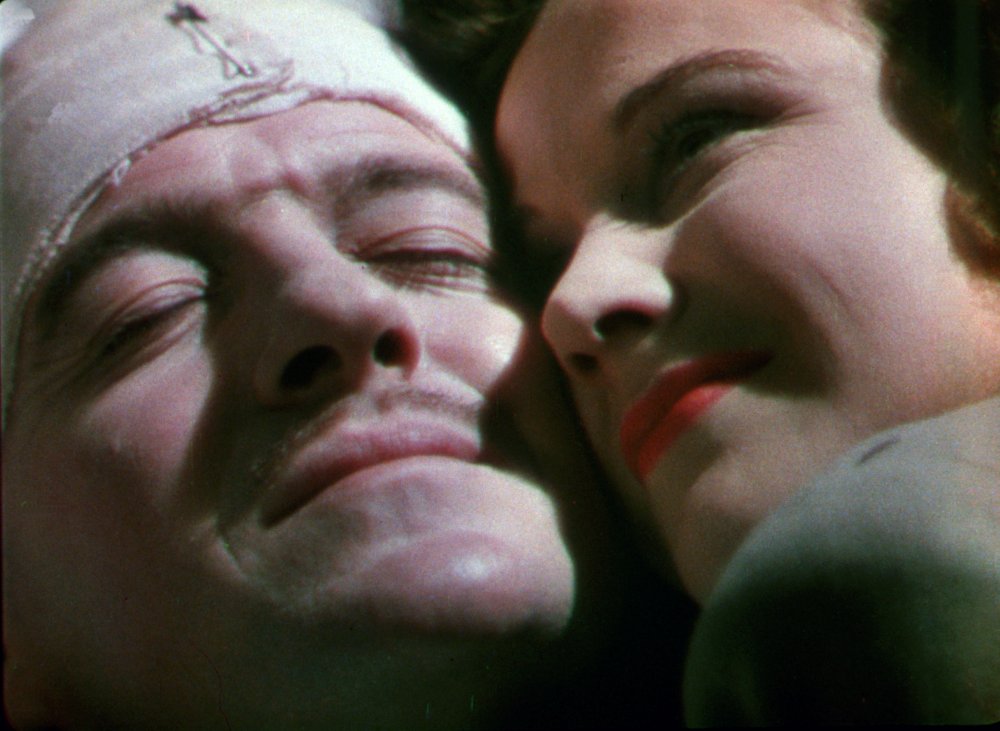 Scripts, and the process of writing a script, can take many forms. Within the BFI’s collections there are examples of all sorts of techniques and processes spanning the history of writing for the screen. Our collections include handwritten outlines and screenplays; ‘cut and paste’ scripts where lines, scenes and pages have been physically (rather than electronically) cut and pasted as part of the development and editing process; heavily annotated typescripts; and scripts where the visual sits alongside the written word. 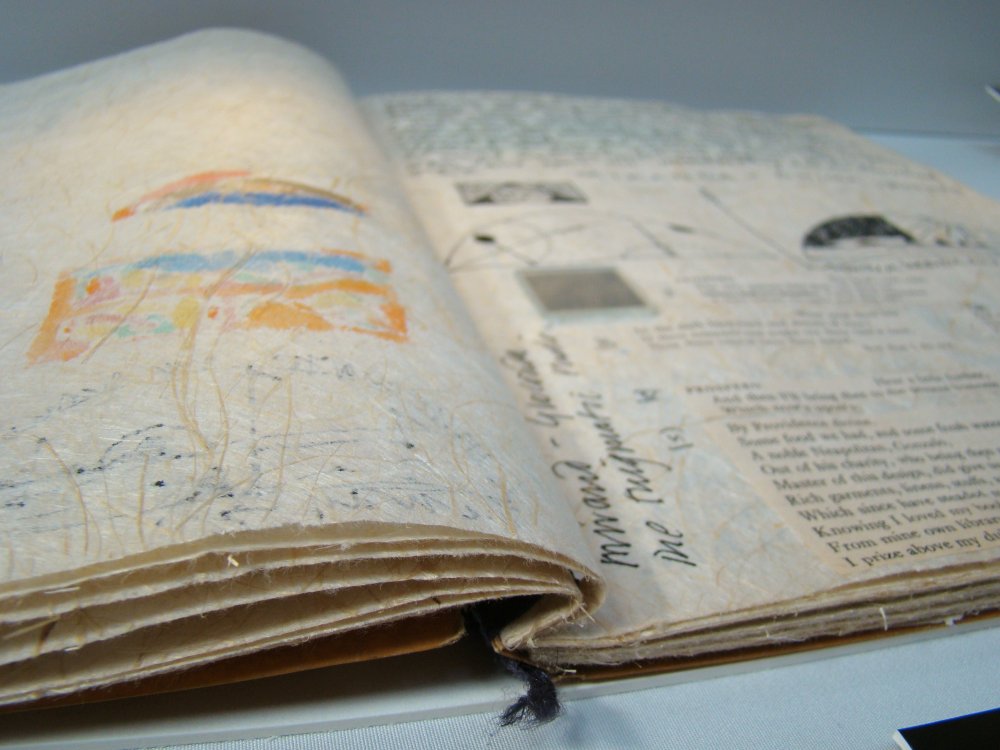 Screenplay for The Tempest

This is one of Derek Jarman’s scripts for his 1979 film The Tempest. Jarman’s scripts and notebooks embrace the visual alongside the written word, and here he physically integrates Shakespeare’s text (cut from a printed edition and pasted in) with his own words and images.

When a film production is over the script has vanished, that document has gone, it’s invisible, it has disappeared into the fabric of the film. 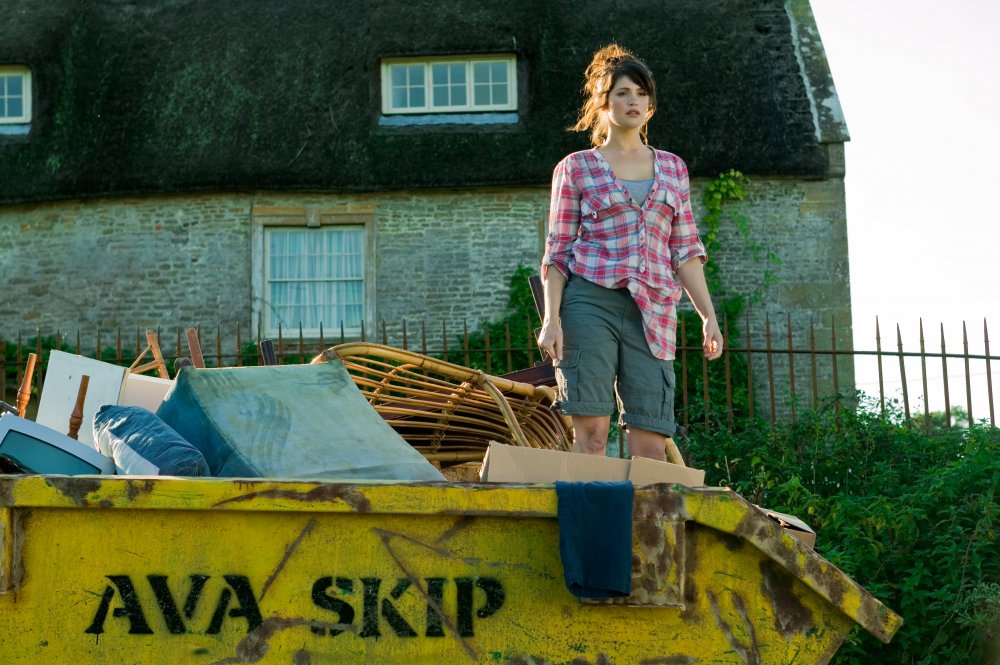 But scripts have an afterlife once a production is complete. The script can become an object of intense scrutiny by those researching and studying film and television history, and can also act as a tool and source of inspiration for those wishing to learn how to write for the screen. BFI Special Collections holds around 30,000 unpublished scripts and treatments, as well as extensive collections of screenwriters’ drafts, letters and other working papers. To find out more about accessing these collections, please visit our webpages.

2010 and 2011 BFI/BAFTA Screenwriters’ Lectures can be viewed via the BAFTA Guru website.