Ridley Scott at 80: a career in pictures

To celebrate the director’s 80th birthday, we present a selection of behind-the-scenes images of the great British director of Alien and Blade Runner at work. 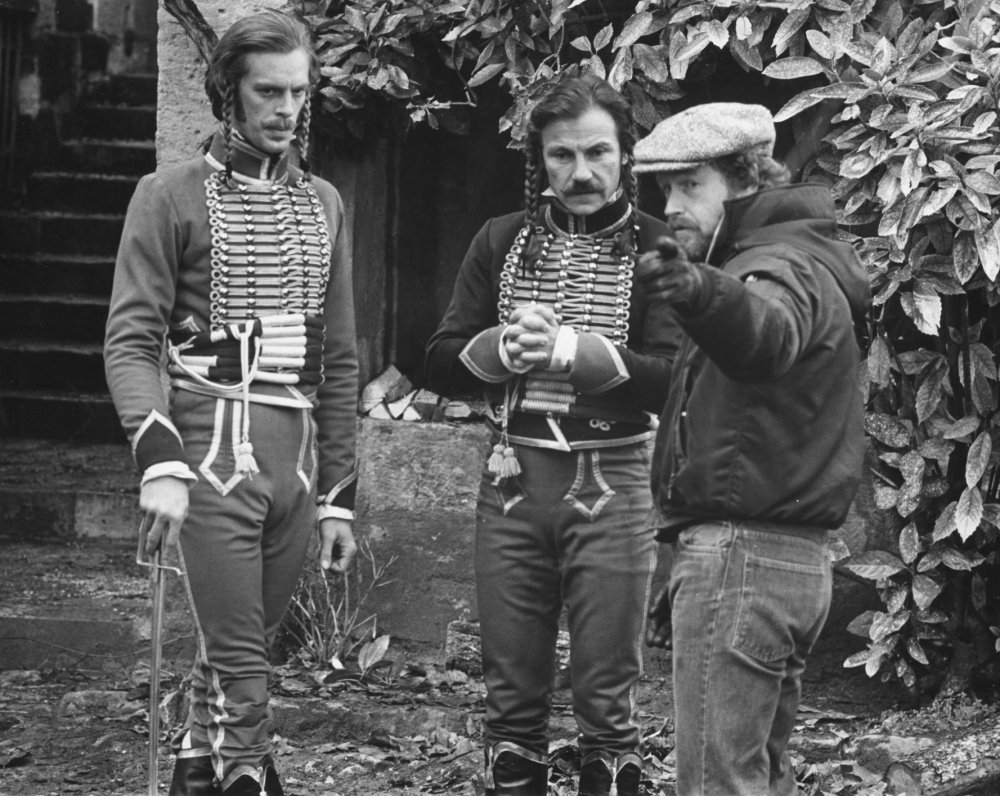 Scott directing actors Keith Carradine and Harvey Keitel on the set of his debut feature, The Duellists. Set during the Napoleonic wars, the film was shot on location in the Dordogne region of France, as well as England and Scotland. Though the budget was limited, Scott ambitiously tried to replicate the period look of Stanley Kubrick’s 18th-century drama Barry Lyndon (1975). 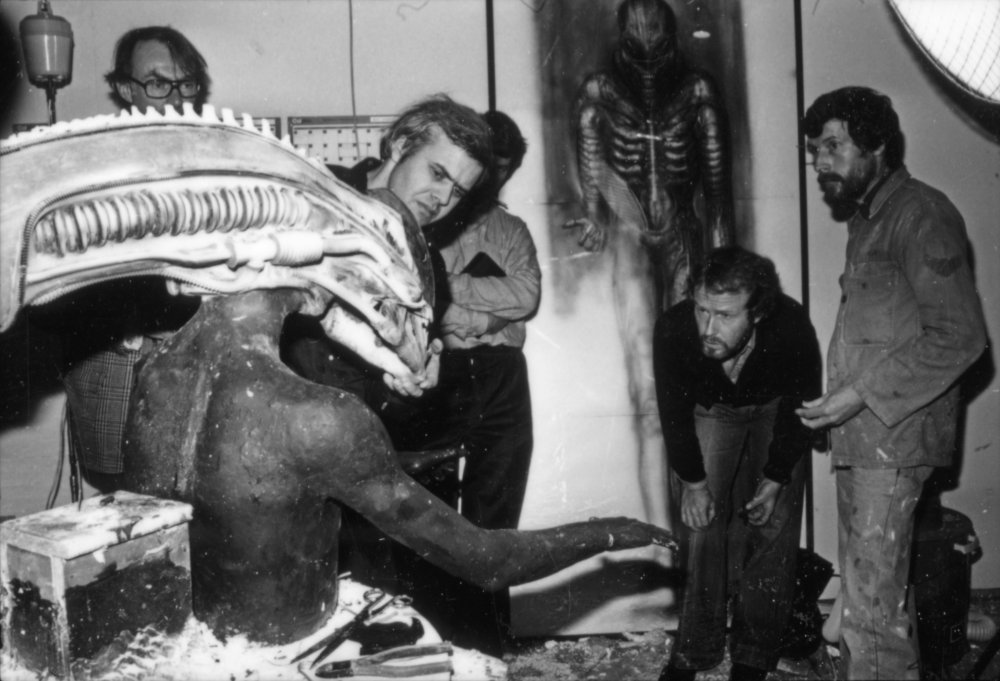 Conceptual artist H.R. Giger (left) and Scott examining the alien model. Some of the Swiss artist’s designs were reportedly so alarming that they were held up by customs officials at Los Angeles’s LAX airport, forcing writer Dan O’Bannon to drive to the airport to explain the designs were intended for a horror film. 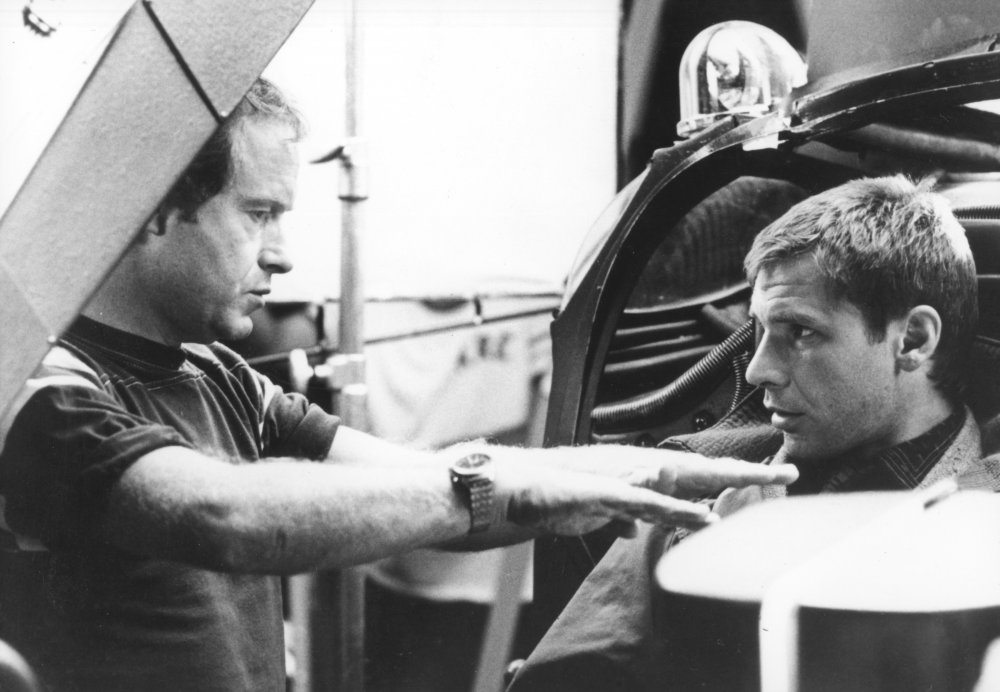 Scott with Harrison Ford on the set of Blade Runner. Sets for the film included the historic Bradbury Building in downtown Los Angeles, which has appeared in a host of other films, including D.O.A. (1950), Chinatown (1974), Lethal Weapon 4 (1998) and The Artist (2011). But it’s never looked more dramatic than when playing the part of J.F. Sebastian’s apartment block in Blade Runner, its dusky interior bisected by beams of outside light. 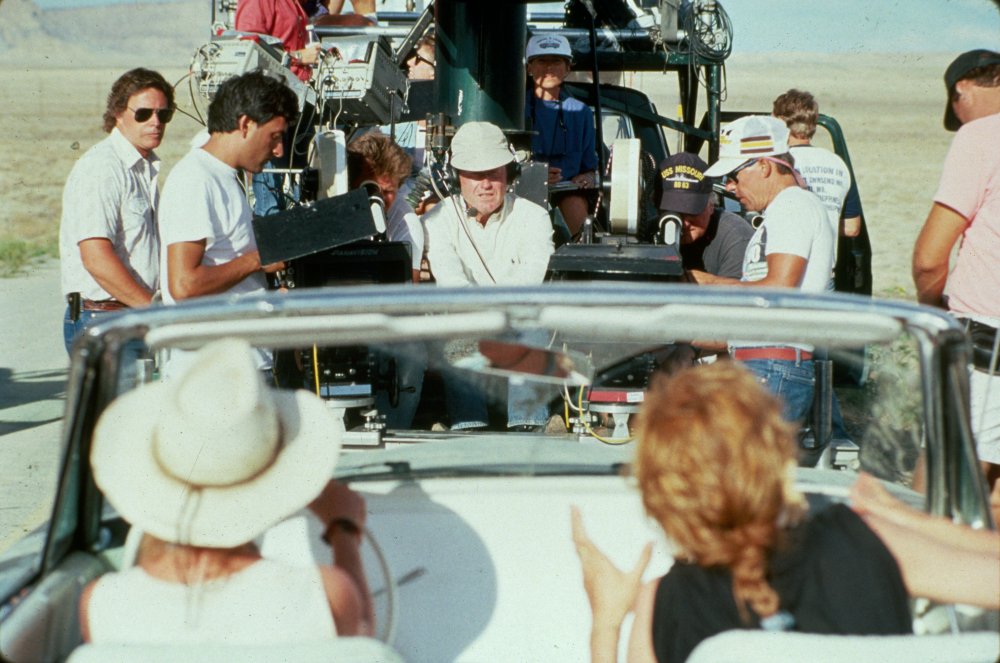 Scott with his crew and the camera rig on location in the American Southwest for Thelma & Louise. Five identical 1966 Thunderbird convertibles were used during the film’s production: a ‘star car’ (seen here with lead actors Susan Sarandon and Geena Davis in the front seats), a camera car, two stunt cars, and one for backup. 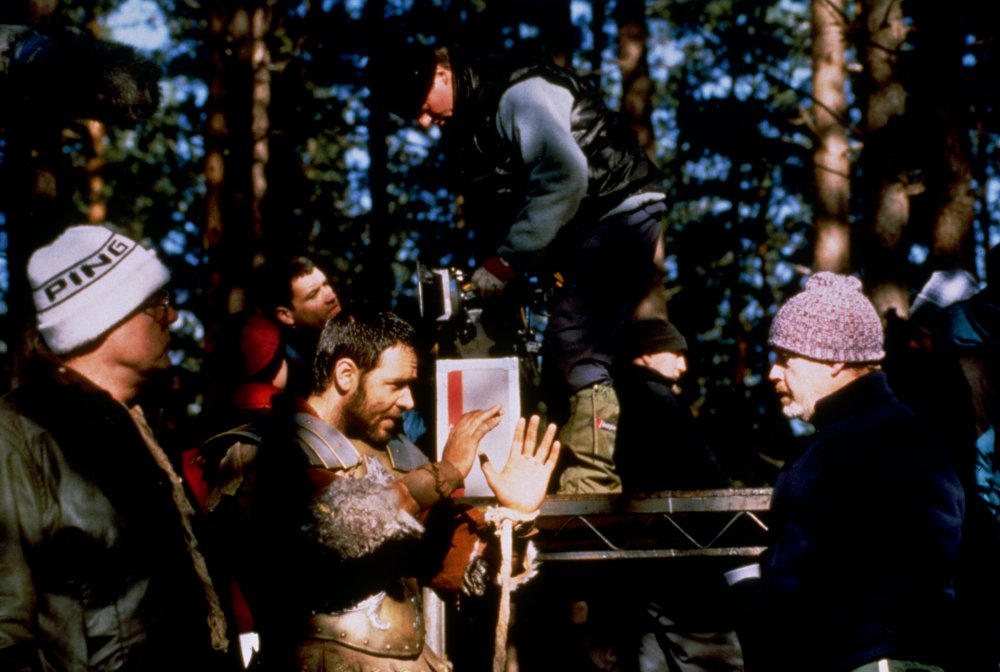 Russell Crowe converses with Scott on a cold morning during the Gladiator shoot. Locations for Scott’s sword-and-sandals epic included the Val d’Orcia in Tuscany, the desert city of Ouarzazate in Morocco, Bourne Woods in Surrey, and California’s Alabama Hills. 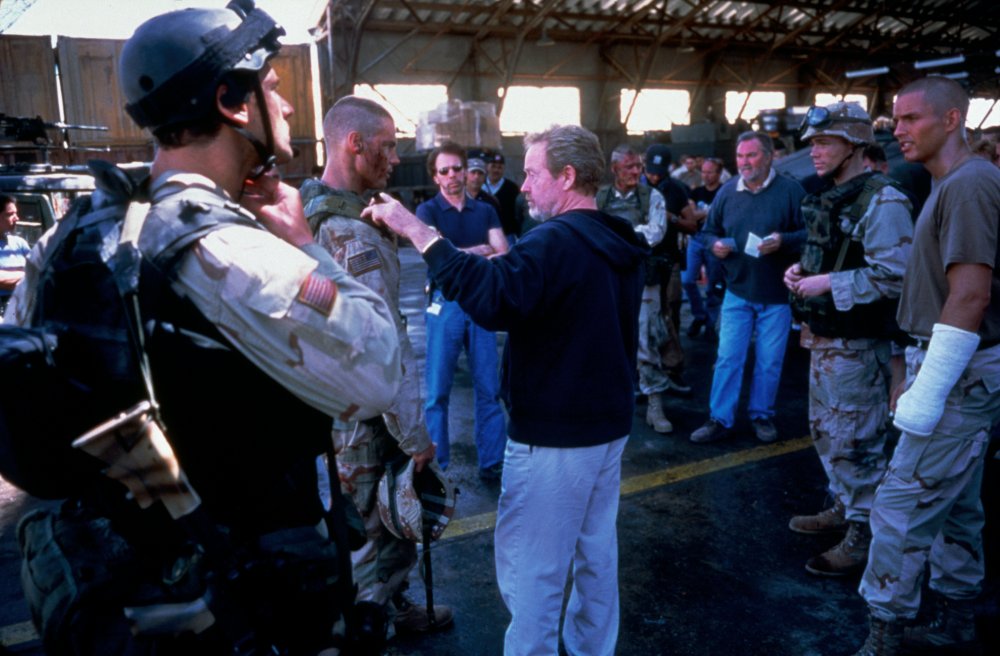 Scott directing on location for his film Black Hawk Down, the story of the US raid on Somalia in 1993. The soldiers in the film have their surnames printed on the backs of their helmets, which – while factually inaccurate – the director felt was necessary if the audience was to be able to distinguish the different men in their combat gear. 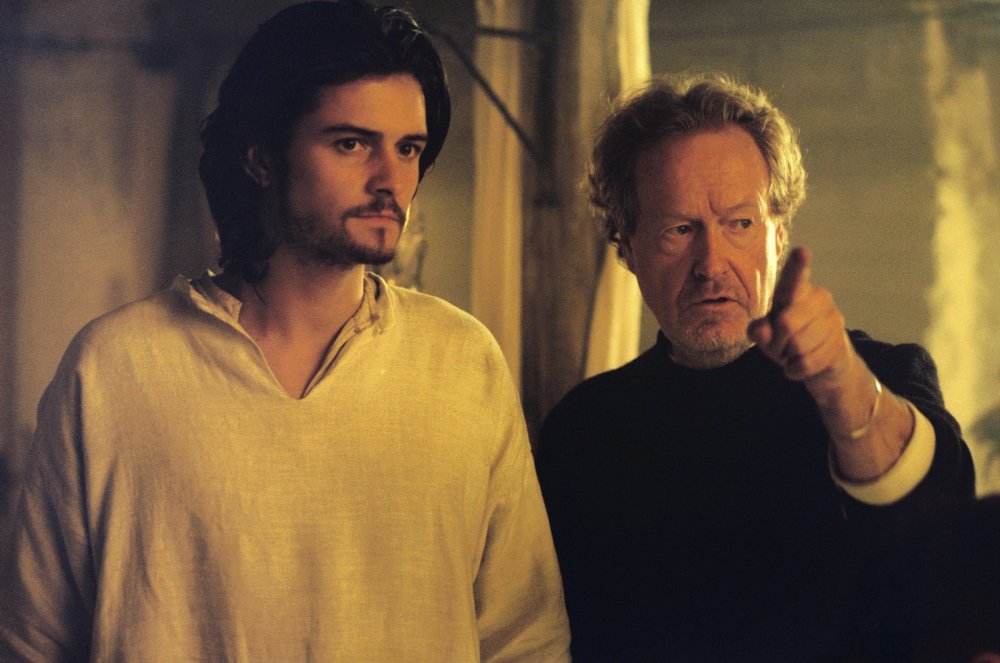 Scott with actor Orlando Bloom during the production of Kingdom of Heaven. Bloom was initially reluctant to take on another historical epic as he’d just finished Troy (2004), but Scott’s name attached as director convinced him. Much of this crusades epic was filmed near the Saharan city of Ouarzazate, which Scott had used twice before, for Gladiator and Black Hawk Down. 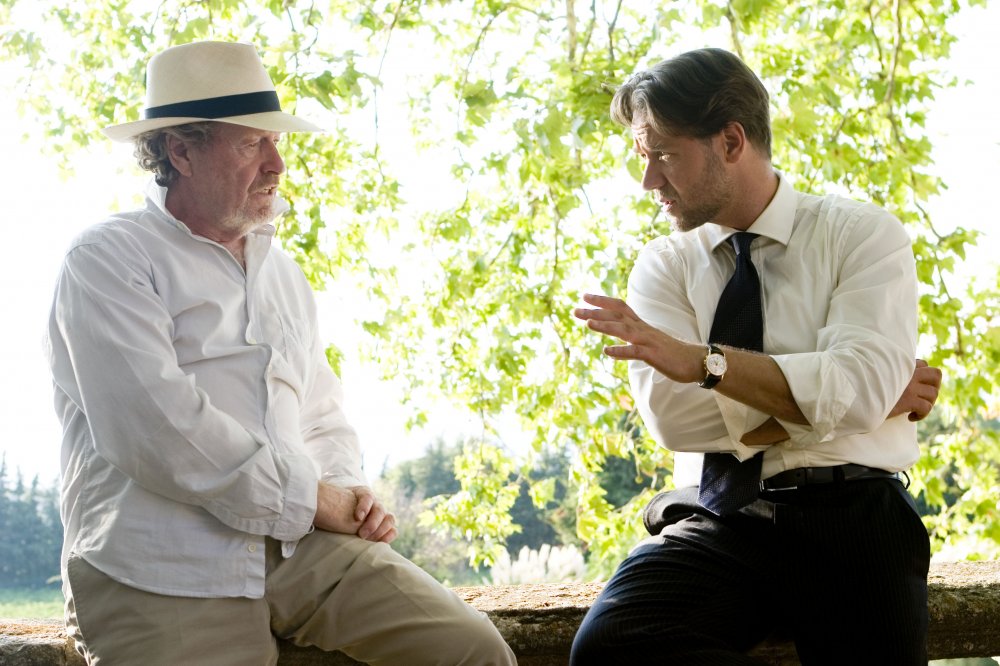 2006’s A Good Year was a change of pace for Scott (pictured here with the film’s star Russell Crowe). A comedy set in the south of France, it has all the hallmarks of a holiday film, with a relaxed pace and tone. Scott claimed that none of the locations used for the film were more than eight minutes away from his Provence home. 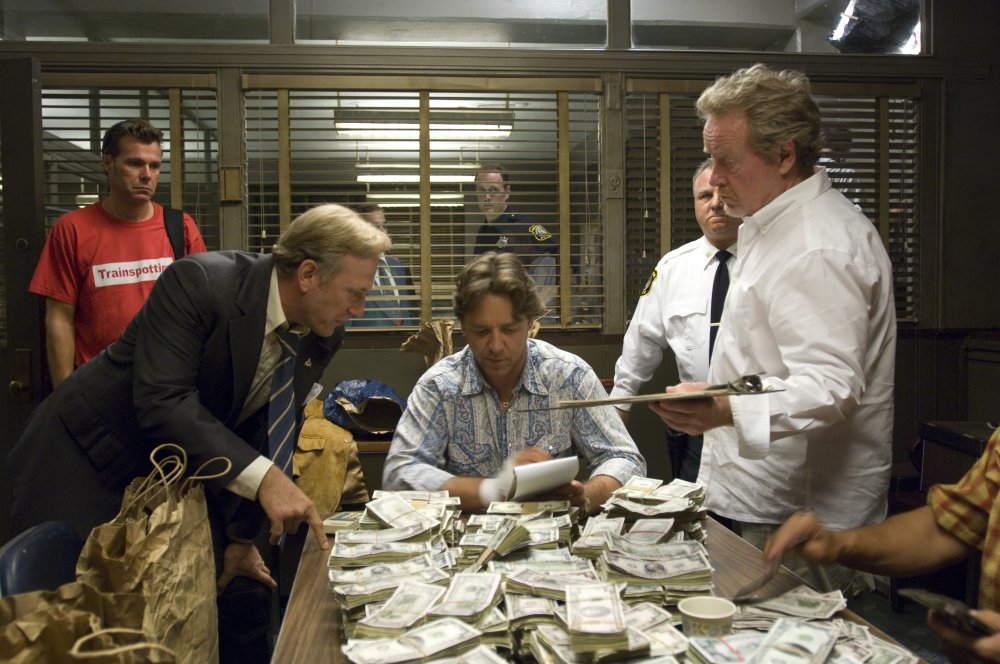 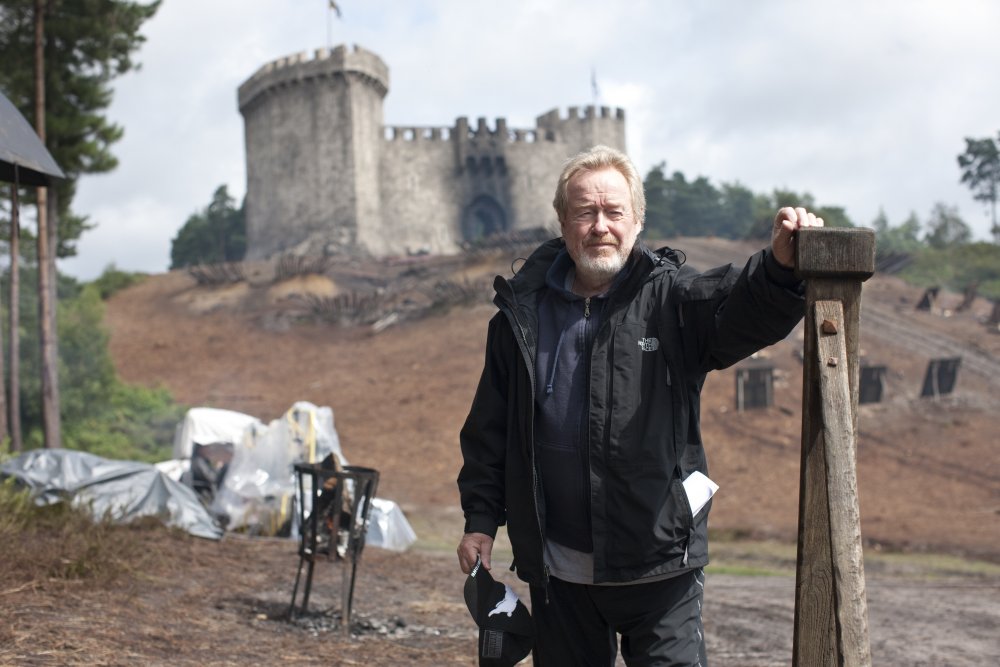 Nearly every castle in Britain was examined during pre-production on Scott’s revisionist version of the Robin Hood story, starring Russell Crowe as the famous medieval outlaw. Eventually, it was decided that the crew would build their own in Bourne Wood, near Farnham in Surrey. These same woods were used for the opening battle scene of Gladiator, and have also turned up in Children of Men (2006), The Golden Compass (2007), several of the Harry Potter films, War Horse (2011) and Sherlock Holmes: A Game of Shadows (2011). 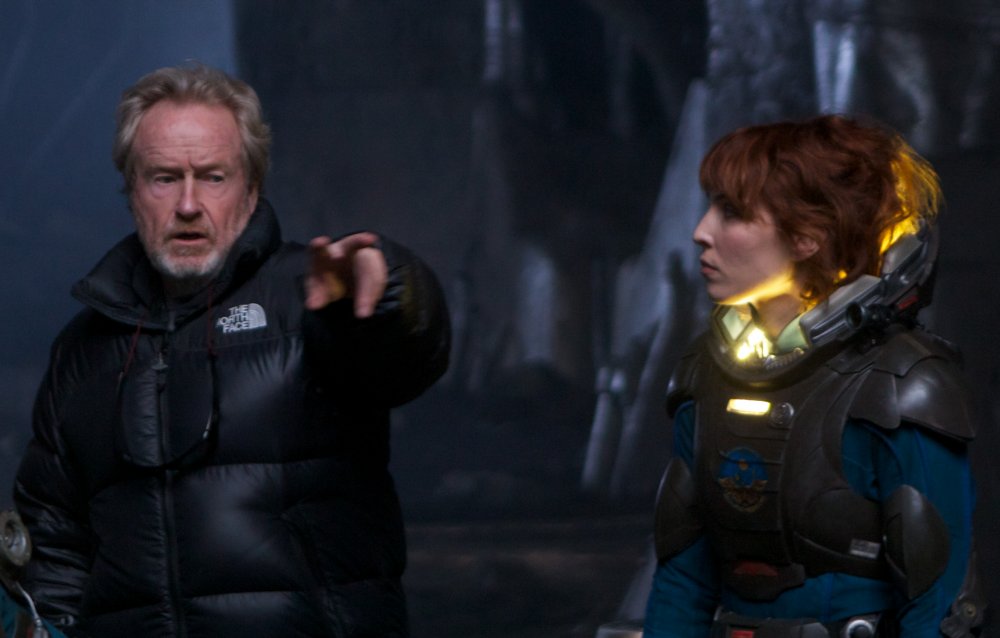 On set with actor Noomi Rapace on the Alien prequel Prometheus. Rapace came to Scott’s attention in the cult Swedish thriller The Girl with the Dragon Tattoo (2009). Gemma Arterton, Abbie Cornish, Anne Hathaway, Natalie Portman and Carey Mulligan were all also considered for the part of archaeologist Elizabeth Shaw.