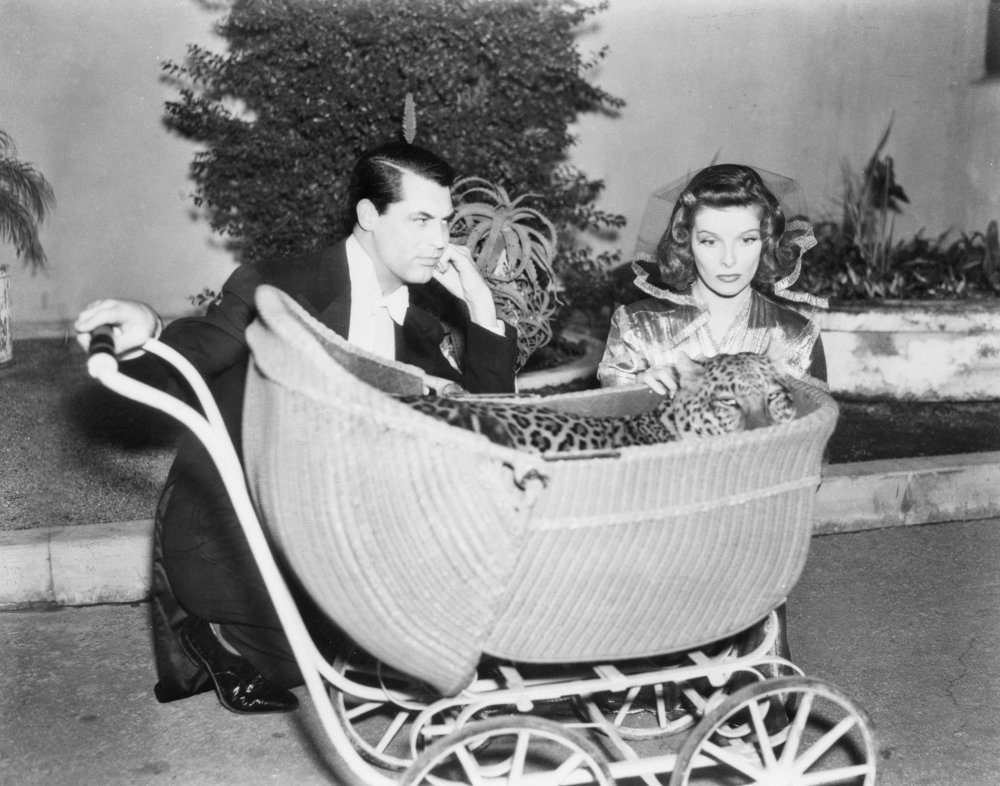 Too funny for our poll? Bringing Up Baby

Editor’s note: Following the unveiling in our September 2012 issue of the initial results of our new Greatest Films of All Time poll, Kevin B. Lee initiated the following email correspondence with several fellow film critics analysing the outcome of the poll, following up a prior discussion on Indiewire that anticipated the poll. We made further data from the nether regions of the poll (now completely online) available to the circle as we finished processing it, so the discussion was able to dig deeper as it developed. We’ve broken the conversation into four parts.)

← Part one: Continuity and change

Even though it was a long and arduous process, I compiled my own list at random. I only picked Andrei Rublev because I dreamed the entire final sequence of the film after getting drunk one night. I thought it was a sign. The rest were selected while sober and in a less chaotic manner. But there were no rules I can think of. If my list does have any thematic cohesion, it appears to contain lots of films about confused women. But that theme was not predetermined.

But, as a first time contributor to the poll, all I can think of while poring over the results is that I wish I had been more restrictive, systematic and radical in my selections. One comment (by a contributor I didn’t note – sorry!) mentioned that he/she hadn’t selected a film that had ever ranked in the top ten, an idea that greatly appealed – a moderate drift from the established canon. It’s not a quite an attempt to give birth to new classics by association à la The 12 Pointers (or at least some of them), but it’s a start…

Anticipating the 2022 poll, here are some minor (potentially undemocratic) voting modifications that would be interesting to consider:

From: Bill Georgaris
Subject: More Slots for Next Time, Please

The lifting of the ballots from 10 to at least 15 films (preferably 20 or 25) should be the major change to the next poll. It was striking for me that in the magazine the first two comments published (by Geoff Andrew and Michael Atkinson) both referred to this issue.

I understand, logistically, that this would mean twice the amount of data handling for the S&S team, but hey, progress has its price.

Possibly a little too revolutionary, but another consideration may be with regards to the frequency of the poll. Is every ten years the right time span? I feel it is, but what do others think?

David – the naming of one director, based on his/her entire filmography, is something I would definitely like to see. Time Out did this back in 1995 as part of their Centenary of Cinema poll.

From: Vadim Rizov
Subject: Not Too Shabby

I dunno, no one else smiled at the results? If this is what a normalised, consensus-based canon looks like, we’re in pretty good shape. This list creates an adventurous home base free of mediocre respectability.

Choosing Vertigo over Citizen Kane means very little to me personally — neither film is integral to my personal canon — but its ascendance seems to formalise increasing critical interest in overtly expressive, even showy directorial showcases.

Two films I balloted ended up directly benefiting from my inclusion, and it was nice to see that I’m not alone in considering Yi Yi and Sátántangó to already be established landmarks. The exponential increase in voters, for me, seems to confirm that global cinephilia (with the help of an internet connection) has to some extent normalised viewing of some of the longest/most challenging/semi-esoteric landmarks. The downside, noted variously, is the de-emphasis of classic Hollywood, a rich treasure trove that does seem be getting less attention these days. But I can absolutely live with that.

From: Dan Sallitt
Subject: Interpolation has its limits

Kevin, the tricky part is distinguishing between changes that reflect consensus critical opinion, and changes that merely reflect the inadequacies of the survey. Bicycle Thieves falling from the number one position is surely a reflection of real changes in taste, and I think it’s legitimate to chew that over in post-poll discussions like this one.

Some of the other changes you cite make intuitive sense to me, and I’m tempted to relate many gains and losses to the rise and fall of different schools of cinephilia, which I believe happens quickly enough to cause small changes over a decade. But there’s no point drawing conclusions from meagre data, and the data thins out a lot when you look much below the top ten in former surveys. The dramatic increase this year in the number of critics surveyed should help reduce weird blips in the future.

Vadim – yeah, I think the results of this poll are usually pretty appealing, certainly relative to other high-profile accountings of all-time favourites. Even when I don’t like the films, I still more or less believe in the poll as an indicator of what’s happening to the canon.

I’m happy to hear that you voted for both films, Vadim. But I’m still somewhat perplexed by the sort of change in fashion that could bump films as great as Ivan the Terrible off the list (even if it was obviously handicapped by being regarded as separate films – as were the instalments of The Godfather, with for me a happier outcome).

And even if Yi Yi and Sátántangó are happily regarded by you and some others as established landmarks (as is A Brighter Summer Day), it’s worth considering what has or hasn’t made them such and what, unless I’ve overlooked something, has kept Jia Zhangke off the list entirely. The fact that he’s a relatively ‘recent’ filmmaker obviously has something to do with this, but how much more recent? After all, Platform surfaced at festivals the same year as Yi Yi. Difficulty might be a consideration, but surely Sátántangó is no less ‘difficult’ than Jia Zhangke’s films.

Responding recently to a Cineaste symposium about digital cinema, I pointed out that:

“watching Sátántangó in the Facets Video box-set – a wonderful option that allows one to ‘own’ the film and peruse it in some ways like a book – also entails sitting through smirking, poorly acted, stupid skits about three male card players spouting off about Bruce Lee, Cassavetes, Jarmusch and/or how to pronounce ‘Cannes’ no less than four times, on each disc (the latter skit actually gets repeated on the bonus disc), before one is able to access anything else. In some ways, I suppose this could be regarded as a sign of some of the limitations of big-city ‘expertise’ that can overtake even some of our finest minds – the sort of provinciality that can also, for instance, regret the absence of malice in Richard Linklater’s Bernie.”

But extrapolating from this, I also wonder if Hou Hsiao-hsien’s The Puppetmaster might have had a chance of entering the list if Fox Lorber hadn’t thought of making it available in a pan-and-scan version.

The de-emphasis of classic Hollywood might conceivably have something to do with Sight & Sound’s own orientation, at least during the long reign of Penelope Houston, which tended to favour the continental New Wave over Hollywood (including, I should add, Hitchcock), in contrast to Movie.

From: Dan Callahan
Subject: Fine, But Not Funny

I was also fairly satisfied with both the list of ten and the list of 50. Jonathan, I think you’re very right that access to a lot of these films on DVD in a restored print played a large part in getting them on the list. As you wrote on your site, it’s difficult to see Erich Von Stroheim’s Greed, a film which certainly fits the overall mood of this list.

Which brings me to a slight qualifier. Having thought the list over, and having discussed it with a few people, especially Farran Smith Nehme, who blogs as the Self-Styled Siren, it does seem that ‘great’ is synonymous on this list with ‘serious’ and ‘significant’.

But the term ‘great’ can also refer to verbal comedies beyond Some Like It Hot, which made the top 50. Where are Leo McCarey films like Duck Soup or The Awful Truth? Where is Lubitsch’s Trouble in Paradise and The Shop Around the Corner?

Even more pressingly, where on earth is Howard Hawks!? Why has Hawks never had a film in the top ten? Is it because films of his, like Twentieth Century, Bringing Up Baby, His Girl Friday and The Big Sleep, are not ‘serious’ and ‘significant’ enough on the surface?

If someone could attempt to explain the Howard Hawks blind spot on these Sight & Sound lists, I’d be grateful.