Restoring Hitchcock #4: the trouble with Champagne

In the fourth in our series on the silent Hitchcock restoration project, curator Bryony Dixon recalls the obstacles presented by Champagne and explains how this 1928 comedy got its sparkle back. 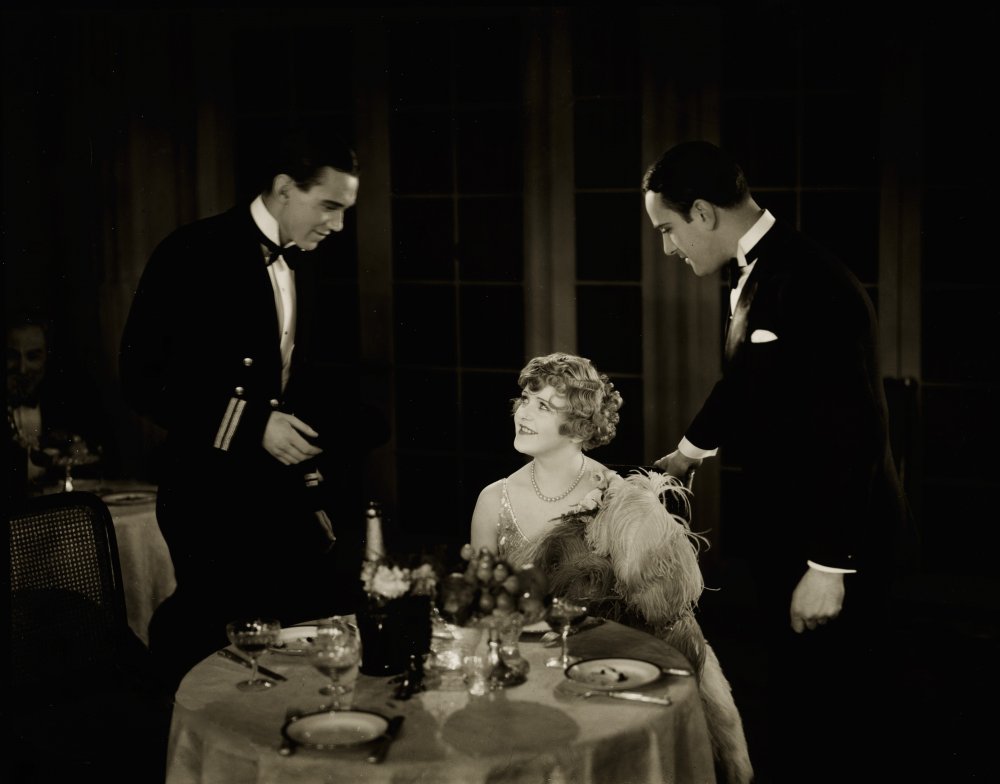 Of all the surviving Hitchcock silents, it was the restoration of Champagne (1928) that caused us the most anxiety from a curatorial perspective. Although the restoration team were able to work from an original negative, which meant we were able to get very good image quality, this was a mixed blessing.

At the beginning of the restoration process we were concerned that for a Hitchcock film there were some clumsily juxtaposed shots and framing errors, as well as the occasional shot exhibiting substandard acting or shots that were held uncomfortably long. 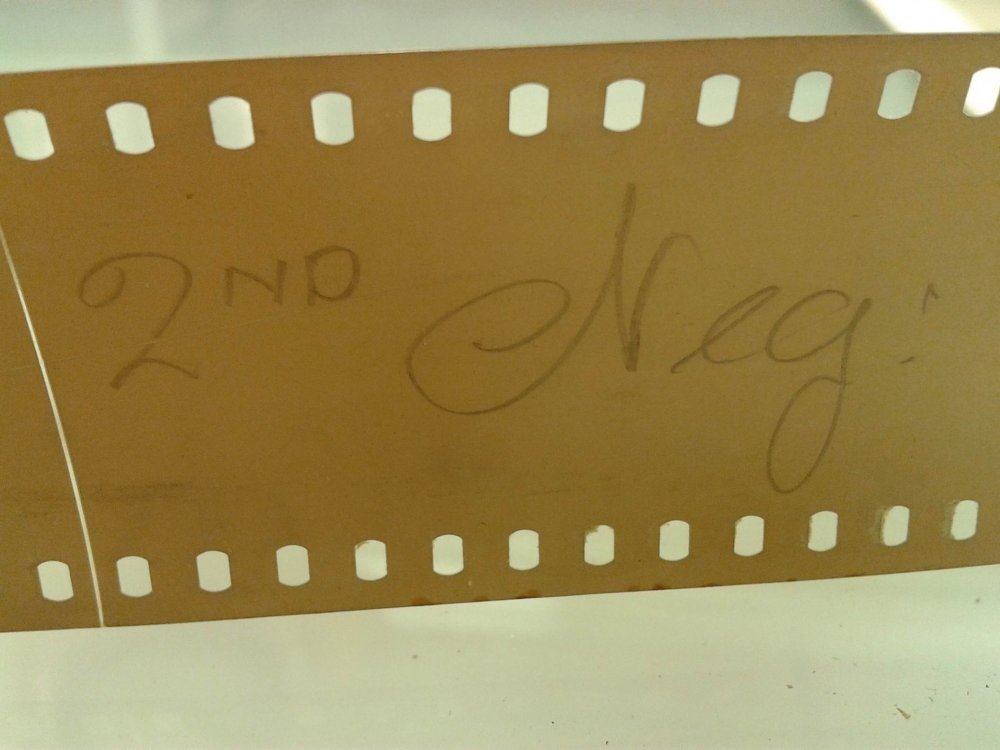 A clue on the Champagne negative

Further examination revealed an instruction scratched into a leader (blank film attached to the start of a reel to enable threading into the projector) saying ‘2nd neg’. From this we deduced that this negative was assembled from second-best shots, kept as a backup in case of damage to the original or for making additional prints for export. This was studio practice at the time, which we can prove from two prints of The Ring (1927) – the British and the French versions. These were edited together from different takes that you can clearly see were taken at the same shoot, but were not taken simultaneously with a second camera. As this negative is the only original element in existence we will never know exactly what the film looked like as it was originally released.

The evidence of editor’s marks on the negative of Champagne confirmed our suspicions. An extensive international search of archives and film collections didn’t turn up any further copies of Champagne that we could use as a guide. One 16mm print loaned by a collector turned out to be made from our negative so could supply no new information.

A further blow was that no records survive from the production company – no scripts or correspondence, or anything that might give us clues to the final release edit. Unusual among European countries, Britain holds no censorship records from before the second world war, as they went up in flames during the Blitz. So there are no lists of intertitles or descriptions of contentious scenes, of the sort that often inform the restorations of our more fortunate colleagues abroad. 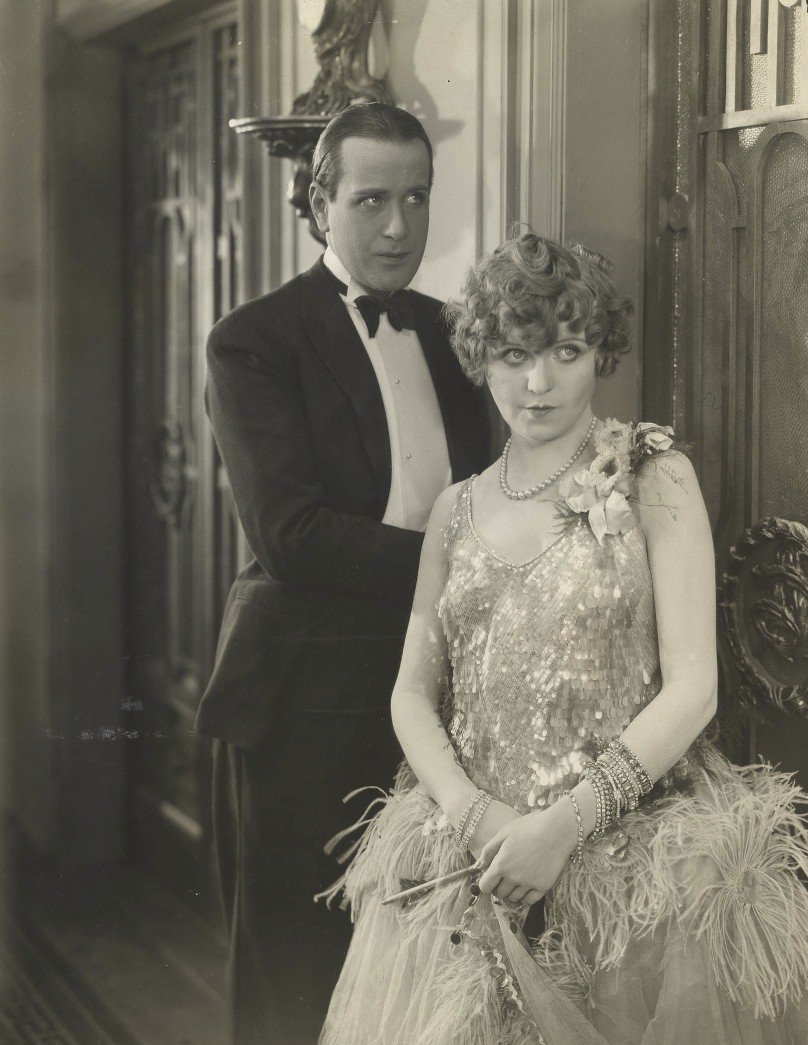 Production still from Champagne – Jean Bradin with Betty Balfour wearing the kind of lavish 1920s costume that looks so good in black and white film.

Faced with this lack of information the only course for the team was to preserve and restore the film as it survived, with a few small interventions. The original negative from 1928 was deteriorated in places. A second-generation fine-grain duplicate was made in 1959 directly from the negative, and contains exactly the same scenes out of sequence, unmade lap dissolves, flash intertitles and one rogue French title. This was used to cover some deteriorated sections, and also helped deal with some minor continuity errors. Finally, some dissolves which had been left ‘unmade’ in the negative were tidied up before the film underwent grading and digital restoration processes.

As with most of the other Hitchcock restorations, the titles were completely remade, recreating exactly the original fonts and illustrations. Although the edit is slightly compromised due to the source material that we had to work with, the result is a truly beautiful looking print that does full justice to Betty Balfour’s sparkling 1920s frocks.

Bryony Dixon’s article on Champagne from BFI Screenonline, the online encyclopaedia of British film and television