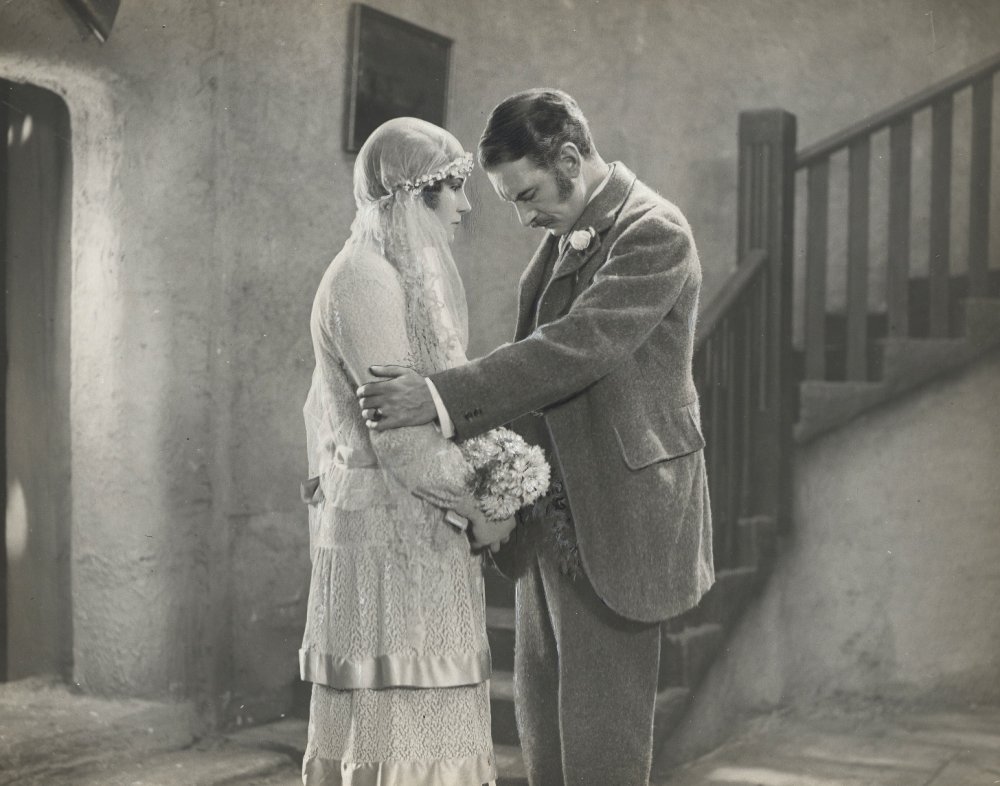 The Farmer’s Wife (1928) was the first of the nine Hitchcock silents to begin digital restoration. A rare excursion into romantic comedy for the future Master of Suspense, it’s the story of a faithful housekeeper (Lilian Hall-Davis) who attempts to find a new wife for her master, a widowed farmer (Jameson Thomas).

Unfortunately, the original negative no longer exists, but the BFI National Archive holds two master-positive copies made from it in the 1960s. One of these was scanned completely, but reels 5 and 6 (of the 10-reel feature) were themselves scratched. These long, continuous scratches are impervious to digital repair without unpleasant ‘artefacts’, so those reels have also been scanned from the second copy. The best parts of each copy will be used and combined. All reels have been scanned with pin-registered accuracy on an Arriscan film scanner. 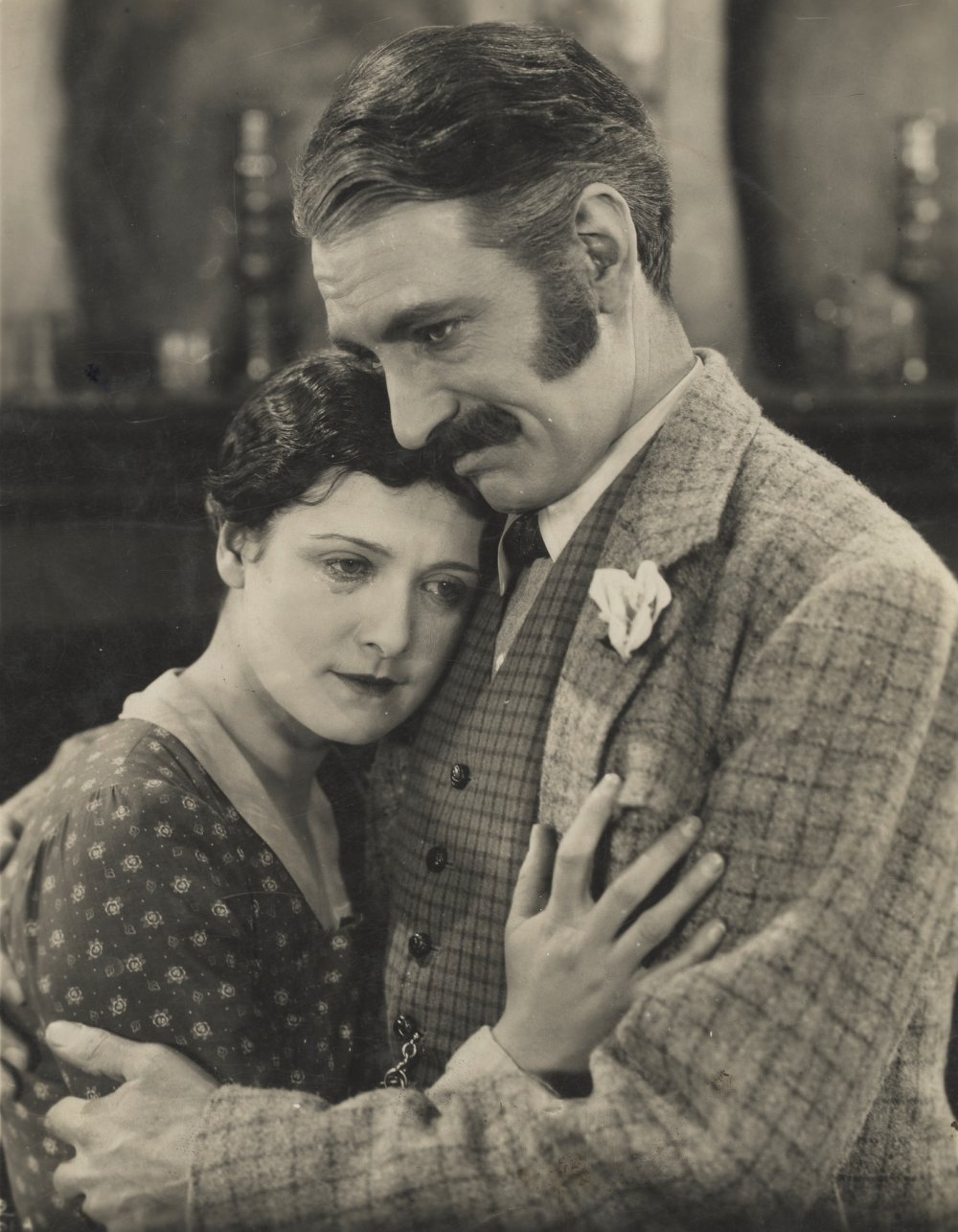 Simultaneous with the restoration work on the picture, reconstruction of the intertitles got underway. Intertitles are, of course, a crucial part of the narration of any silent film, but in The Farmer’s Wife they are exclusively used as dialogue, not exposition, since Hitchcock’s direction is so assured in portraying time, setting and character.

As is commonly the case, the intertitles in the original negative of The Farmer’s Wife exist as ‘flash’ titles. This means there are only a few frames of each title – the original distributors would have ‘stretch-printed’ them each time a release print was made: that is, repeating an individual frame a number of times to ensure the title appears on screen for the right amount of time. 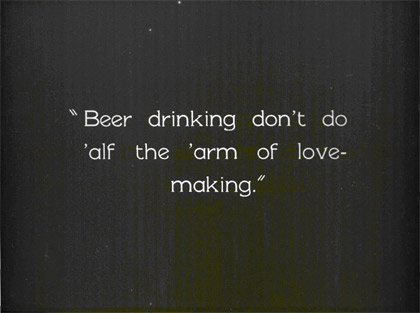 The restoration of intertitles is delicate work. We had the twin aims of re-integrating cleaned intertitles into the restoration at the appropriate length, and with the appropriate graphic quality. It would have been quite possible to clean up a frame of each title (in Photoshop, for example) and then re-insert it into the digital restoration master, duplicated as appropriate to the chosen length. This would, however, lead to a completely frozen title – damaging the rhythm of the film as the titles appear between shots.

To overcome this problem, we clean the single frame in Photoshop before recording it back to film. Each title is cleaned, and the vertical banding – created by uneven exposure when the title was printed (and just visible in the image above) – will be removed from the new copy to recreate the even background. 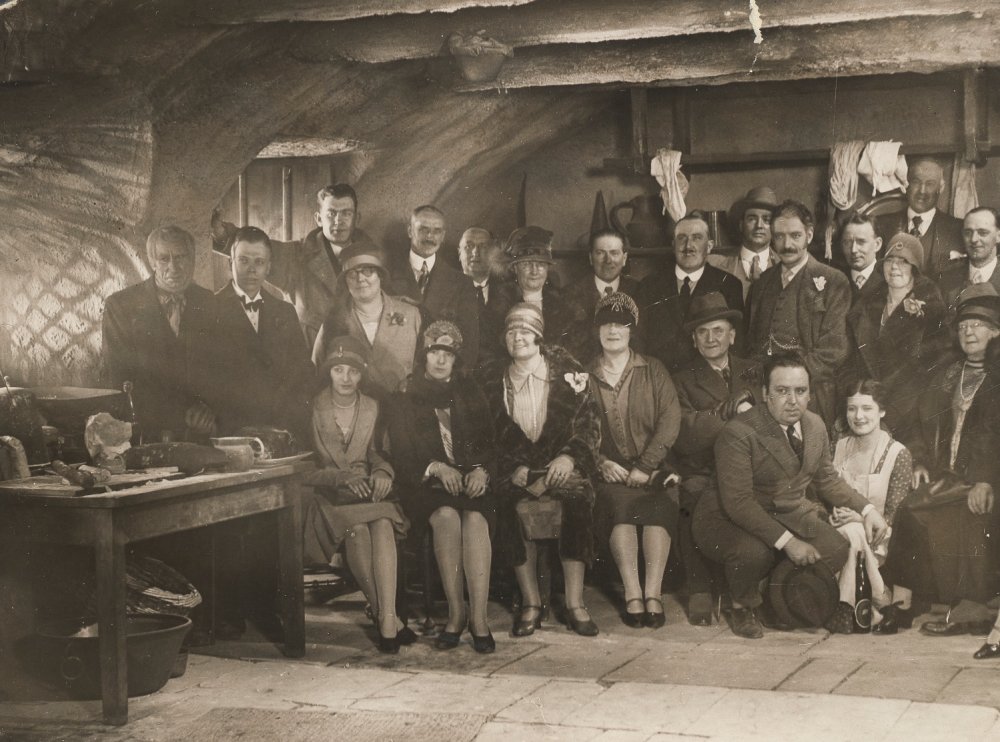 Hitchcock with the cast and crew of The Farmer’s Wife.

The clean single frame is then stretch-printed in the archive lab to make a negative which shows the title for the optimal time. This negative is printed onto positive stock, with the intention of building up motion in the text and film grain. It is this positive which is then scanned and edited into the digital restoration master.