Tributes to the late Stephen Dwoskin (1939-2012), a boundary-pushing experimental film artist and co-founder of the London Filmmakers’ Co-op. 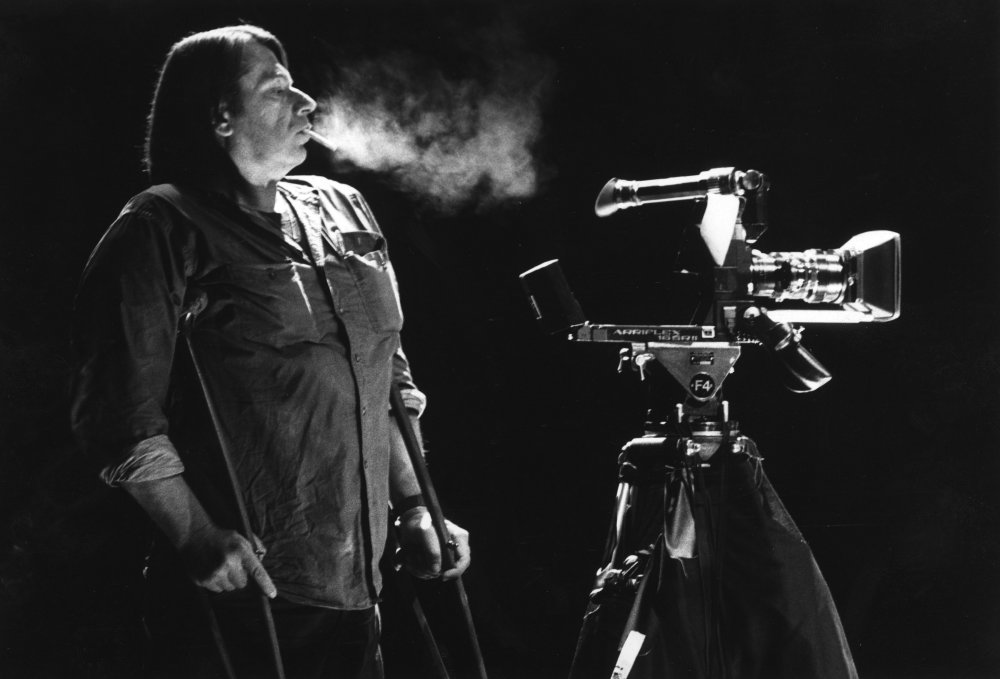 2011 saw the passing of a number of key American experimental filmmakers: Robert Breer, Owen Land, George Kuchar and Jordan Belson. With Jeff Keen passing last month and now with the death of Stephen Dwoskin, 2012 looks to be the turn of British. Sad news indeed.

Stephen Dwoskin was an avant-garde filmmaker in the truest sense – boundaries are not clearly defined in his films, which can often be uncomfortable to watch. Works such as Chinese Checkers (1965), Dyn Amo (1972) and Central Bazaar (1976) explore sexuality, disability and the primacy of the image, often asking his actors/performers to look straight at the camera. His exceedingly dynamic films work directly and emotionally on the viewer, encouraging a deeper sense of both one’s self and the film viewing experience. His films have perhaps been most celebrated on the continent, where he is considered a master of the form. A founder of the London Filmmakers’ Co-op (LFMC) in 1966 and then the Independent Filmmakers’ Association in the 1970s (an organisation that paved the way for Channel 4), he was a visible campaigner for independent filmmaking in the UK, as well as a writer and lecturer.

Steve was a magnificent misfit in the English scene. An American refugee who was happily free of British class obsessions. Instead, he loved people non-judgementally, which freed him to make penetrating investigations of human behaviour. He was astonishingly prolific – finding money to make works (or defiantly making them unfunded) when so many of his contemporaries struggled and were silent for years between films. This gave him a fluency where others were clumsy and tongue-tied, and makes him so much more convincingly a European auteur than most of his Brit contemporaries. Again atypically of the English scene, he was unapologetically always a player in his films, appearing either directly or in the unique personality of his camera eye. His disability shaped and only gave strength to his vision. He was extraordinary; we were lucky who knew him. Two irreplaceable English players – Steve Dwoskin and Jeff Keen – dead within days of each other.

I will not comment too much on Stephen Dwoskin as a filmmaker. Fortunately his work is well known and he enjoyed proper critical acclaim during his life. I had a lot of contact with Stephen in the early years of the London Film Co-op and had the pleasure of travelling with him for a number of shared screenings around the late 60s, where I got to know him rather well. He was a handsome man with a wry smile and wicked humour. He had a great camera eye and joked about the ‘advantage’ of his crutches as ‘a built-in tripod’ steadying his hand-held, intimate, first-person camera.

That his determination to make film required superhuman courage goes without saying, and this was coupled with great physical strength and stamina. I experienced this in our travels together – like after a screening Stephen driving his specially adapted Mini all night from Cologne, I think, to arrive in Brussels in time for breakfast. But the most spectacular episode came when we were each invited to show at the Austrian Film Museum by Peter Kubelka. The screenings ended at about 11pm, when Kubelka insisted we visit his apartment where he would cook dinner. The apartment was on the fourth floor of an old Vienna building with no functioning lift! For half an hour Kubelka and I assisted Stephen up some 70 or so stairs – those Viennese buildings had exceptionally high ceilings – and the cooking did not even start until gone midnight.

After eating numerous deliciously cooked courses – including what seemed like half a cow – and consuming endless two-litre bottles of good white wine, at about four in the morning we retired to the balcony to hear Kubelka accompany the dawn chorus with his clarinet. About 6am, three well drunken filmmakers started back down the concrete flights of stairs. This time Dwoskin would not accept any assistance. Instead, at each of the landings he locked his leg irons, sat on the steps and tobogganed to the next landing, then briefly reverted to crutches on the flat and on to the next bumpy helter skelter, pain dimmed by the wine. We arrived at our hotel at about eight where Stephen slept briefly before a fast taxi ride, just catching the 10.30 flight to Heathrow.

Along with films by Jeff Keen and many other experimentalists, I first saw Steve Dwoskin’s Chinese Checkers and Alone at London Film Co-op screenings, at Better Books and the Covent Garden Arts Lab. Later, I realised that these intense, high-colour and edgy works came from the same image and sound world as Ron Rice, Jack Smith and Andy Warhol, although by the mid-60s Dwoskin was already based in London where he made films for the rest of his life. His films became longer, and explored scenographies of fantasy, alienation and the silent gaze. He also depicted his own disability, a theme continued in recent and harrowing videos of his time in hospitals and under care.

Unflinching on all fronts, his pioneering 1981 NFT season of films about disability was called  ‘Carry On Cripple’. His 1975 book Film Is remains a classic account of Free Cinema. He always insisted that he was above all an underground filmmaker, in the Beat film mode. At the same time, he was loyal to the LFMC and its roots. He was an exceptional portraitist, capturing the human face in phased time with the handheld camera. We have lost a strong artist-filmmaker, whose prolific work will take many years to absorb.

Stephen Dwoskin in Conversation
Dwoskin talks insightfully about his life and career during a filmed interview at BFI Southbank in 2009.