The archive of director Ken Loach is made available to the public in the BFI Reuben Library. 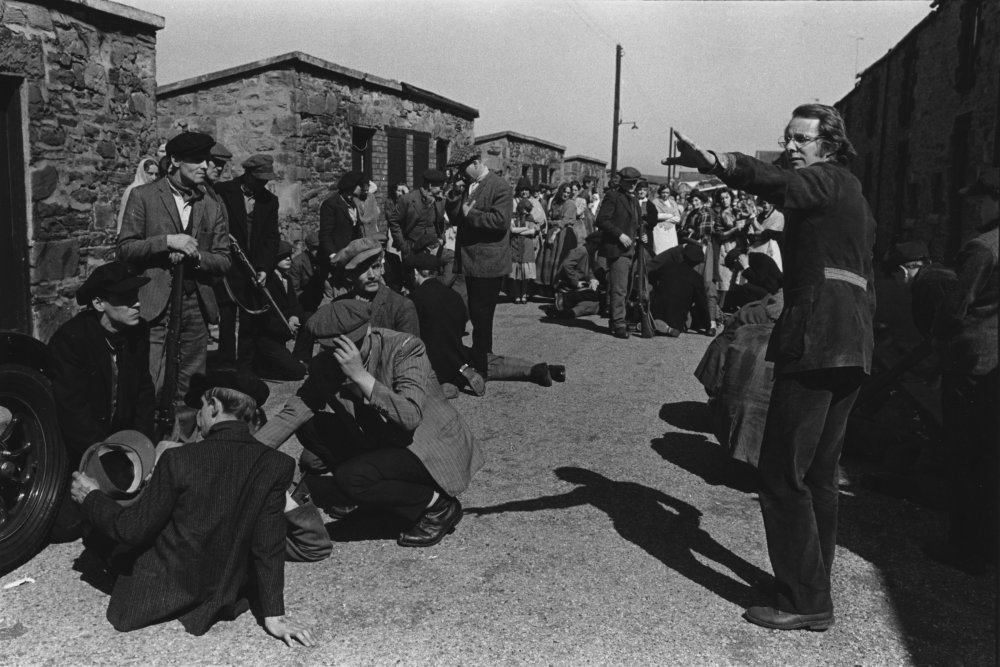 The BFI Reuben Library is making the paper archive of director Ken Loach accessible to the public. The collection will be available in stages as the cataloguing work continues, with the first part ready to view from next week.

The initial material spans the first 20 years of Loach’s film and television career, including scripts for his early television work, such as Catherine (1964) and his contribution to the series Z Cars (1964). There are also papers relating to Loach’s contributions to The Wednesday Play and Play for Today, including 1971’s The Rank and File, a dramatised documentary based on the Pilkington Glass Factory Strike. 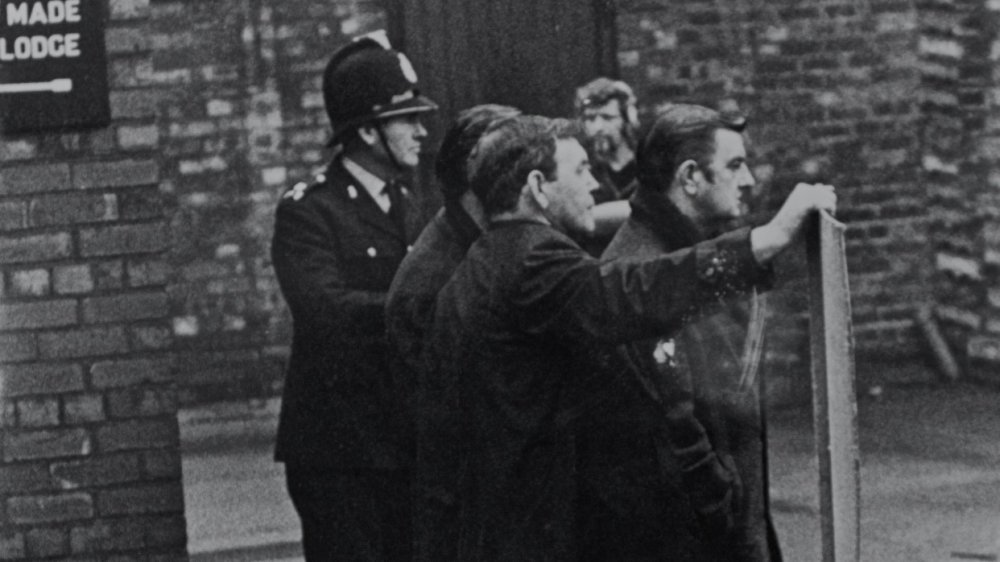 Film titles covered by the collection include Poor Cow (1967), Kes (1969), Black Jack (1979) and Looks and Smiles (1981). Material includes scripts and other papers relating to film production, such as location research, casting papers, budget and distribution papers.

This ‘call sheet’ for Poor Cow gives us a taste of the atmosphere on set, with each page having its own ‘Thought for the Day’:

Ken is a missionary,
Bernard a visionary,
David a misery,
And who wouldn’t be in his shoes.

Bernard Sarron was art director on the film; David Anderson the production manager. 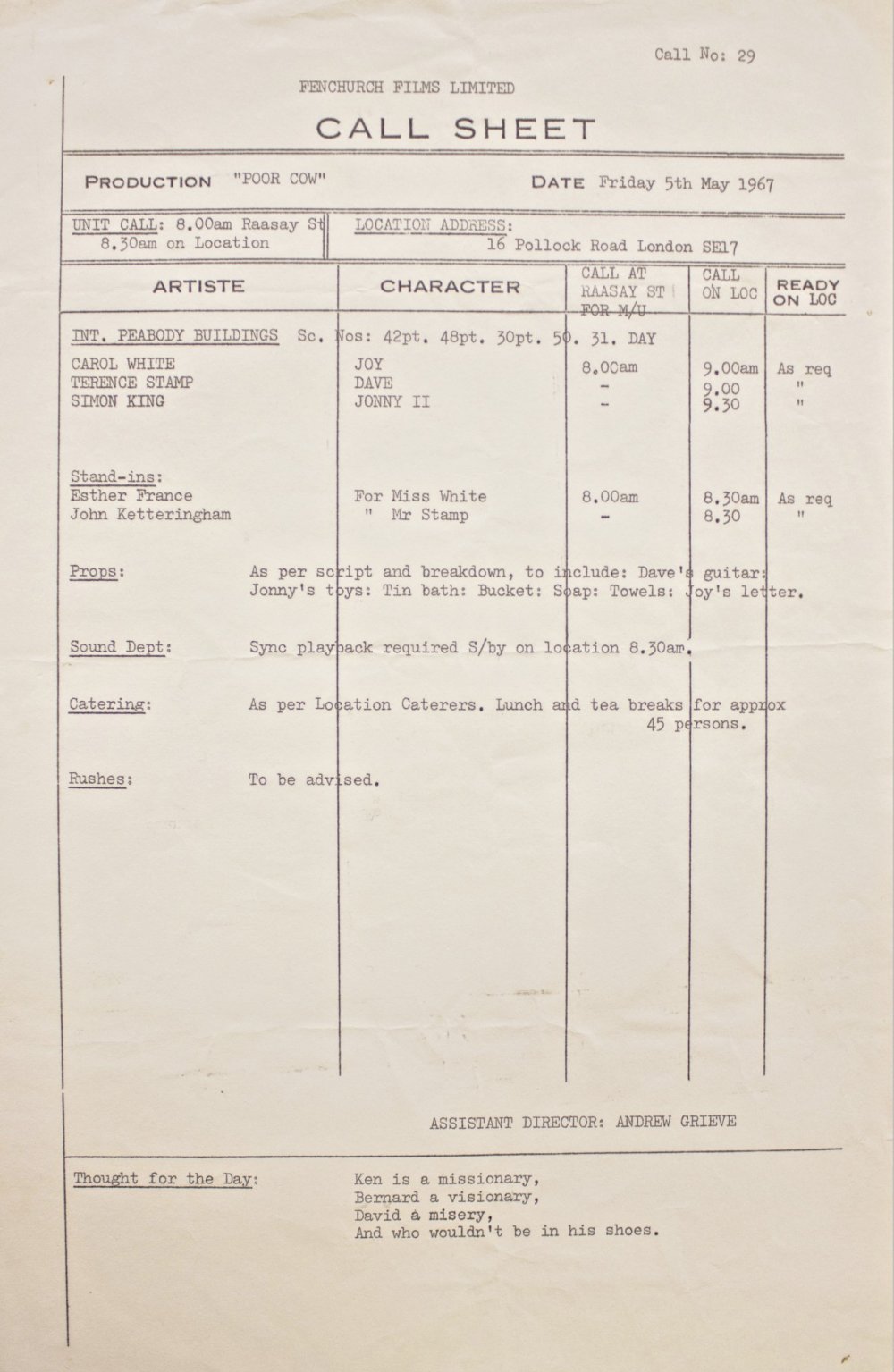 Researchers can look at a variety of scripts, including an annotated camera script for In Two Minds (1967), one of Loach’s Wednesday Plays which was later adapted for film and renamed Family Life (1971). The archive holds several versions of this script.

Here we have an annotated version with the original title ‘Scenes of Family Life’, the images below showing the scenes where Jan arrives at a psychiatric hospital, with notes and ideas in Loach’s hand. 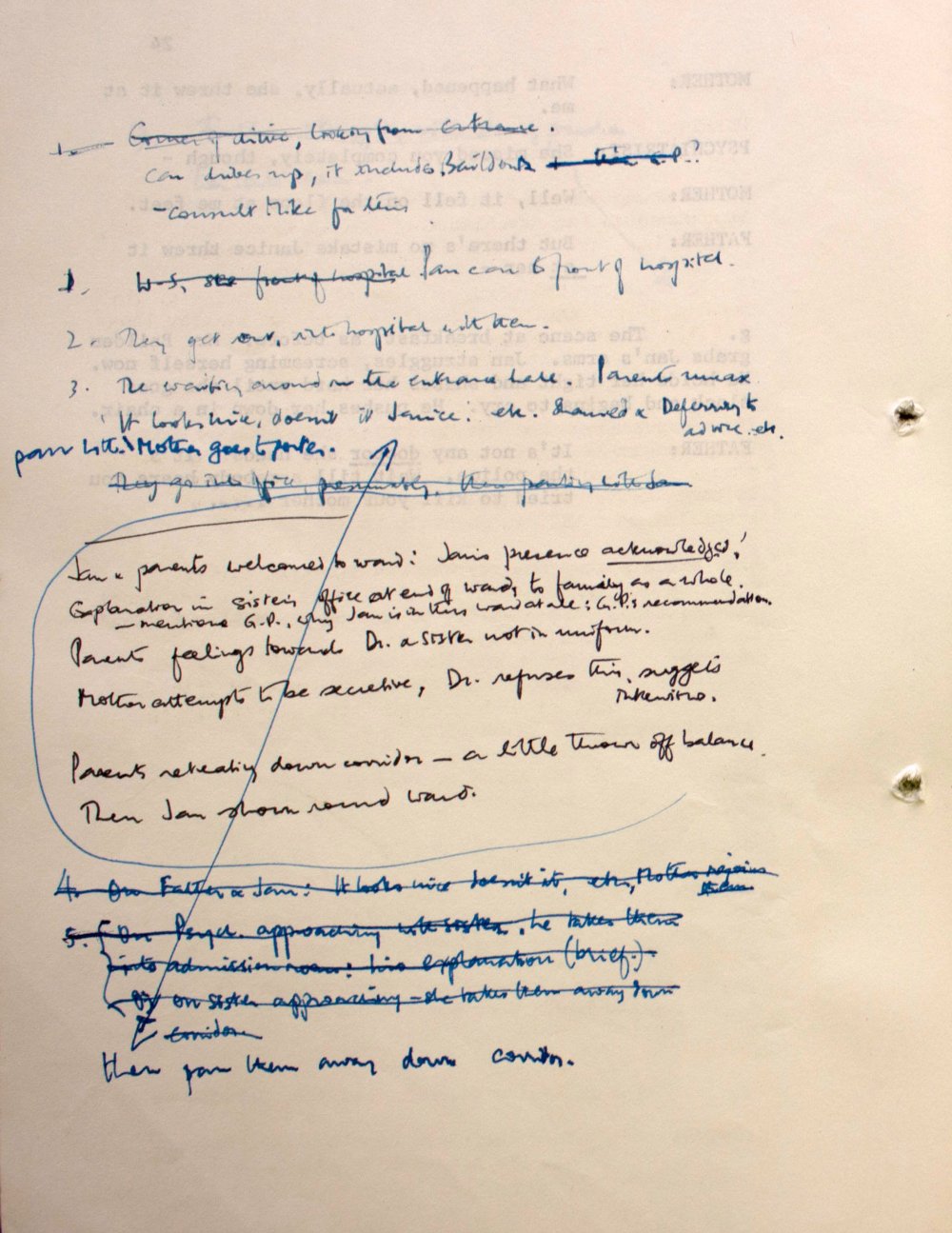 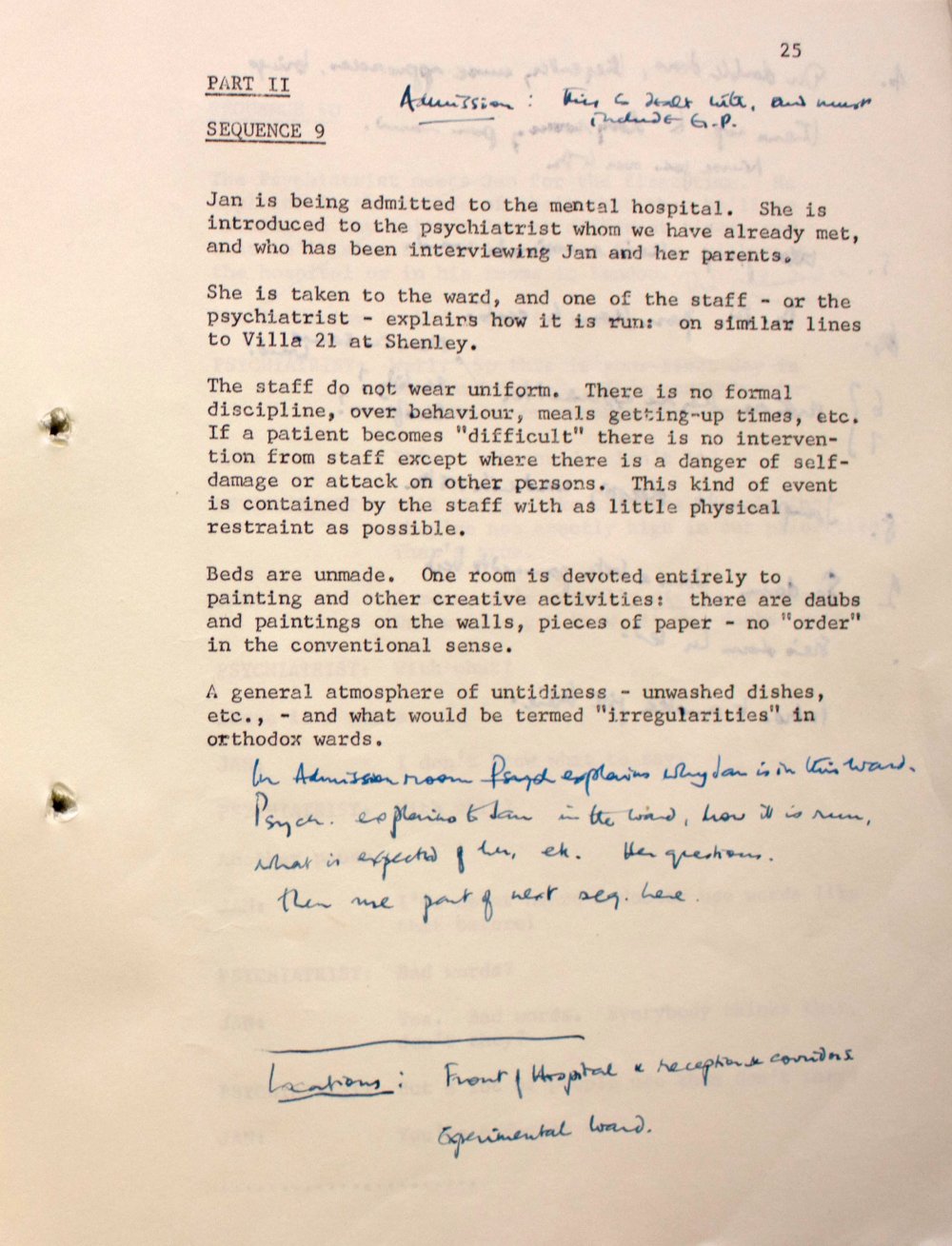 Days of Hope (1975) is a four-part series which, having been accused of excessive partisanship, caused significant controversy and provoked a debate concerning the question of overt and hidden political bias. 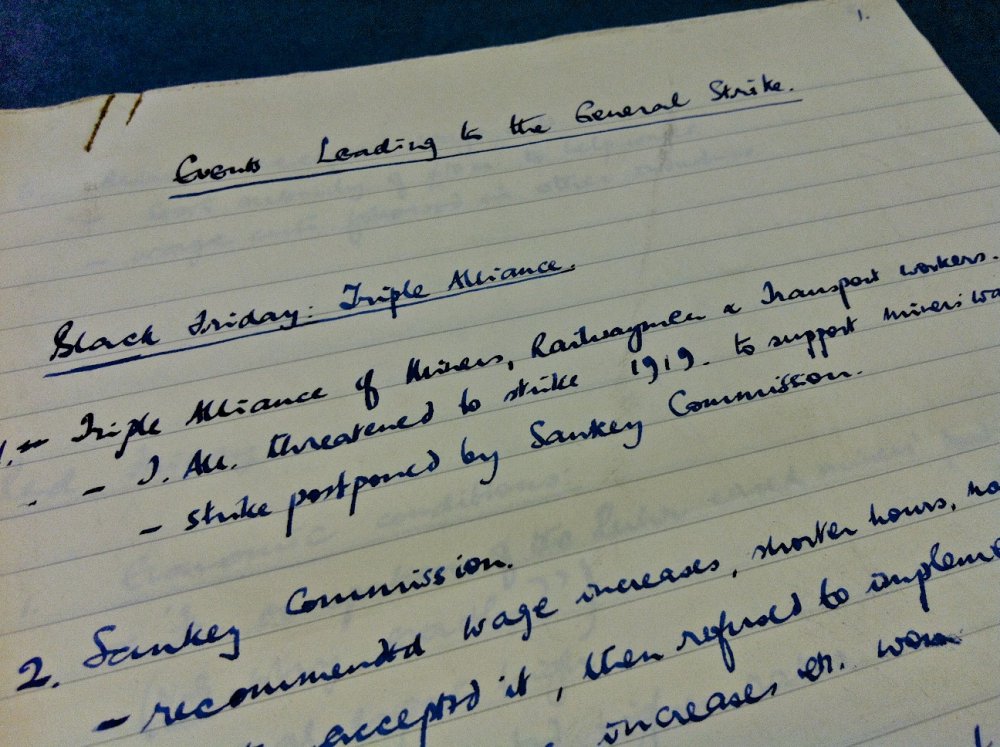 Papers relating to Loach’s banned documentaries are also held in the collection. As early as 1969, Loach’s Save the Children Fund Film, commissioned to celebrate the 50th anniversary of Save the Children in 1971, caused controversy after the charity put a block on the film’s release. This resulted in a court case ruling that the film must not be destroyed, but instead locked in the vaults at the BFI. Save the Children gave permission for the film to be screened to the public for the first time last September as part of the BFI’s Ken Loach season.

Additionally, papers relating to the intended four-part series Questions of Leadership will soon be catalogued, which includes a significant amount of research material.

The Ken Loach archive is available to view by appointment. For further information please contact speccoll@bfi.org.uk.