The job of selecting the best of the year’s French cinema for the BFI London Film Festival falls to Jonathan Romney. Here he explains why 2012 is the year of punk. 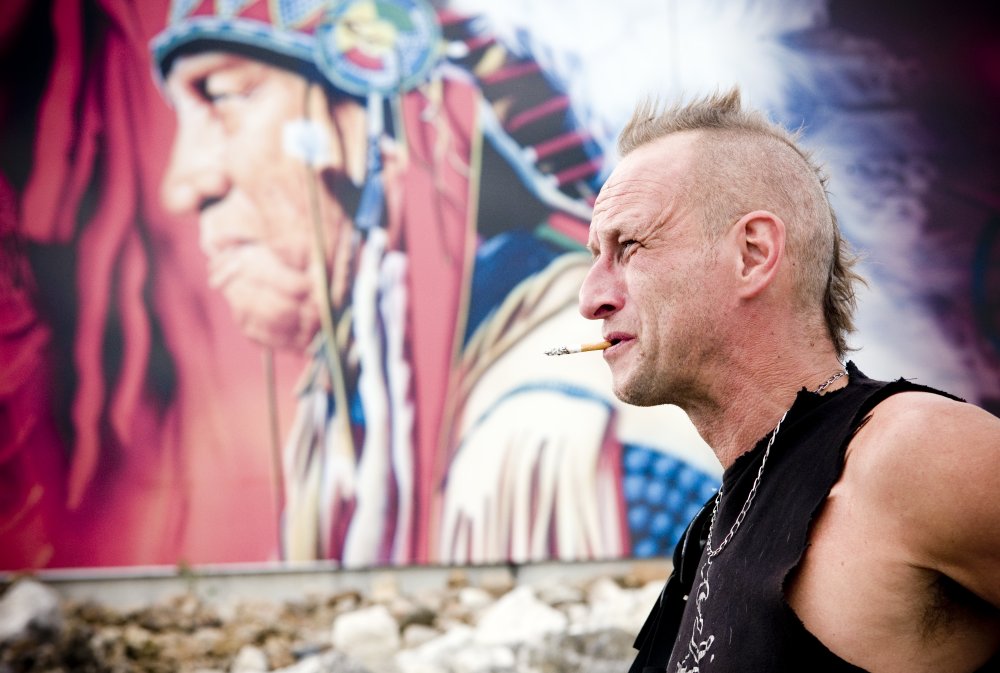 I’ve been programme advisor on French films for several years now, so I’ve been doing what I usually do, which is to seek out new and interesting French work. I start looking fairly early, at what’s coming up, what people are likely to be making, or what’s in production or post-production, and try and catch things at the right time, when they’re ready for us to see them.

Then of course I’m doing programme notes as well, and will be doing several Q&As with filmmakers, which is always very good for my French.

I always specialised in French film to a degree; it was a particular thing of mine. I always found French film a very rich field: there’s always something interesting and new coming up. When I first came on board at the Festival, I was asked originally by [former LFF director] Adrian Wootton and then I carried on working with Sandra Hebron for several years, and worked with Clare [Stewart] for the first time this year. So it’s been a long and interesting involvement. 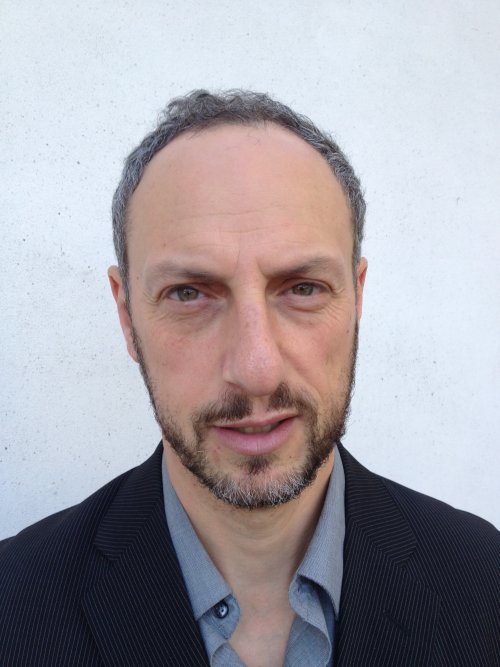 There’s something we always do, which is to go to a Paris screening theatre for three days and just get completely immersed in as many new titles as possible, and we do that through Unifrance, who are always very helpful in getting material together for us.

It’s actually become a more complex process. The process always starts at the beginning of the year in festivals like Berlin or Rotterdam, so I start seeing interesting things in February or sometimes even in January, and there’ll always be some titles from there. Then there’s a mass of stuff to be seen in Cannes, but the body of it comes later because a lot of new material comes up after Cannes.

In the last few years, it’s become more and more possible to get DVD screeners and to see things online. When I first started, basically it was the festivals and it was those three days [in the Paris screening theatre] and you were almost totally dependent on that. Now there are so many more sources that the whole thing has just expanded, and suddenly there’ll come a point in the year when I’m just sat in front of this mountain of screeners, just wondering where to begin.

You watch as much as you can and usually it’s fairly obvious what you want. The really excellent titles jump out. Some years it’s very difficult, there will be an embarrassment of riches. With French film, there’s always a lot of it. Sometimes there’s so much good stuff that you just don’t get in everything you want.

But the films that are really exceptional jump out at you. Usually you can sort of guess in advance what they’re likely to be. If you get a really fine director like Jacques Audiard say, you go straight to the Audiard film because you absolutely want to see it and you get very excited about it.

Sometimes films will come out of nowhere by people who may have been around for a while and will surprise you with something really extraordinary. One of the things about French cinema that’s always really exciting is you’ll get a lot of first-timers or second-time filmmakers who will come almost out of the blue. You may know nothing about them at all, and you’ll see something really extraordinary. And I would say we have films like that pretty much most years; that’s what’s very refreshing about French film.

This year there’s been the additional challenge of moving from what used to be the French Revolutions section to the new thematic sections, which have a different challenge for the programmer. We don’t go out to look specifically for films for the Love section or the Dare section, but certainly one of the things you’re thinking about when you choose a film that you really want is that you have to think, where does it sit? What does it really say to you? Is this a Dare film above all? Or a Love film above all?

You don’t just choose a film because it’s by a famous director. Sometimes just because it’s a famous director, that in itself can be a warning sign. There’s nothing worse than unconditional hero-worship. Auteurism has its limits. I’ve certainly seen films in the past by very well-known directors that just didn’t cut it. In a way, it’s not fair either on the film or the director, and certainly not the audience, just to include them because the name is considered a mark of quality.

With someone like Jacques Audiard, Rust and Bone is certainly what you’d call an event film. It was very much talked about in Cannes, it made a big impression. It’s an incredibly ambitious, emotional and direct film; it’s very sophisticated. It has extraordinary performances: Marion Cotillard is at her best here. There’s a very powerful performance by Matthias Schoenaerts. It’s a major film.

There’s one that’s maybe not a discovery, because I’ve been watching these directors’ films for years, but certainly it’s a real pleasure, which is Le Grand Soir. One of the things that’s perhaps rare in France is to find an out-and-out comedy which has a nice acid edge to it as well. This is by the duo Benoît Delépine and Gustave Kervern, who made Aaltra (2004) and Mammuth (2010). They certainly have a reputation with LFF audiences for surreal, absurdist, social satire. They always have an anarcho-punk sensibility.

This is a very explicit punk film. It’s about a middle-aged punk who’s wandering a shopping mall with his dog on a string, and his straightlaced brother who’s a furniture salesman, and what happens when they finally decide to stage a revolt together. The whole thing is set around this shopping mall area on the edge of town. It’s a wonderful film because it’s funny, it’s anarchic, it’s mischievous, it’s loud and it’s ill-behaved. But it’s also very political and very timely. 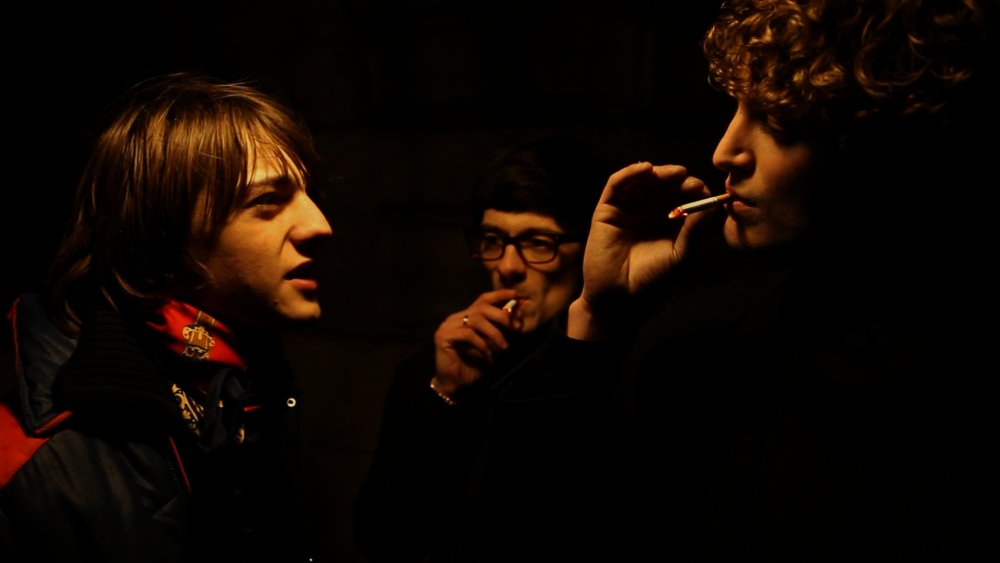 Talking about newcomers, there’s a very nice film by Héléna Klotz called Atomic Age. You could call it a coming-of-age film or you could call it a male love story with a teen counterculture edge. It’s about two guys who go out to a club for the night, and their night together on the club scene in that French rock bohemia setting. But it’s an incredibly poetic film, it’s got a very strange, elegant, poetic vision. It drifts; it’s very concise but it has a sense of time and space bending in a very beautiful way. It’s one of those films that very often come out of France that aren’t precisely about character and story, but just have a vision of life as it could be lived. There’s a rather utopian feel to it.

It’s hard to say if there are trends. I would say that this is the punk year in a strange way, because we’ve got Atomic Age, we’ve got Le Grand Soir, and we’ve got Punk by Jean-Stéphane Sauvaire, which is about a corner of the hardcore punk scene in France which probably in Britain we would regard as a fossilised world, the world of super-glued mohicans.

Sauvaire made a fantastic film a few years ago called Johnny Mad Dog (2008) about child soldiers in Africa. [Punk] is about a teenage outsider with a difficult home life. It may look to us like a dinosaur universe, but in fact he presents it to us as something that’s still very vivid, still a place to go, a place for the young hero of the film to find meaning. It’s very punchy, it’s very aggressive, but it’s a also very sensitive film.

It’s got an extraordinary performance from Beatrice Dalle, who you sometimes forget is a really good actor. She plays the mother of the young hero. It’s very tender; it’s a mother-son love story as well as everything else. That traditional strain in French cinema about revolt and useful rebellion ebbs and flows over the years, but I’d certainly say it’s here in strength this year.