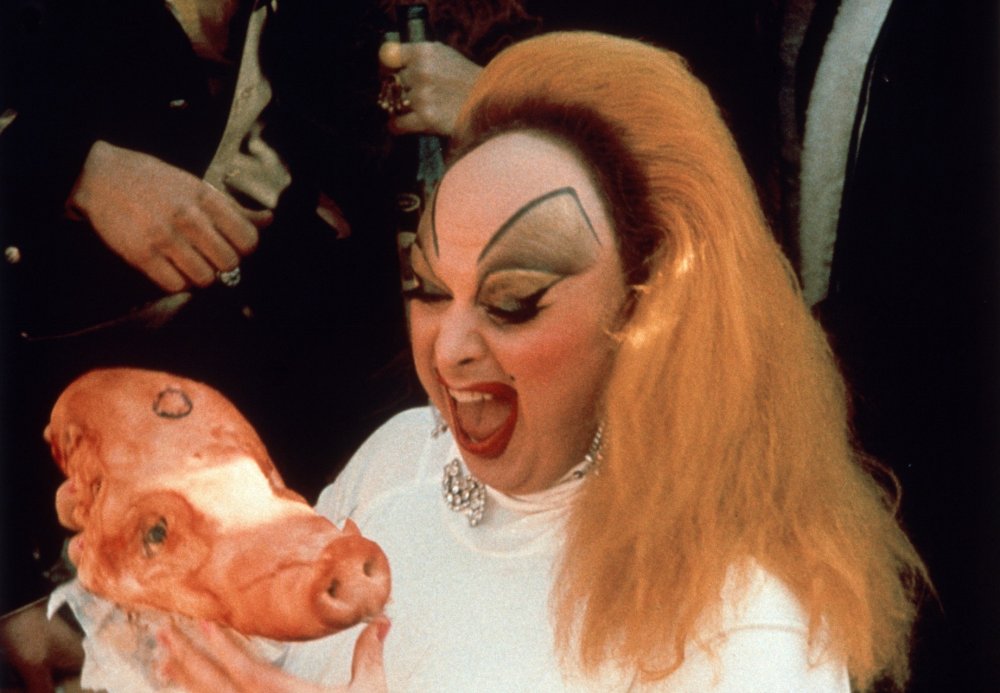 Writing in 1973, trade paper Variety called John Waters’s notorious trash classic Pink Flamingos “one of the most vile, stupid and repulsive films ever made.” The proud provocateur, Waters famously received this as high praise, saying that if his film was vile, it was at least “joyously vile.”

Unsurprisingly Pink Flamingos has travelled a rocky road with international film censors, and it wasn’t even submitted to the British Board of Film Censors upon release – presumably as the distributors believed the cuts it would have received would have left the film in pieces. Instead the film played in private film clubs during the 1970s and 1980s, was released uncut on home video without a BBFC classification in the early 80s, and has surfaced on subsequent UK video editions with various excisions.

Though changes in European law enabled the BBFC (by then having changed its name to the British Board of Film Classification) to finally pass Pink Flamingos uncut in 2008, the proposed DVD release never transpired and it is still available only in cut versions. Marking the BBFC’s centenary, the airing for Waters’s film pariah in BFI Southbank’s Uncut season is a rare cinematic screening of the complete version – a happening that Waters has responded to with characteristic exuberance. Sending off a gleeful missive to the BFI, the director wrote:

Filth followers everywhere rejoice!  Pink Flamingos can finally spread its rotten wings, stand on its one leg of ‘video nasty’ respectability, and be free of the tyranny of good taste that has constantly tried to kill this ‘exercise in poor taste’ from the day it crossed the ocean.

Thank you, British Film Institute, from the bottom of my black little heart!