The materiality of film: Peter Kubelka

Celebrated in the Experimenta section of the Festival, Austrian-born filmmaker Peter Kubelka talks to Georgia Korossi about his analogue films and the unique possibilities of cinema. 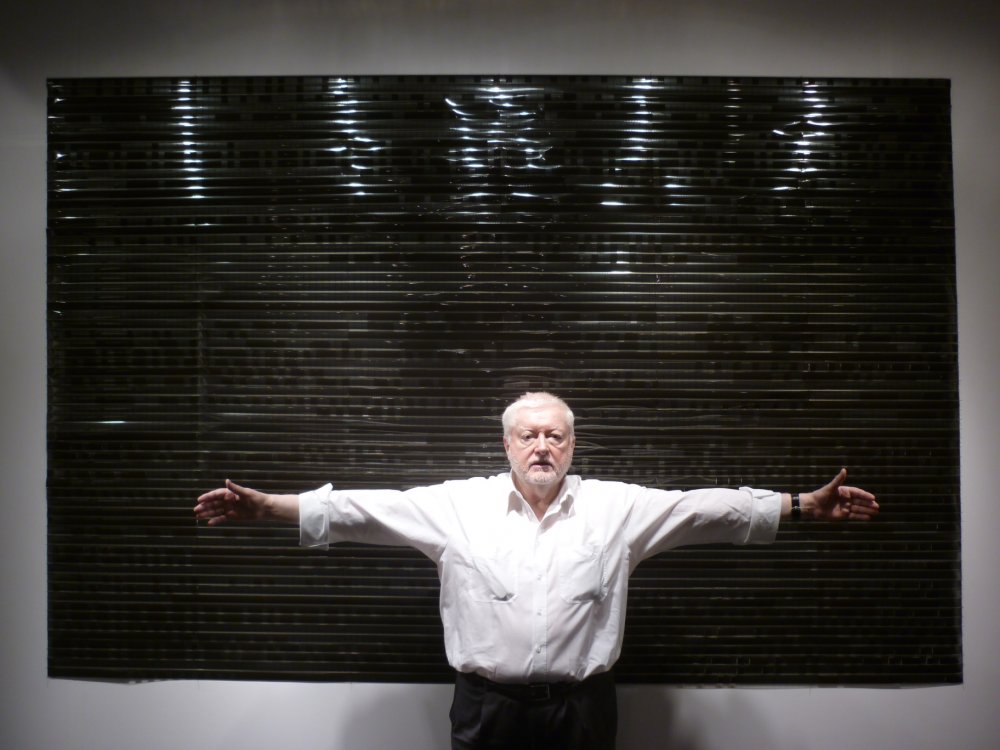 “The media”, Kubelka remarks, “open new thinking and our eyes in the same way an impressionist painter plays with reality. The human-animal has this long education by evolution, and the world was not always what we see today. We now see different things to what our ancestors saw. This is mainly due to the media. And cinema, which has a history of over 100 years, has been inscribed into our lives so it will not vanish. I do not permit my films to be transferred into the digital medium and I bear all the disadvantages this has as a polemical stance.”

Austrian-born Peter Kubelka is a filmmaker, architect, musician, curator and lecturer whose work explores the understanding of film as a material and factual affair. His films are not available digitally and to see them on the big screen is a rare opportunity. The experience of seeing his films is spellbinding and at the same time descriptive, like seeing a tailor’s work in progress: film cut by hand with scissors and then glued together. For him film is nearer to sculpture.

A complete retrospective of his work, consisting of eight films in total, is a highlight in this year’s BFI London Film Festival and it’s accompanied by his Monument Film installation of celluloid filmstrips from his Arnulf Rainer (1960) and Antiphon (2012) in the Atrium at BFI Southbank. A lecture screening lead by Kubelka in person, with 35mm projectors running both these films from the installation, takes place on the final day of the Festival. 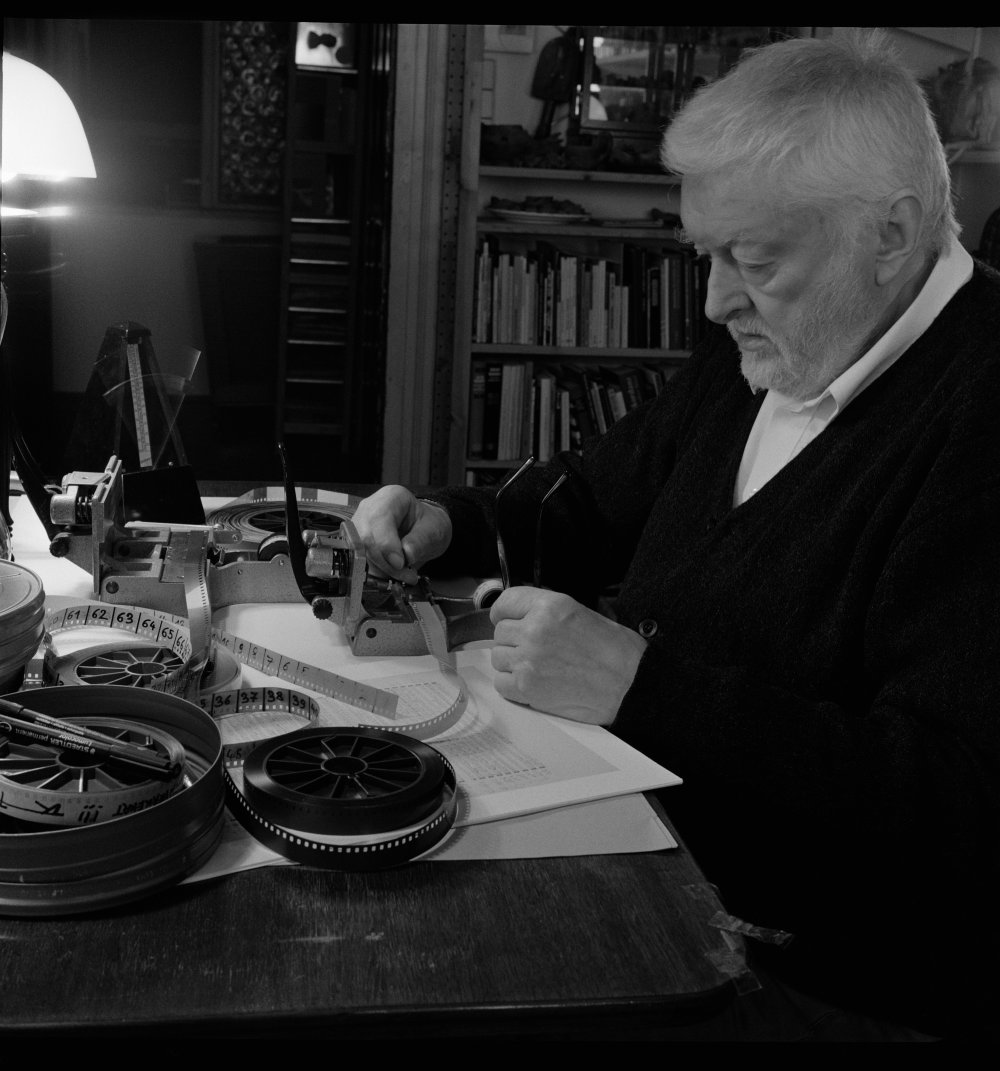 Your work is fundamental in understanding the essence of film. What do you hope young filmmakers to take from it?

It’s always difficult to give advice to young filmmakers because they already have an agenda of their own. But my advice in how to succeed in communicating their ideas is to make no compromises, to really do what you have to do. And then it will automatically be accepted. In my case it took many years until my work was accepted. I made many compromises in my life but never with my work and it is now very rewarding because it enables me to live in the presence of my work without getting ashamed. So the only recipe I have is to do what you have to do.

What’s behind your cinematic image?

Every time I sit in the cinema and listen and look at my own films it’s different. Especially with my new work Monument Film. It is very difficult for me to speak about this work, which reminds me of the fact that it was always very difficult for me to speak about other new films when they first came out. What it means is that my films are not conceived beforehand in words and they are born non-verbal. They are analogue films that don’t make sense if they are transferred into the digital media. I very much believe that cinema is an independent art form. It has a hard core that no other medium can touch. My film is not identical to language. It is a completely different medium and it is my special wish that my message is not just about the spoken word, the world of language.

Which filmmakers inspired you when you first started?

It is less an inspiration. My work didn’t grow out of other filmmakers because when I started I hadn’t seen the important films.  Then later when I had made most of my films I started the Austrian Film Museum and brought the films to Vienna. There I saw films by people whom I have a great love and respect for like Luis Buñuel and especially his L’Age d’or [1930] for the use of sound, Dziga Vertov’s Enthusiasm [1931], then of course Fernand Léger and his Ballet mécanique [1924]. Then the great inspiration was Etienne Jules Marey and his Chronophotographie. 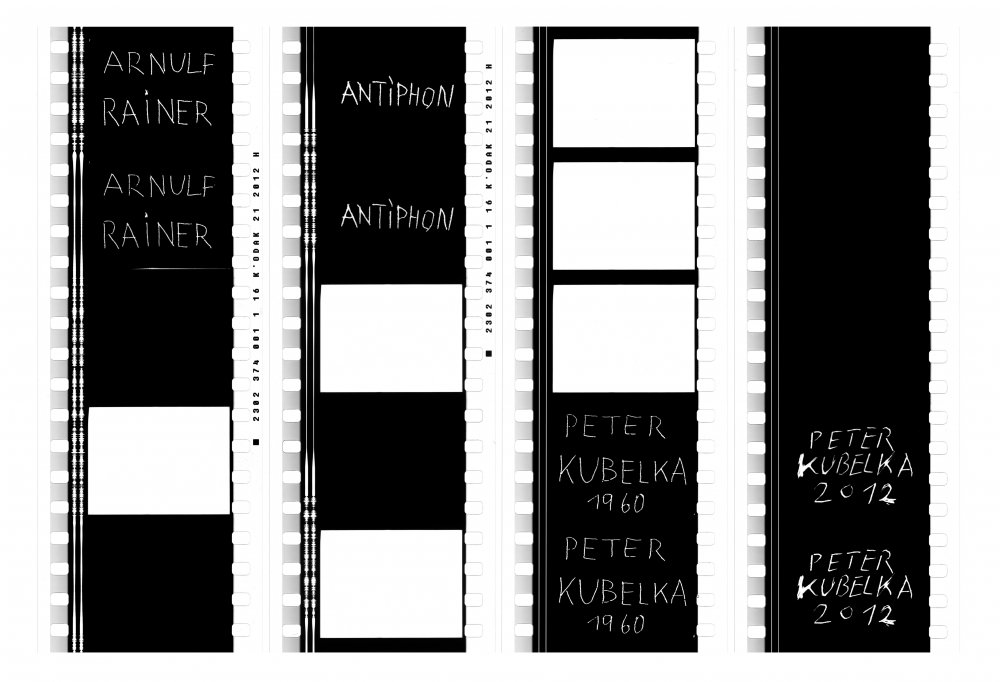 In Martina Kudlacek’s film we discover that you are an exemplary musician.

I was educated in classical music, piano and violin. When I started to devote myself full-time to film I stopped playing. Later I started to learn ancient music and started practising again. I founded a music ensemble in 1980 called ‘Spatium Musicum’. I did many what I call didactic concerts trying to analyse musical content.

How did this influence your work?

Film is much nearer to music than to literature and of course I learned that from playing music. I never tried to transfer properties of another medium into cinema. I always tried to find the essence of cinema, to make films that are only possible with cinema. The opposite would be a film novel.

Is it all about the cinematic event?

The cinema is a black and silent room in which there are no noises or other sounds from the outside world. People go there at a certain time and they remain seated doing nothing else for two hours. This situation is the deepest and profoundest opportunity that we have in the whole world to approach the work of somebody in which we are interested. We are forced by circumstances to concentrate completely on one thing. All other media and especially the digital media can work everywhere else, they are part of the environment, they sponsor dissipation, and so the film event is the greatest situation of an encounter with somebody else’s thoughts. 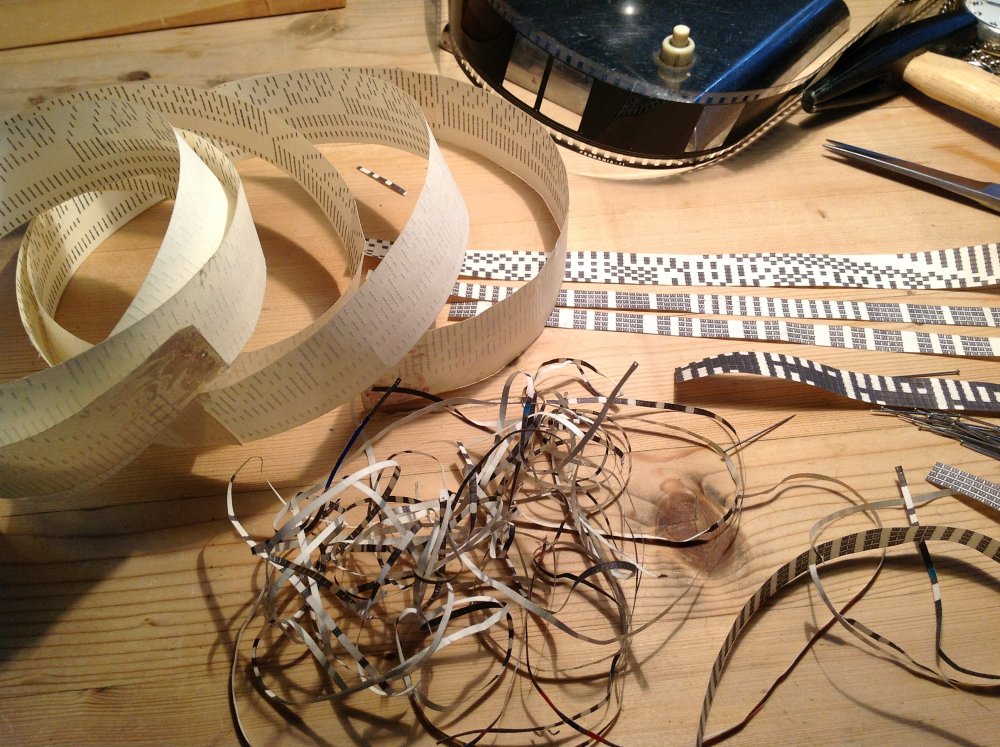 Scores on paper for the film Arnulf Rainer by Peter Kubelka

How did you get involved with the Anthology Film Archives?

Apart from making films I also show films. Before Anthology Film Archives I curated the avant-garde collection of the Centre Pompidou in Paris. All this came out of the wish to see the films myself and then represent cinema to the public. When in 1966 I went to America, I had known Jonas [Mekas] already – together with Stan Brakhage he was instrumental in getting me there. We had many discussions about what can be done to represent our form of cinema to the public that was interested in this new medium. We felt, rightly, that other institutions were not doing this and we decided to initiate a foundation, which we called Anthology Film Archives. It would have the emphasis on this kind of cinema that is made by one person outside the commercial circuit: we can call it cinema as an art form just like painting.

Jonas [Mekas] was able to find backing and support for this idea. Then we made a cinema, which I designed, called the Invisible Cinema. The model was not to make a film theatre like a 19th-century theatre where people sit by themselves in boxes and have a rich interior in front of them. I saw cinema as a machine like a camera. My cinema is like the interior of a camera. The idea is that you sit in blackness and the only thing you see is the screen. This is why I called it Invisible Cinema, because you don’t see the space, you only see the film.

Related to The materiality of film: Peter Kubelka