Man in the dark: Paul Auster and the cinema

As celebrated novelist, screenwriter and director Paul Auster prepares for an onstage interview at BFI Southbank to mark the publication of his memoir Winter Journal, Ashley Clark surveys the New Yorker’s shifting relationship with the cinema. 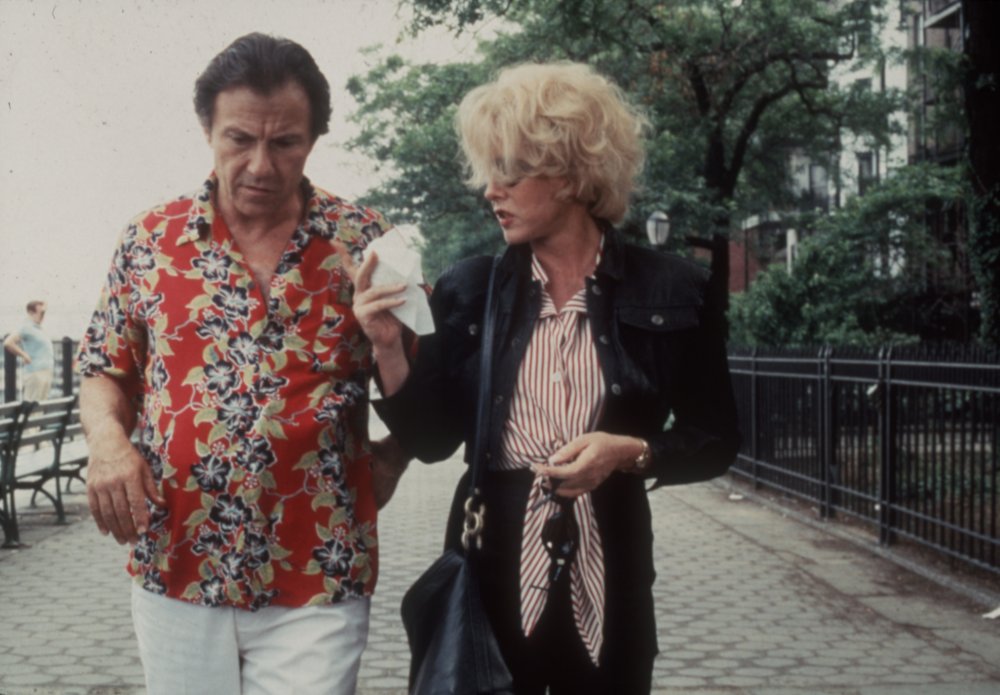 Brooklyn-based novelist and essayist Paul Auster, whose most famous works include The New York Trilogy (1987) and The Book of Illusions (2002), has always enjoyed a deep relationship with cinema. An ardent cinephile (“I was always crazy about movies from early childhood”, he said in 2011), the novelist had considered becoming a film director in his youth, but felt his personality too shy to command the required attention of a large staff.

Throughout his writing, Auster has explored themes of existentialism, criminality and fate, couched in reflexive storytelling which echoes his characters’ ongoing quests for identity. Auster frequently ‘breaks the fourth wall’, while critics have often described his metaphysically-inclined writing as possessing a ‘cinematic quality’.

Yet despite the memorable characters and deliciously noir-ish atmosphere Auster is frequently able to conjure in his work, he has suggested that, in a formal sense, his novels have little to do with movies (specifically: very few scenes, little dialogue). 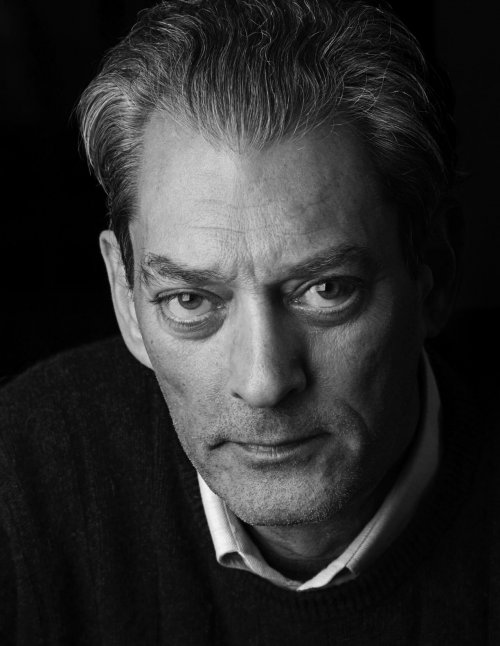 Given that Auster once said, “I’m a firm believer that there are no rules in art. Every trajectory is different”, it was unsurprising that he was to eventually foray into cinema, despite reservations about his material’s suitability for the medium.

In 1993, he adapted his 1990 novel The Music of Chance for the screen. Directed by Philip Haas and featuring excellent performances from James Spader and Mandy Patinkin, it is an intriguing drama about two gamblers whose plan to fleece a pair of wealthy bachelors in a card game goes disastrously, absurdly wrong.

Though enjoyable, the film adaptation clearly betrays some of Auster’s concerns. Writing in the Chicago Reader, Jonathan Rosenbaum noticed a dissonance in Haas’s realisation of Auster’s distinct style:

[The film] is every bit as sketchy as Auster’s novel – even more so, given … a few distracting additions (such as the cutesy, compromised tacked-on ending). But in terms of narrative method, the movie eliminates much of the space for the audience that the novel opens up to the reader, and without employing any film style that might compensate for the reduction.

In 1995, Auster was able to shed some of the shyness that plagued his youth to co-direct his screenplay of Smoke with Wayne Wang (The Joy Luck Club). Based on a Christmas story he’d written for the New York Times, and set in and around the Brooklyn cigar shop of avuncular Auggie Wren (Harvey Keitel), Smoke is a charming, multi-character drama which explores themes of grief, fatherhood, and chance. In keeping with Auster’s restless questioning of ideas of authorship, it also features as a central character a writer named Paul Benjamin (Benjamin is Auster’s middle name). Auster’s intricate screenplay landed him an Independent Spirit Award.

Smoke was immediately followed by companion piece Blue in the Face (again co-directed with Wang), which retained the setting of Auggie’s cigar shop as social fulcrum, and boasted cameos from the likes of Jim Jarmusch, Lou Reed and Madonna. Shot in six days, and comprised solely of unrehearsed, improvised takes, the film was an offbeat, funny look at a diverse Brooklyn neighbourhood. 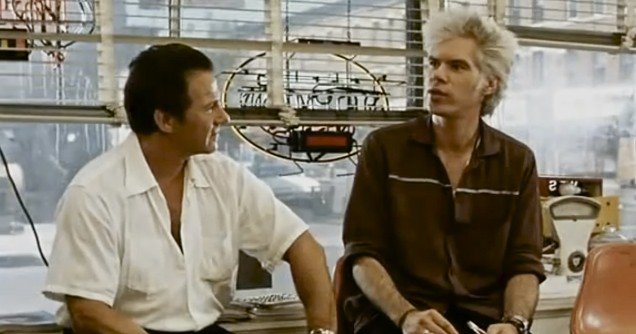 In the midst of what was now an extended break from novel writing (“When I got involved in film work in the mid-1990s, I rediscovered the pleasures of working with other people”, the author told the Paris Review in 2003), Auster returned to directing in 1997 (this time flying solo). This was with Lulu on the Bridge, an atmospheric drama about a jazz saxophonist (Keitel again) who is shot on stage. Auster’s friend Wim Wenders was originally slated to direct, but reportedly got cold feet when a journalist informed him that his last four films had all been about the film industry – self-reflexivity in overdrive?

Auster returned to novel writing after the moderately well-received Lulu on the Bridge, and in a 2005 interview with fellow writer Jonathan Lethem stated, “…very happily, without any regret at all, I retired. I’m not in the movie business anymore.” But this self-imposed exile did not last long, for Auster again stepped behind the camera to direct The Inner Life of Martin Frost in 2007. Starring David Thewlis as the eponymous author, it was a moody chamber piece about the perils of distraction.

Auster included plenty of his own life in the film, including family photos on the shelves of the house (owned by a character named Restau, an anagram of Auster), and references to games he played in childhood. Auster also narrated. Sadly, the critical response to the film was less than glowing, and focused on its claustrophobic, writerly affectations and overly lugubrious nature. It was the last time Auster directed a film. 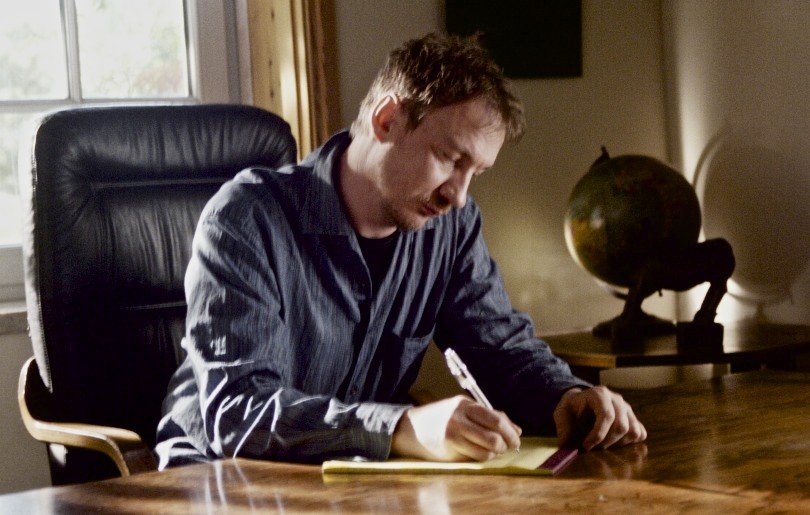 Despite Auster’s mixed fortunes with the medium, there has been a significant, successful recurrence of film as an explicit subject in his books. The key character in The Book of Illusions is a vanished filmmaker from the silent era named Hector Mann, who is based on a combination of Marcello Mastroianni’s impoverished nobleman in Pietro Germi’s Divorce, Italian Style (1961), and silent comedians Max Linder and Raymond Griffith.

Man in the Dark (2008) features a heartfelt, informed dialogue between an elderly man and his granddaughter about film theory, based specifically around four classic films: La Grande Illusion (1937), They Live by Night (1948), Bicycle Thieves (1948) and The World of Apu (1958).

Whether Auster will return to filmmaking remains to be seen, but the influence of cinema upon this unique artist is clear and indelible. In both his novels and films, Auster playfully explores themes of authorship, and breaks the boundaries not only between the writer, his work and the audience, but between mediums too.