Alfred Hitchcock’s mysterious lost film The Mountain Eagle has inspired an atmospheric new short, made by students from University of the Arts London in homage to the Master of Suspense.

In June this year, while the BFI embarked on its extended celebration of The Genius of Hitchcock, a group of students from University of the Arts London (UAL) came together to pay their own homage to the Master of Suspense. The finished result of their engagement with the season is an accomplished short film, The Projectionist, which premieres at BFI Southbank on Thursday 4 October at 6.15pm, immediately before Hitchcock’s own The Ring (1927).

After a day speaking with BFI curators and learning about Hitchcock’s lesser-known early British films, the students – from London College of Communication and London College of Fashion – began work on the film in collaboration with acclaimed director Jamie Thraves (winner of the Hitchcock award at the Dinard Film Festival 2011 for Treacle Jr) and producer Emily Caston. 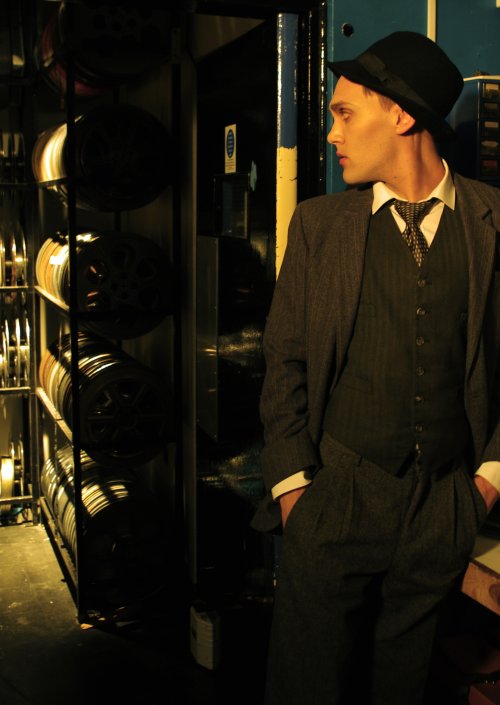 Drawing on the style and techniques found specifically in Hitchcock’s magnificent silent films – which took centre stage in the BFI’s celebration – The Projectionist, written by Thraves, imagines the fate of the only missing or ‘lost’ feature among Hitchcock’s 57 films, The Mountain Eagle (1926). A beautifully shot tale of doomed romance and sinister intrigue, the result makes a fitting prelude to the screening of one of Hitchcock’s best early films.

Other than gaining insight into what makes a Hitchcock silent film distinctive, the project was designed to give students invaluable professional experience that would equip them as they enter the industry. They had both the chance to collaborate with an experienced director and an increasingly rare opportunity to work with 16mm film, on equipment provided in-kind by Panavision.

Post-production took place at the post-production house The Mill in Soho, who provided the services and facilities to support the students’ work on the project. Run in collaboration with UAL’s Student Enterprise and Employability (SEE) centre, the project gave a unique opportunity to work with industry professionals and organisations and to develop their skills and produce a film to a client brief with a real budget and deadlines. All those involved received a professional film credit.

Shooting on location at BFI Southbank, the crew penetrated the hidden depths of the projection booths and some rather gloomy storage facilities. The film is a real achievement in atmosphere and suspense that skilfully evokes the unmistakable style of Hitchcock’s silent films while drawing our attention to the tragic loss of The Mountain Eagle. Screening The Projectionist – a film made by a new generation of filmmakers – is a fitting way to pay tribute to Hitchcock in the final days of our season.