Life and nothing but... Cassavetes’ Husbands

As John Cassavetes’ 1970 comedy-drama Husbands is revived nationwide, Geoff Andrew hails a filmmaker who strived to show life in all its raw, untidy complexity.

I remember with (for me) rare clarity the precise moment when I decided it might be a good idea to revive John Cassavetes’ 1970 film, Husbands. It was my first weekend of using Twitter. My friend and colleague Nick James, the editor of Sight & Sound, had recommended I sign up to Twitter as the best way of finding out about things as soon as they happened, and having taken his advice, I was messing around to find out how it worked in time for the then imminent Berlin Film Festival.

So there I sat, late in the evening of Saturday 4 February, when I suddenly saw a new tweet from the American magazine Film Comment announcing the death of Ben Gazzara, complete with a link to a YouTube clip of Gazzara, Cassavetes and Peter Falk on the Dick Cavett Show. They were hilariously uncommunicative with their host, but they were actually supposed to be promoting the release of Husbands. And that’s what made me decide to revisit the movie on DVD the very next day.

Watching it again the following afternoon, for the first time in many years, I was struck by how fresh it still felt. True, some of those early 70s fashions look a little dated, and it’s certainly not difficult to make the case that the three friends played by Gazzara, Falk and their director are ‘unreconstructed’ in their attitude towards gender politics. 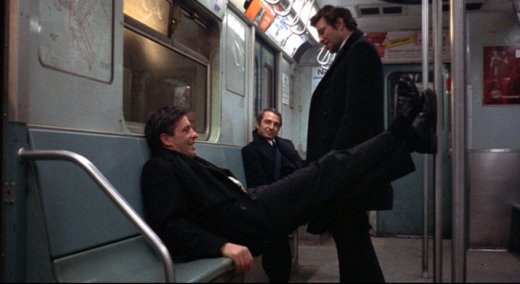 But Cassavetes no more condoned the men’s boozily boisterous behaviour than he condemned it. He wasn’t interested in judging his characters as they embark on their binge, first in New York, then in London, following a friend’s funeral. Rather, his concern was always to represent human behaviour, in all its flawed, self-contradictory perversity, as honestly as he could. And if that meant showing a trio of middle-aged New York commuters being irresponsible, selfish, petulant, boorish, even boringly repetitive at times, so be it. The truth isn’t always attractive.

The truth is fascinating, however, and it’s important. More to the point here, it’s also rare in American cinema, since film has usually been primarily regarded – by the Hollywood studios, at any rate – not as art but as a) a means of making money, and b) a source of entertainment, pure and simple. So endings should be clear, closed and happy, characters should be easily categorisable as good or bad, and stories should adhere to conventions already known to be popular.

Famously, Cassavetes wanted none of that, and from his groundbreaking 1959 debut Shadows up to 1984’s Love Streams (his final feature Big Trouble was a deeply compromised work, seemingly directed as a favour for his friend Falk), he created some of the most memorably raw, authentic, engagingly untidy portraits of modern American life in the history of the cinema. 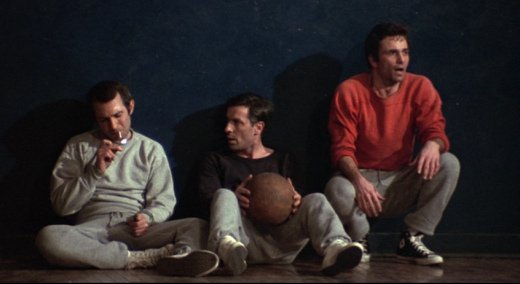 Husbands is a marvellous example of his methods. With its ultra-naturalistic performances, its simple, meandering narrative (‘story’ is far too strong a word for what happens) and its long takes, it makes for a warts-and-all study of male pride, self-pity, frustration and friendship that is at once properly serious and sharply funny.

It’s the kind of brave, devil-may-care film that shows up the artistic timidity – and, indeed, the dishonesty (be it emotional, social, political or psychological) – of so much mainstream cinema. Small wonder Cassavetes remains one of the most important influences on filmmakers keen to preserve their independence. He understood, and repeatedly proved, that one didn’t have to tell lies in order to be entertaining. After all, what could be more interesting than life as it’s lived by recognisably real human beings?