From Yellow Submarine to The Snowman, the late John Coates was the producer behind some of Britain’s most fondly remembered animation. Curator Jez Stewart pays tribute. 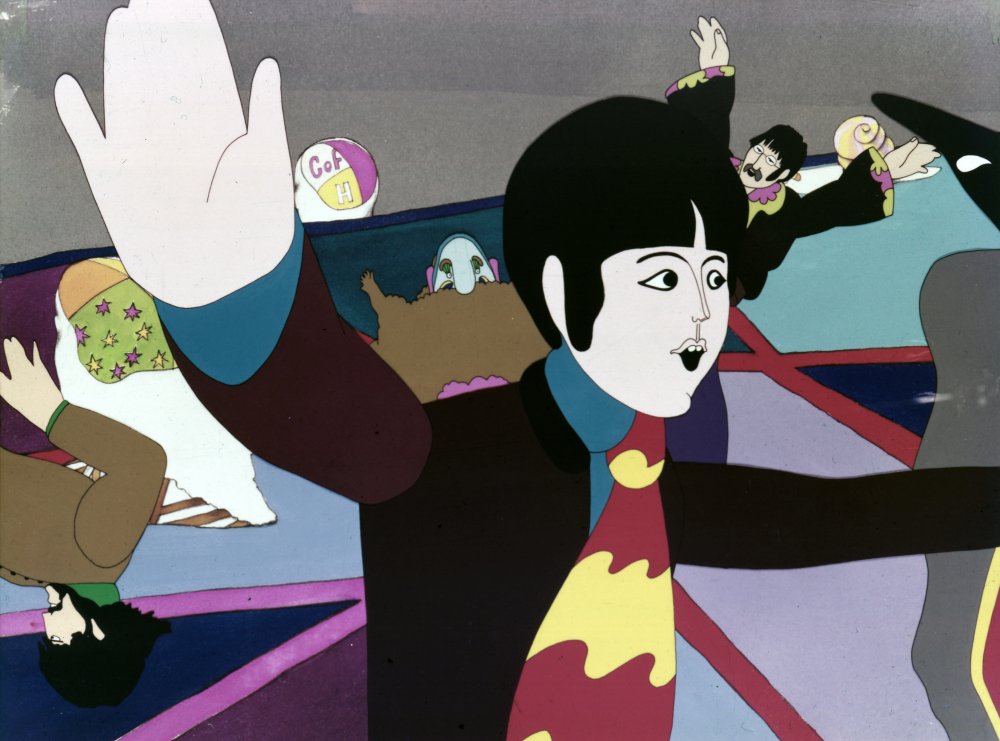 The loss of producer John Coates is a big one for British animation, because few have done as much for the industry in this country. Early reporting has rightly focused on his pivotal role in the making of The Snowman (1982), the perennial Christmas TV favourite based on Raymond Briggs’s book, but his career had much greater depth that is worth highlighting.

Coates was not an animator and knew nothing about the industry when he became involved in the TV Cartoons production company in 1957, after a chance meeting with Canadian George Dunning in a pub. Dunning had learnt animation at the National Film Board of Canada under the guidance of Norman McLaren, and had then moved to the famed UPA studios in the US.

When UPA decided to open a branch in London to capitalise on the start of commercial television in Britain, Dunning was despatched to be its artistic head. Problems back in the States meant that the company didn’t survive long, but Dunning chose to remain in London and Coates’s background in Associated-Rediffusion’s television department proved enough for the two men to form TV Cartoons, later known as TVC London.

The company quickly became the hottest animation company in town, winning a raft of awards for commercials for Guinness, Shell, Sunblest bread and a host of other household brands. Fellow Canadian Richard Williams was a significant factor in their early success, as was another UPA alumnus, Jimmy Teru Murakami, who would have a long history of collaboration with Coates. 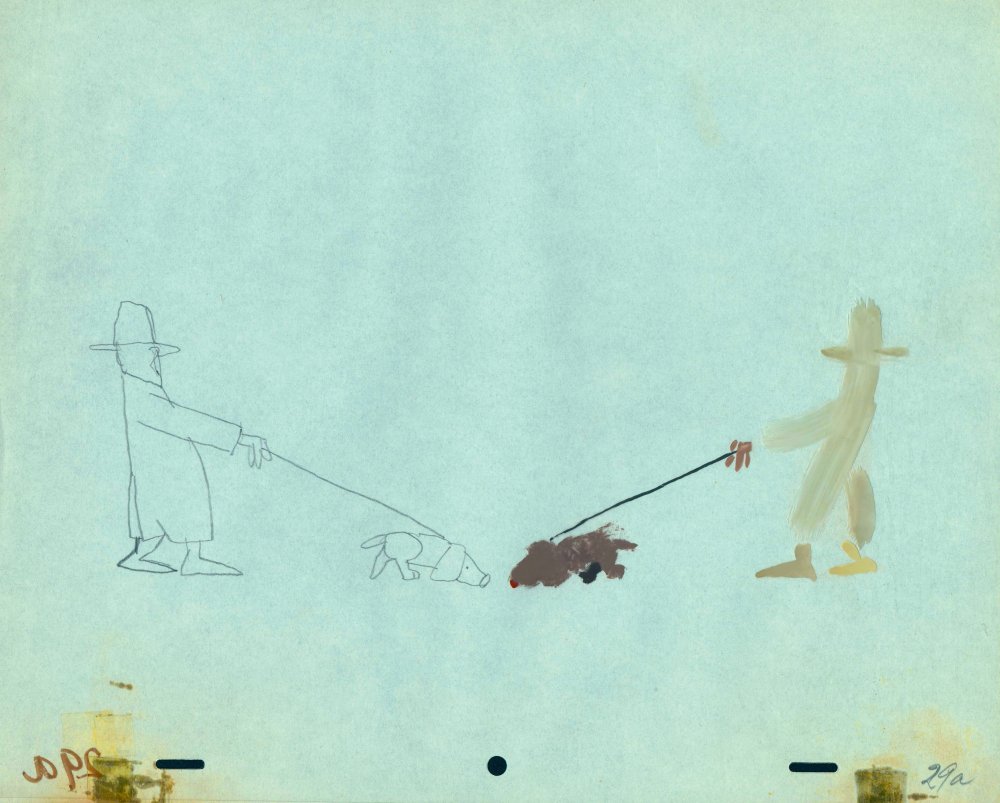 Alongside their innovatively designed sponsored films, TVC put aside paid work to make a phenomenal series of groundbreaking independent shorts that explored a variety of pared-back narrative and animation styles. 1962’s The Flying Man, for example, depicts its characters in only two or three almost abstract brush strokes, while Damon the Mower (1972) – a film that Coates once described as his favourite (it’s also one of mine) – leaves the artifice of animation bare by filming sequences of drawings on index cards, visibly stuck to a table.

Detail from animation cell for The Flying Man (1962)

The film that really brought them to prominence was the third Beatles feature, Yellow Submarine (1968), directed by Dunning, with Coates taking the perhaps unenviable role of production supervisor. Only the second full-scale animated feature to be produced in Britain, the film was such an ambitious visual feast that it inevitably had its fair share of problems. Yet it was, and remains, an artistic and critical success, even if it made little money for TVC themselves.

The death of George Dunning in 1979 marked the end of a significant chapter in Coates’s career, but perhaps even he didn’t realise how much he was still to achieve. Before Yellow Submarine, TVC had produced a series of cartoons featuring caricatures of The Beatles for American television, but Coates had been repeatedly frustrated in his attempts to get a home-grown animation on British television. The remit of the new Channel 4, launched in 1982, dictated that a large part of their programming must come from independent, domestic production, and Coates seized this opportunity with both hands. 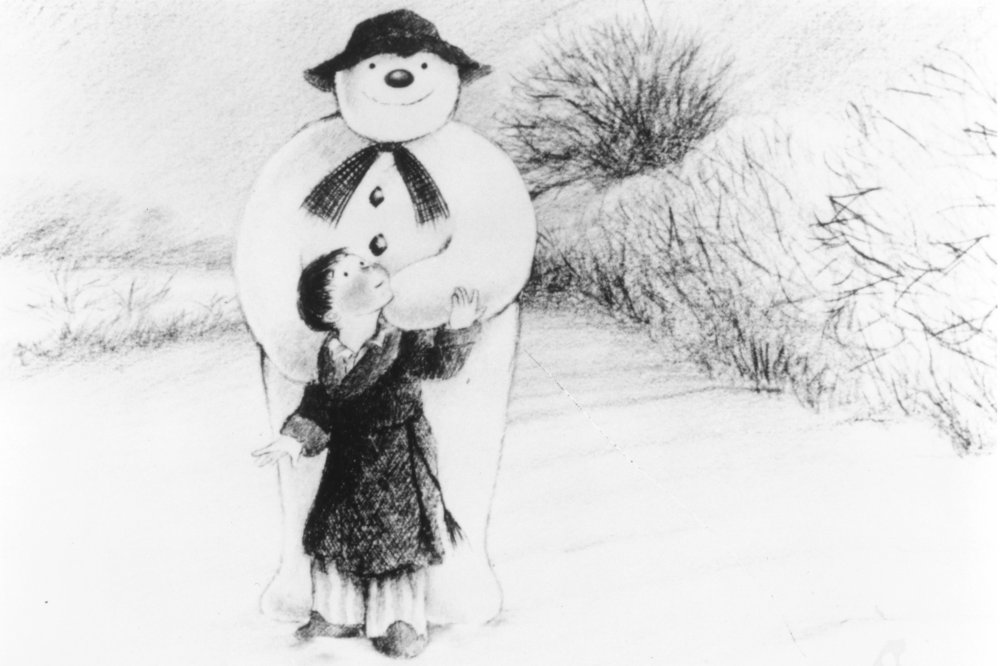 The Snowman was first screened on 26 December 1982 and has been repeated almost every year since. Both this film and the following Raymond Briggs collaboration, the feature-length When the Wind Blows (1986) directed by Jimmy Murakami, went beyond traditional animation techniques to experiment with colour rendering and backgrounds. That Coates was happy to add to the complexity of his role as producer by welcoming and supporting such experimentation, as he did throughout his career, was perhaps his greatest gift. 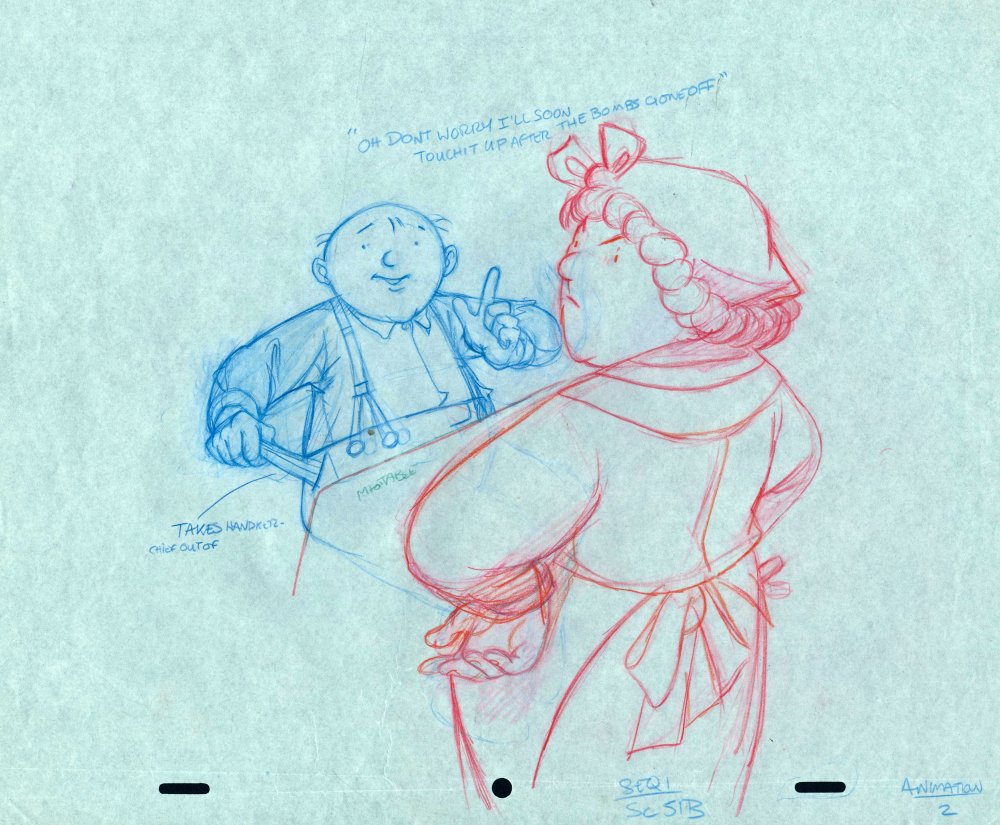 Production drawing from When the Wind Blows (1986)

Granpa (1989), Father Christmas (1991), The Wind in the Willows (1995) and Famous Fred (1996) continued the run of successful adaptations, with the emphasis always on the highest quality and faithfulness to the original books. In recent months, despite poor health, Coates continued to work part-time on the production of The Snowman and the Snowdog, which will air at Christmas this year to mark the 30th anniversary of the original film.

British animation has had, and continues to have, many gifted animators and directors who often pass under the radar. But without sensitive and ambitious producers such as John Coates, few would get off the ground.