Ingrid Bergman: a life in pictures

Ingrid Bergman’s career encompassed work in Sweden, Hollywood, Italy and France before a spell living in London in the 1970s. Curator Nigel Arthur introduces a life in pictures. 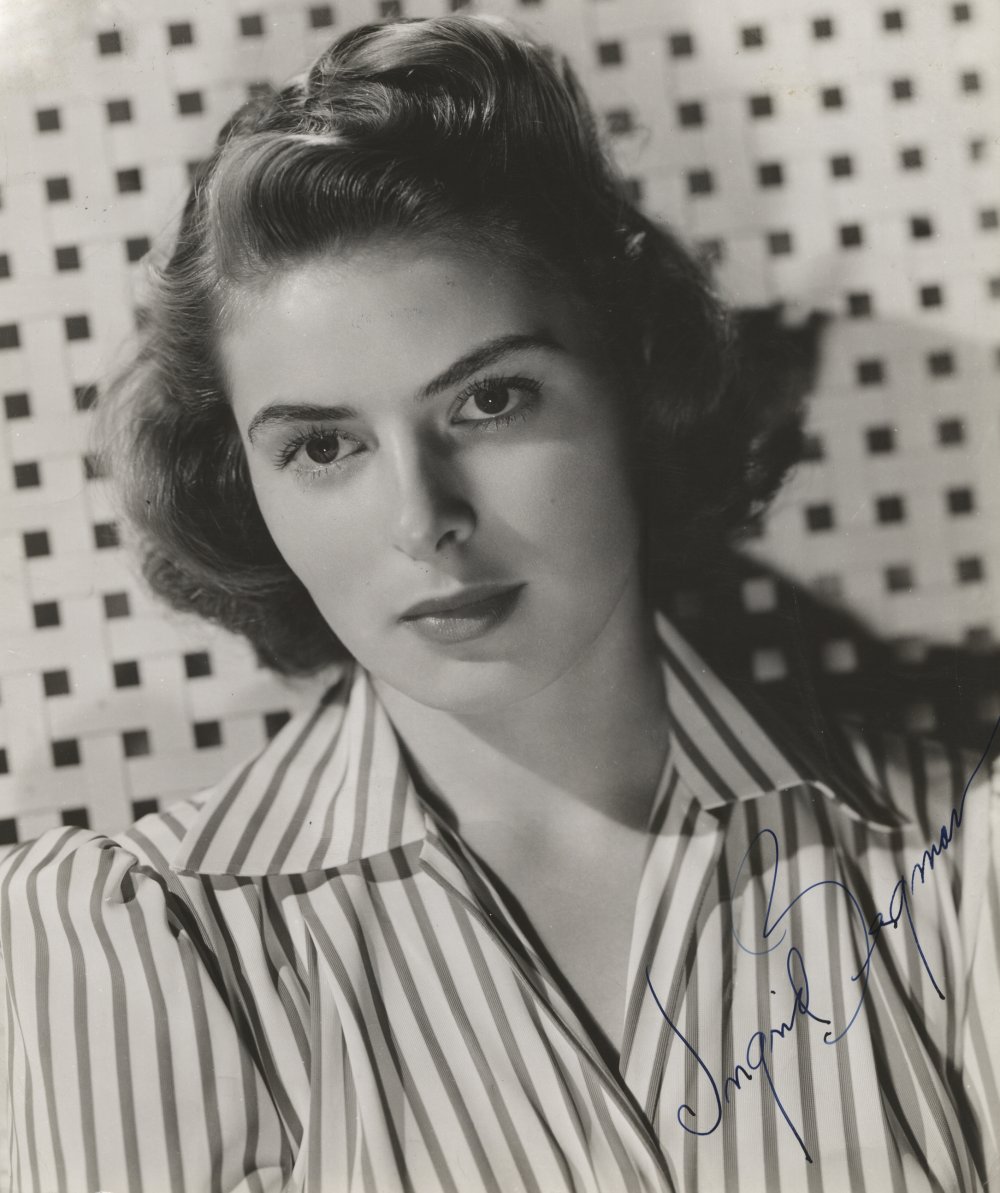 Ingrid Bergman first arrived in Hollywood from Sweden in 1939, and after completing a screen test she signed a seven-year contract with producer David O. Selznick. It was under contract to Selznick that she first worked with Alfred Hitchcock, on the psychological thriller Spellbound (1945). But her relationship with Selznick was not always easy, and he loaned her to other studios at a profit. At first the idea suited Bergman as it gave her a chance to work with Hollywood’s leading men, including Gary Cooper, Humphrey Bogart, Cary Grant and Gregory Peck. 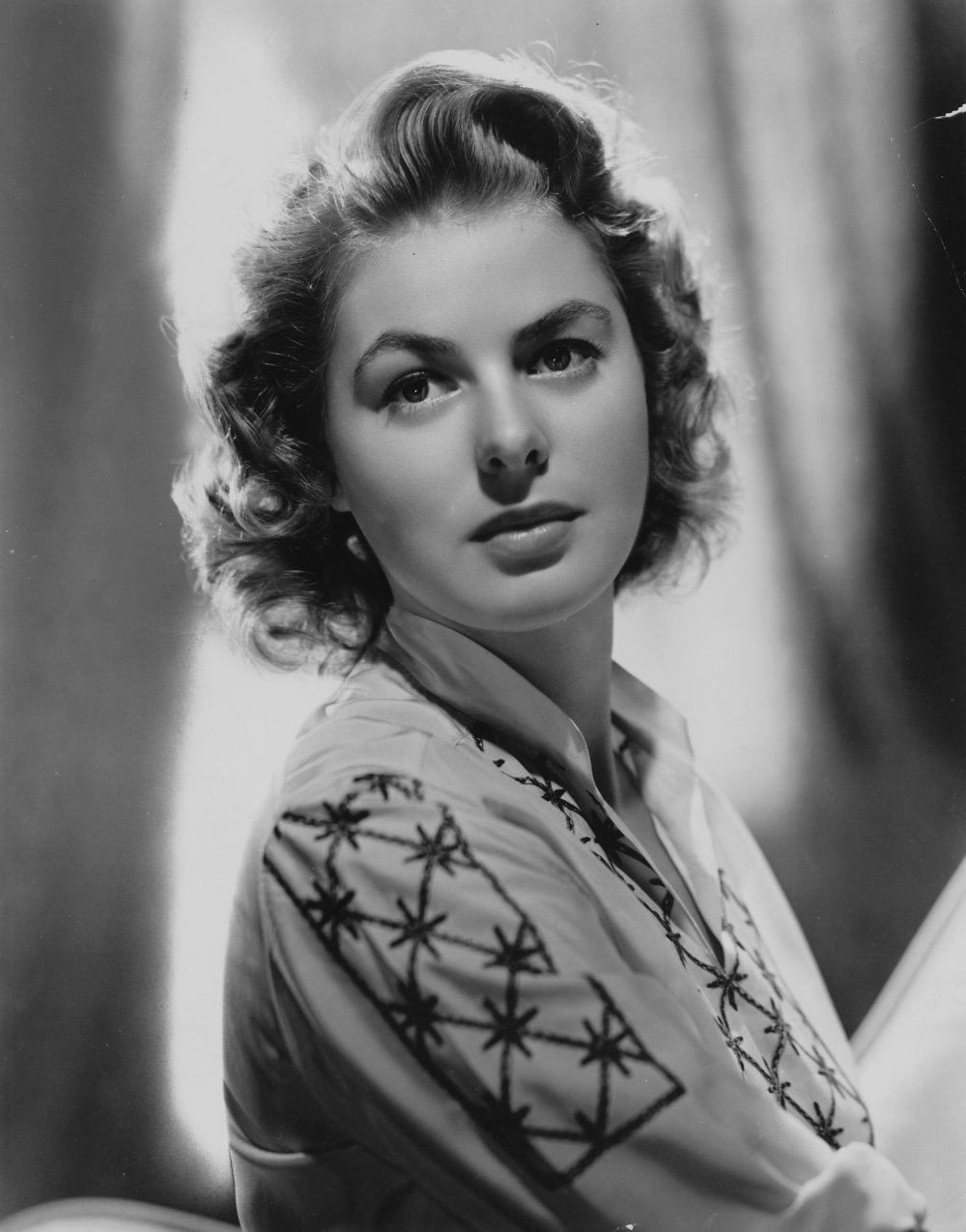 She was also photographed by leading portrait photographers including Ernest Bachrach and Bert Six, who were drawn to her natural smile and apparent vulnerability. Bergman’s sessions with MGM photographer Lazlo Willinger between 1940 and 1944 are particularly striking. 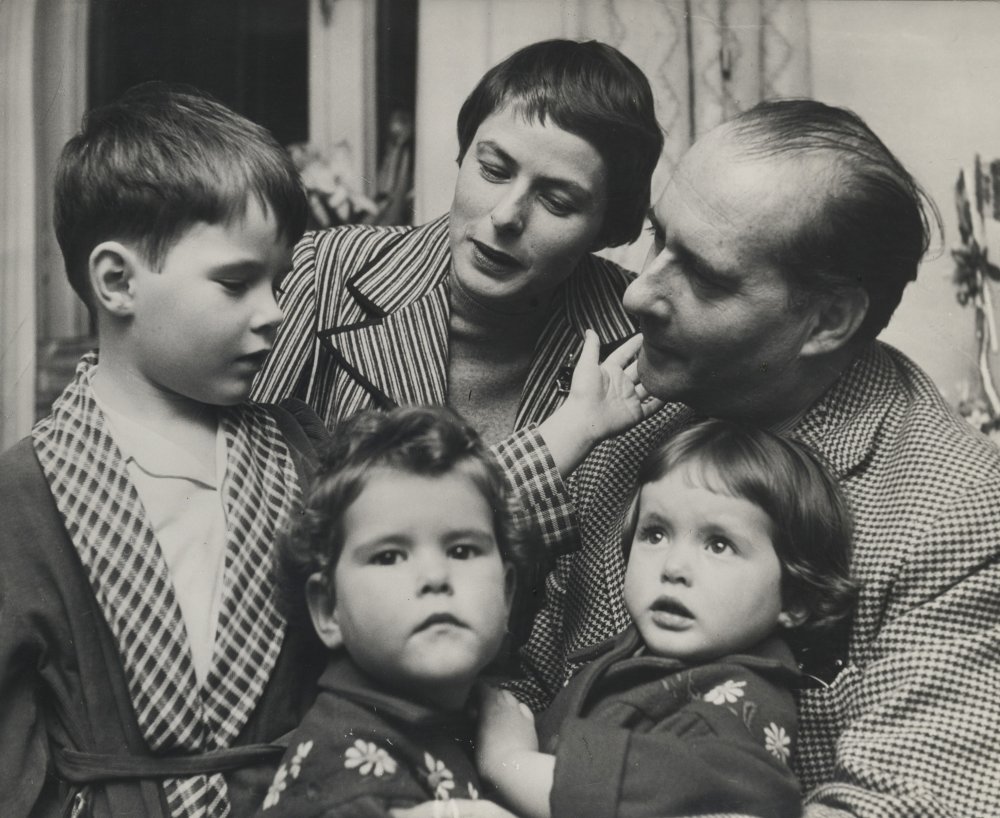 Bergman and the Rossellini family

Despite the enormous success Ingrid enjoyed in Hollywood she felt unfulfilled by the typecasting of the Hollywood system, which led her to write to the Italian film director Roberto Rossellini.

I saw your films Open City [1945] and Paisan [1946], and enjoyed them very much. If you need a Swedish actress who speaks English very well, who has not forgotten her German, who is not very understandable in French, and who in Italian knows only ‘ti amo’, I am ready to come and make a film with you.

The letter was to change her life and in 1949 she left Hollywood to live with Rossellini. The Italian films are widely different from her Hollywood work and convey a pessimism that dismayed Hollywood, particularly Stromboli (1950) as it seemed to deglamorise the star they had so ardently created. 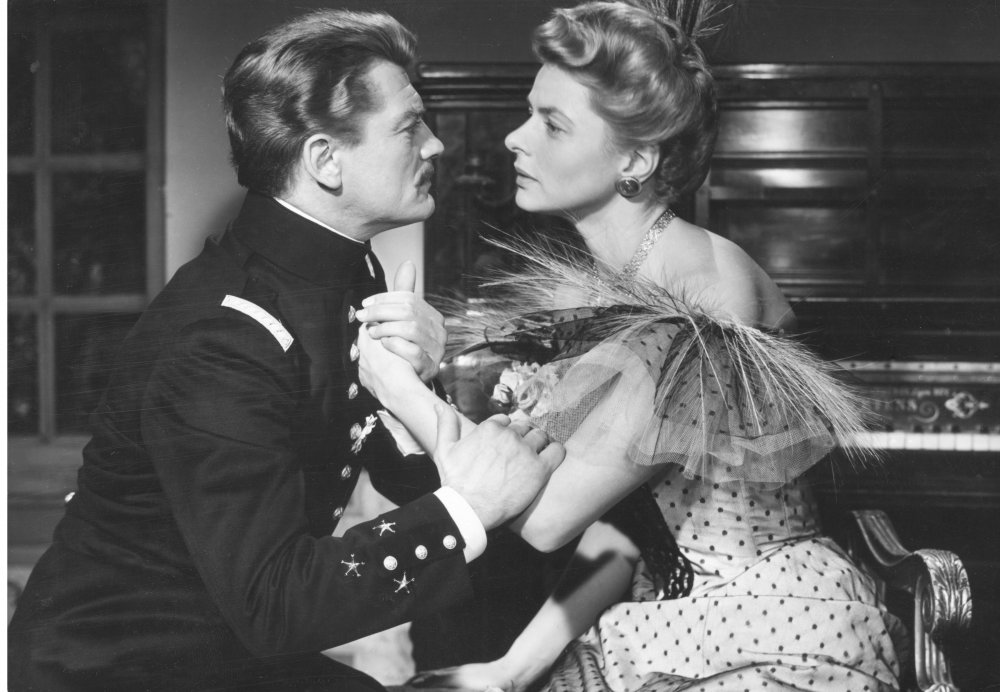 Elena and Her Men (1956): Bergman with Jean Marais

Her personal voyage did not end in Italy and in 1956 Ms Bergman went to Paris, where she starred in Jean Renoir’s Elena and Her Men (Elena et les Hommes), a romantic comedy in which she played a Polish princess caught in political intrigue. Although the film wasn’t a success, it has since come to be regarded as one of her best performances. During the same year, Anastasia was financed by Twentieth Century-Fox and she made a triumphant return to New York to receive the Critics Award. 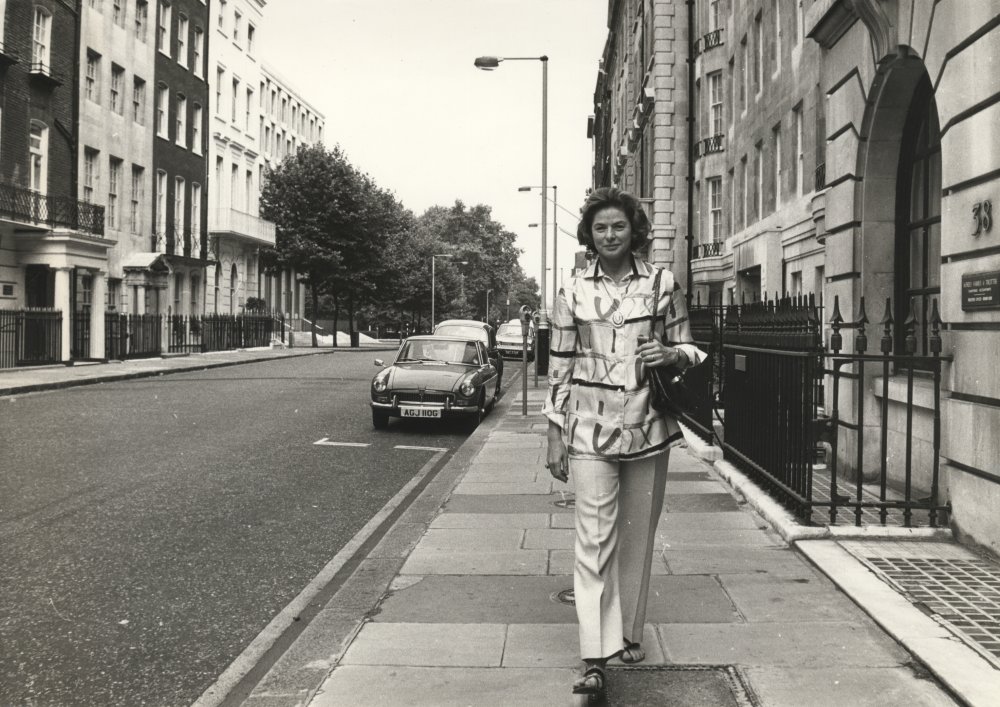 At the end of her life, she made London her home, making several notable television appearances and co-starring in Murder on the Orient Express (1974), produced by John Brabourne. Here she is seen walking along New Cavendish Street in West London, close to her flat. 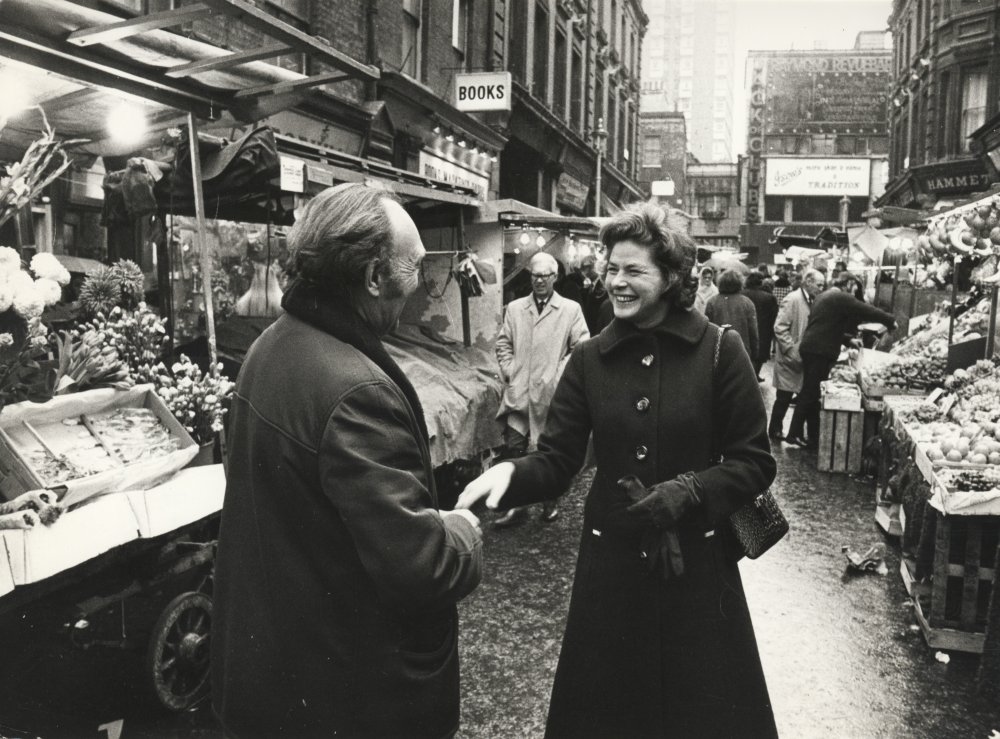 In this picture, Bergman is recognised by a fan as she visits Berwick Street market in Soho, London. 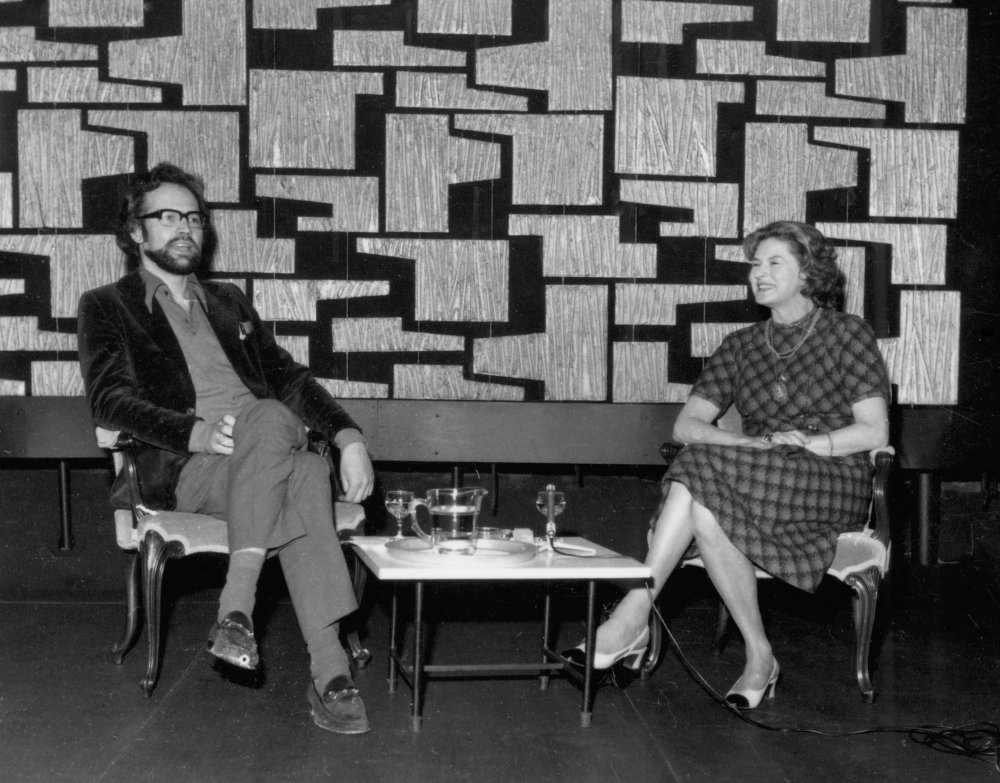 On stage at the National Film Theatre (now BFI Southbank) around 1972. Ingrid Bergman (photographed by Richard Lyon) was interviewed by collector and Hollywood historian John Kobal during the John Player Lecture Series. 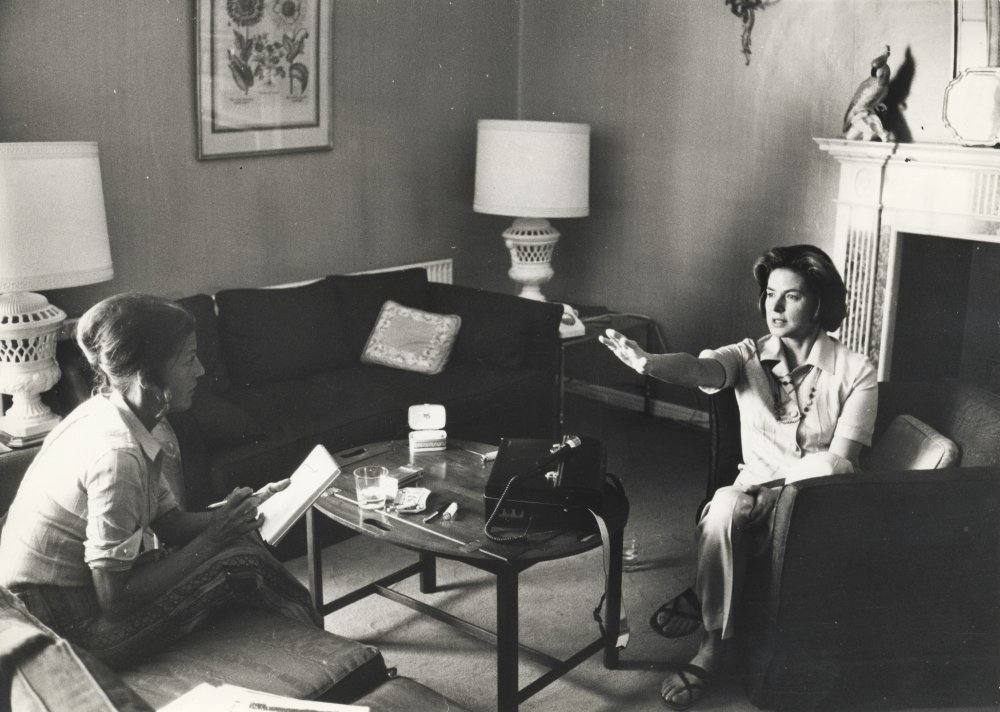 In an interview in the mid-1970s (photographed here by Karl Heinz Seuffert) with the Swedish journalist Barbaro Bolinder, Bergman says as a young girl she prayed to God for only one thing – that life presented her with surprises. Even after her death, the surprises continued: in 1982 a rose was cultivated in her name and remains popular with gardeners in Poland and England for its deep red velvety petals.