Hitchcock’s The Manxman: the 1929 pressbook

Take a look inside the beautiful 1929 pressbook for Alfred Hitchcock’s evocative love-triangle drama The Manxman. 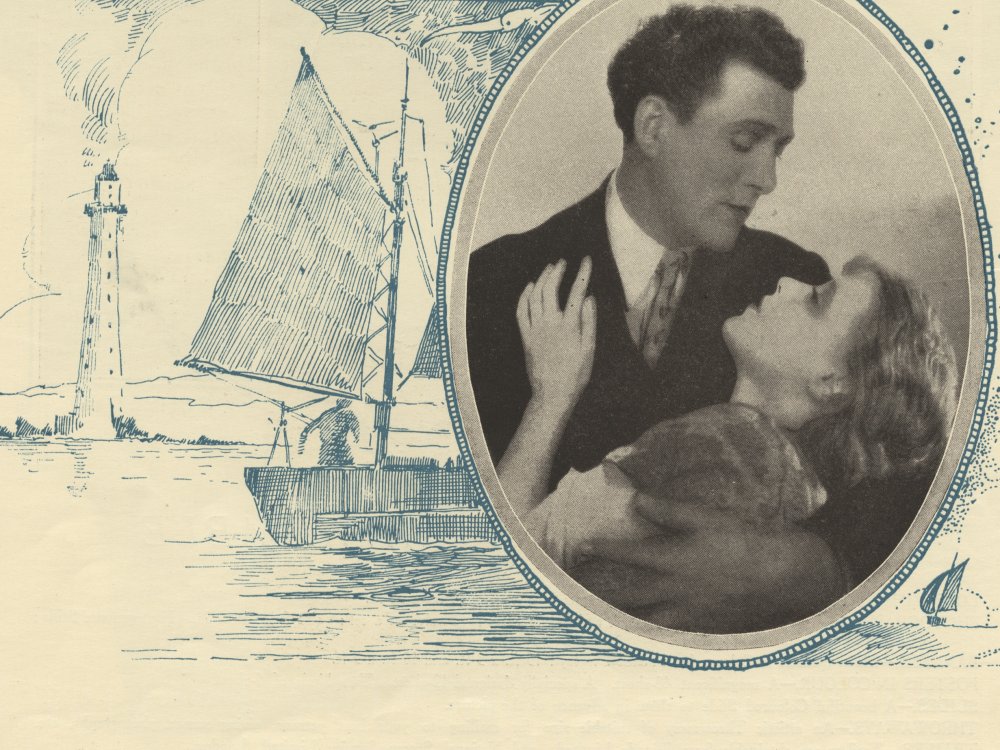 The summer-long The Genius of Hitchcock project reaches its grand finale at the BFI London Film Festival with the Archive Gala screening of the director’s 1929 Isle of Man-set drama The Manxman. Adapted from a novel by Sir Hall Caine, it’s the story of two childhood friends, now a lawyer and a poor fisherman, who are both in love with the same woman: the beautiful Kate (Anny Ondra, who also appeared in Hitchcock’s Blackmail the same year).

To whet appetites for this evocative, windswept drama – the last in the series of premieres of the BFI’s newly restored silent Hitchcock classics – we present this original pressbook created by the film’s first distributor, Soho’s Wardour Films Limited, in 1929. Put together for the press and exhibitors to suggest ways of marketing the film, to modern eyes these pressbooks are a wonderfully decorative glimpse into the promotional practices of the time.

Among the exploitation angles listed in The Manxman pressbook is the release of a tie-in song which promised to keep gramophones busy across the kingdom:

A special song – not a rehash of a well-known number – has been written entitled “Kirry Machree” which will be whistled and sung by countless musical enthusiasts throughout the land. Its haunting refrain is irresistible. It will be featured by all the leading bands throughout the country. 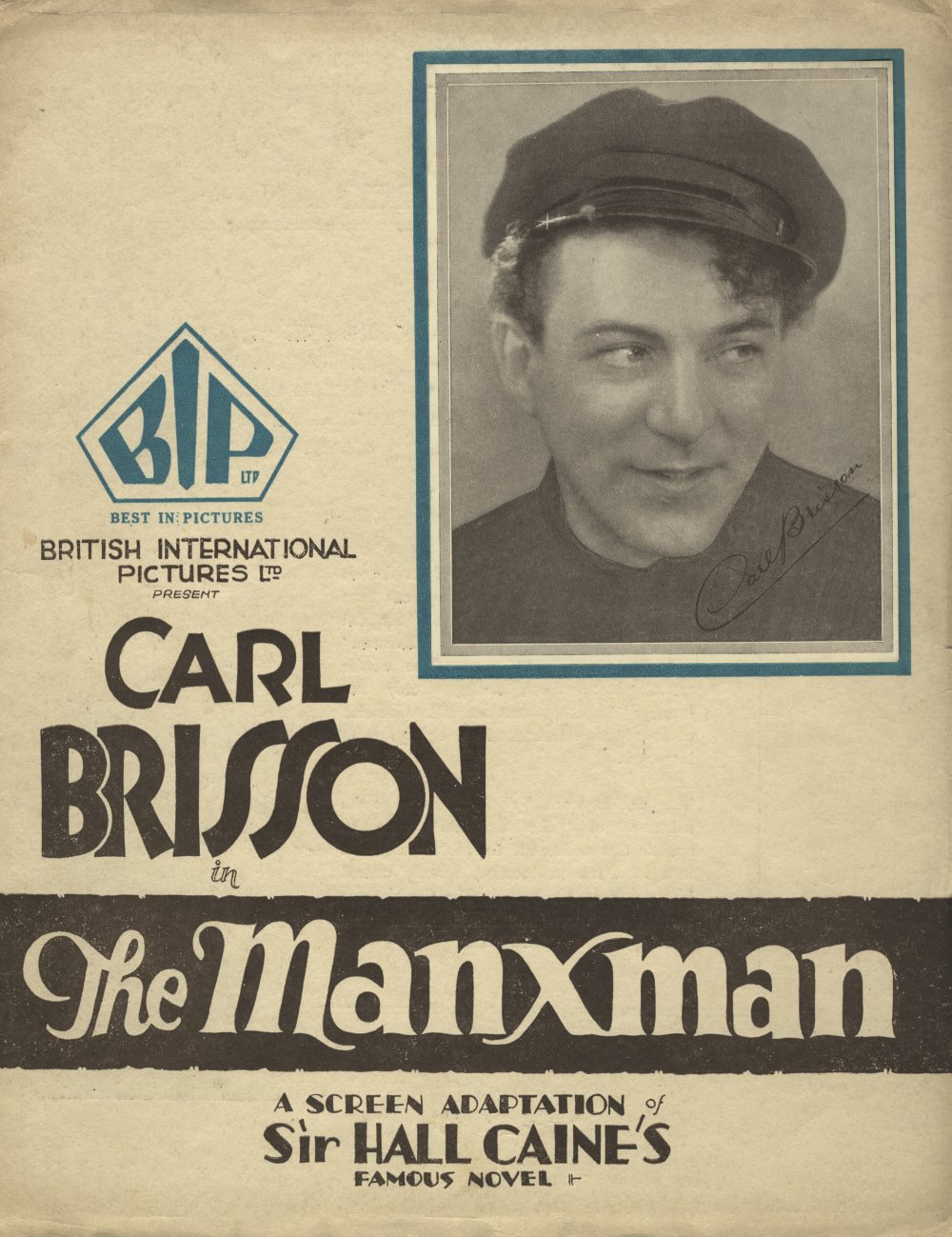 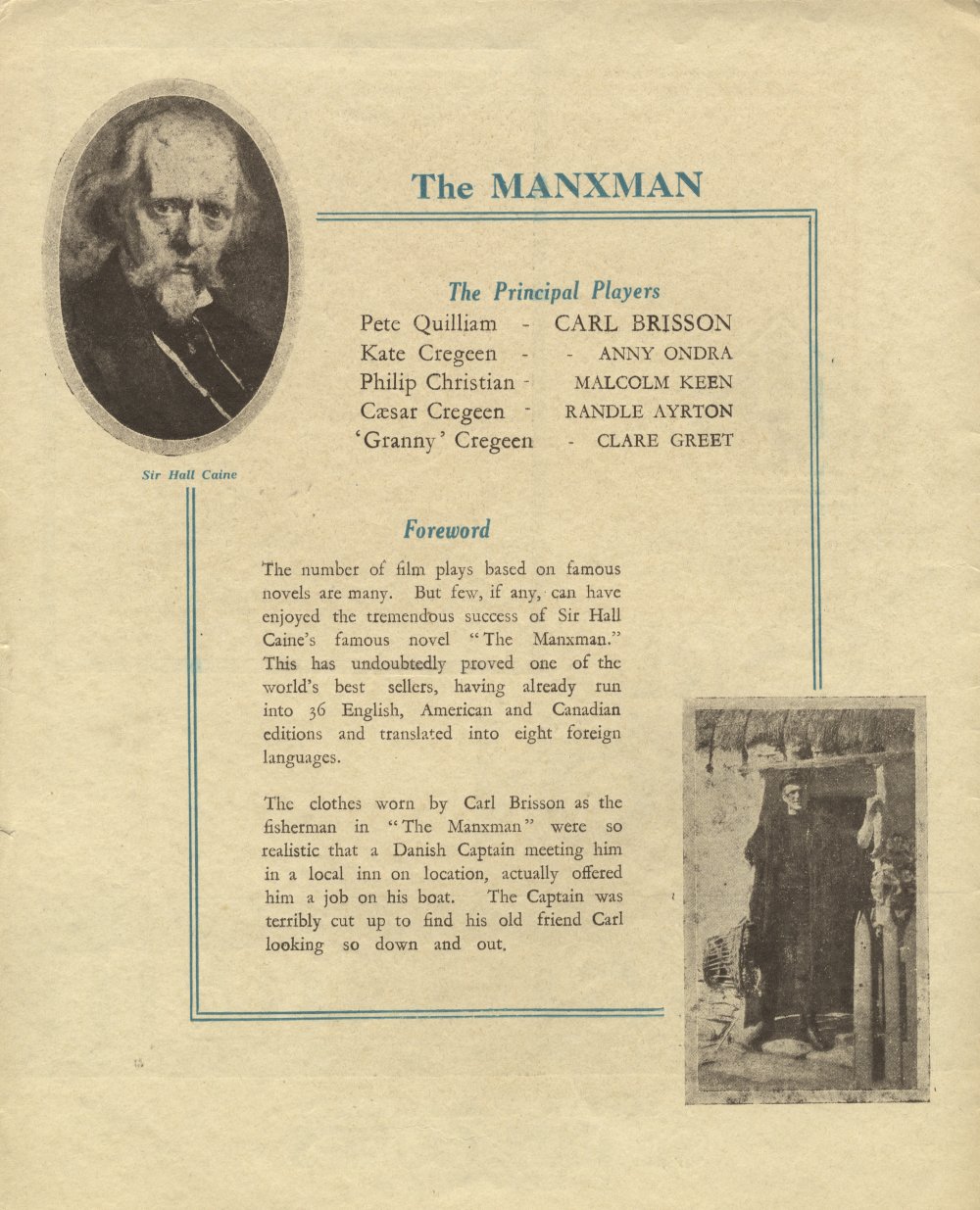 The number of film plays based on famous novels are many. But few, if any, can have enjoyed the tremendous success of Sir Hall Caine’s famous novel “The Manxman.” This has undoubtedly proved one of the world’s best sellers, having already run into 36 English, American and Canadian editions and translated into eight foreign languages.

The clothes worn by Carl Brisson as the fisherman in “The Manxman” were so realistic that a Danish Captain meeting him in a local inn on location actually offered him a job on his boat. The Captain was terribly cut up to find his old friend Carl looking so down and out. 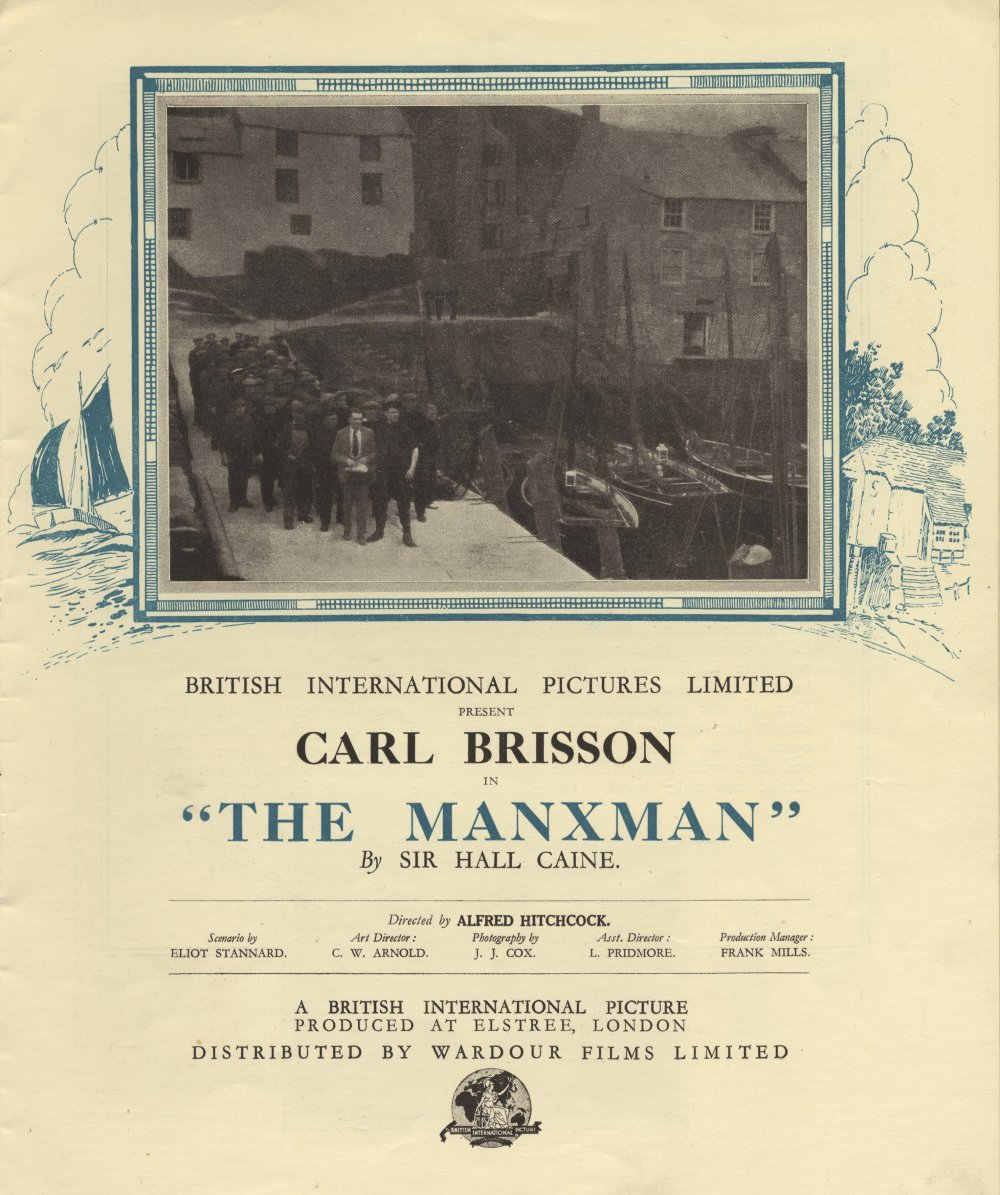 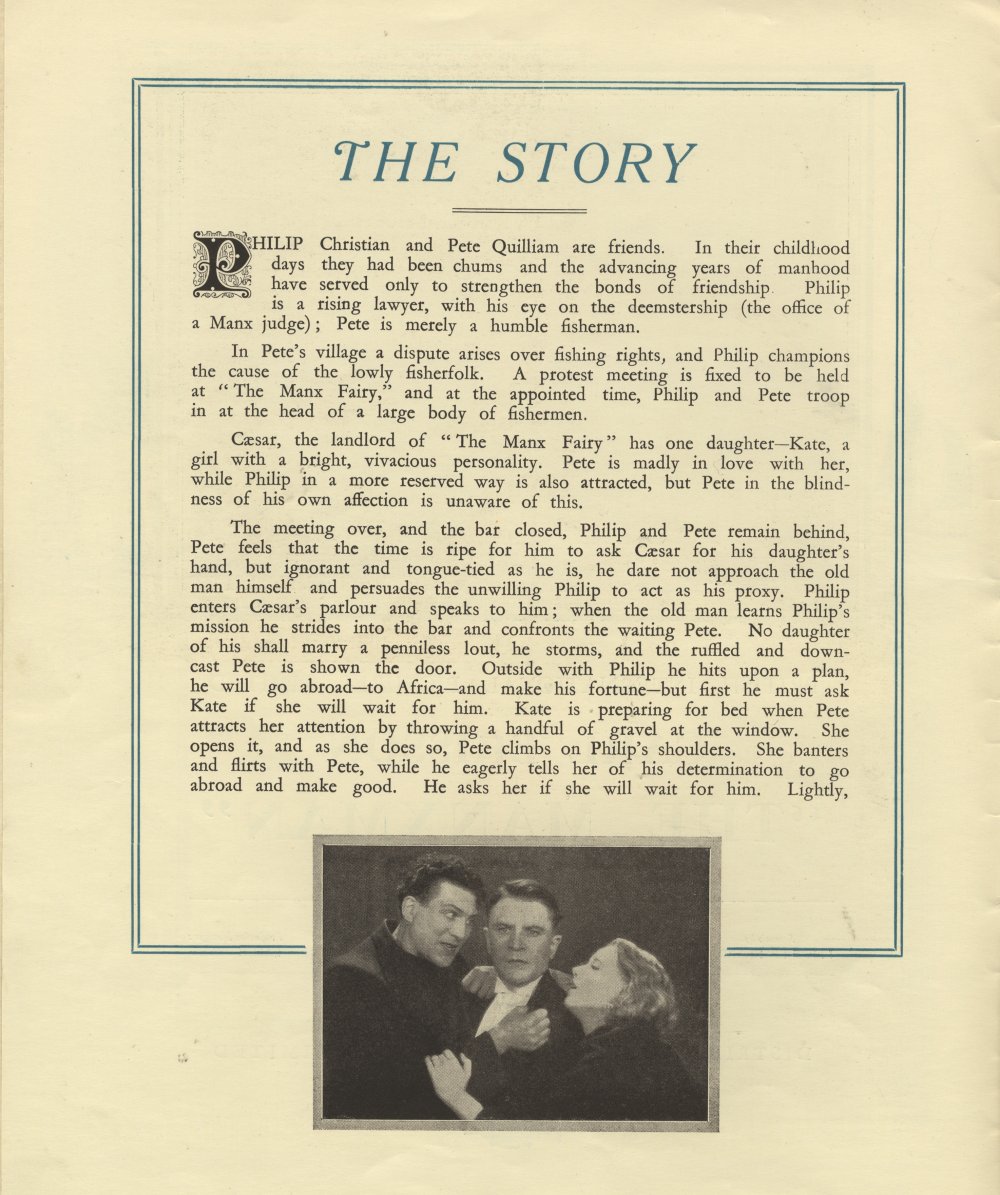 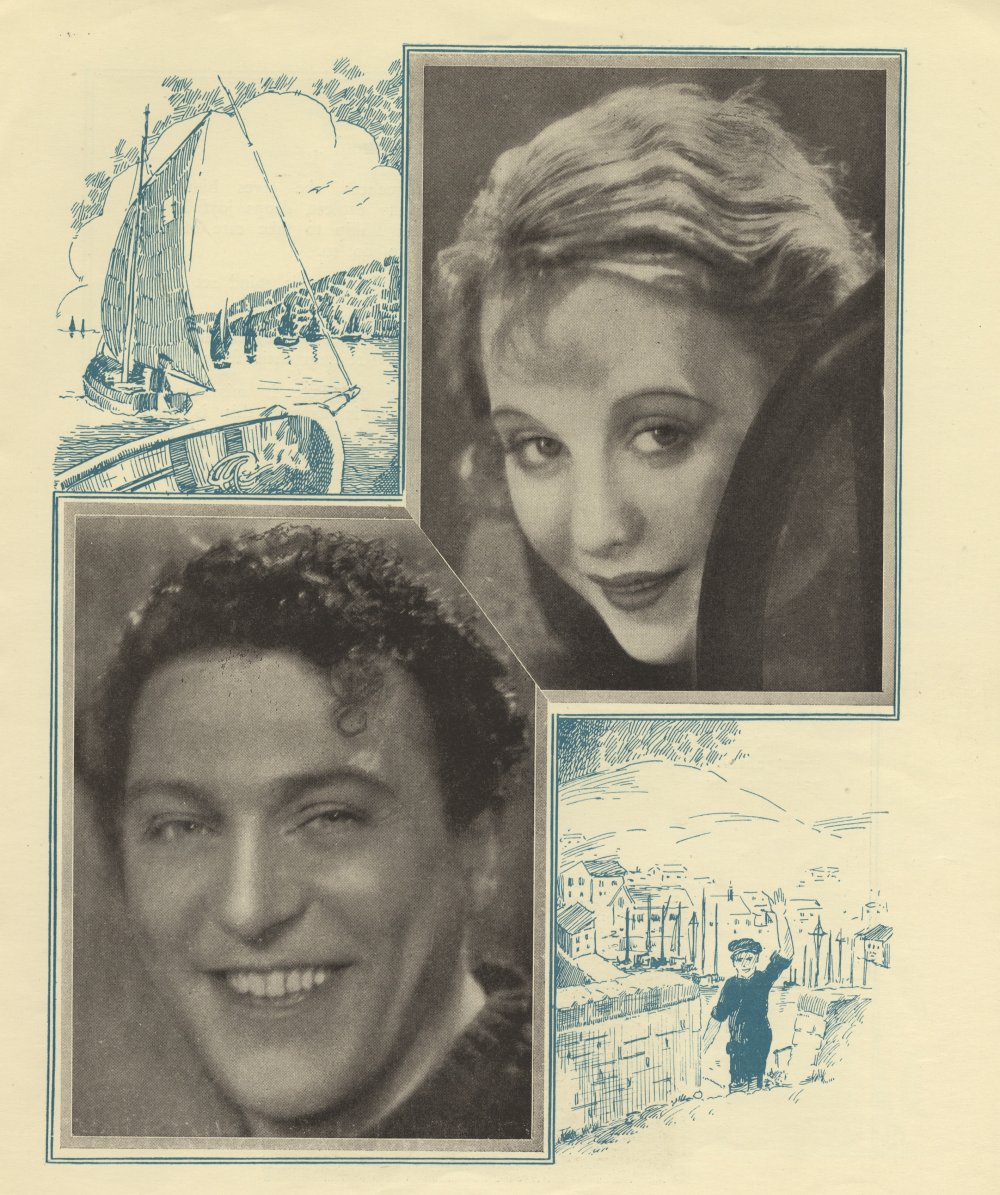 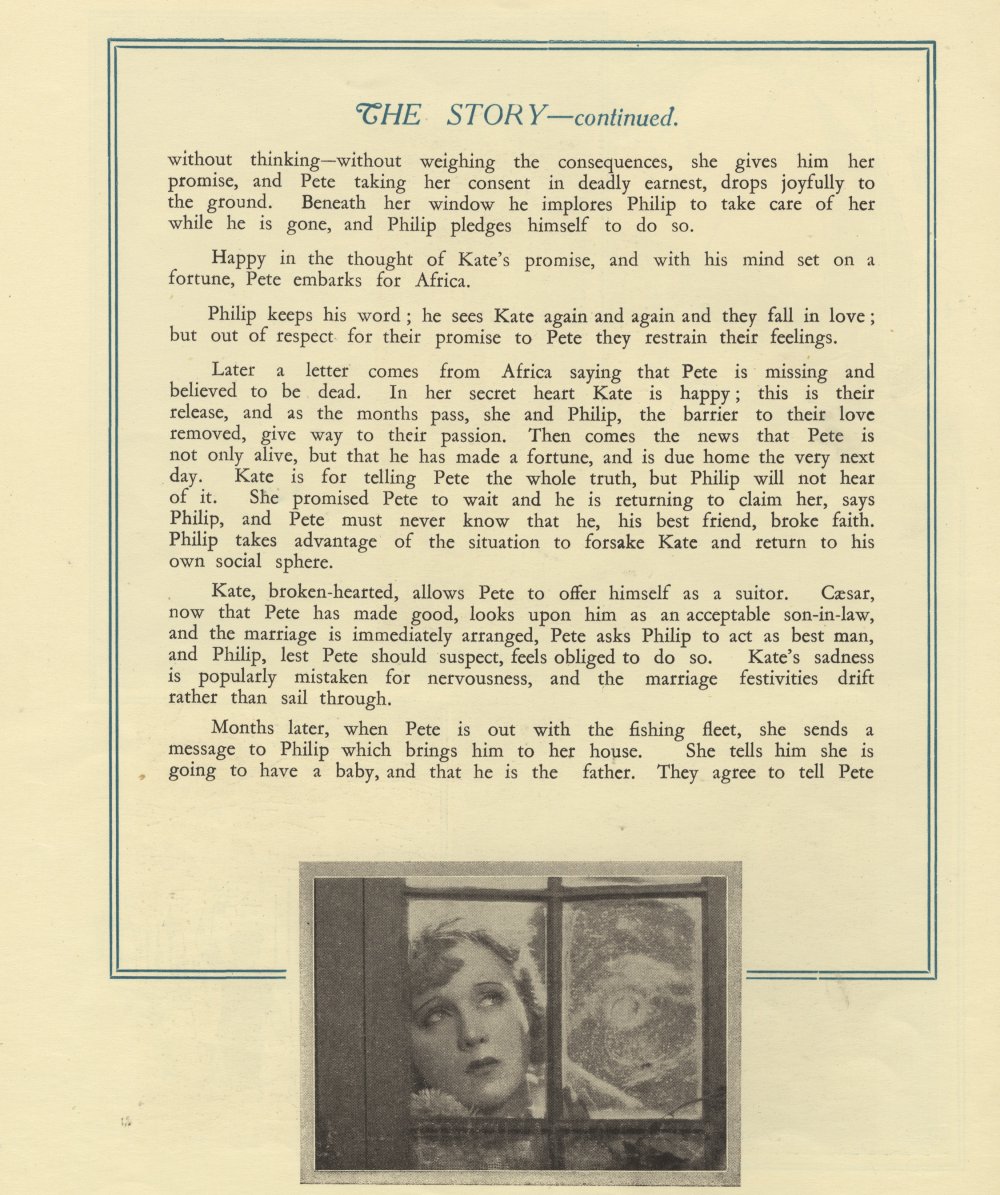 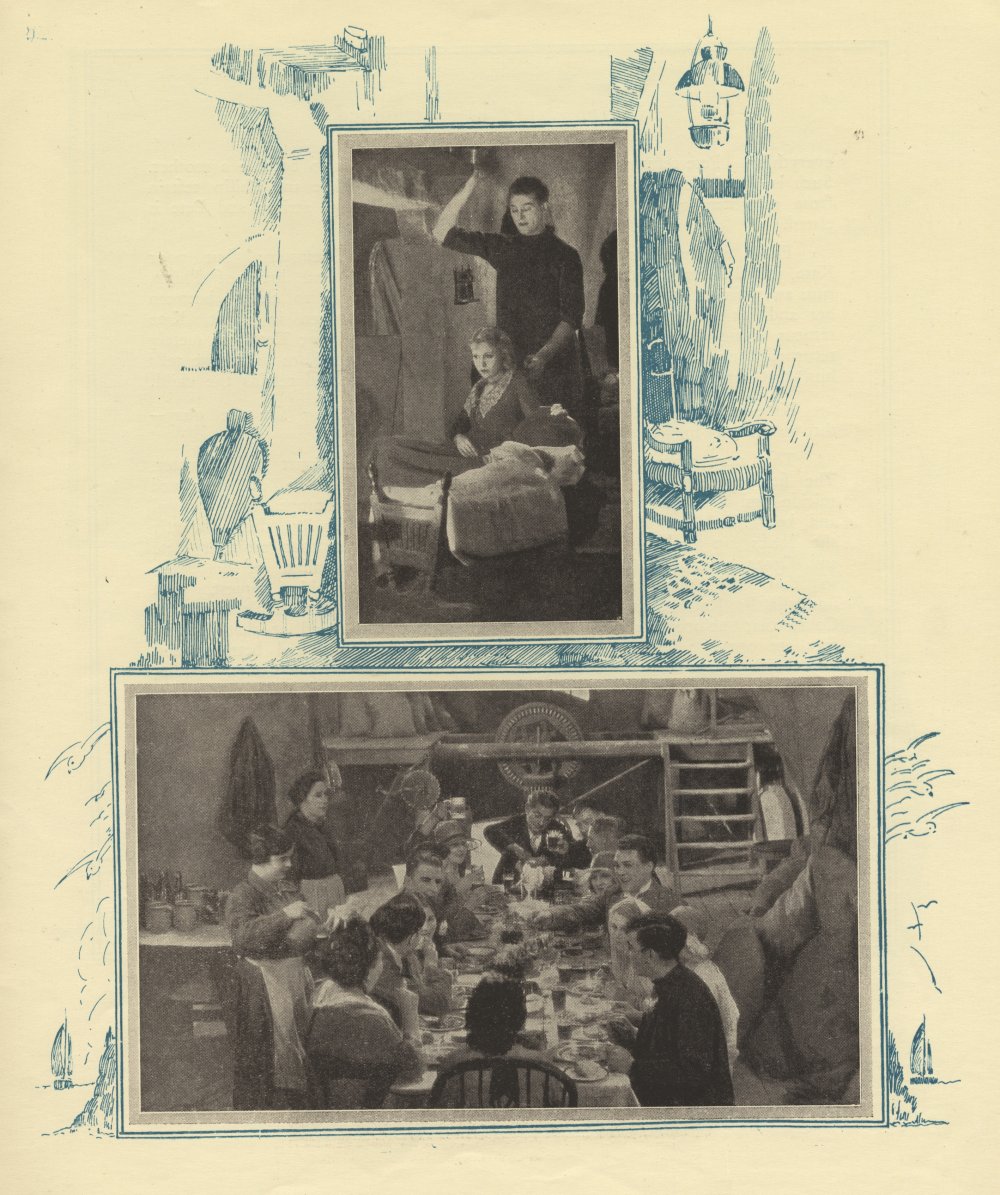 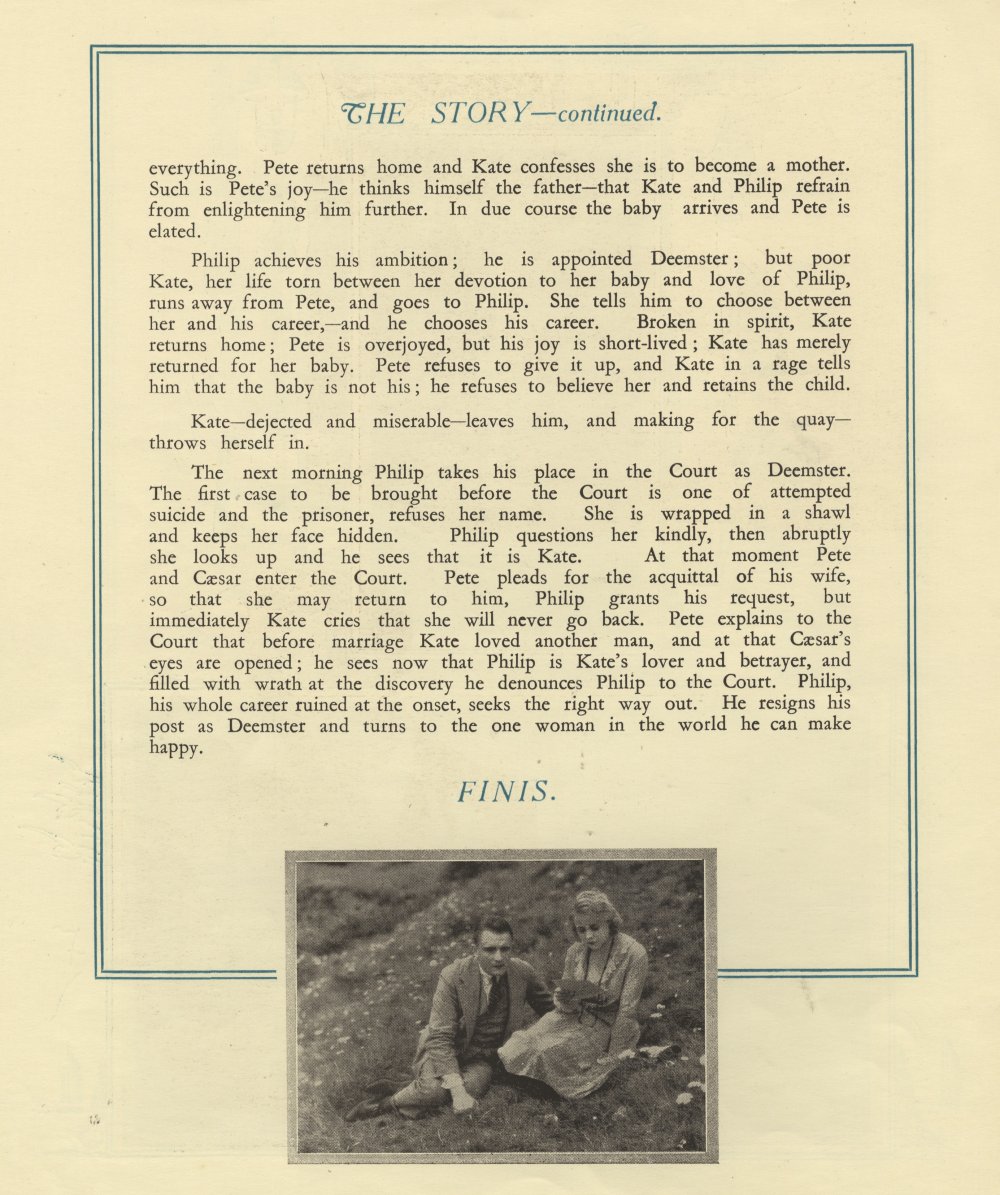 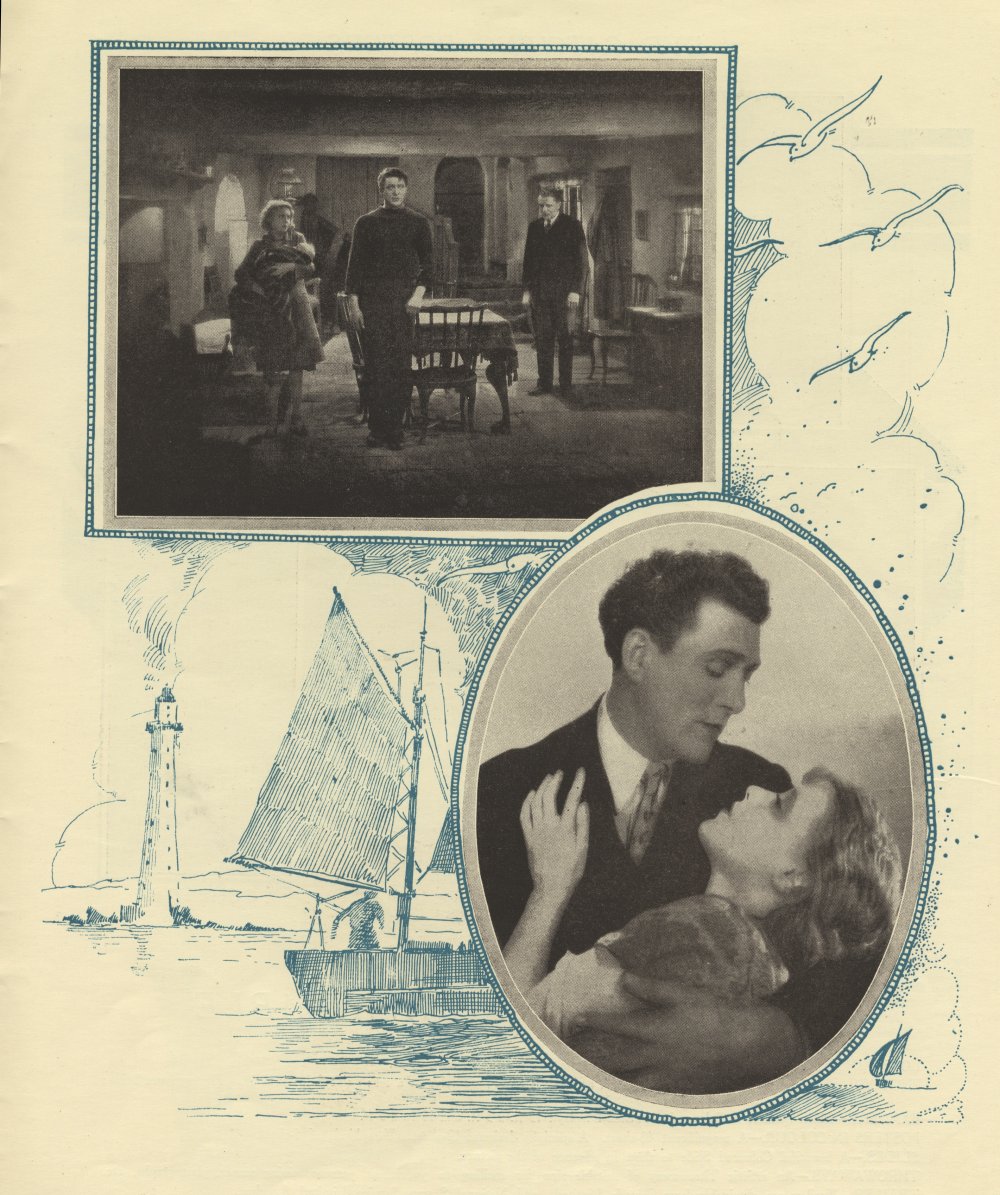 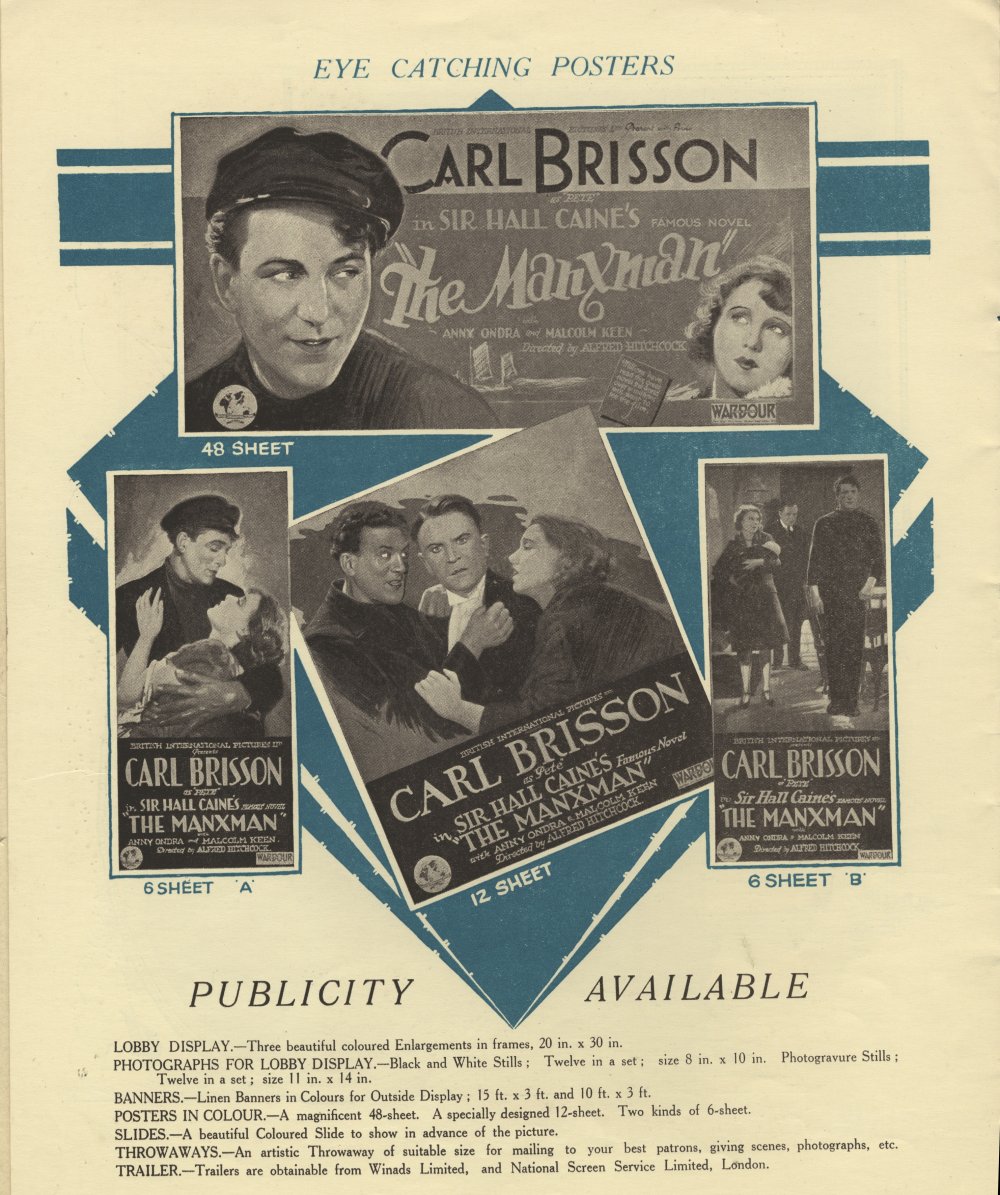 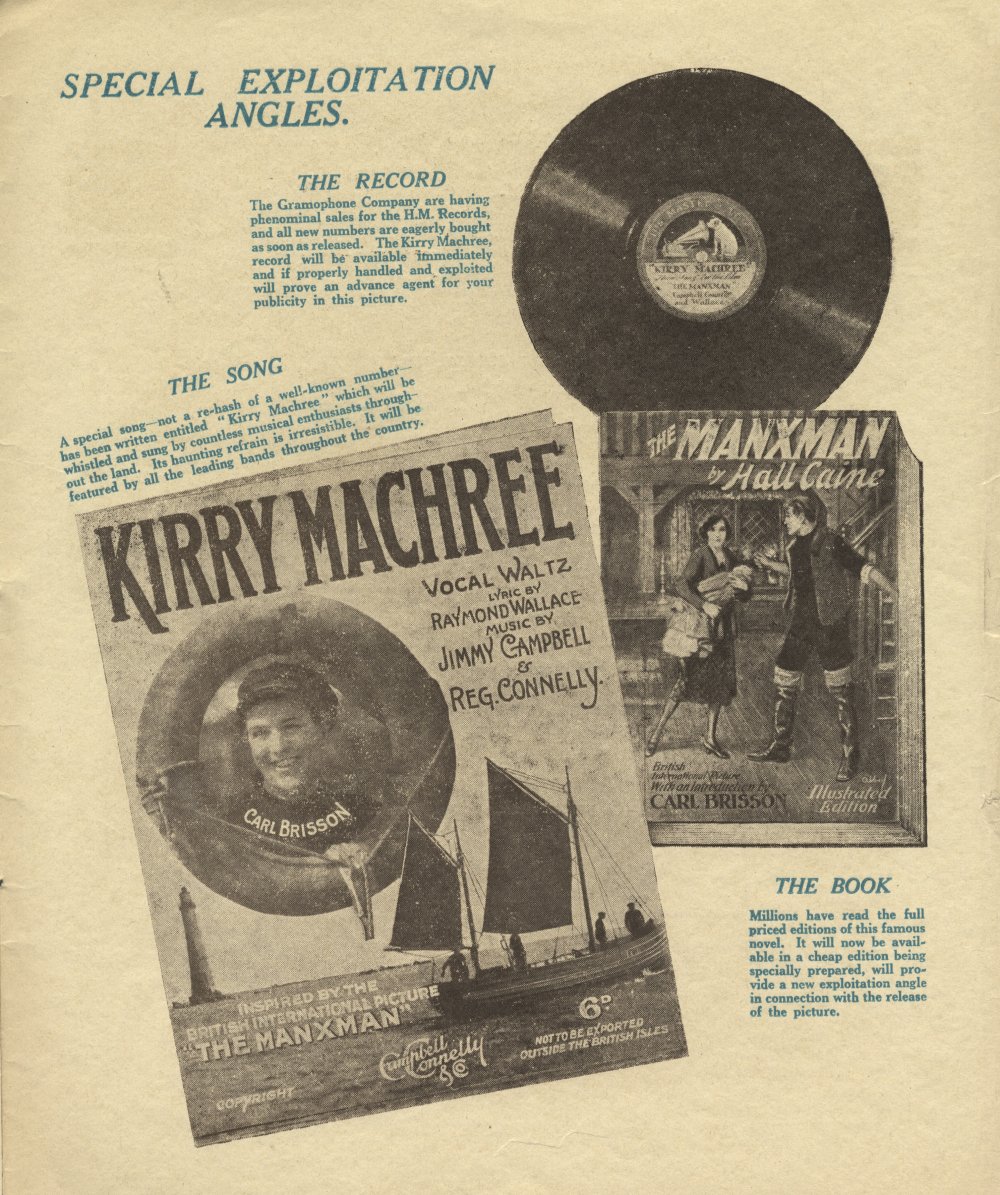