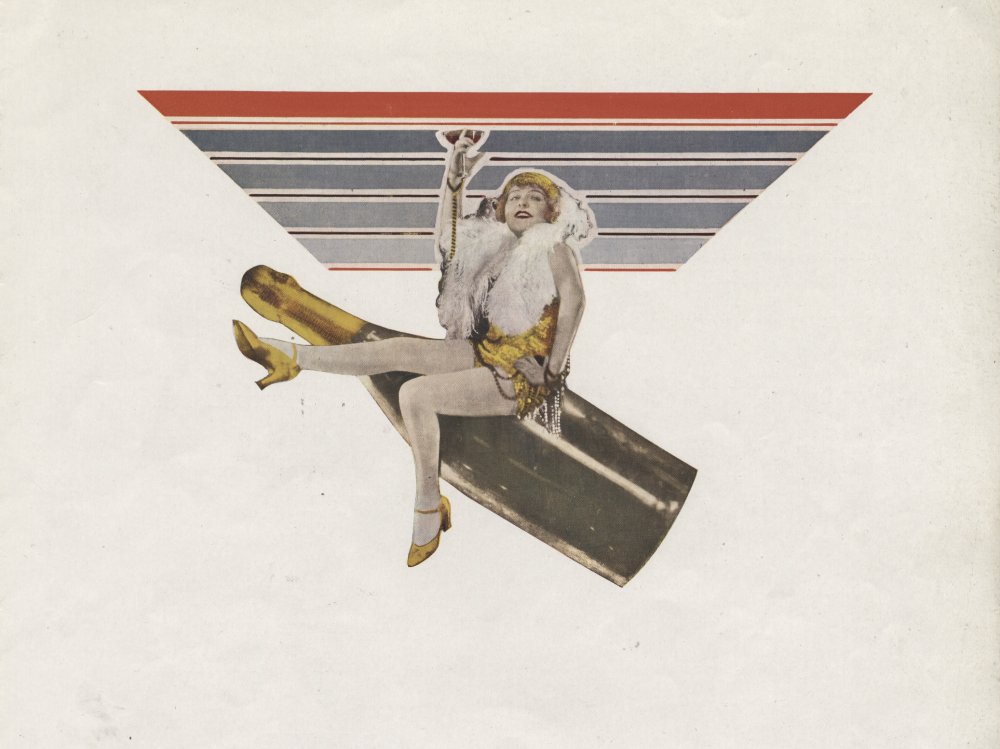 “One of the greatest showman’s propositions the industry has ever known,” boasts the publicity blurb in the original pressbook for Alfred Hitchcock’s 1928 romantic comedy Champagne. Proudly trumpeting the “world-wide fame and popularity” of star Betty Balfour and the talent of a director who “for some considerable time … has been directing films of exceptionally high merit”, the puff predicts “a record-breaking picture.”

These pressbooks were the forerunners of the press notes which are handed out to journalists at preview screenings today, often featuring a synopsis, interviews with the talent involved, and biographies of key cast and crew. This 1928 version offers nothing so in-depth, merely a lengthy synopsis and some basic film credits.

But what it lacks in detail, it makes up for in decoration. Created by the Soho-based distribution company Wardour Films Ltd, the pressbook for Champagne is a wondrous visual artefact which evokes not only the age of Art Deco, cocktails and flappers depicted by the film, but also the bygone practices of 1920s film publicity. 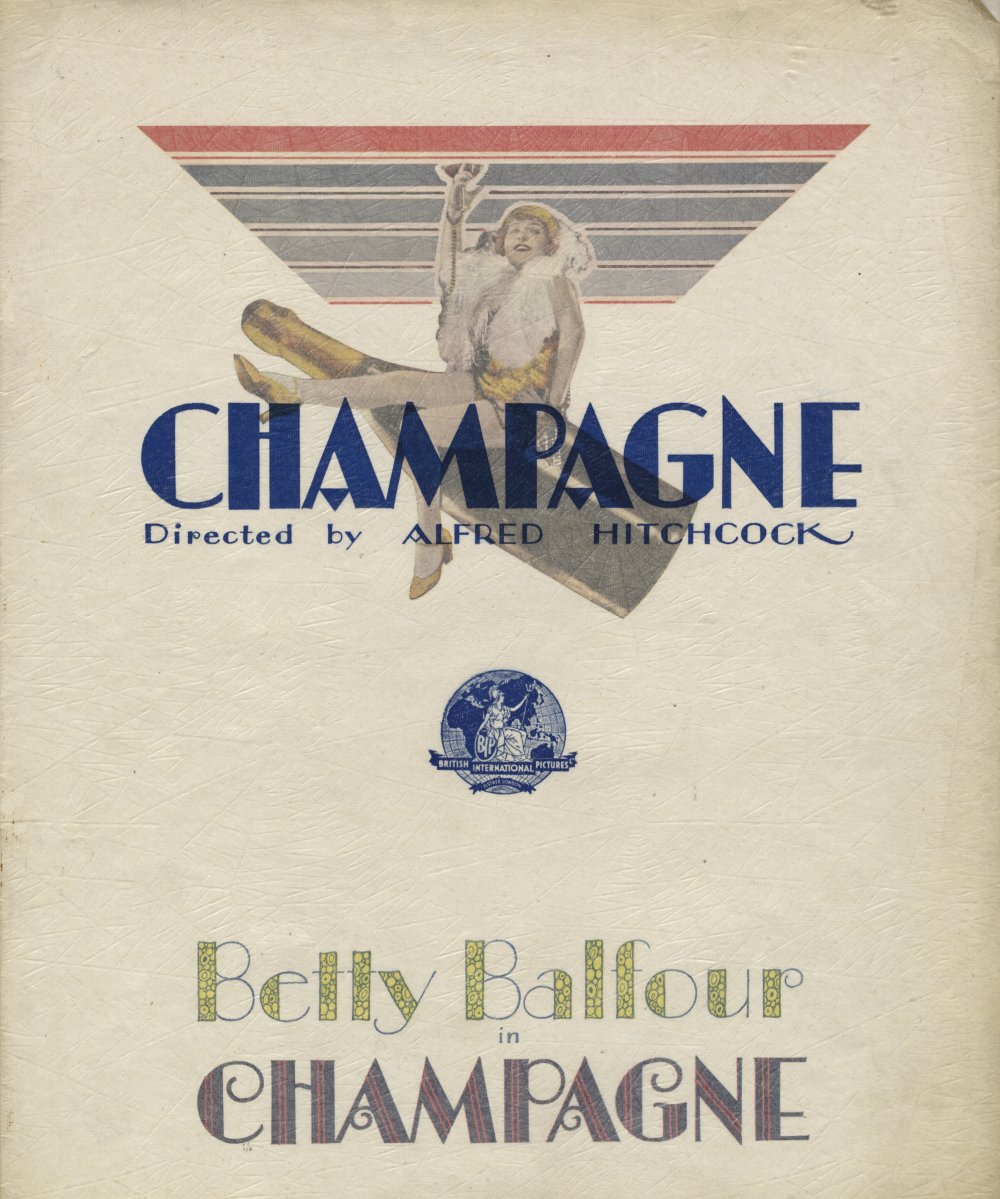 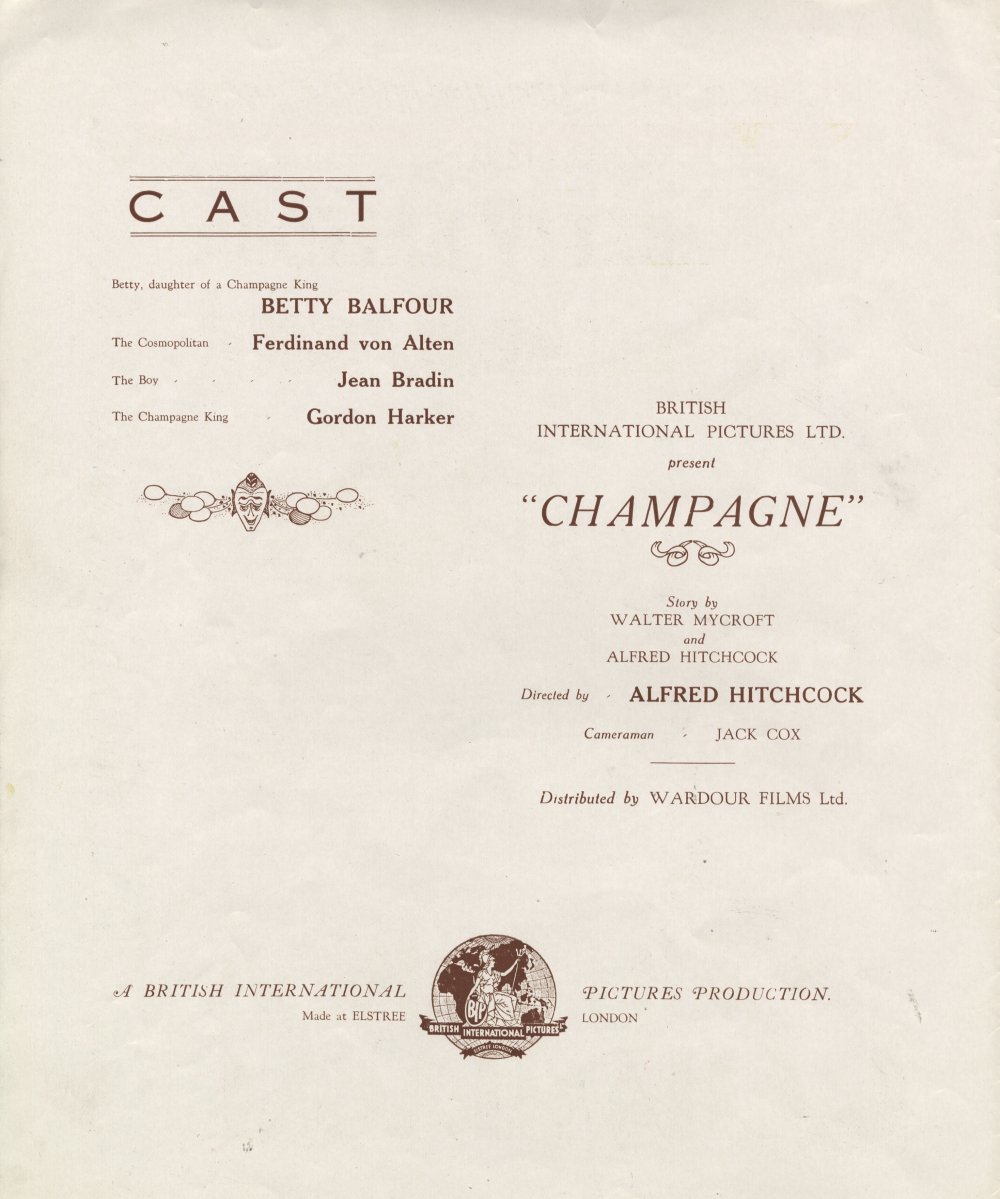 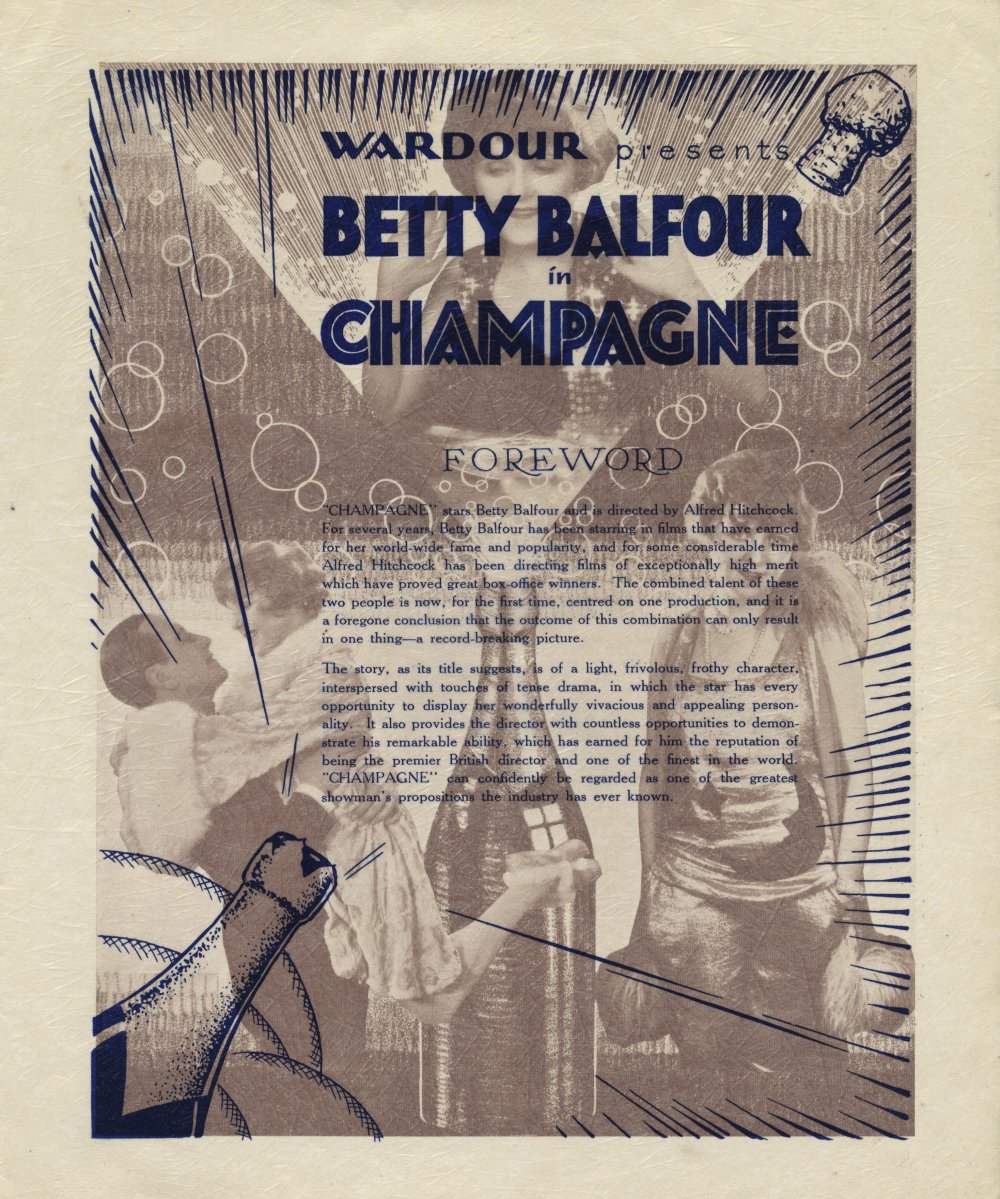 “CHAMPAGNE” stars Betty Balfour and is directed by Alfred Hitchcock. For several years, Betty Balfour has been starring in films that have earned for her world-wide fame and popularity, and for some considerable time Alfred Hitchcock has been directing films of exceptionally high merit which have proved great box-office winners. The combined talent of these two people is now, for the first time, centred on one production, and it is a foregone conclusion that the outcome of this combination can only result in one thing – a record-breaking picture.

The story, as its title suggests, is of a light, frivolous, frothy character, interspersed with touches of tense drama, in which the star has every opportunity to display her wonderfully vivacious and appealing personality. It also provides the director with countless opportunities to demonstrate his remarkable ability, which has earned for him the reputation of being the premier British director and one of the finest in the world. “CHAMPAGNE” can confidently be regarded as one of the greatest showman’s propositions the industry has ever known. 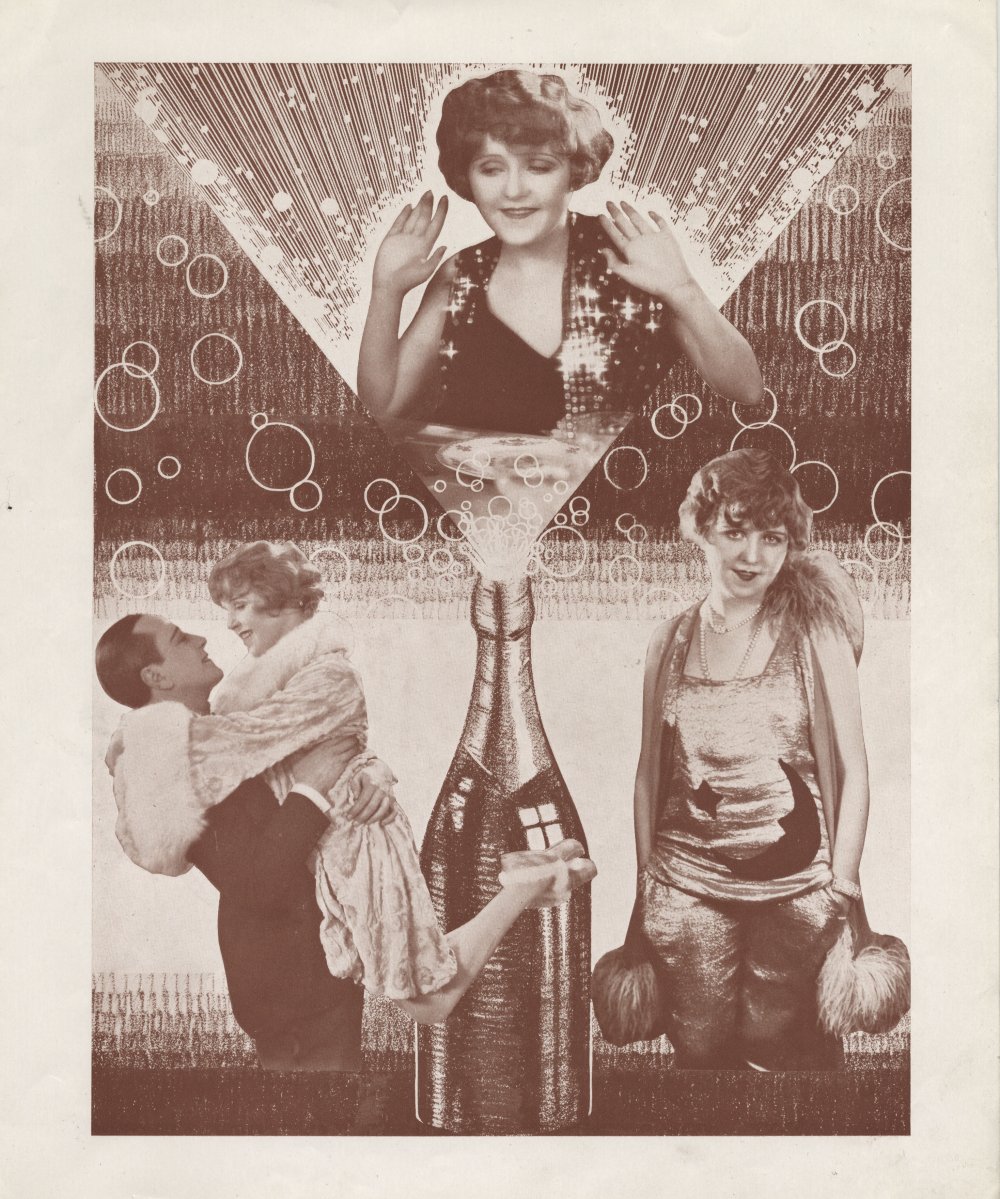 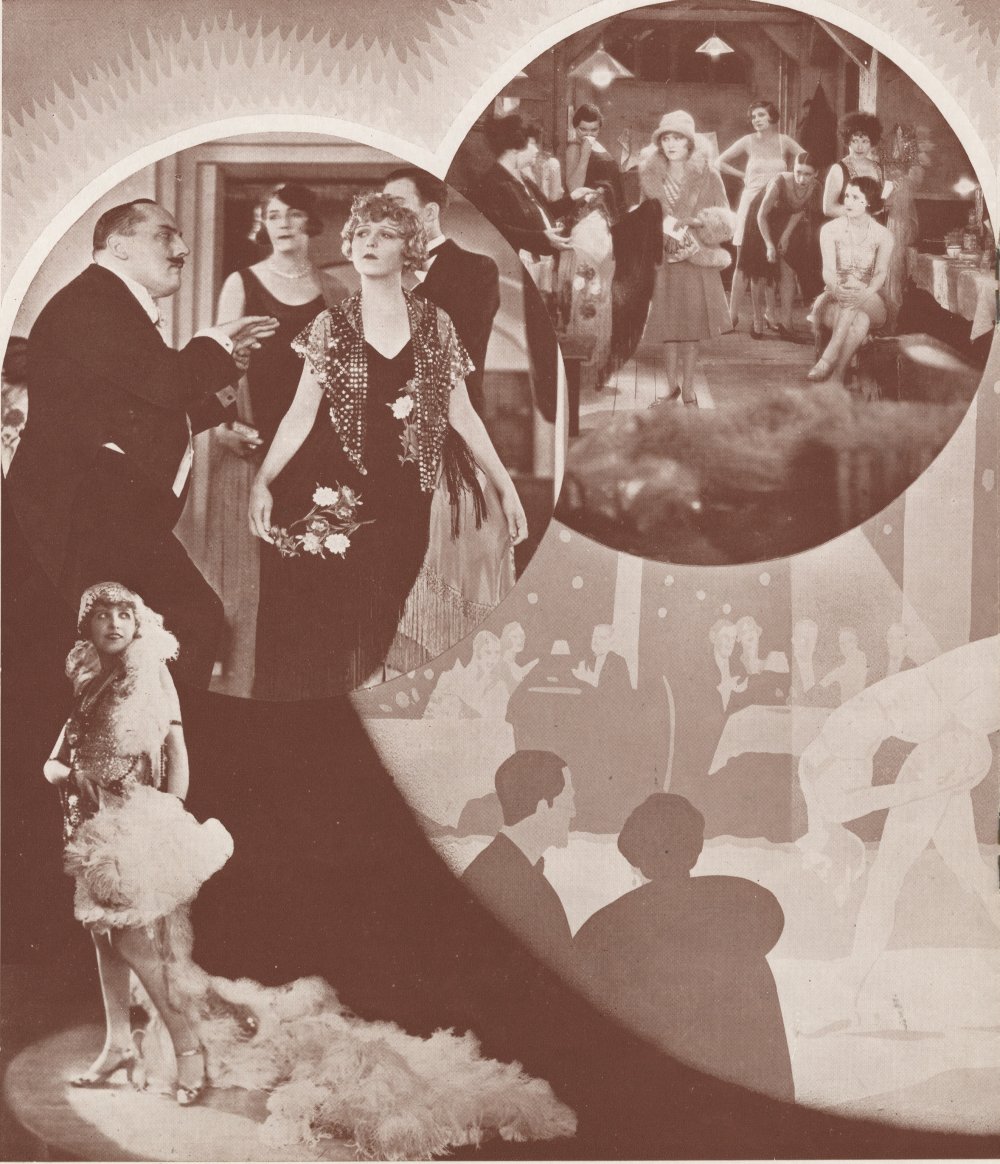 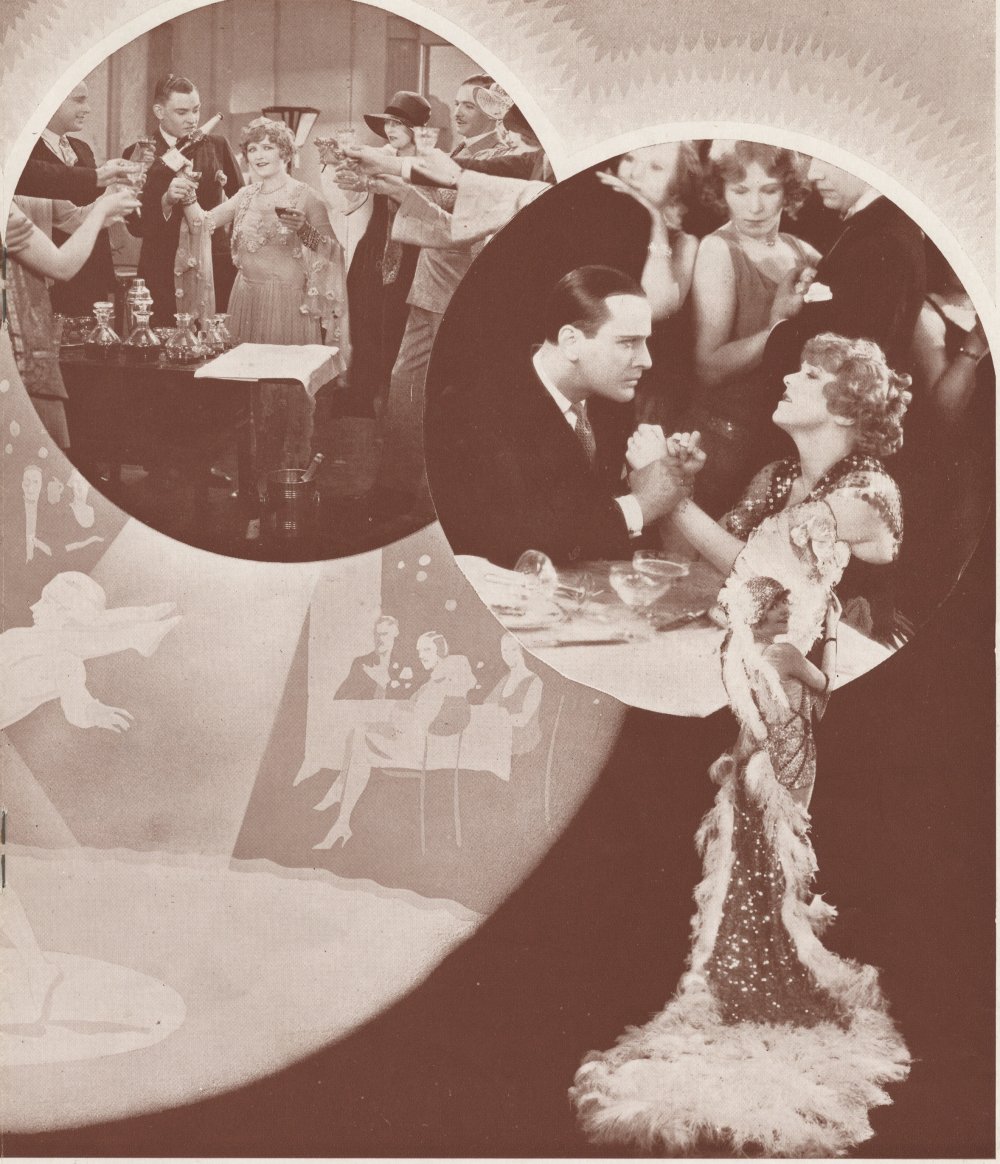 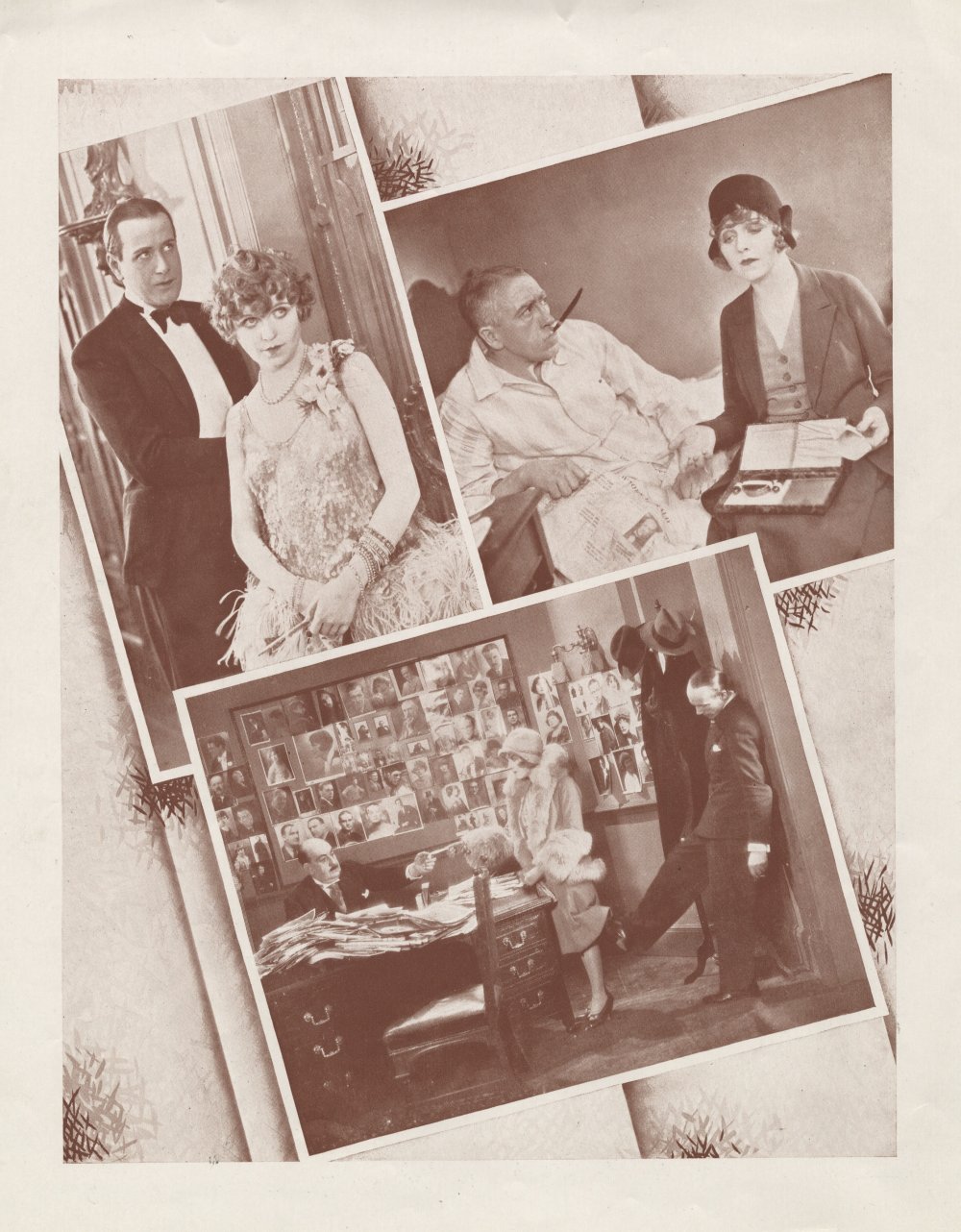 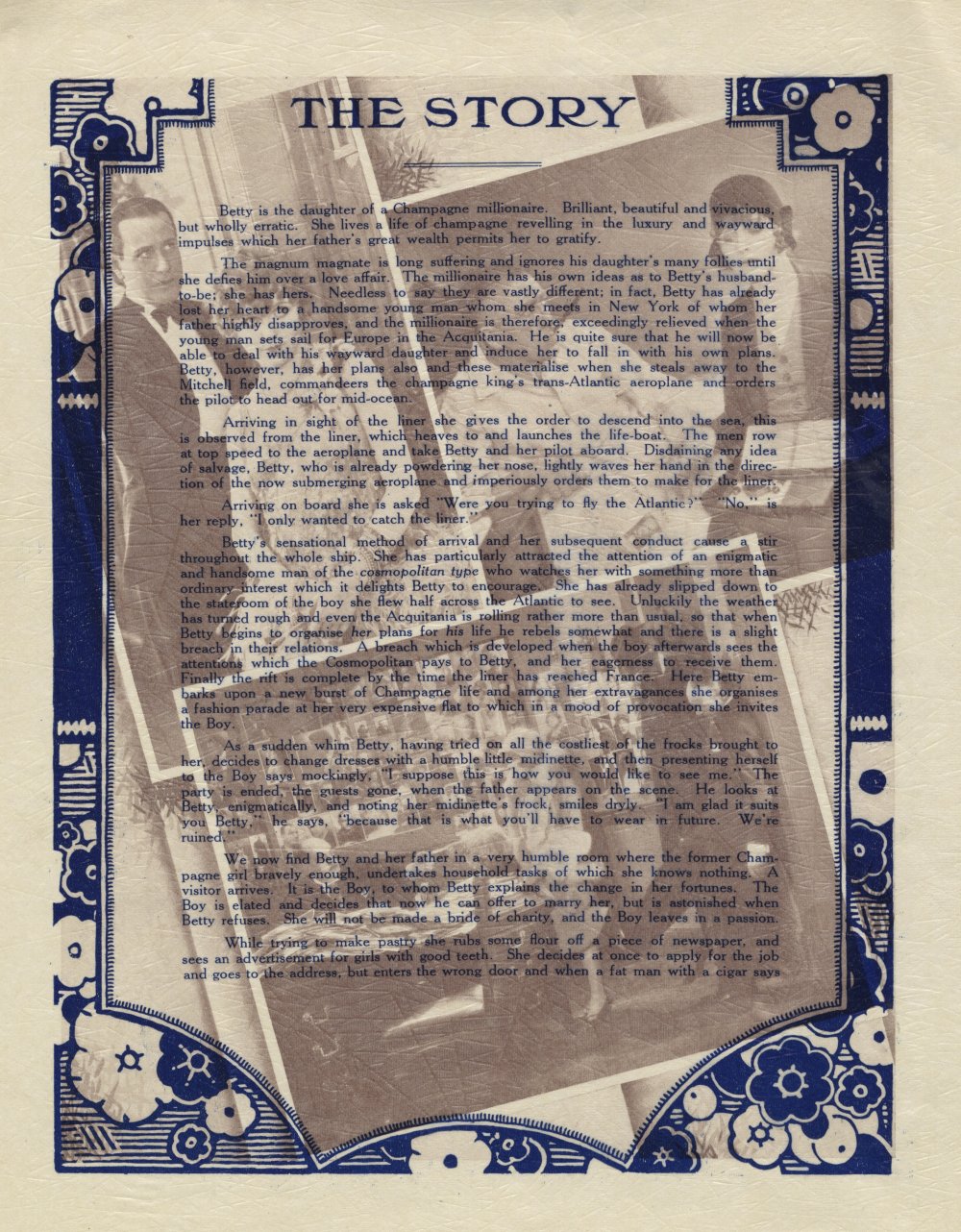 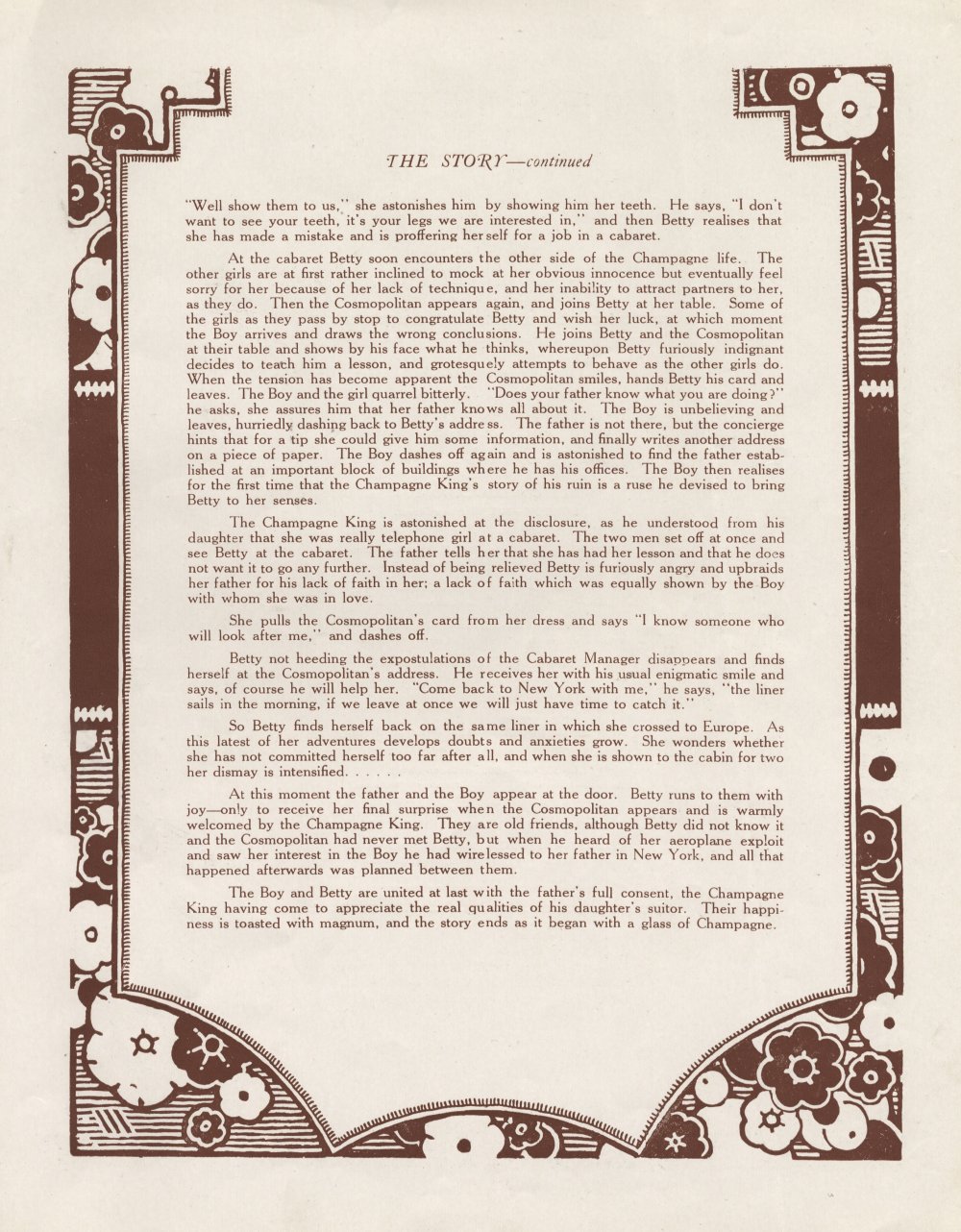 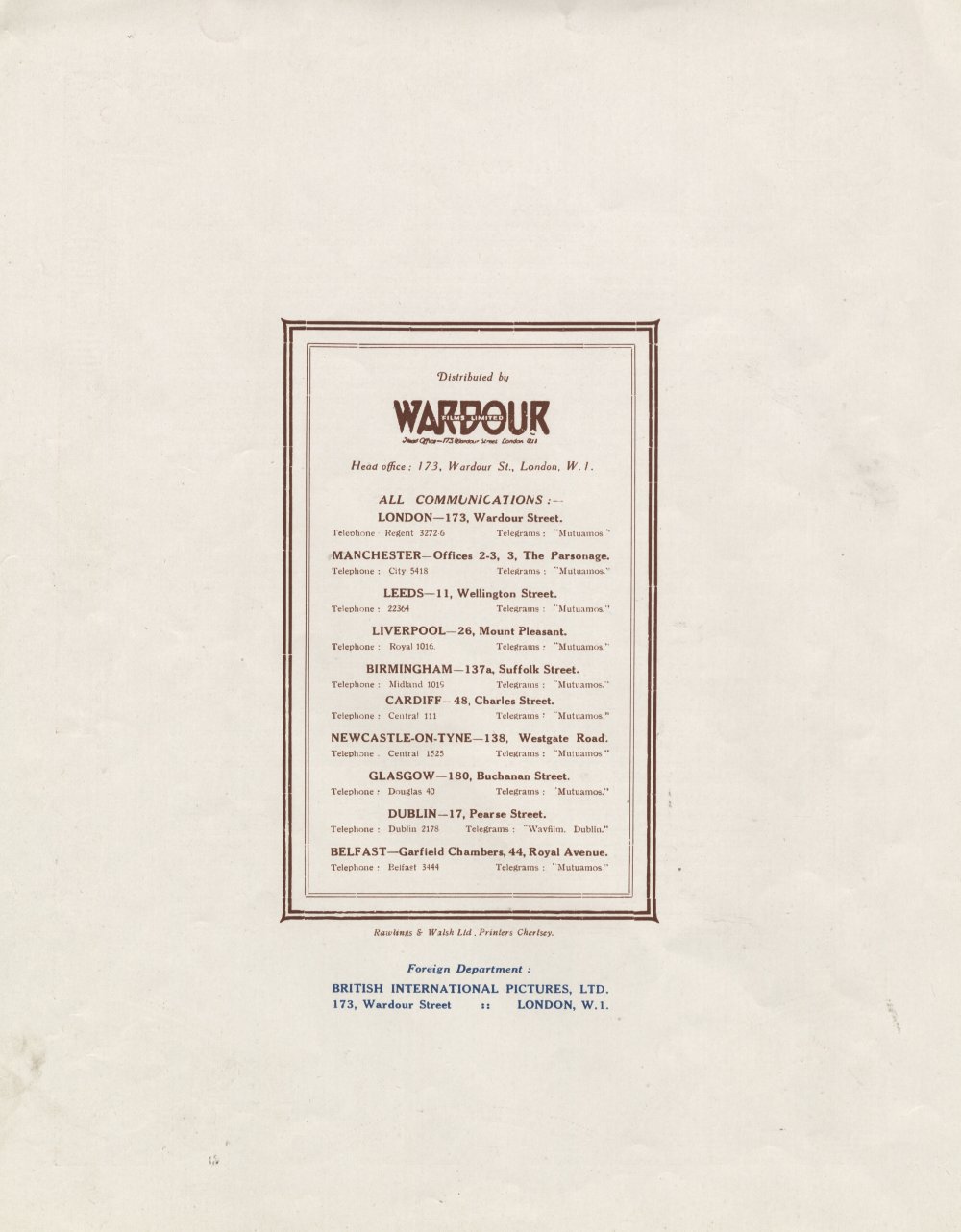