Read the script pages for James Bond’s first ever scene

…and complete an original 1962 Dr No crossword puzzle. 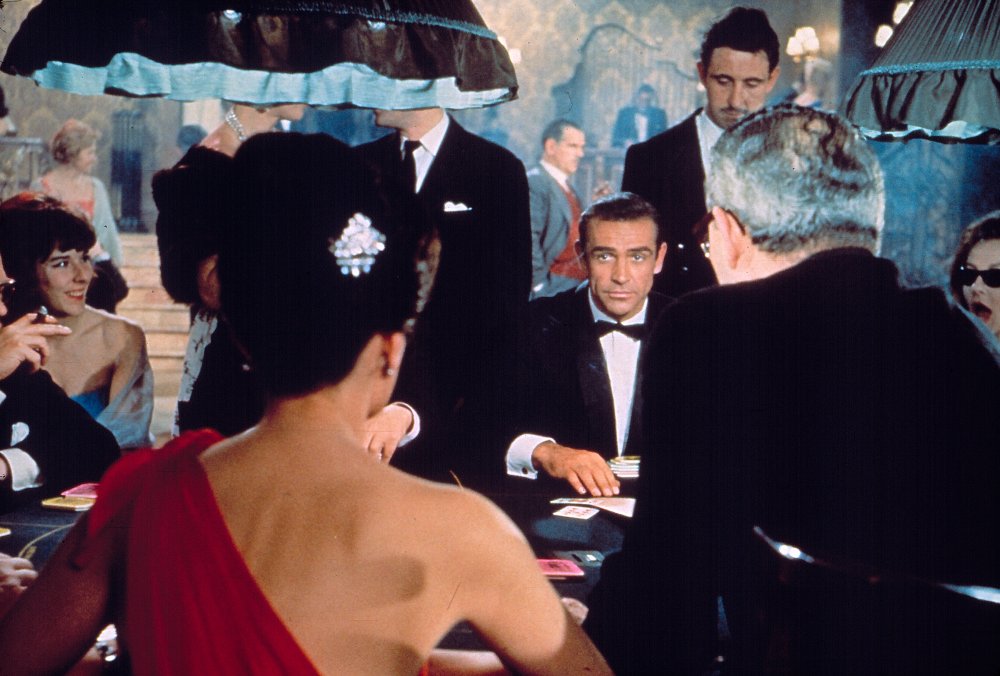 On 5 October 1962, Dr No had its premiere screening in London. The first film adaptation from the popular spy novels of Ian Fleming, it was to begin one of the most successful franchises in cinema history. Albert R. Broccoli and Harry Saltzman acquired the film rights to the James Bond novels in the 1950s but it took some time to get the first project off the ground, the producers finding little interest from Hollywood in this very British spy.

The task of adapting the 1958 novel Dr No for the screen initially fell to Richard Maibaum and Wolf Mankowitz, with Johanna Harwood and Berkely Mather brought in to polish later drafts. At this time, Mankowitz – a friend of ‘Cubby’ Broccoli’s – was best-known for the Peter Sellers-Sophia Loren vehicle The Millionairess (1960) and the apocalyptic sci-fi The Day the Earth Caught Fire (1961). He would later ask for his name to be removed from the Dr No credits after seeing the rushes and fearing a major flop.

Maibaum, on the other hand, who had spent the 1950s writing war films like The Red Beret (1953) and The Cockleshell Heroes (1954), as well as Nicholas Ray’s Bigger than Life (1956), would go on to make a career out of Fleming’s secret agent, penning a further 12 Bond films before bowing out with Licence to Kill in 1989.

To celebrate Mr Bond’s cinematic anniversary, we present an extract from the fifth draft script. It’s the classic moment part-way into Dr No in which the suave superspy (played in the film by Sean Connery) is first introduced to the world. The scene is a London gambling room called Le Cercle, where at the top stakes table, surrounded by onlookers, a chic woman in a red dress and a tuxedoed man with his back to the camera issue their commands to the croupier… 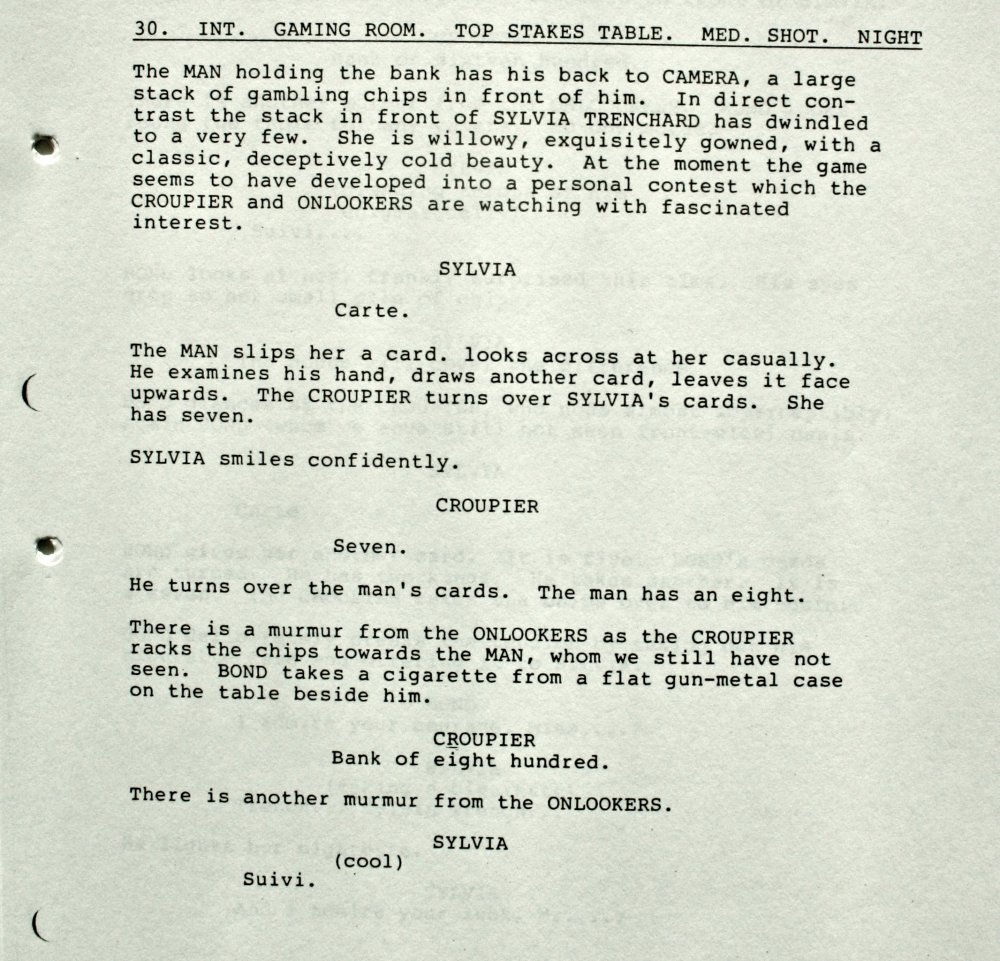 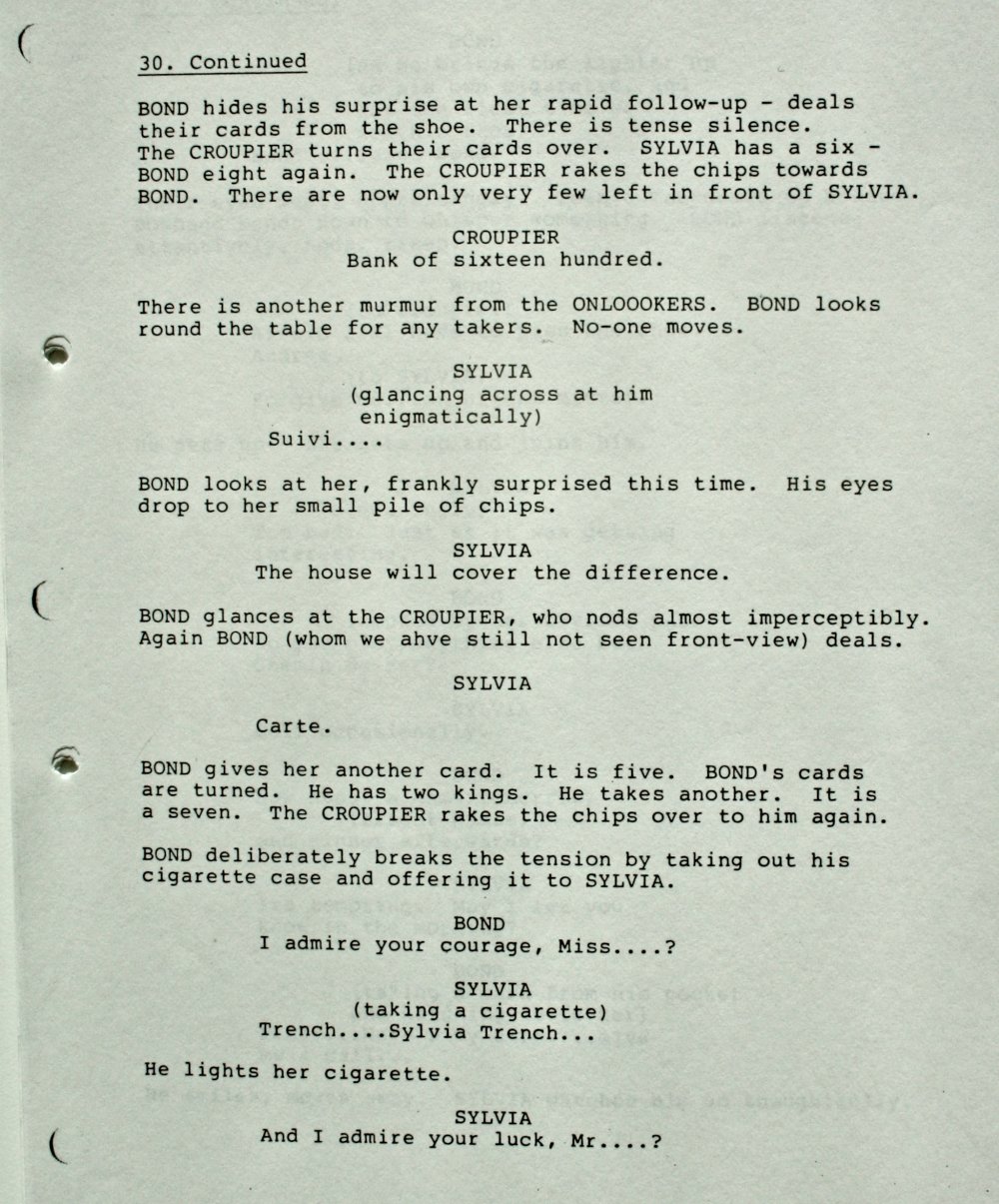 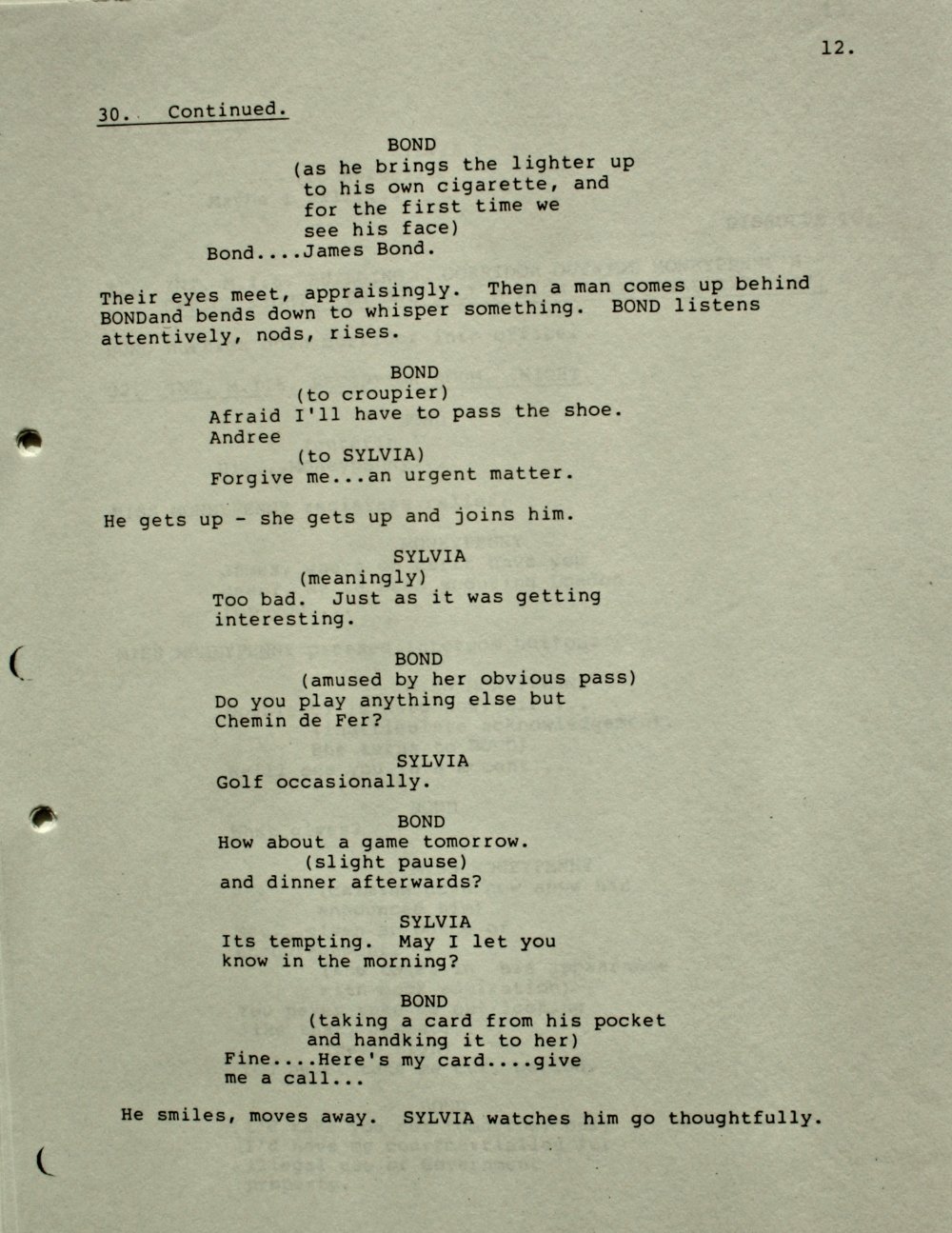 The pressbook issued to exhibitors to help market the film’s release in October 1962 was full of suggestions for innovative gimmicks to exploit the film’s appeal. If a game of chemin de fer at an exclusive casino isn’t on the cards today, there could be worse ways to toast Mr Bond on his 50th anniversary than to have a go at the pressbook’s Dr No crossword puzzle. 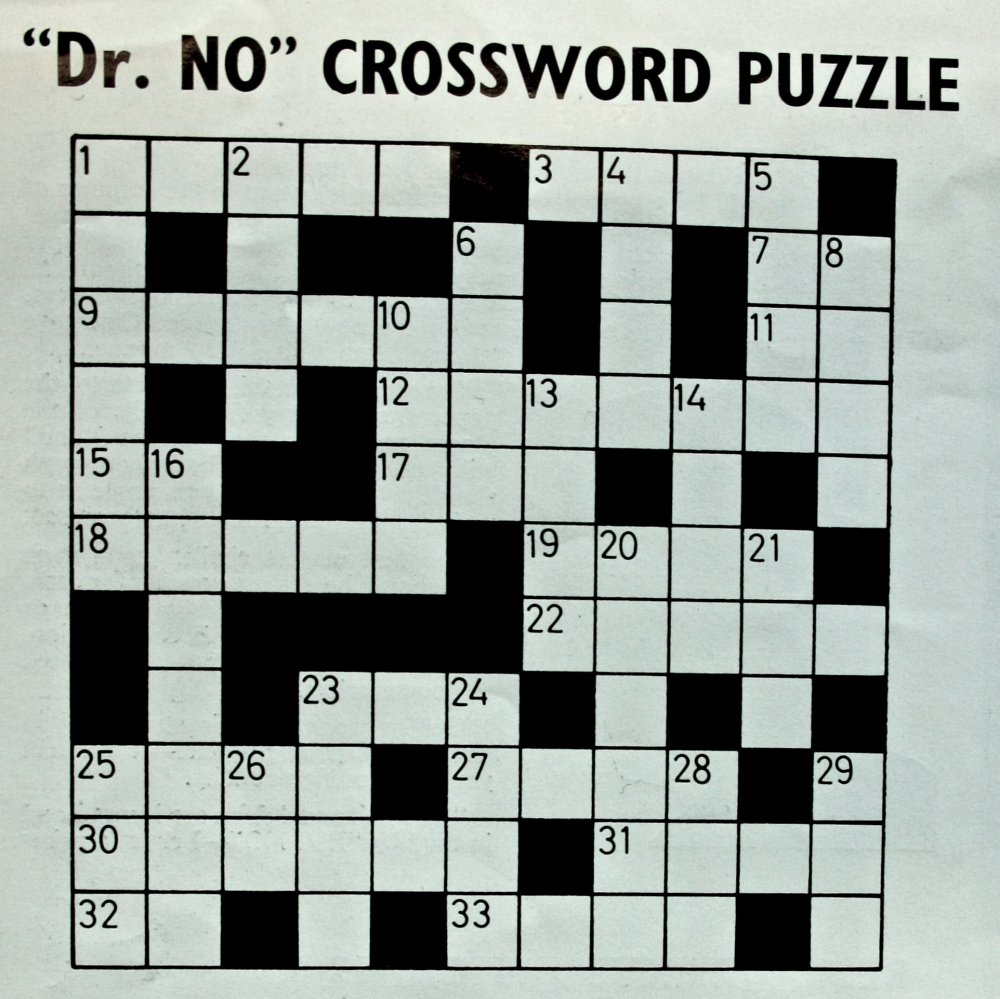 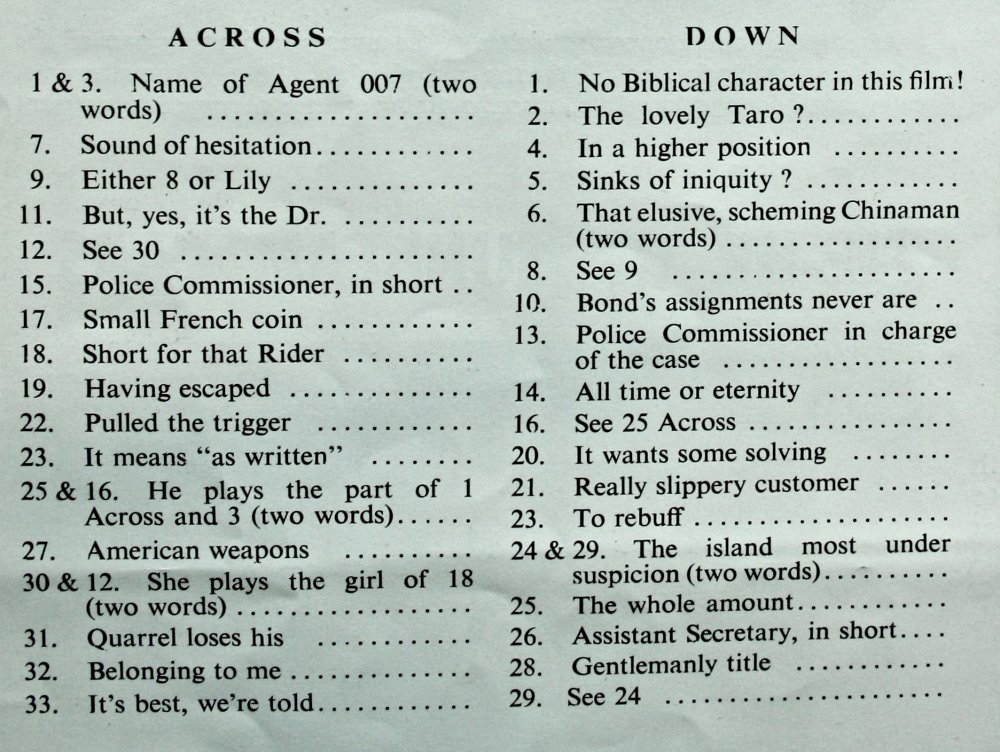