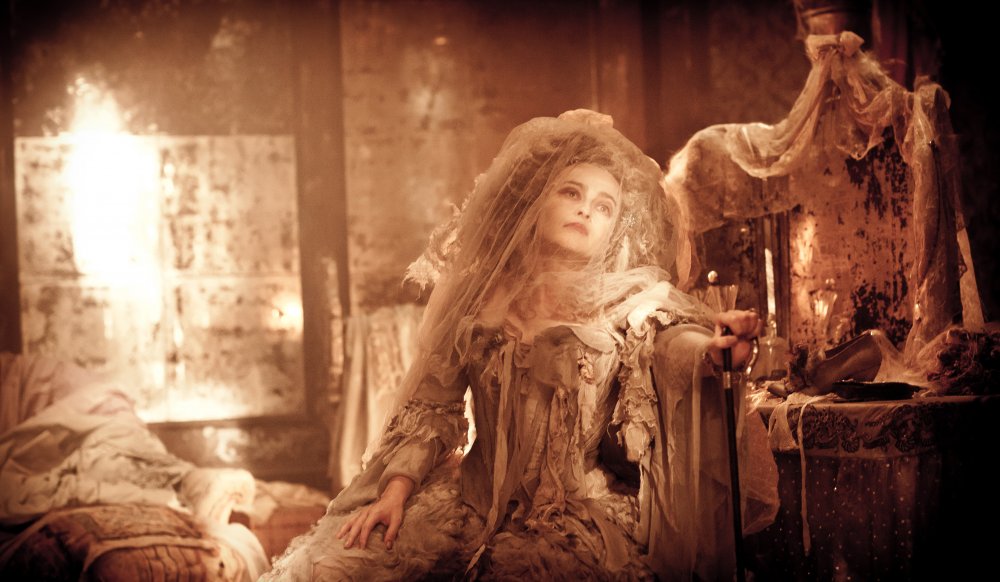 The 56th BFI London Film Festival in partnership with American Express is delighted to announce that this year’s festival will close on Sunday 21 October with the European Premiere of Great Expectations taking place at the Odeon Leicester Square, directed by acclaimed filmmaker Mike Newell, adapted by David Nicholls and starring Helena Bonham Carter, Ralph Fiennes and Jeremy Irvine as Pip, alongside an outstanding British cast.

Young orphan Pip is given a chance to rise from his humble beginnings thanks to a mysterious benefactor. Moving through London’s class-ridden world as a gentleman, Pip uses his new-found position to pursue the beautiful Estella, a spoilt heiress he’s loved since childhood. Yet the shocking truth behind this great fortune will have devastating consequences for everything he holds dear.

Starring an award-winning cast, including Helena Bonham Carter, Ralph Fiennes, Jeremy Irvine, Holliday Grainger, Robbie Coltrane, Ewen Bremner, Jason Flemyng, Sally Hawkins, David Walliams and Tamzin Outhwaite, this British tour de force is directed by the BAFTA-winning director of Four Weddings and a Funeral and Harry Potter and the Goblet of Fire, Mike Newell. Written for the big screen by David Nicholls, the acclaimed writer of the global bestseller One Day, this adaptation of Dickens’ finest novel is produced by award-winning partners at Number 9 Films, Elizabeth Karlsen and Stephen Woolley (Made in Dagenham, How to Lose Friends & Alienate People, The Crying Game). Producers for Unison Films are Emanuel Michael and David Faigenblum, and the film has been financed by BBC Films, the BFI Film Fund, Lipsync Productions, Unison Films and Hart/-Lunsford Pictures.

The film will be released by Lionsgate on 30th November 2012 in the UK.

Visually ravishing and rippling with immediacy, this new adaptation of the classic novel, directed by Mike Newell provides a fitting conclusion to both the 56th BFI London Film Festival and London’s bicentenary celebrations of the life and work of Charles Dickens. David Nicholls’ splendid script has an acute respect for the complexities of Dickens’ original text and gives plenty of scope to the film’s rising stars – Jeremy Irvine (Pip) and Holliday Grainger (Estella) – along with some of the UK’s finest acting talent, including compelling performances from Ralph Fiennes as Magwitch and Helena Bonham Carter as Miss Havisham.

It’s a great honour to be invited to be the BFI London Film Festival’s Closing Night film. I’m proud that our new version of Great Expectations should be presented this year, the bicentenary of Dickens’ birth. I’ve tried to make a film that is true to the theatrical vividness, energetic characters and high colour that he is loved for, while mining the deep seams of emotional cruelty and madness that underlie one of Dickens’ darkest-shadowed stories. I’ve tried to make a film for a young modern audience in which Pip and Estella’s fated love affair is shown through feelings and stresses that are of today and in a city that was, then, full of brawling energy, was unimaginably wealthy and very bad…

The 56th BFI London Film Festival in partnership with American Express runs from Wednesday 10 October-Sunday 21 October. The full programme for the Festival will be announced at the press launch on Wednesday 5 September.

The Festival announced its Opening Night film, the European Premiere of Tim Burton’s Frankenweenie, last week and also previously announced its Archive Gala, the world Premiere of the new restoration of Alfred Hitchcock’s The Manxman, which will conclude the BFI’s ‘The Genius of Hitchcock’ season currently  screening at the BFI Southbank.