Review | from our September 2012 issue 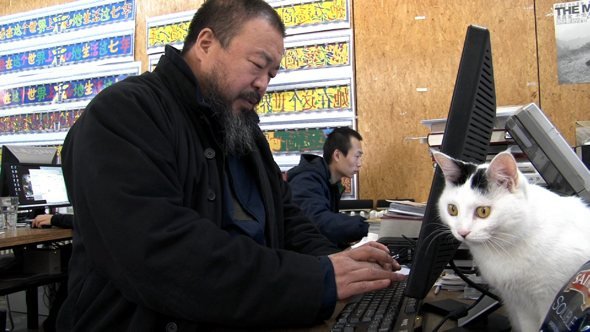 By some distance the most internationally famous Chinese contemporary artist, Ai Weiwei (b. 1957) has been increasingly portrayed as a latterday Václav Havel or Alexander Solzhenitsyn, whose names also became synonymous with political dissidence and whose activism fuelled their creative work. Indeed, in May this year Ai was one of the first winners of the posthumously inaugurated Havel Prize for Creative Dissent, and the Chinese authorities are unlikely to have been amused by the fact that the award deliberately resembled the ‘Goddess of Democracy’, the makeshift statue erected by pro-democracy protesters in Tiananmen Square in 1989.

But as Alison Klayman’s documentary extensively demonstrates, Ai has long delighted in giving the finger to the Chinese government, often via philosophical tweets such as: “There are no outdoor sports as graceful as throwing stones at a dictatorship.” Ai the prankster turns the government CCTV cameras trained permanently on his studio into marble-effect sculptures resembling hi-tech gargoyles, while Ai the activist takes care to document every stage of his attempts at filing a complaint against the police over an assault that saw him briefly hospitalised.

American-born China-based journalist Klayman filmed Ai regularly between 2009 and 2011, a few months after he caused an international stir by condemning the Beijing Olympics held in the ‘bird’s nest’ stadium that he himself helped to design. Although the film usefully delves into his past to bring newcomers up to speed (including an info-nugget of particular S&S interest: he initially studied at the Beijing Film Academy alongside Chen Kaige, Zhang Yimou and other great ‘fifth generation’ filmmakers), it devotes most screen time to his then-current projects.

He’s shown preparing large-scale shows in Munich (2009) and London (2010, the famous ‘Sunflower Seeds’ installation in Tate Modern’s Turbine Hall) and working on an ongoing project to document the thousands of school-age victims of the 2008 Sichuan earthquake. The latter takes many forms, from the sociological (using crowd-sourcing techniques both to gather data on the ground and verbally commemorate individual victims) to the spectacular (a gigantic Munich installation in which 9,000 small rucksacks like those found in the rubble of collapsed schools were mounted and colour-coordinated to spell out “She lived happily on this earth for seven years” in Chinese characters). 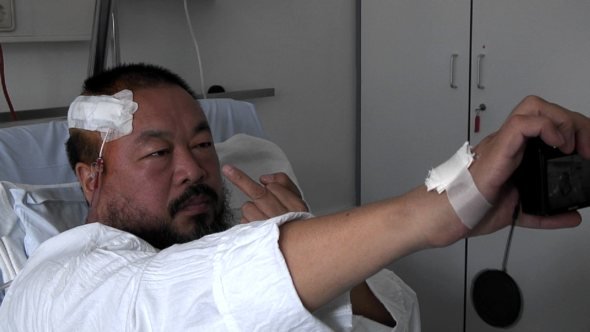 Ai’s career has already fuelled a high-profile BBC documentary, Ai Weiwei: Without Fear or Favour (2010), and there are several overlaps in content, though Klayman’s film benefits from much more extensive access to Ai himself, as well as several caught-on-the-wing encounters with officialdom – a memorable highlight involves Ai filming policemen who are in turn filming him having a restaurant meal.

Klayman also pays much attention to Ai’s extensive use of social media in general and Twitter in particular, and the role that they play in broadcasting his power-mocking stunts worldwide. She was lucky with her timing: her film was in post-production when Ai’s 81-day disappearance in 2011 (ostensibly over tax anomalies) became a major international scandal, supplying her with a far more potent ending than the authorities’ previous wing-clipping efforts, which had included low-level persecution, police assault and the demolition of his Shanghai studio.

Ai claims that his life and work have become inseparable, and Klayman seems to accept this largely uncritically: though she touches on Ai’s unorthodox domestic arrangements whereby he’s raising a son conceived outside his marriage to fellow artist Lu Qing, she rarely probes too deeply. Similarly, the film superficially skims several fascinating topics, not least the complexity of western-Chinese relations at a time when power balances are decisively shifting. However, the film’s accessibility and immediacy make up for any analytical shortcomings, especially given the increased need for others to speak on Ai’s behalf as the authorities devise yet more ways of silencing him.