The perils of a sea voyage from Senegal to mainland Europe in a wooden boat are the focus of The Pirogue, a highlight from day five of the Festival. 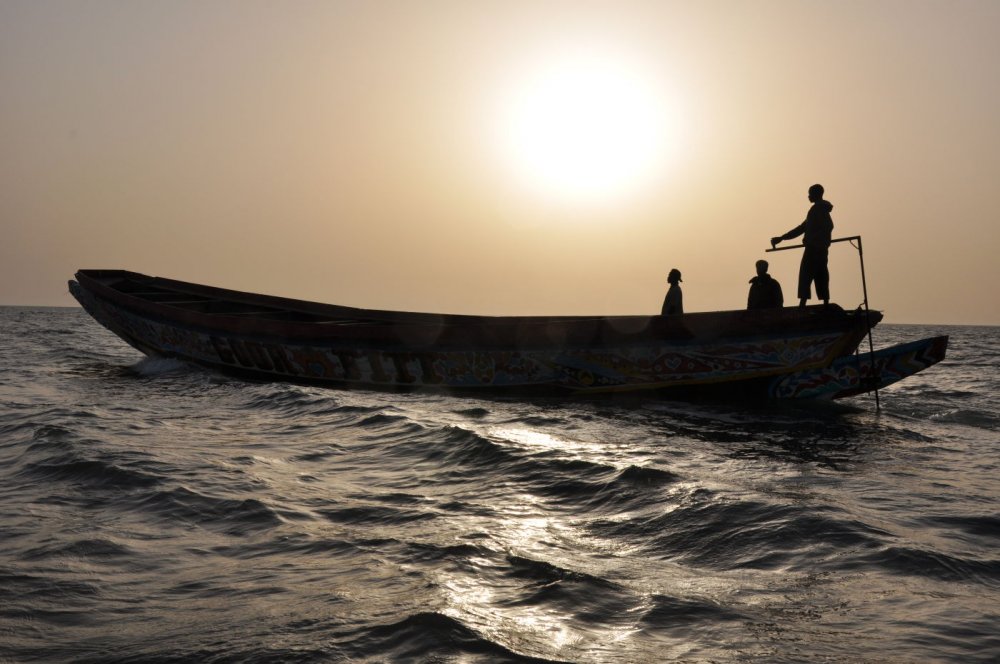 Senegal may be a relatively small African nation, with a modestly sized film output, but it has punched well above its weight in world cinema terms. It was here, after Senegal gained independence in 1960, that Ousmane Sembène – the so-called ‘father’ of sub-Saharan African cinema – began making politically urgent films such as Borom Sarret (1963) and La Noire de… (1966) in the mid-1960s.

Later, his countryman Djibril Diop Mambéty proved a similarly striking talent: Mambéty’s wonderful 1973 film Touki-Bouki was recently voted one of the 100 greatest films ever made in the once-a-decade Sight & Sound poll.

With Alain Gomis’s Tey and Tall as the Baobob Tree by the 23-year-old Jeremy Teicher, Moussa Touré’s new film The Pirogue is one of three Senegalese films to be selected for this year’s Festival – evidence if it were needed that the tradition of quality filmmaking in Senegal continues unabated.

In order to raise some money for his family, retired fisherman Baye Laye (Souleymane Seye Ndiaye) is convinced to captain a pirogue – an open-top, wooden fishing boat – carrying 30 men (and one stowaway woman) on a voyage to Europe. Thus begins a fraught and perilous journey across Atlantic waters in the uncertain hope that a better life as illegal immigrants is awaiting the passengers on arrival.

Director Moussa Touré is no stranger to films about dangerous voyages. His second film, TGV (1998), was set on a rickety bus ride that passes through revolutionary-controlled territory on its journey to Conakry, the capital of Guinea. Forming his own production company in 1987, Les Films du Crocodile, Touré made his debut feature, Toubab Bi, in 1992 and has since worked mainly in documentary. The Pirogue is his third fiction feature.

Recalling other boat-set ensemble dramas such as Alfred Hitchcock’s Lifeboat (1944), The Pirogue offers beautiful seascapes (filmed by Thomas Letellier) and much on-board tension as life in close quarters and a dwindling food supply starts to get to the voyagers. It works both as a glimpse behind the headlines into the very real human drama of would-be immigrants, and as a multi-character adventure film complete with stowaways and storms at sea. The Pirogue is dedicated to the 5000 Africans who have died attempting similar voyages in the last decade. 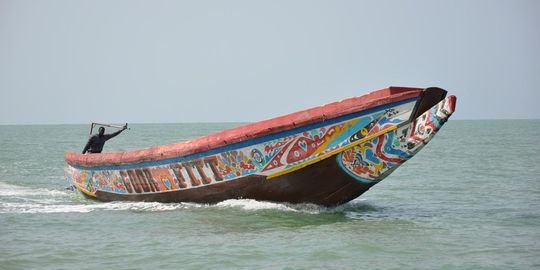 Handsomely shot in fairly conventional style by a mixed Senegalese and French crew, La Pirogue is a well-crafted melodrama in classic issue-movie mold. The cast are capable, the dramatic conflict punchy, and the soundtrack sprinkled with the pretty, sinewy, laidback sounds of Senegal, a nation rightly famous for its vibrant music scene. […] The urgency of the subject in these straitened economic times lends Touré’s local story an extra kick of topical, universal power.

The Pirogue succeeds on the strengths of its nicely delineated characters and first-rate production values. Even if some roles are only cursorily sketched (there are a lot of guys in this boat), they convey personality and a hunger for opportunity that’s hard to keep at an emotional distance. The topnotch widescreen lensing gives prominence to faces; the term ‘illegal immigrant’ has taken on such negative connotations, with a consequent denial of specificity, that it’s salutary to gaze at the human face of the problem.