Fela on film: a cinematic legacy

With a big-screen biopic of Fela Kuti in the works, Ashley Clark examines the film legacy of the legendary Nigerian musician, including an intriguing documentary about Kuti’s 1986 visit to New York City. 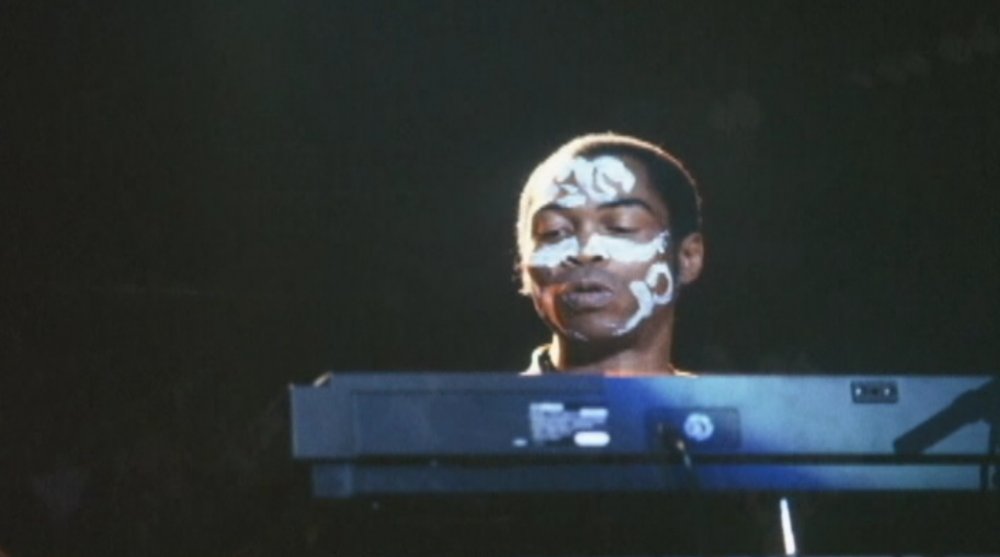 Once described by Focus Features CEO James Schamus as “the most globally influential pop artist outside the Beatles in the last 50 years”, Nigeria’s legendary musician, pan-African revolutionary and political rebel Fela Kuti is the subject of this month’s African Odysseys screening at BFI Southbank: documentary Fela NYC: Fresh from Africa (2006).

As reported by Variety back in 2009, it was Schamus who signed the deal to bring the story of Kuti’s life to the big screen, with Steve McQueen (then fresh from success with feature debut Hunger, 2008) slated to direct, and British actor Chiwetel Ejiofor in the lead role. Since then, however, McQueen has made his acclaimed New York-set drama Shame (2011), and pre-production has started on his next film, Twelve Years a Slave, with a proposed 2013 release date, and Ejiofor again in the title role.

Although the biopic remains on the backburner for now, it’s easy to see why Kuti would make an attractive proposition for cinematic treatment. Born in Nigeria in 1938 to a politically active, middle-class family, the future founder of Afrobeat was sent to London in his teens to train as a doctor. Instead, he enrolled in the Trinity College of Music; the beginning of a lifelong relationship with his chosen art form. 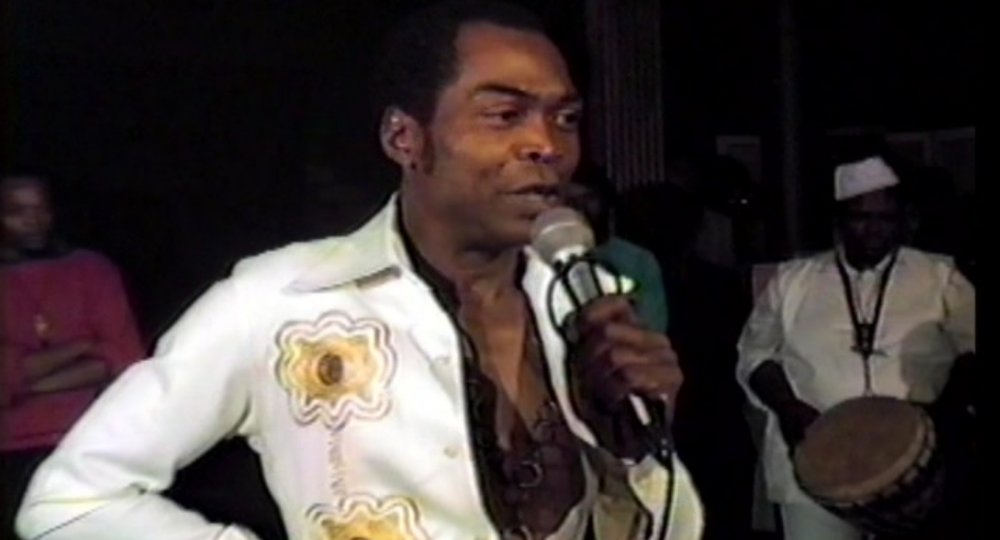 Back home, the revolutionary-minded Kuti (who at one point had 27 wives) endured a hostile relationship with the Nigerian establishment, who twice attacked his Lagos-based Kalakuta Republic compound. The second attack – involving 1,000 government-sanctioned soldiers – resulted in the death of his mother, and the destruction of the compound. After a brief voluntary exile in Ghana, Kuti was deported back to Lagos, founded his own political party, MOP (Movement of the People), and remained musically and politically active on a global scale until ill-health and the grind of the battle against military corruption stymied his output. He died from Aids-related complications in 1997.

Fela NYC: Fresh from Africa – shot in 1986, though completed in 2006 – finds Kuti back in the USA for the first time since 1969 when, after meeting Black Panther activist Angela Davis, he had first developed a strong political consciousness. Composed largely of intimate home video-style footage, Edward Jaheed Ashley’s film follows Kuti as he settles into Midtown’s Waldorf Hotel, situated directly opposite the ITT Corp building (ironically, the organisation satirised in his 1979 song ‘International Thief Thief’), then heads uptown to Harlem, to an anti-Apartheid concert in Giants Stadium, New Jersey, returning four months later to perform at Madison Square Garden. 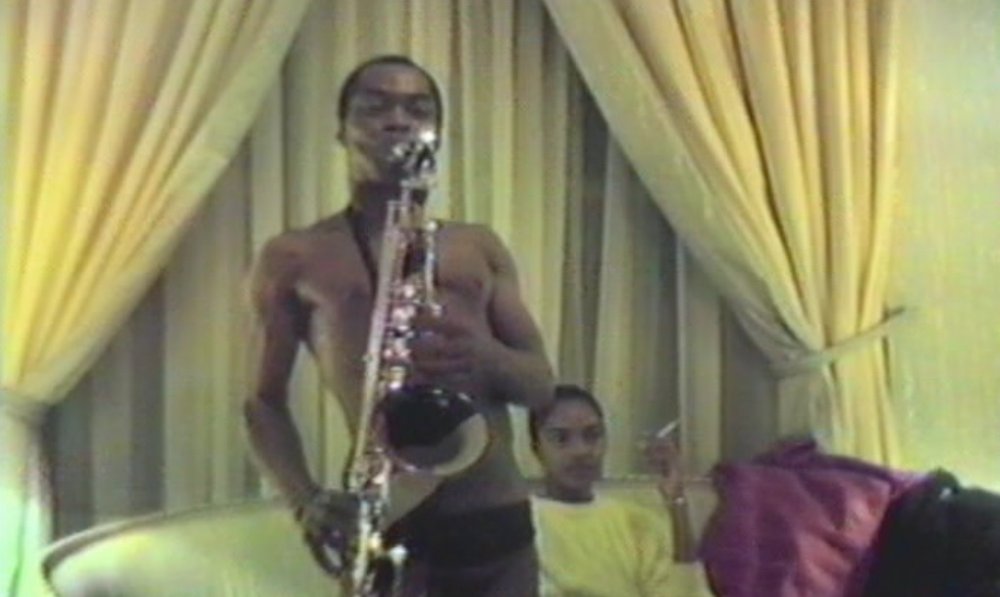 Distinguished by its rare footage, the film is further enhanced by the presence of venerable figures who pay tribute to Fela (“[a] veritable thorn in the flesh of corrupt Nigerian leaders”, remarks Dr Folato Ajayi-Soyinka, sister of writer Wole, and cousin of Fela), and supporting appearances by artistic luminaries including filmmaker Melvin van Peebles and jazz saxophonist Ornette Coleman.

Ashley’s film is also broadly revealing of a desire within sections of New York’s African-American community for the resurgence of African culture and leadership in a post-civil rights movement context. The filmmakers’ glee at capturing their subject at such close quarters is both clear and understandable, for Kuti had initially been due for arrival in New York in 1984. However, the victim of sham currency smuggling charges in his own country, Kuti had been in jail, and only released in 1986 after a change of government. 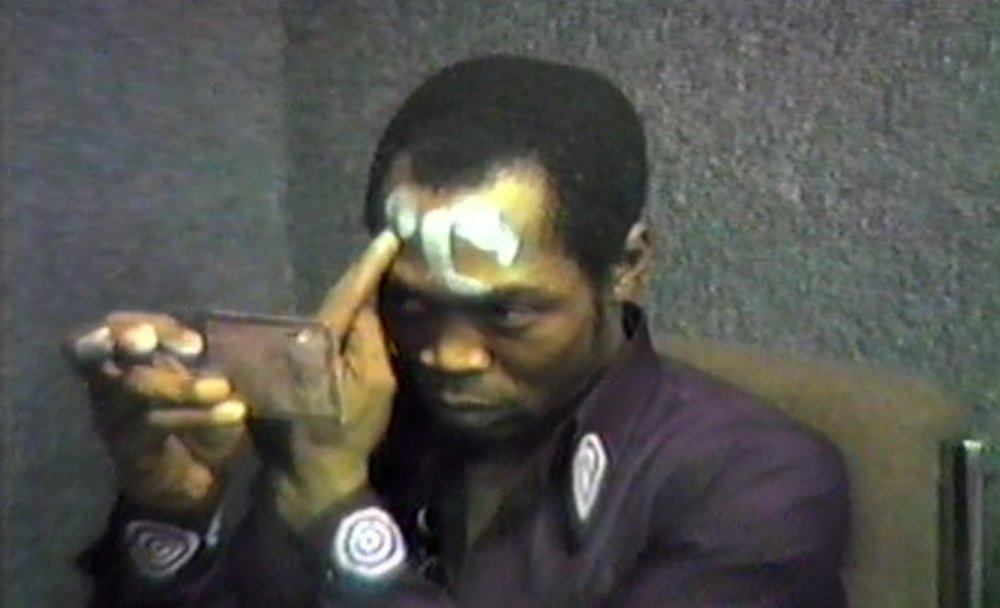 Further film on Kuti exists. A compelling documentary entitled Music Is the Weapon (1982) provides insight into his political ideology, and sets the scene in the singer’s Nigeria, offering exciting access to both his living compound and his nightclub-cum-church ‘The Shrine’. Meanwhile, Kuti’s pulsating live show (individual songs were known to last upwards of 40 minutes) was immortalised in Claude Lambert’s thrilling concert film FELA in Concert (1981), which captured the singer/tenor saxophonist and his band in Paris. 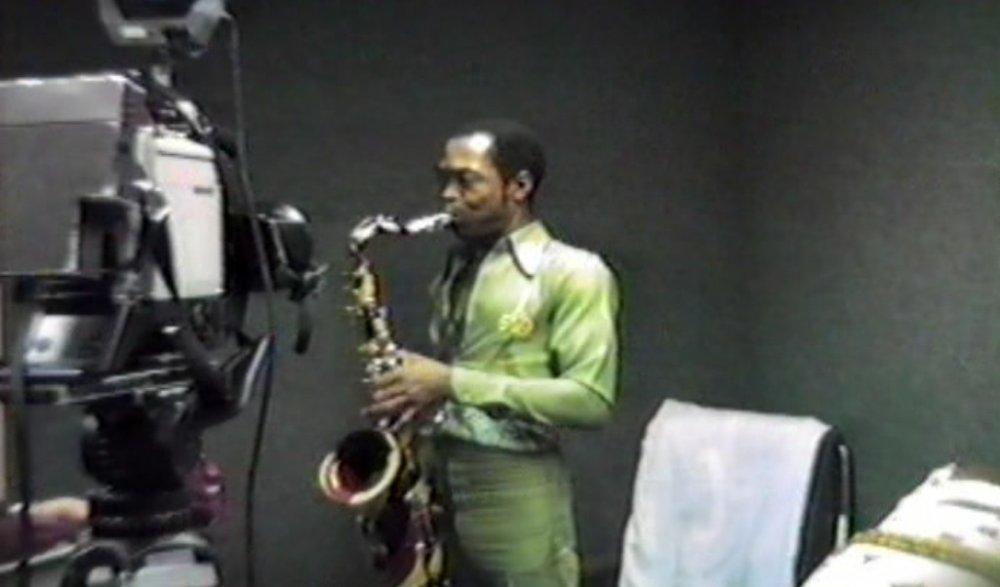 As fate would have it, Kuti made a further triumphant – albeit posthumous – return to New York City in 2009 in the shape of a wildly successful Broadway musical production, FELA! Following its Broadway run, it transferred in 2010 to London’s National Theatre.

While we await the lavish big screen treatment, for an arresting, immediate study of Kuti’s magnetism and global reach – not to mention the chance to see the great man playing saxophone in his underpants in a hotel room – Fela NYC: Fresh from Africa is a sound bet.