British film studio Ealing is best-known for its comedies, but – as curator Josephine Botting explains – several of its films dabbled in the fantastical. 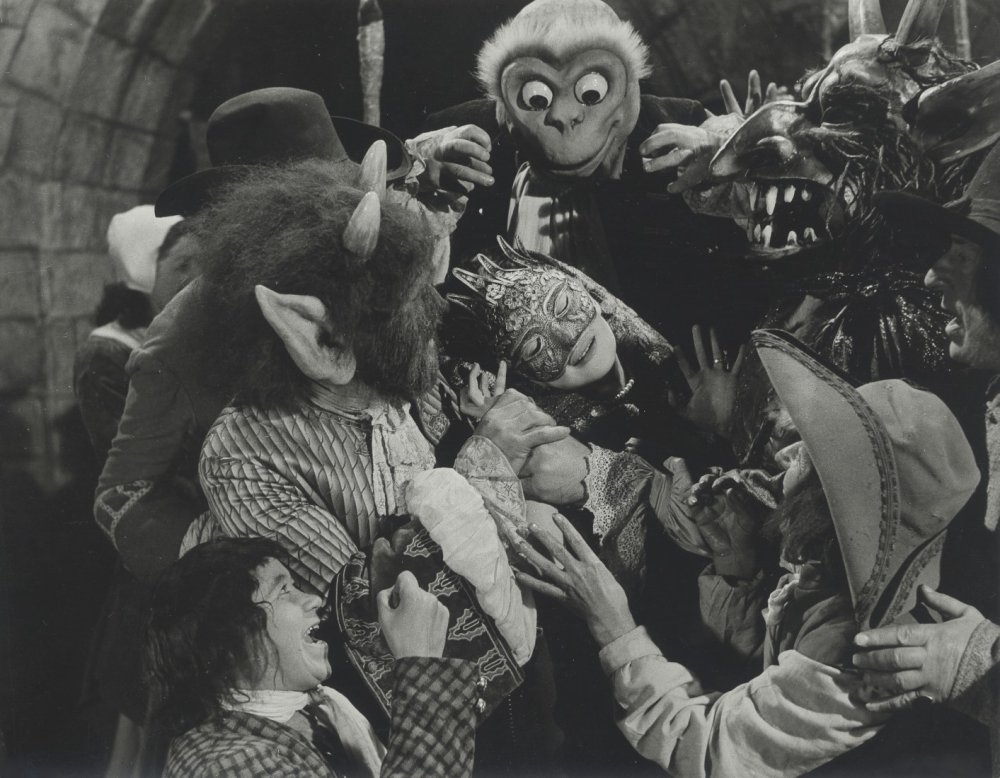 A huge, bloodshot eyeball fills the screen and screams are heard as the camera pulls back to reveal a hideous carnival mask with one eye and a twisted mouth. The streets are packed with frenzied revellers in gaudy costumes and masks of horses and pigs, skeletons and devils. A terrified woman, herself elegantly masked, struggles to make her way through the throng, as people all around dance wildly, to dizzying effect. Arriving at a house, she knocks desperately on the door, but is suddenly surrounded by a group of men wearing luridly coloured gloves, who mockingly join in her frantic hammering.

This could be a scene from a film by Hammer, Britain’s best-known horror producer. In fact, it’s from Saraband for Dead Lovers (1948), a lavish historical drama released by Ealing Studios. In most people’s minds, Ealing and comedy go together like fish and chips – inextricably linked and unashamedly British – but there is much more to the studio than comedy, as BFI Southbank’s two-month season aims to show. Melodrama, film noir and horror also feature, and alongside a number of realist films, the studio also used fantasy in several of its features. 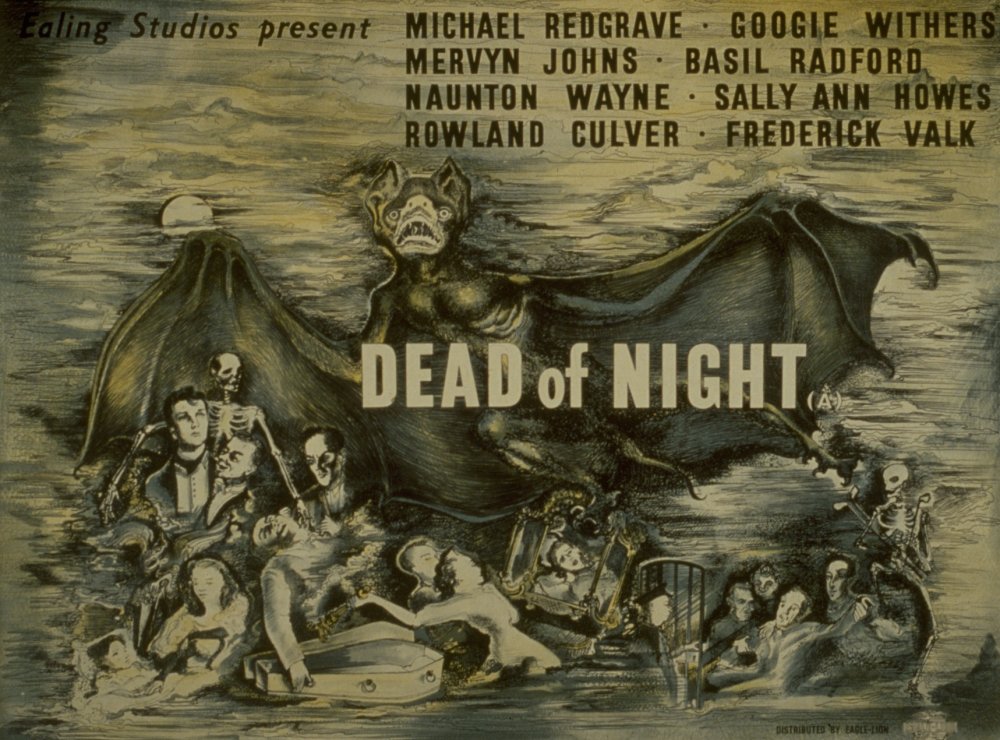 By the mid-1940s, audiences were growing weary of war films. Ealing responded by experimenting with more escapist fare. In 1945 the studio released Dead of Night, a portmanteau horror film comprising five short episodes with a linking narrative – a form that would become popular for the genre in the 1970s.

In Dead of Night, guests gathered at a country house each recount an otherworldly experience; the best remembered of these tales is ‘The Ventriloquist’s Dummy’, a nightmarish masterpiece which foreshadows Richard Attenborough’s 1978 chiller Magic. Ealing’s preference for realism means that the film is tempered by a ‘voice of reason’, in the form of a German doctor who is entirely unconvinced by the supernatural tales. 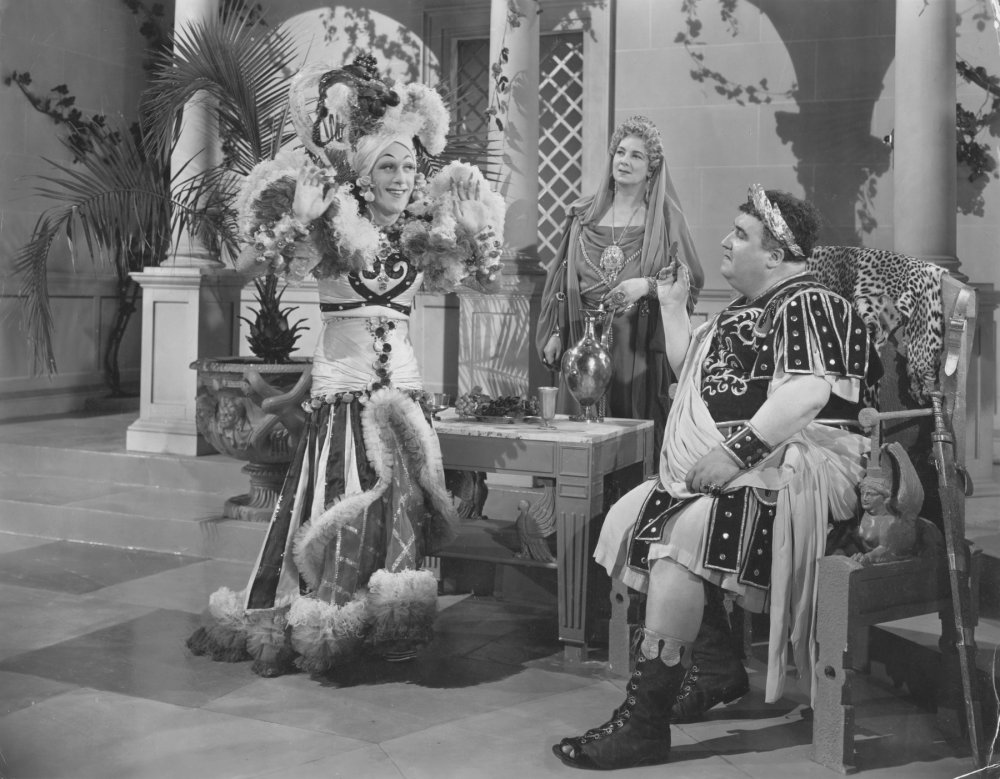 While this was Ealing’s only horror film, the studio made other excursions into fantasy, such as the time-travel comedy Fiddlers Three (1944). In it, comedian Tommy Trinder is transported back to Nero’s Rome, where he learns that even wartime privation is preferable to living under a dictatorship, as he narrowly escapes being thrown to the lions.

The Halfway House (1944) depicts a group of people, each troubled in some way by the war, who fetch up at an inn in the Welsh valleys. The tranquil location seems untouched by the conflict, but the guests gradually realise that neither the inn nor their hosts are quite what they seem, and the war is about to have a profound impact on all of them. The film combines comedy and the supernatural to show how each visitor finds a resolution to their dilemma, and the ending looks to a better postwar world.

Like The Halfway House, They Came to a City (1944) brings together people from diverse backgrounds and different walks of life and examines their hopes for Britain after the conflict. Based on a play by J.B. Priestley, the film is a more abstract fantasy, offering the characters the choice of living in a socialist utopia or returning to their old lives, a choice which reveals a great deal about the nature of class and privilege in Britain. 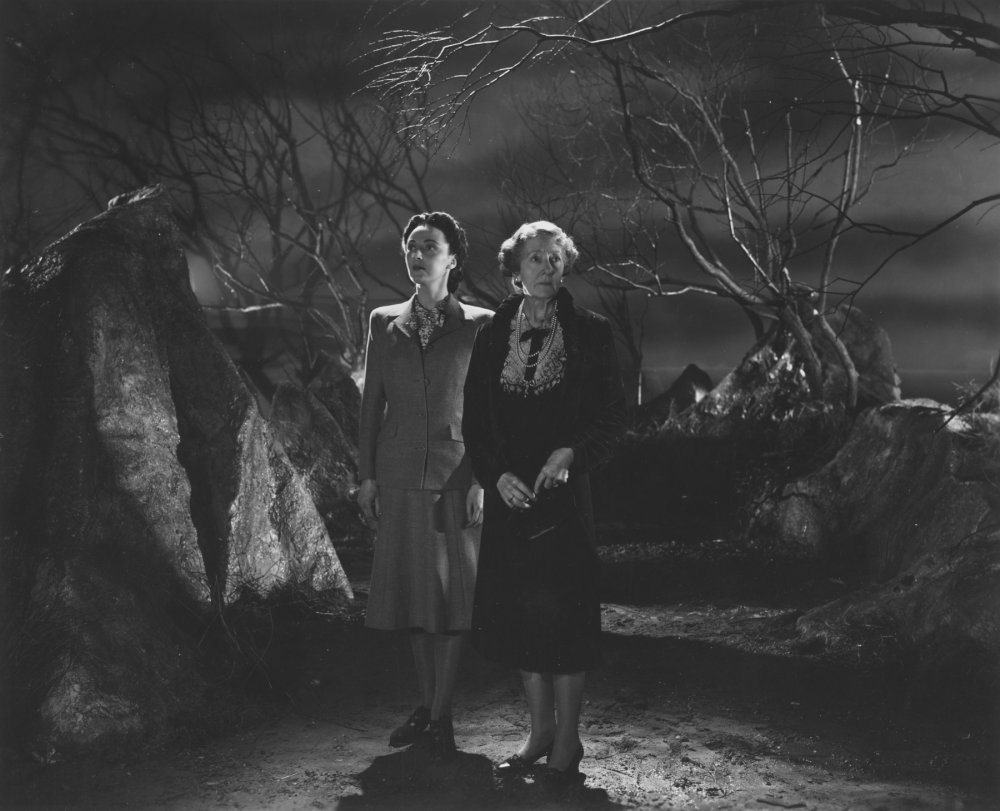 The film’s fantasy elements – Michael Relph’s stark cubist set, which creates eerie echoes; the fog and tangled trees surrounding the mysterious city – create an atmosphere unique in British cinema at the time. They Came to a City hasn’t been seen on the big screen for many years and BFI Southbank’s Ealing season will feature a brand new print made by the BFI National Archive especially for the occasion. The season is divided into Dark Ealing, exploring the studio’s serious side, and Light Ealing, showing their more lighthearted fare.

Surprisingly perhaps, these examples of fantasy tend to fall more naturally into the ‘light’ side of the studio’s output, while many of the comedies are much darker. But they undoubtedly fulfilled studio boss Michael Balcon’s aim to project “Britain and the British character”. Just as comedy was used to comment on life in postwar Britain, fantasy in these films was a means of exploring how society might deal with the scars of conflict.