F for Fake: all’s well that ends with Welles... 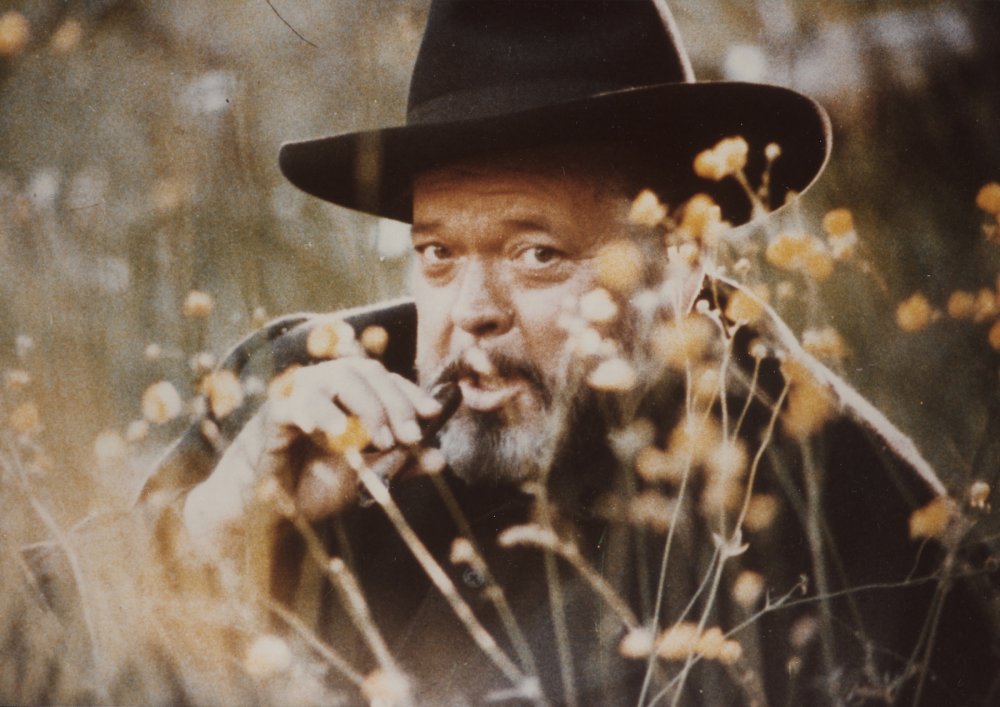 As the rest of the world recovers from the news that Citizen Kane (1941) has finally, after half a century at the top of the Sight & Sound critics’ poll, been knocked into second place by Vertigo (1958), this particular critic and programmer is nursing mixed emotions.

I’m delighted the Hitchcock movie fared so well just as BFI Southbank is embarking on its complete retrospective of his films, and even happier that we long ago chose Vertigo as the title we should revive in an extended run in September (Foresight or what?). But at the same time, it’s not my own favourite Hitchcock (for me, Psycho and The Birds are silver and bronze to The 39 Steps’ gold); moreover, I myself voted in the poll for Citizen Kane – albeit for the first time. Whenever I contribute to such a poll, I always include something by the great Orson Welles; it’s often been The Magnificent Ambersons (1942) or Touch of Evil (1958), though it could as easily be The Trial (1962), Chimes at Midnight (1966) or F for Fake (1975).

As it happens, F for Fake is another title we’re reviving in an extended run at BFI Southbank (And because it’s distributed by the BFI, it will play elsewhere around the UK too). In its own way, though far less well-known, the 1975 film is just as extraordinary as Kane. Throughout his career, Welles engaged with whatever medium he was working in at the time in a way that was both passionately enthusiastic and often groundbreakingly innovative. In theatre, there were his versions of Macbeth, Julius Caesar and The Cradle Will Rock; in radio, his (in)famous adaptation of HG Wells’s The War of the Worlds; in television, The Fountain of Youth. 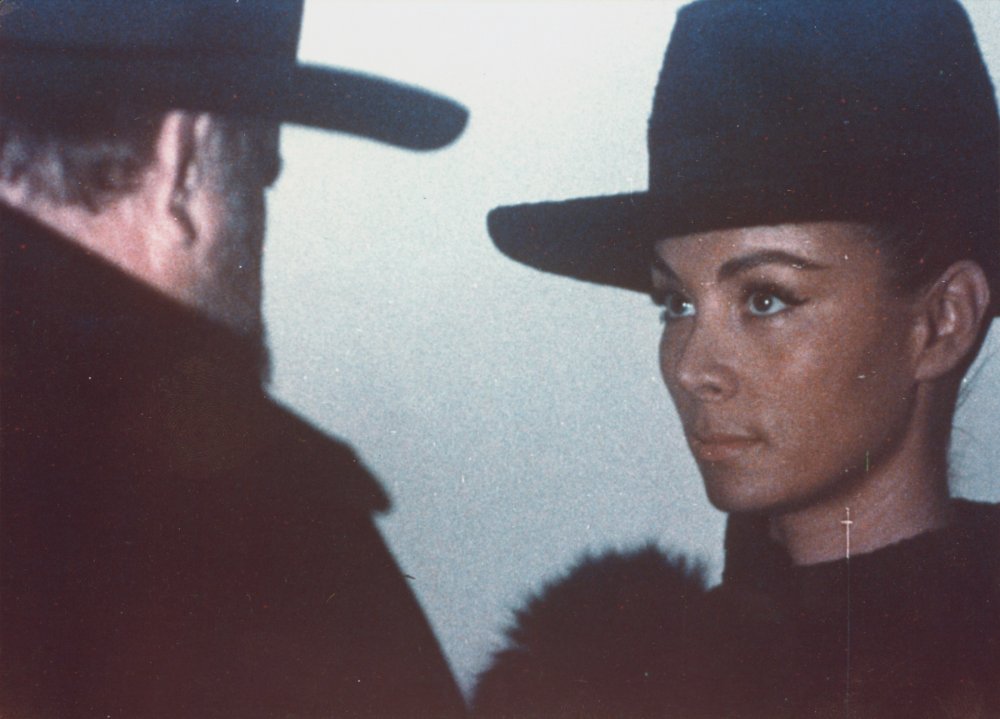 In film, while nearly all his work was highly inventive – and most of it quite dazzlingly so – Citizen Kane and F for Fake stand out as particularly successful attempts to transform the very nature of cinema. Just as Kane was probably the first film in which the final scene was more or less explicitly intended to make viewers feel they should watch the film again in order to get a better grasp of its meaning, so F for Fake was probably the first film to question, from start to finish, the veracity of everything it deals with.

A mixture of documentary footage shot by others (some of it featuring Welles himself), archive footage, photos, and footage Welles shot specifically for the film, F for Fake offers as its ostensible subject a scandalous case concerning dubious authorship: Clifford Irving’s allegedly bogus biography of his friend Elmyr de Hory, himself best known as a forger reputedly responsible for many of the world’s most prestigious paintings.

But Welles being Welles, for whom form and content were always closely connected, the subject is also Orson himself, and his own controversial history as an artist and/or charlatan. With its wholly fresh approach to the role played by editing in the building of a narrative, and a sly, quizzical attitude that anticipates Abbas Kiarostami’s claim that in order to get at the truth an artist has to tell lies, F for Fake is as exhilaratingly witty, mischievous and imaginative as it is philosophically profound. 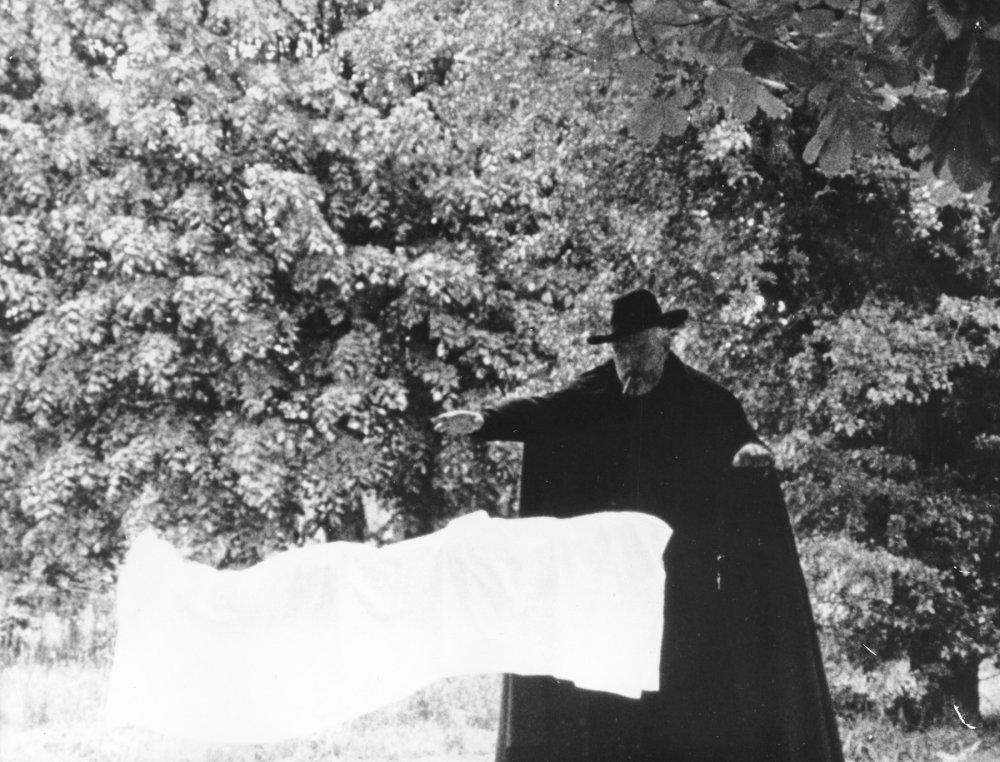 It’s also, perhaps, the first real ‘essay film’ – though as Welles, a magician, would remind us, we must beware, in this and indeed any other context, of that word ‘real’. Besides, this particular movie is considerably more than ‘an essay film’; it’s one of those rare, very welcome films which are impossible to categorise, which may explain why it was widely misunderstood when first released. (Let’s not forget that Welles was by then, for many, not the man responsible for some of the finest achievements in the dramatic arts of the 20th century but the owner of the distinctively rich voice heard in TV commercials for alcoholic beverages and frozen foods.)

I first caught it during its opening run at the tiny Essential Cinema in Soho’s Wardour Street; it thrilled me, but if memory serves there wasn’t much of an audience to share my enjoyment with. The film was ahead of its time; now, thank heavens, it’s acknowledged by many critics and film historians as Welles’s last masterpiece. But it’s never been as visible as it should have been, and it still deserves to be far better known. Who knows? If enough people see it, maybe 10 years from now it will make it into the next Sight & Sound top 10!

F for Fake is rereleased nationwide on 24 August.