Ealing: Light and Dark – an introduction

With our two-part Ealing: Light and Dark season now underway, season curator Mark Duguid explains why there’s more to Ealing than its comedies. 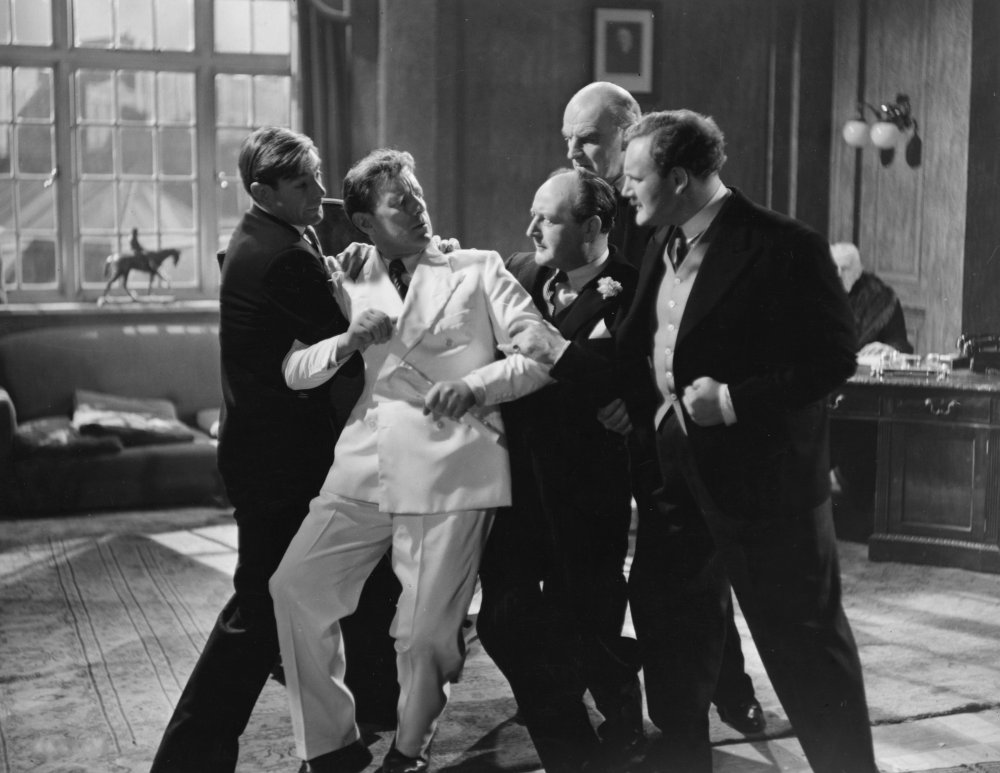 The Man in the White Suit (1951)
Credit: STUDIOCANAL Films Ltd

It’s some 30 years since the BFI’s last major retrospective on Michael Balcon’s great Ealing Studios. So when the idea came up, more than three years ago, to revisit Ealing, it wasn’t hard to make the case in favour. It didn’t hurt that 2012 marks the centenary of perhaps Ealing’s most gifted director, Alexander Mackendrick, while the preceding two years saw the centenaries of three other key Ealing directors: Charles Crichton (b. 1910), Basil Dearden and Robert Hamer (both b. 1911).

But having decided we wanted to ‘do’ Ealing again, we weren’t sure how. We knew, of course, that we would want to show the classic comedies, but we were keen, too, to demonstrate that there was much more to Ealing than ‘just’ comedy, and we wanted to put some less familiar Ealing films back on the big screen, where they belonged.

The dark side of Ealing first emerged in the early war years, in films that dared to imagine military defeat (The Next of Kin, 1942) or invasion (Went the Day Well?, 1942). As the war ended, darkness found full expression in Ealing’s one and only horror film, the anthology Dead of Night (1945).

But the dark Ealing story embraces other, just as untypical Ealing titles: the Technicolor historical romance Saraband for Dead Lovers (1948), the stylish conspiracy drama Secret People (1952), the Euro-noir Cage of Gold (1950), the semi-supernatural crime saga The Ship That Died of Shame (1955), and the underworld thriller Nowhere to Go (1958), which aimed to be the “least Ealing film ever made”. 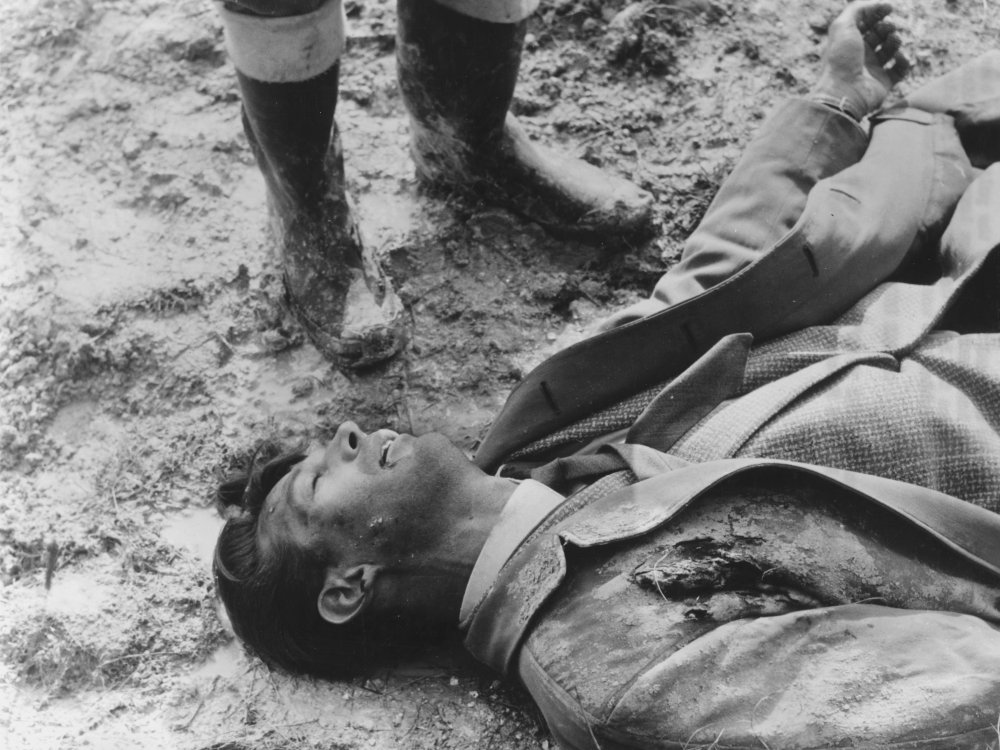 There are dark films even among the comedies – the elegant multiple murder of Kind Hearts and Coronets (1949), the ruthless satire of The Man in the White Suit (1951) and, perhaps blackest of all, The Ladykillers (1955). But the highlight of our Dark Ealing programme is Robert Hamer’s It Always Rains on Sunday (1947), a compelling thriller that richly evokes an East End struggling with austerity, poverty and shattered dreams. Now digitally remastered by the BFI National Archive, it is at last being recognised as one of the great British films of the 1940s.

On the ‘Light’ side, by contrast, sit some of the most joyous and life-affirming films ever to emerge from these rainy islands. That’s the comedies, of course: from the high-spirited, crimefighting boys and girls of Hue and Cry (1946) to the mild revolutionaries of Passport to Pimlico (1949), the unlikely bank robbers of The Lavender Hill Mob (1951) and the amateur railwaymen of The Titfield Thunderbolt (1953).

But there’s a different kind of Light Ealing in the morale-building, nation-uniting war films: The Proud Valley’s brave miners, the fearless volunteer firefighters of Blitz-torn London in The Bells Go Down (1943), the heroic oil tanker crew of San Demetrio London (1943), the fantastical Halfway House (1944).

Of course, the Light/Dark division isn’t perfect. There was much debate about where to place some titles. Dance Hall (1950) has its share of gloom, but also a youthful zest that was rare at Ealing in the 50s. The Will Hay/Claude Hulbert comedy My Learned Friend (1943) has a maniacal killer and a plot that in some ways prefigures Kind Hearts and Coronets and The Ladykillers, but is played with such high spirits that it didn’t seem to belong in ‘Dark’.

The most contentious were exploration epic Scott of the Antarctic (1948) and the sometimes tough police drama The Blue Lamp (1949). Both are films with tragedy at their heart, but they’re also films that offer a celebratory vision of noble, courageous Britishness. Those qualities, for us, were enough to drag them in to the ‘light’ category. Others, of course, might disagree. 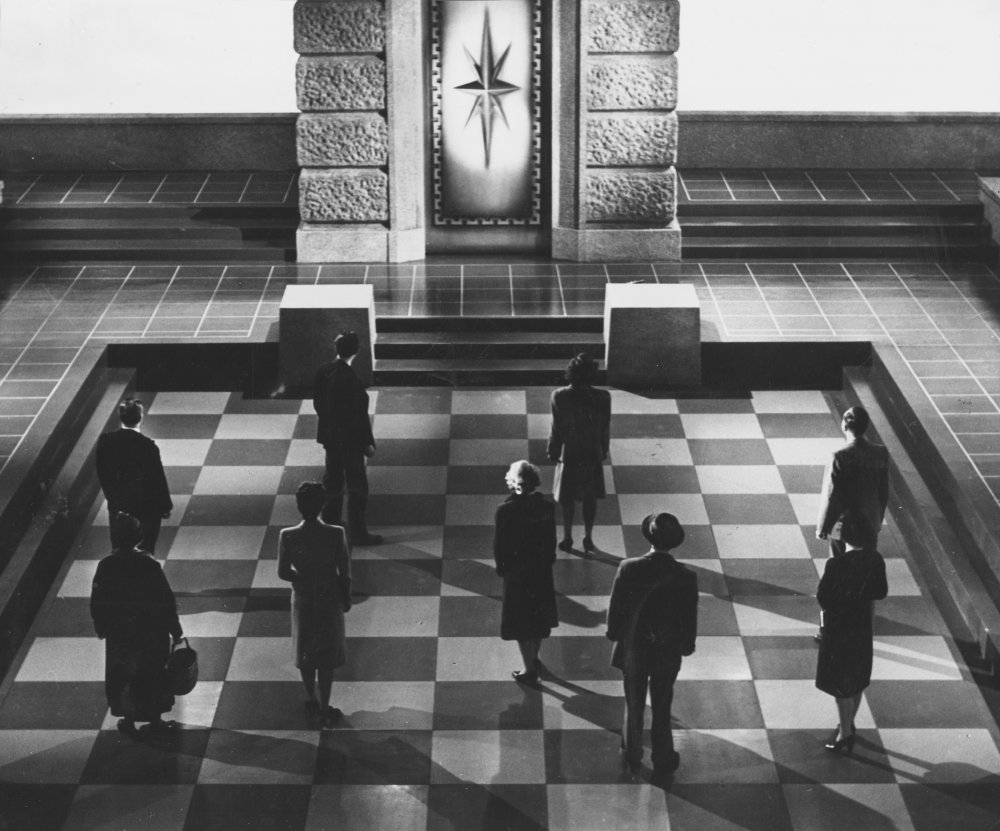 And then there’s one of Ealing’s most unusual experiments. In They Came to a City (1944), a disparate group of Britons are transported to a mysterious walled city, which ultimately reveals (to the characters, but not to the audience) a vision of the future – paradise or hell, depending on the class and politics of the beholder. Written by J.B. Priestley, it’s a one-of-a-kind film that captures the utopian dreams of a better society swimming around at the end of the war, and a reminder of a less jaded time than our own.

Michael Balcon’s studio released 95 features (and 30-odd short films – but that’s another story) in its 21-year span, but the public memory of Ealing has for too long rested on just a small sample. The full range of Ealing – light, dark and all shades in between – is ripe for rediscovery. Starting now.