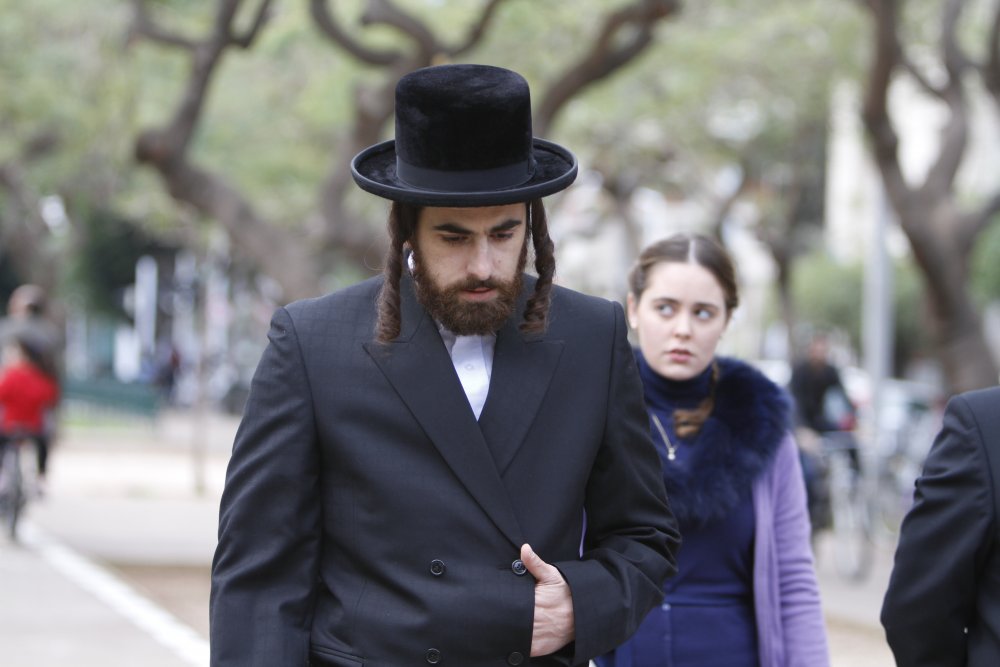 Rama Burshtein’s debut feature Fill the Void is a spellbinding love story set within an orthodox Hasidic community in Israel. In the opening scene, 18-year-old Shira (Hadas Yaron) and her mother peer around the aisles of a Tel Aviv supermarket to get a sneak peak at the man Shira is due to marry, a man Shira herself has not yet met.

Films about strictly regulated religious communities, and arranged marriages, are conventionally about entrapment, and the need to escape and to experience love on its own terms. Burshtein, herself a Hasidic Jew, has something more unusual and perhaps more controversial in mind. Fill the Void is a film about religious life made from the inside, an often rapturously beautiful explication of lives ruled by duty and ritual but still reverberating with passion and pain.

Burshtein’s film is lit in a luminescent golden light which gleams off the faces, clothing and ornamentation of this exotic world. But for a mobile phone here, a supermarket there, most scenes could be taking place at any point over recent centuries, so little of this custom-bound way of life has changed. Yet while this striking first film is valuably authentic and fascinating in its otherness, it’s as a delicate map of a young woman’s conflicted heart that Fill the Void resonates. 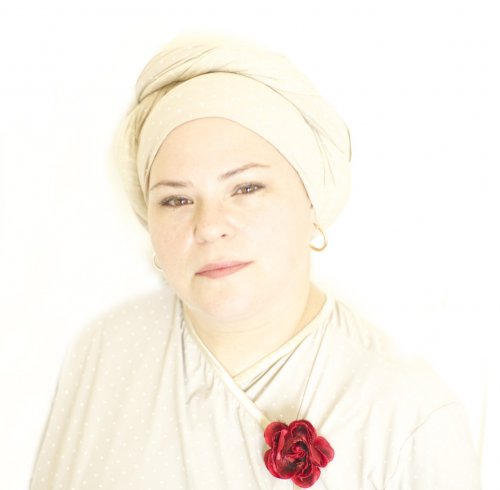 None of the characters in the religious world of Fill the Void seem about to pick up a movie camera. How did you first get into filmmaking?

I was not always religious. I was born in New York, and grew up in Israel, outside of Tel Aviv. I was totally secular, my parents were totally secular. I went to study film in Jerusalem Film School, a good school. Then a few months later I became religious, after graduation. And got married, had four kids – three boys and a girl. I was working very hard having this family. And I was a teacher. I taught cinema to girls, within a religious school. And I was doing films, there was an industry of films in the orthodox world that’s all women, only women, made for women. Very interesting because it’s developing very fast. We’re funding ourselves, nobody’s giving us money. It’s very commercial: we have to make the money back. So I’ve been doing that for quite a while, and this is my first film.

Where did the idea for the story come from?

I was sitting with a friend at a wedding when a beautiful girl of 17 years old came to the table, and she was wearing a lot of jewellery, which meant she’d just got engaged a minute ago. My friend was congratulating her, and then she went away. And my friend said, “You see her? She’s about to marry her late sister’s husband.” It really blew me away. So the whole wedding I was turning it over: how do you do it? Is it love? Is it duty? What is it? So I researched it, spoke to a lot of women who got married like this. It was fascinating. And at the end of the research, it seemed very natural. I didn’t even think there was a drama there, as it made so much sense. But I knew there was a film there, I knew there was a story. And the story is built from all this research; it has nothing to do with a specific case. But it sounded like a really complicated way to look at a Jewish love story.

How many of the actors are from the orthodox community?

All the extras are from the community. All Hassidic, so we had no beards glued to their faces. There’s only one actor who is Hassidic, and he’s the matchmaker. All the rest are secular, professional actors. The girl is very young. Between the ages of 18 and 20, she was in the army; she was still in the army when we cast her. She didn’t really get the chance to learn acting, though she’d learnt a bit in high school. So she was a non-actor, but she’s amazing. Who am I to say she is amazing? The world is saying she’s amazing! It was very interesting combining the two worlds. 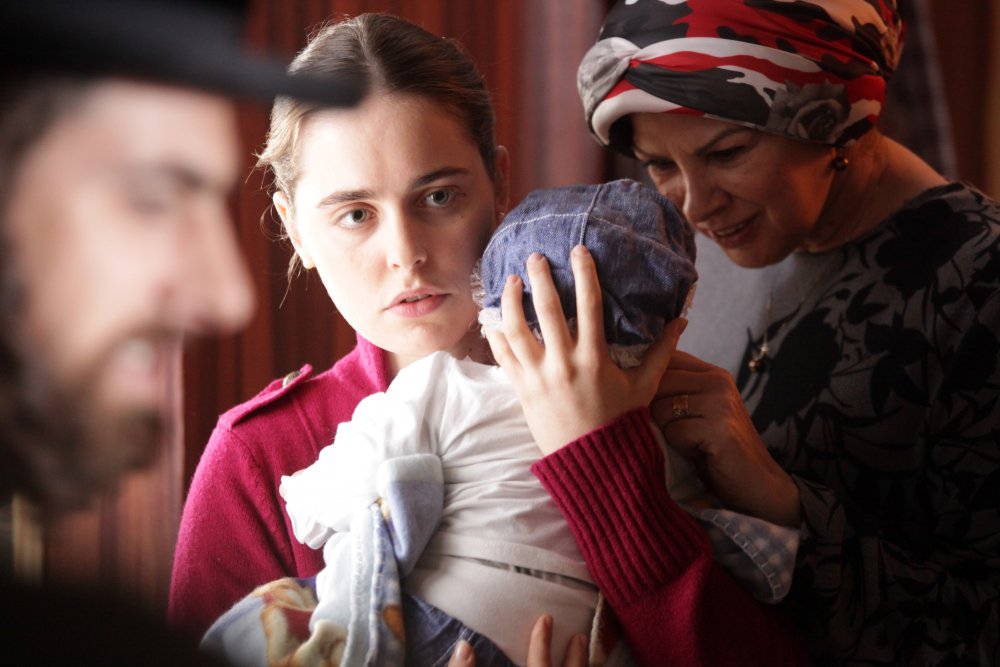 A few elements aside, it’s often difficult to place the time period of the story. Was that intentional?

Yes. Some people have criticised that, as if I’m not dealing with [contemporary] problems. Two things: usually every film that’s done about the Jewish orthodox world, it’s always about someone from the inside trying to get out, or someone from the outside trying to get in, as if the drama of that world is not strong enough. I felt this was not true. It’s an amazing, fascinating, 3000-year-old world and the drama itself is strong enough. I’m putting it out there in a secular place without dealing with it, without touching it, just saying it’s like a bubble. It was shot to have the look of a fairy tale. You can’t even say when it’s happening, because of the way they dress, and the colours and the frames. For me it’s an option in this world under everyone’s nose. [The people in this Hasidic community are] not trying to build a bridge [to the secular world]. It’s an option that is there and they have the right to just be there.

Most films about strict religious conventions and arranged marriages are about escape. Yours is more accepting.

I wouldn’t call it accepting, I’d call it excited. I think my privilege is that I was not always religious, I chose that way of life. What made me choose that life was the way that Judaism unfolds the enigma of a relationship between a man and a woman. This is what touched me. Even in this film, nobody is forced to do anything. If you look at the film, it’s not about forcing. She has to make her choice. They can suggest it and suggest it strongly but nobody’s going to force her; you’re not allowed to force [someone] in Judaism. That’s the first thing. Second is I believe in restraint. I believe that the magic and the sexiness and the electricity is when it’s not happening, not when it’s happening. When it’s happening, there’s something else happening, maybe love. Passion is about something you lack. Once you have it, it’s a different thing. It’s not the anticipation. 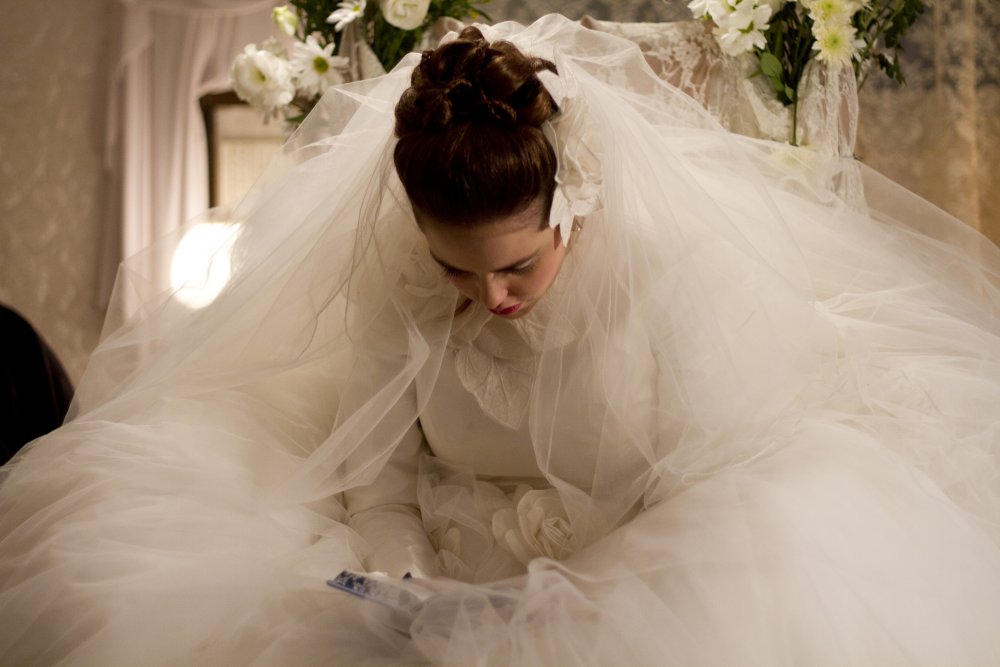 The cinematography is very beautiful: all that light gleaming off surfaces. How did you arrive at that look?

It started by having the privilege to work with this genius, amazing director of photography, Asaf Sudri, who is a really extraordinary photographer. Doesn’t do much, doesn’t work enough, doesn’t want to – so I was very happy that he wanted to work with me. In Israel, in Tel Aviv, the apartments are old, but not historically old. There’s nothing nice about the apartments, just regular rooms. I did want [the film] to be a bit of a fairy tale. I wanted to go into a nothing and make it look like a something, and he was the one to do it.

It’s the clothing, the way they dress and the colours, it’s the framing and the lighting. He works with a lot of pantyhose on the camera, on the lenses, so everything is really glowing and soft. So I cannot take credit for it. It’s his credit.

Is there a religious dimension to all this white light glowing over everything?

I didn’t think about a religious element, I was thinking about beauty. I just knew that it’s a beautiful film. That’s the way I feel it.

I’ve read the film described as a romantic comedy. Would you agree?

A comedy, no. The producer always says, maybe it’s a romantic tragedy. But it’s not a romantic comedy. It’s a love story, and there’s humour there. The real location is the heart of the woman. You go inside her heart and try to see what she feels, you try to figure out what’s going on with her, with that child who’s becoming a woman. It’s good that there’s humour. I cannot live without humour, so it has to be there too. But then there’s a lot of tragedy going on there, a lot of tears – inside tears, real tears.