Dreams in the dark: Hollywood Costume

Hot on the heels of the opening of the V&A Museum’s major exhibition Hollywood Costume, Claire Smith looks at a highlight from the BFI’s costume collection. 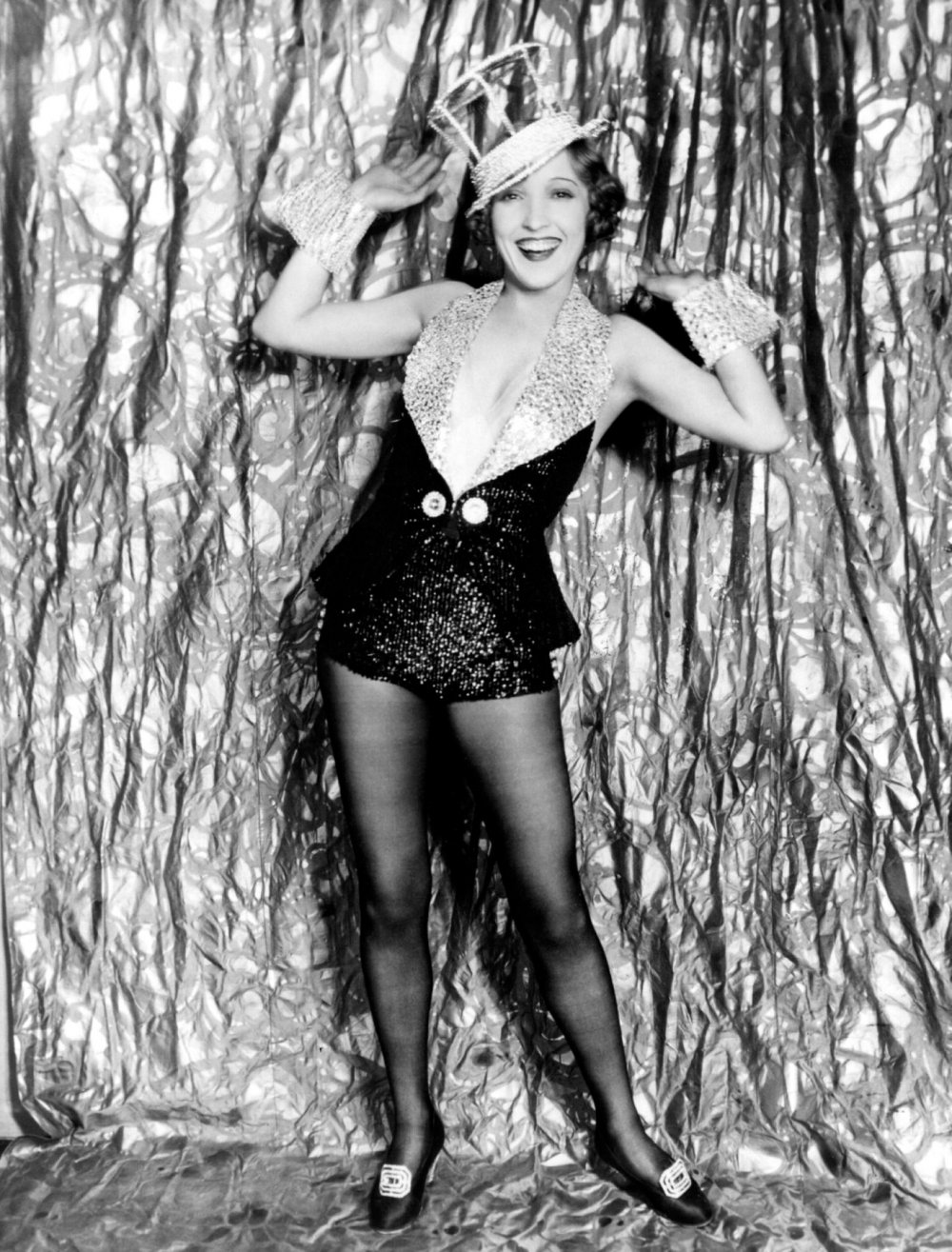 The national collection of film costumes, currently cared for by the BFI, is one of the largest public collections of film costumes in the world and represents the work of many major costume designers such as Edith Head, Ellen Mirojnick, John Mollo and Sandy Powell.

Some of these are currently on display in the V&A’s autumn exhibition, Hollywood Costume, which celebrates the extraordinary world of costume design for Hollywood film. The BFI were lucky enough to take a sneak peek at the exhibition, which follows the enigmatic process of a costume designer from script to screen. Taking us on a journey through 100 years of film, it places us in the shoes of the costume designer, allowing us to interpret the script through their eyes, and watching as two-dimensional ideas are transformed into multi-faceted narratives in cloth that wrap around the character.

The exhibition also examines a number of key collaborations between designers and directors, and for Hitchcock fans it’s particularly exciting to see Kim Novak’s green ensemble from Vertigo (1958) and Tippi Hedren’s green suit from The Birds (1963), supported by interviews with arguably one of the greatest costume designers, Edith Head, on her long-term collaboration with the feted director. 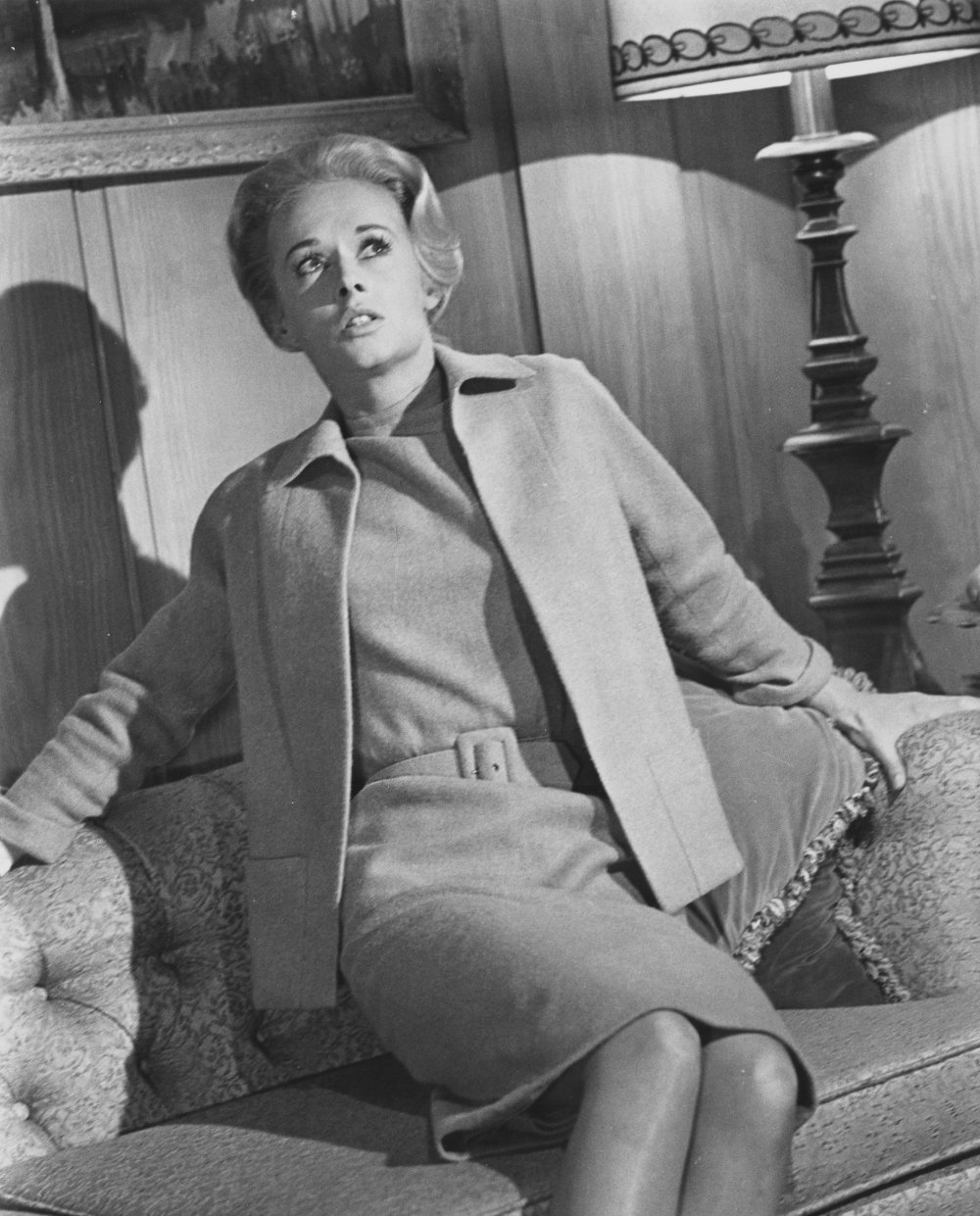 Edith Head was responsible for the distinct mixture of magic and camouflage, style and subtlety, that we now associate with Hitchcockian costume design. But Head could just as easily turn her attention to the glamour of Hollywood musicals. Shortly before embarking on her collaboration with Hitchcock, Head was part of a team of designers on Lady in the Dark (1944). 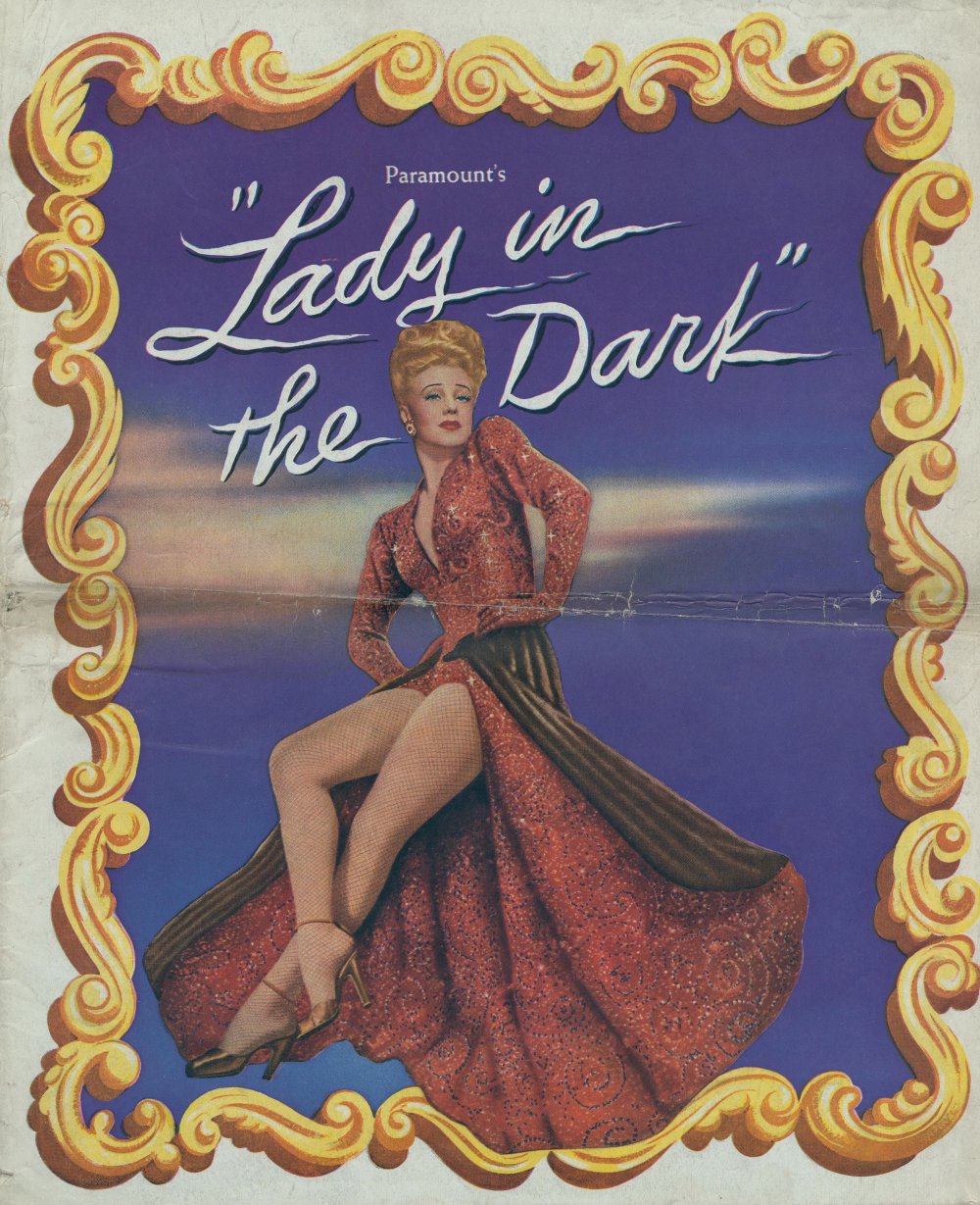 Based on the musical by Moss Hart, Lady in the Dark tells the story of the editor of a fashion magazine, Liza Elliott (Ginger Rogers), with a fierce reputation but a troubled subconscious, who seeks her way out of a romantic impasse by relating her dreams to a psychoanalyst. The inspired designs for the film came from the collective drawing boards of Edith Head, renowned ballet designer Mme Karinska, Academy Award-nominated art director Raoul Pène du Bois, and the film’s director, Mitchell Leisen.

A series of elaborate dream sequences provided the perfect showcase for their talents. For ‘The Blue Dream’, Head designed a gown in the colours of the ocean, with clouded silks in shades from aquamarine to deep blue, scattered throughout with sequins and imitation sapphires. For ‘The Wedding Dream’, Raoul Pène du Bois created a wedding gown inspired by medieval dress but created in a billowing pale pink mousseline de soie. But it was ‘The Circus Dream’ that caused audiences to hold their breath, where Liza dances in a mink and sequinned bodice and train, complete with mink bolero. 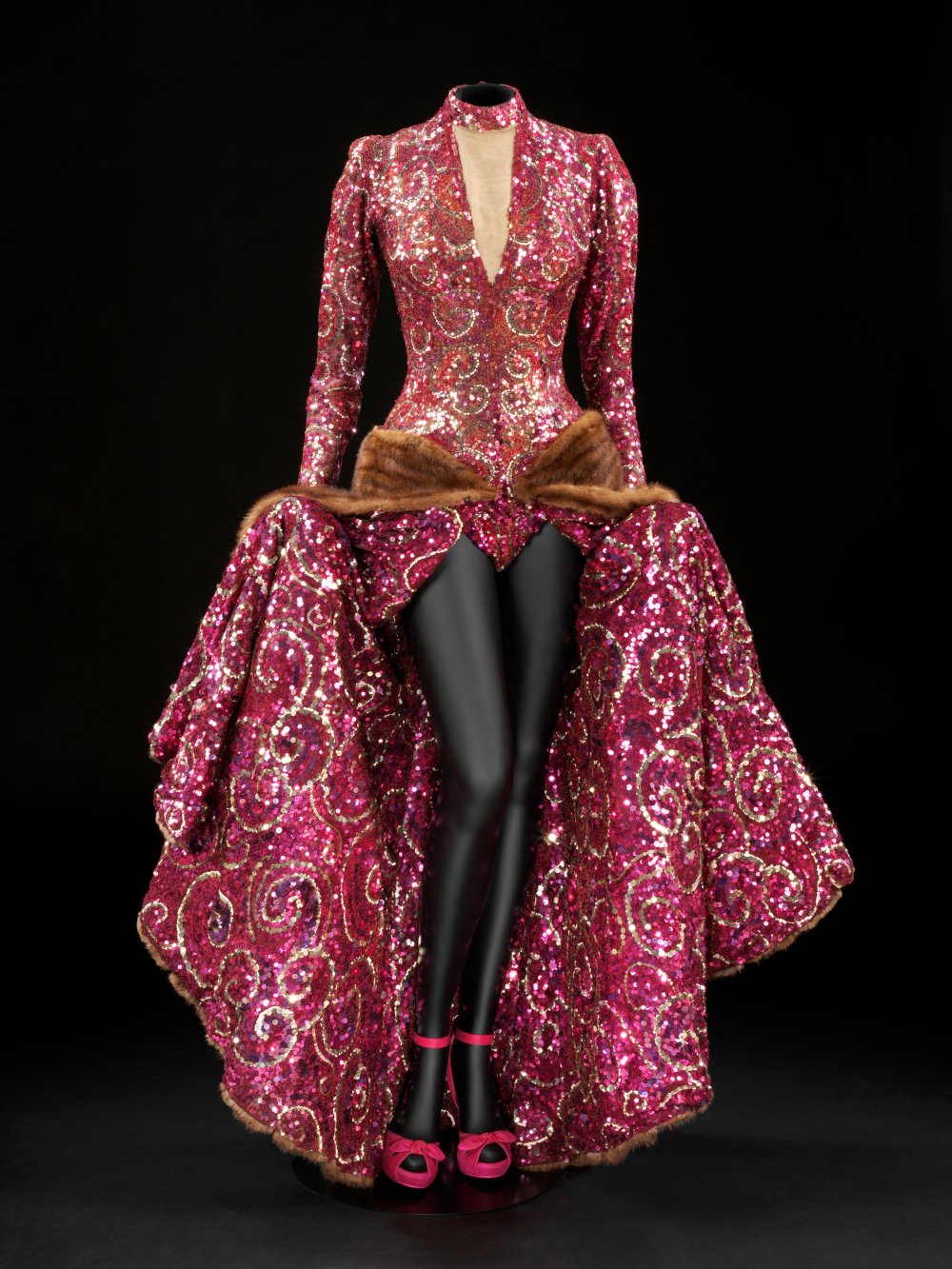 The bodice (cut to deep points in the skirt), the gloves and the lining of the skirt are in swirling veins of red and gold sequins. 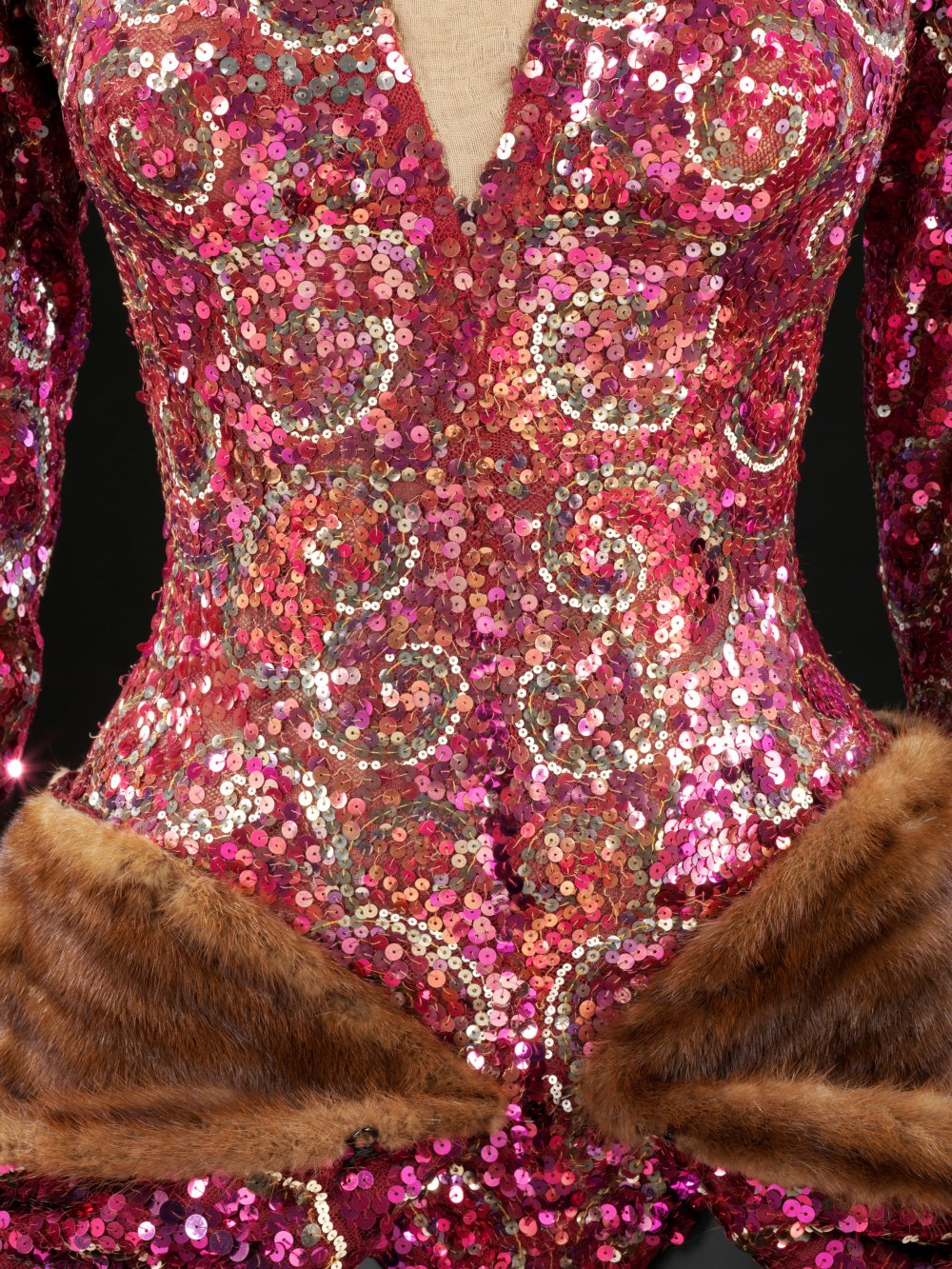 Publicity at the time credits Leisen as the designer, although Ginger Rogers always maintained that it was Head. Possibly the combined vision of the two, the costume for ‘The Circus Dream’ played a central part in the accompanying publicity, with Rogers captioned as the ‘minx in mink’ and publicists proudly declaring these some of the most opulent and expensive costumes ever created for film. ‘The Circus Dream’ ensemble alone cost £2,080, a figure that would have been even higher were it not for the reuse of rental furs from the costumier for some of the hundreds needed.

But more importantly, the costumes in this film are a tour de force in storytelling. Liza must move between the worlds of fashion and fantasy, while also relinquishing some of her inhibitions in the process. Her clothes act as a second skin through which she projects her identity, moving from protective envelope to a carrier of romantic messages.

For her opening sequences as fashion magazine editor, Rogers appears in sharp tailoring with an accent on severe, uncompromising lines. The dream sequences are exercises in seduction and glamour designed in strict contrast to Elliott’s outward projection of precision and control. But in true Head style, the biggest revelations come through the smallest details, and it’s in the transformation of Elliott’s everyday dress to sheer fabrics, soft ruffles and suede textures that we find the true trajectory of her character.