Delving into the Ken Loach archive

Cataloguing work has begun on the archives of film director Ken Loach. The collection, which spans Loach’s entire career, was given to the BFI in September 2011, coinciding with our retrospective of Loach’s films in celebration of his 75th birthday. 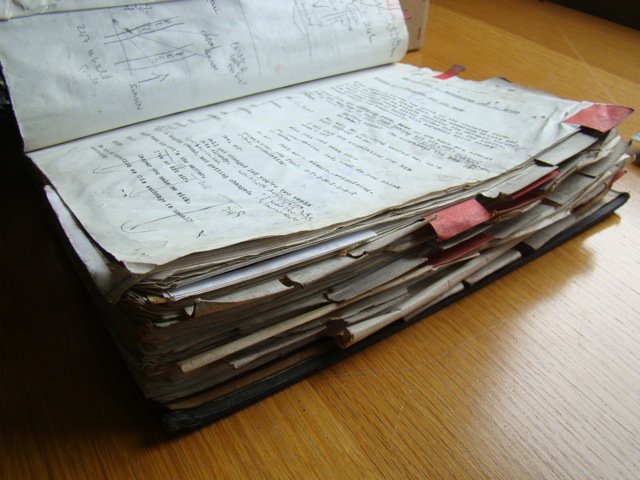 It’s a one-year cataloguing project, made possible through a grant from the Esmée Fairbairn Foundation, though we’ll be making the collection available bit by bit as we go along. The first batch of files will be accessible to view in the BFI Library from the autumn, but we thought we’d share a sneak peek into some of the riches of the collection…

This annotated continuity script was created by script supervisor Penny Eyles for the shoot of Loach’s Kes (1969), the classic tale of a young boy’s friendship with a kestrel. It came to us with attached notes, Polaroid photographs and strips of negatives. The script requires conservation work that will maintain the context of the components, while enabling access to the contents. Taken together, these elements provide a tantalising insight into Loach’s on-set practices.

So far, the cataloguing has been completed for the film and television projects that Loach directed during the 1960s and 1970s. One of the most interesting things we’ve discovered so far is the script for Catherine, the programme that launched Loach’s TV career. It’s the story of a woman living on her own after the breakdown of her marriage, and – since the film itself is lost – this camera script from 1964 is a precious record of an early Loach work that we’ll probably never see. 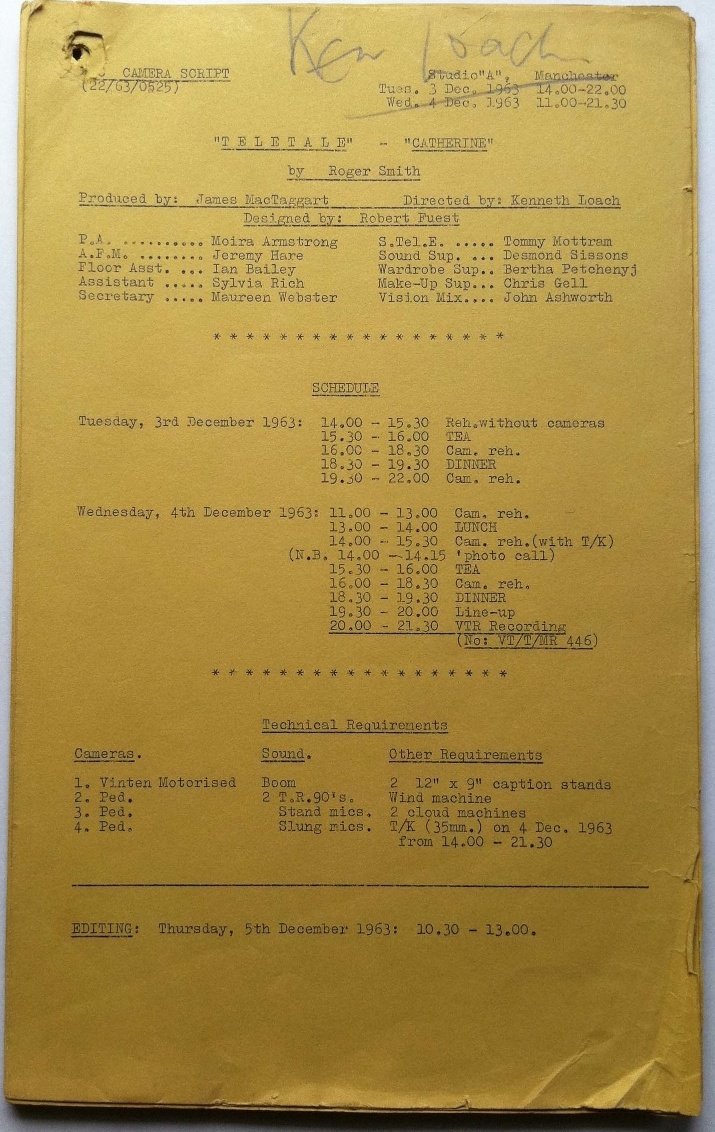 There are also papers relating to a lesser-known television production called A Misfortune (1973), made for the programme Full House, in which Loach brings together two of Chekhov’s short stories, ‘The Huntsman’ and ‘A Misfortune’, into a single film. The resulting production develops themes and perspectives not immediately apparent in Chekhov’s originals: it shows, for example, several glimpses of the servants’ work that underpins the lives of the main protagonists. The document below (c. 1972), written in Loach’s own hand, shows a sequence breakdown on the left hand side, with the director’s additional comments on the right. 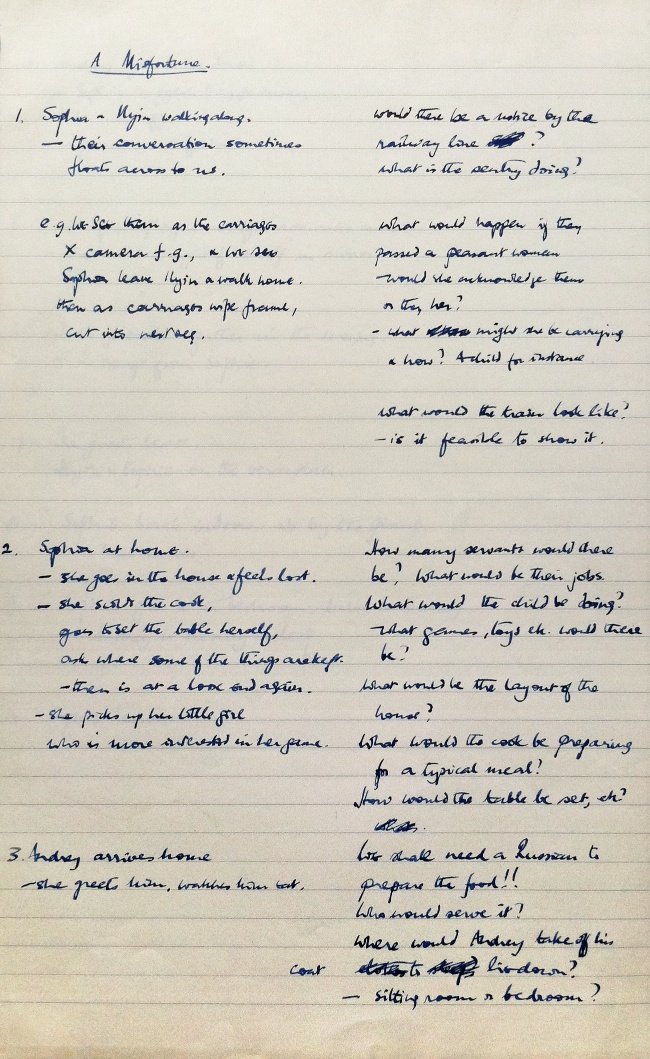 We’ve now fully catalogued all the material relating to Loach’s film work during this period, which included Poor Cow (1967), Family Life (1971), Black Jack (1979) and Looks and Smiles (1981). The papers for Loach’s films show the efforts with which he undertook planning and research, both on a theoretical and practical level. For instance, the typed notes on hawk training below were part of the detailed pre-production work undertaken for Kes. It’s not known whether these were used purely for research or if they formed the basis for the scene in which Billy explains falconry to his classmates. 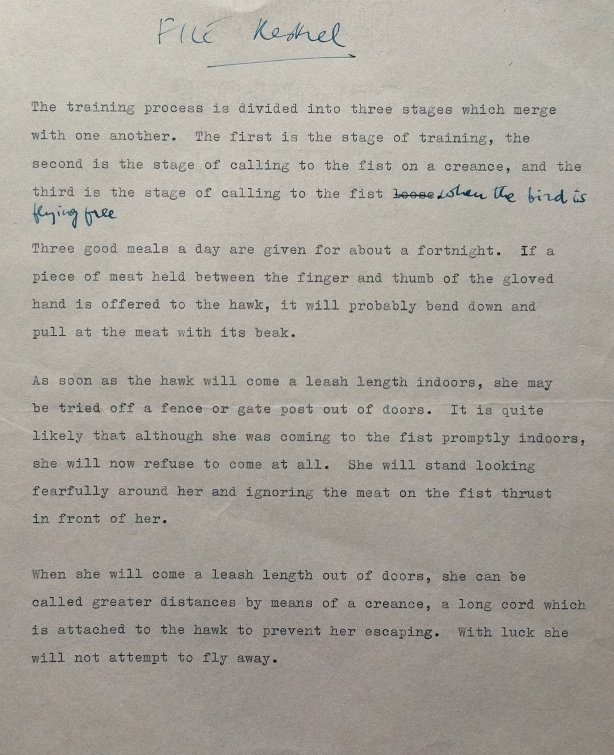 The collection is being arranged according to the different phases of production that take place during the filmmaking process. As well as scripts, photographs and research papers, there are press cuttings and correspondence, and documents regarding location planning, casting, production scheduling, music, budgeting and distribution – all of which gives a perspective onto Loach’s method, as well as into the collaborative nature of his film work.

We’ll leave you with one final highlight for now: Loach’s notebook from 1967-68, at the time of The Golden Vision (1968), a comedy-drama about Everton supporters made for the weekly BBC series The Wednesday Play. 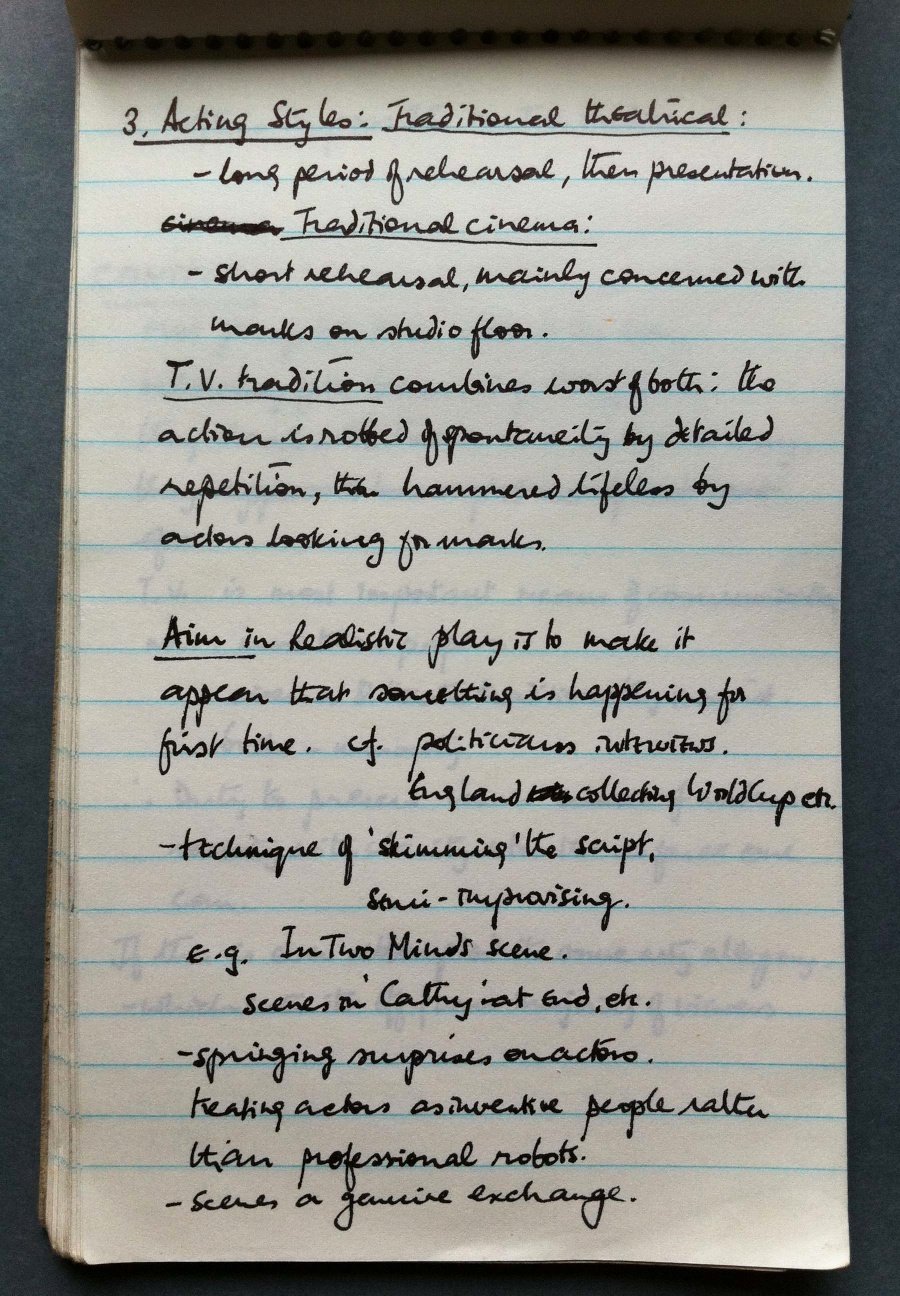 On this page, Loach jots down his thoughts about differing acting techniques in film, television and theatre. He writes that the “aim in realistic plays is to make it appear that something is happening for the first time”, then of “springing surprises on actors” and “treating actors as inventive people rather than professional robots.”

Already, Loach was formulating the naturalism and respect for performers that would become one of the hallmarks of his work.

Ken Loach: a class act
Ken Loach talks about his career to date in a Sight & Sound interview with Richard T. Kelly