Images of nature throughout the year offer respite from the urban rush-hour in a new BFI-programmed season of films on the screen at Canary Wharf underground station. 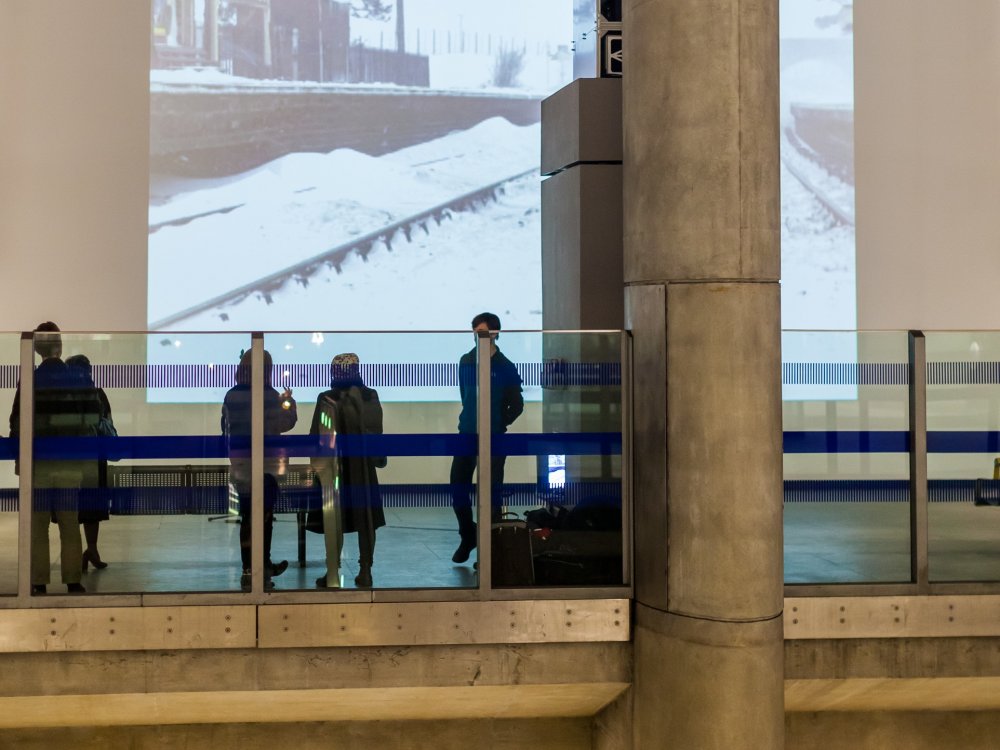 From December 2012 to February 2013 the BFI is presenting a season of films from the National Archive programmed especially for Canary Wharf Screen, a blank canvas in a stunning concrete space at the far end of a busy under­ground concourse.

Our first thoughts were to bring archive images of nature by film artists into this place as a contrast to the environ­ment. But we also wanted to use the screen to celebrate the nature of urban life, focusing on the film histories of both the London Underground and the city of London itself.

A wide variety of archive film can be seen throughout the season, dating back to the birth of cinema at the end of the19th century with footage of East London or rough seas on the south coast of England. Short self­-contained post­-war documentaries made for instruc­tional purposes have been chosen for their unexpected lyricism as much as their ability to show us the past. Other titles are extracts of more recent experimental works by some of the most renowned British film and video artists.

Film has the ability to transport us to other times and places, and we hope that the travellers passing through Canary Wharf and the London Underground staff who work here will get pleasure from this season, whether the films are glimpsed for seconds during the hectic rush-­hour commute or watched for longer during quiet moments out of the day.

To open the BFI season at Canary Wharf Screen we wanted to bring archive film images of nature underground. The ‘Artist’s Year in Nature’ programme (13 December 2012 – 6 January 2013) includes extracts from our holdings of experi­mental films by this country’s leading moving image artists combined with some historical non-­fiction documentaries restored by the BFI National Archive demonstrating the artistry of early film techniques.

The compilation is organised as a calendar, moving through the months and seasons in one glorious hour of beautiful images, a breath of fresh air designed to invoke the great outdoors underground. As a taster of this first BFI programme at Canarf Wharf Screen, here are the selections chosen to represent the months of January and July…

Made for British Transport Films, this is a stunningly shot meditation on the struggle of trains through the worst (or best) of a British winter.

Solarflares Burn for You

A psychedelic journey from Cornwall to London and back again, featuring midsummer tangerine skies, scarlet landscapes and acid yellow roads set to a hypnotic soundtrack by Robert Wyatt.