The book that inspired Chariots of Fire

Convalescing in a rented house in the late 1970s, film producer David Puttnam chanced upon a history book of the Olympic Games that would give him the inspiration for the Oscar-winning 1981 classic Chariots of Fire. 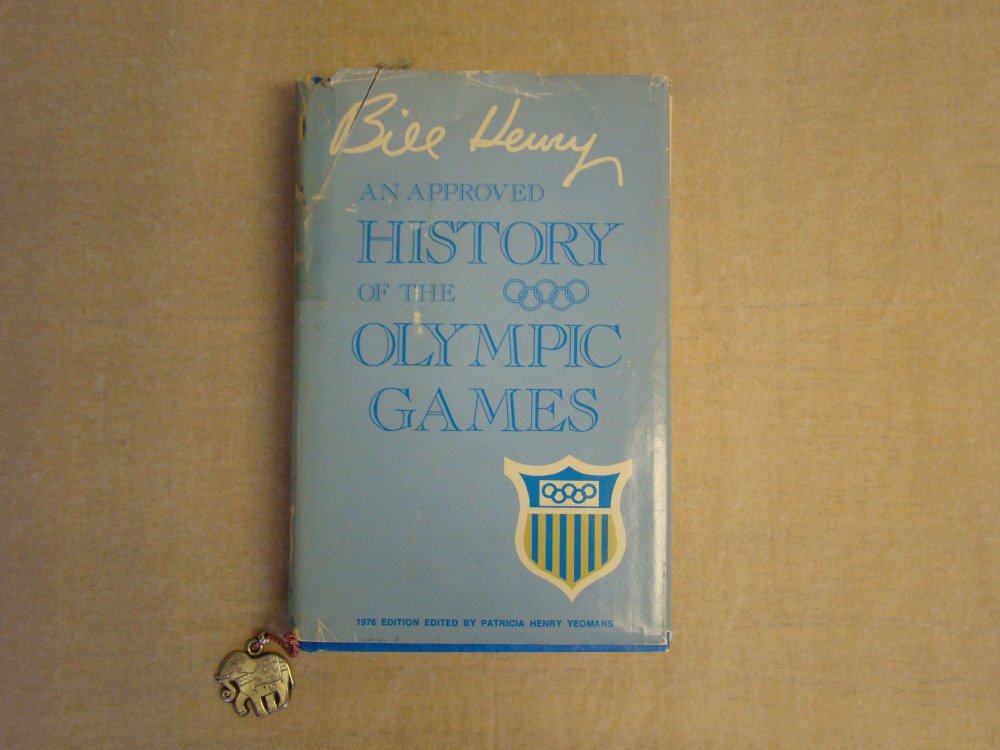 In the late 1970s, producer David Puttnam was living in a rented house in Los Angeles. Flu-ridden and housebound, he came across a book that would profoundly affect his career and have a lasting impact on the British film industry. The book was An Approved History of the Olympic Games by Bill Henry and the film was, of course, Chariots of Fire (1981). This is Puttnam’s inscribed copy of the book, held as part of the David Puttnam archive in BFI Special Collections: 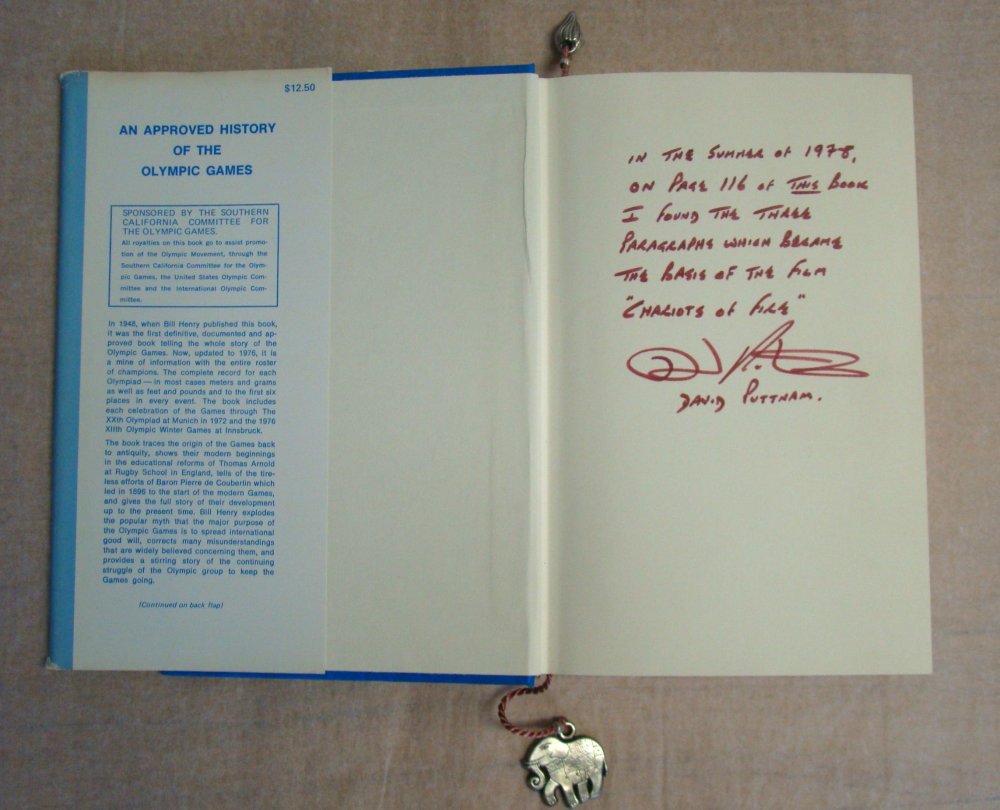 In the summer of 1978, on page 116 of this book I found the three paragraphs which became the basis of the film “Chariots of Fire”
– David Puttnam 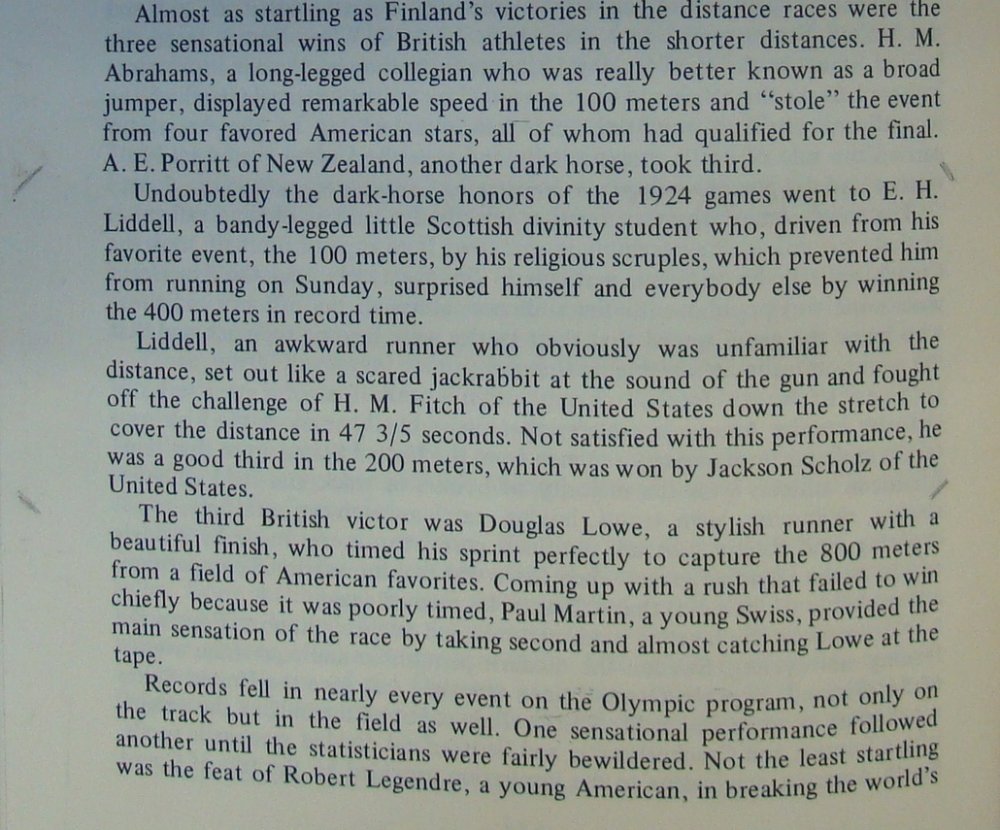 These three marked passages were the ones that caught Puttnam’s imagination. The author writes of ‘three sensational wins by British athletes’ at the 1924 Paris Olympic Games and it was the story of two of these – ‘long-legged collegian’ Harold Abrahams and ‘dark horse’ Eric Liddell, a religious man who refused to run on a Sunday – that eventually formed the basis (with some dramatic license) of Chariots of Fire. The third runner, Douglas Lowe, was reluctant to be represented and was re-imagined in the film as the fictional Lord Andrew Lindsay (played by Nigel Havers). 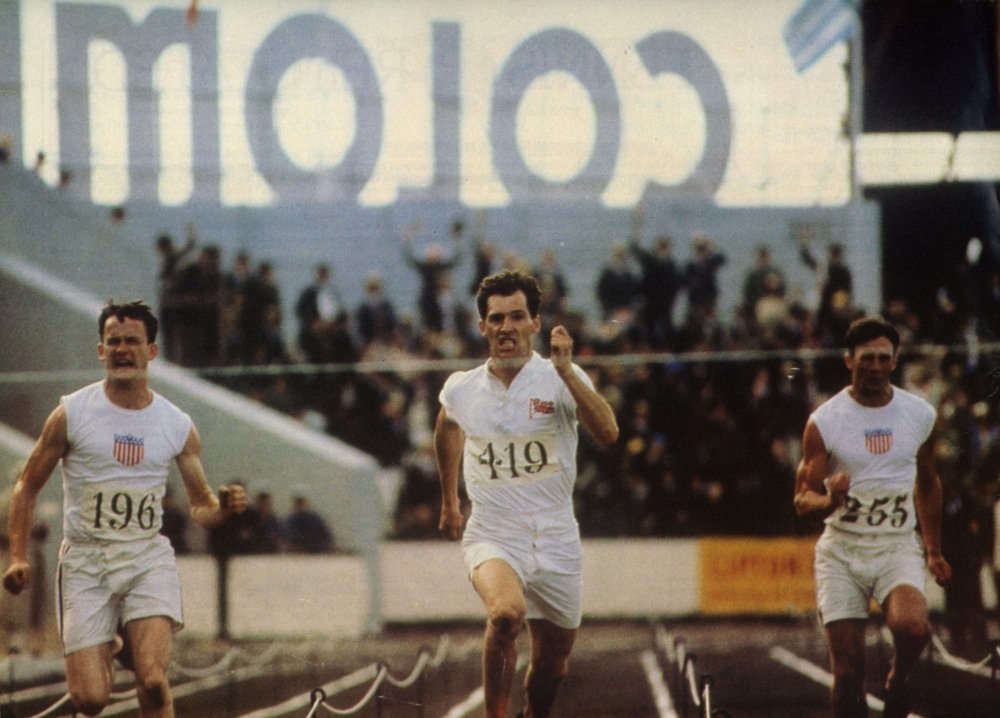 Puttnam commissioned actor and writer Colin Welland to create the screenplay for the film. As part of this process Welland conducted a huge amount of detailed research. He interviewed people who had known Liddell and Abrahams (Liddell died in 1945 and Abrahams sadly just a few weeks before Welland started work on the film in 1978) and sought memories from veterans of the 1924 games. In addition to this Welland also visited the BFI to view films from the National Film Archive (now the BFI National Archive) showing Abrahams and Liddell in action. 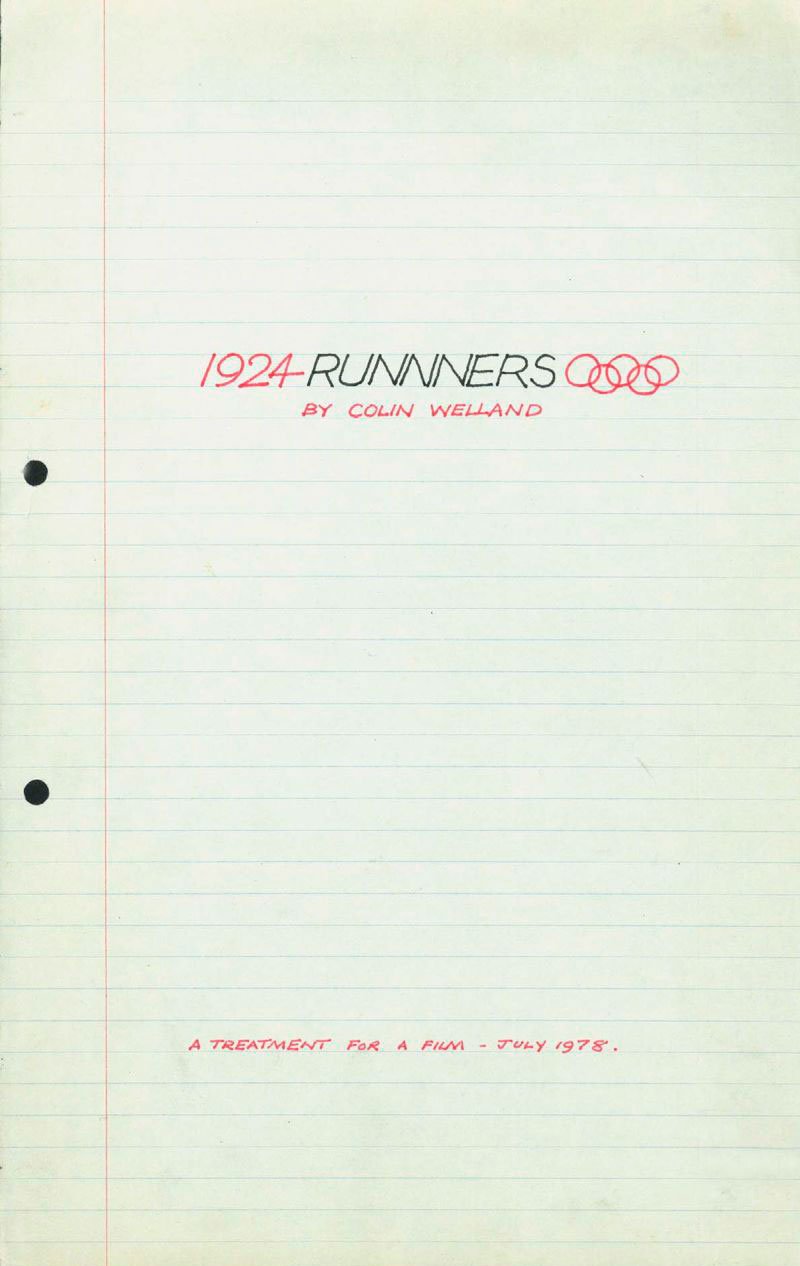 This early handwritten treatment by Welland, dated July 1978, outlines the basic storyline, themes and main characters of the film, then titled Runners. As is usually the case, the script went through numerous different drafts before the film went into production in 1980 with director Hugh Hudson at the helm. But although the title and characters were changed, and Hudson and the rest of the cast and crew brought their own skills and ideas to the film, the basic concept remained the same, as set out by Welland here: 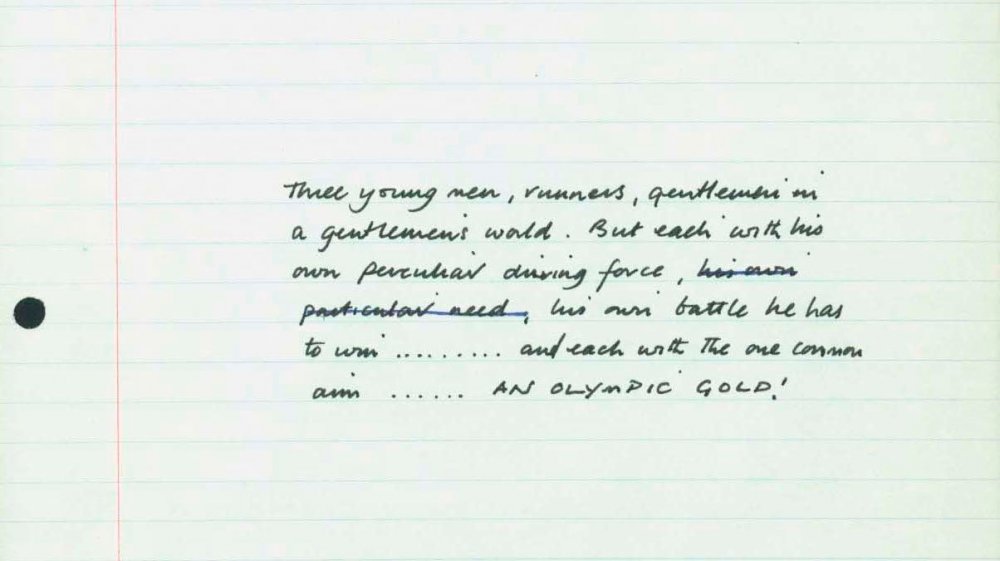 Three young runners, gentlemen in a gentlemen’s world. But each with his own peculiar driving force, his own battle he has to win ……… and each with the one common aim … … AN OLYMPIC GOLD!

View Running with Harold Abrahams (1924) on the BFI’s YouTube channel.

Chariots of Fire is re-released in cinemas from Friday 13 July.