BFI IMAX screen to be replaced

After 13 years of operation on the South Bank, we are about to replace our huge IMAX screen, measuring 26 metres wide and 20 metres high, with a brand new silver screen so that we can continue to bring you the biggest and brightest cinema experience in the UK. We will be closed from Friday 22 June until Thursday 5 July, reopening with The Amazing Spider-Man in early July. 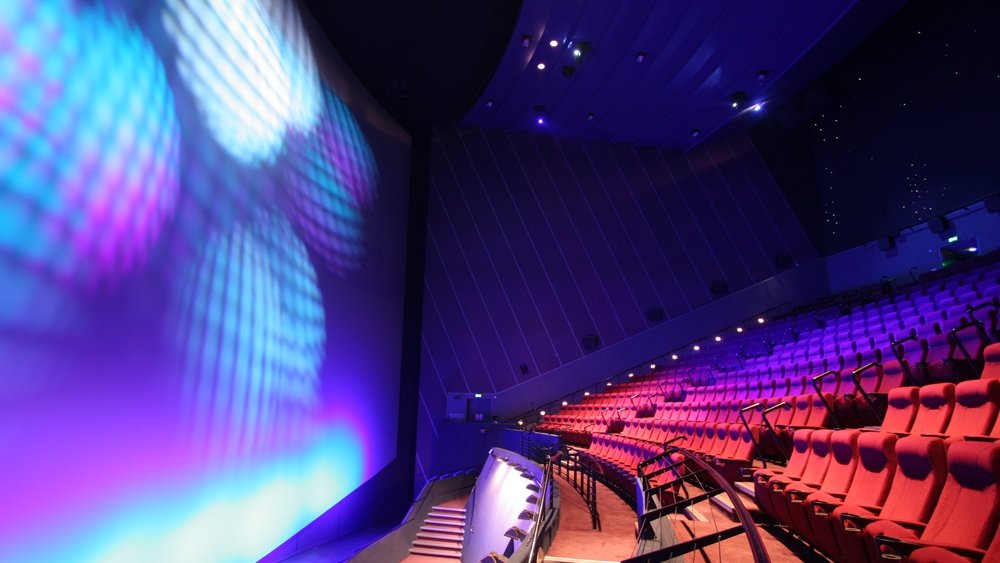 The new IMAX screen is made in Canada and will be shipped in a crate to the BFI. Once unpacked it will then take a team of ten strong riggers to haul the 800kg of perforated vinyl up the full 20 metres height of the screen under the supervision of an IMAX engineer. Once secured at the top of the frame, the new screen will then be laced to the frame and pulled tight.

It takes 48 hours for all the creases to drop out of the new white screen. During this time a purpose-built spray rig will be installed. Tracks are laid at the base and at the top of the screen frame, and a spray rig tower is assembled and fitted to the two tracks. The rig can move left and right so that the spray gun can cover all of the screen. A laser control ensures that the spray gun is always an exact distance away as it makes its way up and down the screen, spraying a special silver paint that will ensure that light is reflected in straight lines off the screen. It is silver because a white screen would refract the light and this would cause ghosting of the image.

During these two weeks, we are also installing an IMAX 3D Digital projector alongside the IMAX film-based 3D projector, so that the BFI IMAX will have the option to present all IMAX DMR films from July 2012. Our policy will be to show 70mm film prints whenever available until IMAX unveil their brand new laser-based projection system that can fully take the place of 15/70 film.

We will update you through our website, newsletter and social media channels about the installation process, so stay tuned!

We are, therefore, unable to extend the run of Prometheus for longer than Thursday 21 June. Book your tickets for the BFI IMAX now to avoid disappointment! New midnight shows, late, late Saturday and Sunday shows (at 02:45) and weekday shows have just been added and are selling fast.