The Art of Frankenweenie exhibition

The Art of Frankenweenie offers a real-world glimpse of the models and designs that were brought to life in Tim Burton’s new stop-motion animated fantasy. 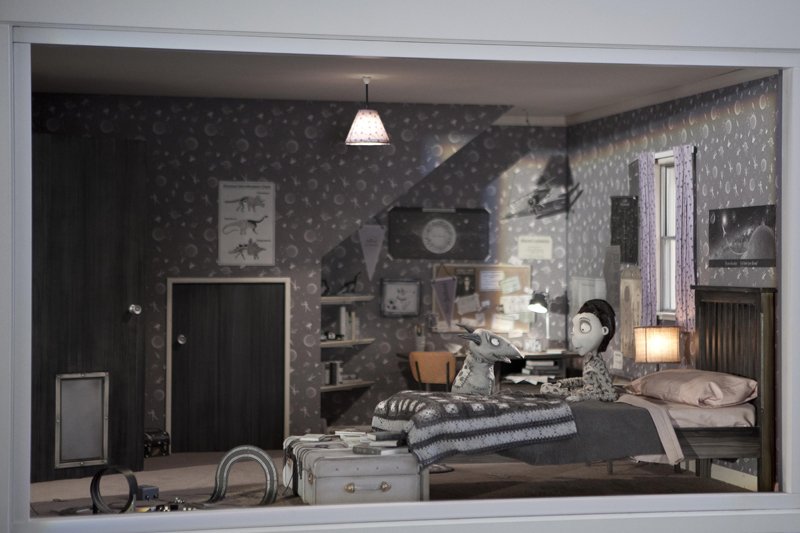 Tim Burton’s very personal pet project, Frankenweenie, was an idea that first developed in 1984 with a series of drawings, then a live-action short. Twenty-eight years on, the 3D feature-length version of this sensational story of a boy’s love for his dog, now recreated in black-and-white stop motion animation, opened this year’s Festival to a packed theatre. Frankenweenie is Burton’s third  animated feature, following Corpse Bride and The Nightmare Before Christmas, and his first for Disney.

The film’s production involved a huge team of artists, puppet and prop makers alongside 33 animators. Their work is on display in The Art of Frankenweenie exhibition, taking place at the Festival Village, Southbank Centre, which opens to the public today. The Frankenweenie exhibit presents a glimpse into the filmmaking process, capturing the detail of sketches, sets and models that brought the story of Victor and his dog Sparky to the big screen. 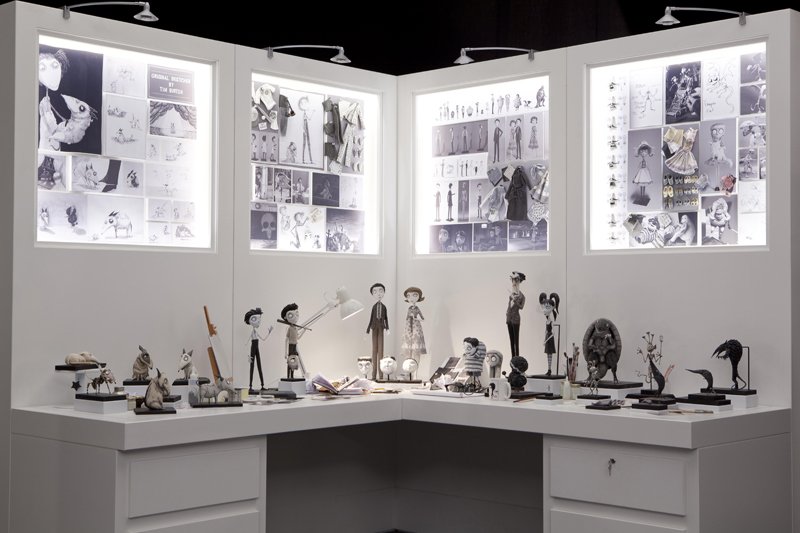 The scene is arresting in the exhibition space. Four built-up cabinets engineer the three main sets in Victor’s life: his classroom in his town of New Holland where Victor comes to the realisation that he might be able to use electricity to bring Sparky to life; his makeshift laboratory in the attic; and his bedroom where together with Sparky he spends countless hours thinking up ideas for home movies. The details of each setting are fascinating but what makes the excitement even greater is that the viewer can interact with them by switching the lights on and off, or picture themselves looking inside the New Holland classroom like an unwanted guest. 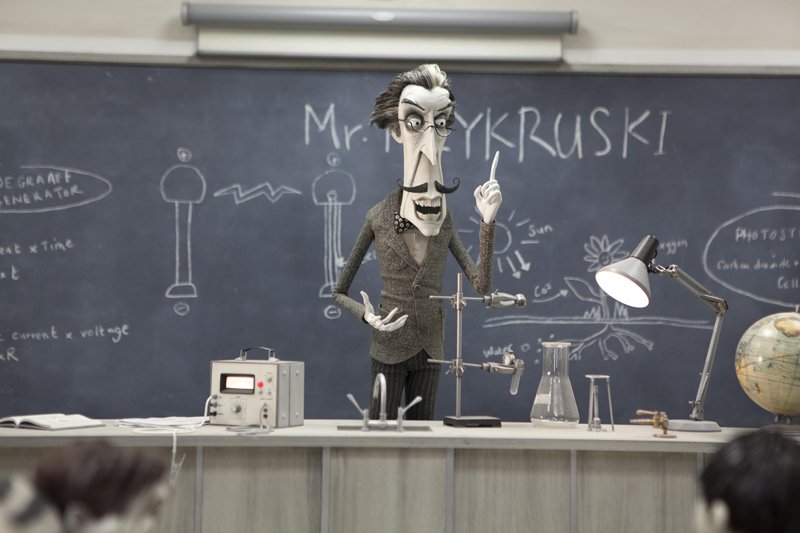 Meanwhile, a construction of Tim Burton’s desk is also on display with original sketches, notes and models. This includes the most ambitious puppet in the film, science teacher Mr Rzykruski, who has the most facial expressions, earning him nine different removable jaws.

Also on display is Sparky, made with 300 joints in his body in order to be able to manoeuvre his parts and render his behaviour and personality. Sparky was the first puppet designed for the movie. Most of the characters in Frankenweenie are modelled in the style of classic 1930s horror films and their names pay homage to those films.