Last night the new BFI Master Film Store near Gaydon in Warwickshire won West Midlands Building of the Year at the 2012 RIBA (Royal Institute of British Architects) Awards. A £12m project, funded by the DCMS as part of a £22m investment to reorganise the BFI National Archive and its regional counterparts, this vast concrete structure is designed to house 190,000 canisters of volatile nitrate film and 240,000 acetate reels at -5 degrees Celsius, and at controlled humidity. 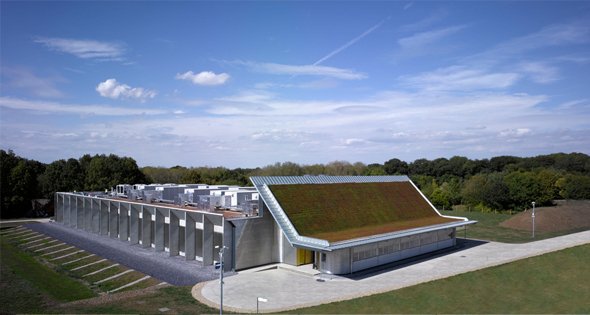 The new film store is the result of a period of intense research and collaboration between the architect and engineers at Edward Cullinan Architects and archivists at the BFI to find the best sustainable solution for storing such a massive collection of film for the next 50 years and beyond.

RIBA judges praised the building’s marriage of form and function:

“The archive could have been a serviceable oblong of concrete bunkers – but this is more ambitious. In plan, elevations and material detailing, the Archive’s design draws from both a stripped down industrial modernism, yet also radiates a very particular kind of 21st century finesse and environmental delicacy.” 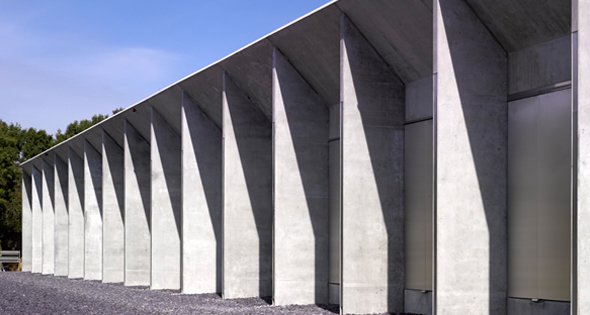 The site has already been the subject of much press acclaim. Writing in The Independent last year, architecture critic Jay Merrick admired “an engrossing architecture [which] manages to evoke not only Donald Judd’s gnomic concrete sculptures at Marfa in Texas, but ushers us into the pages of W G Sebald’s novel Rings of Saturn, and his descriptions of the surreal bomb-testing landscape of Orford Ness in Suffolk.”

Carol Costello and Lucy Brittain from the Cullinan practice and Sarah-Jane Lucas and Peter Watson from the BFI’s Strategic Projects Office were present to collect the two awards during a ceremony at the Athena in Leicester.

Major public arts buildings were a dominant theme among the winners this year, with Bath’s Holburne Museum (Eric Parry Architects) and the Hepworth Wakefield (David Chipperfield Architects) also picking up awards. As the BFI’s Sarah-Jane Lucas points out, however, the film archive is unusual among the winners in being a “building for films, not for people.” 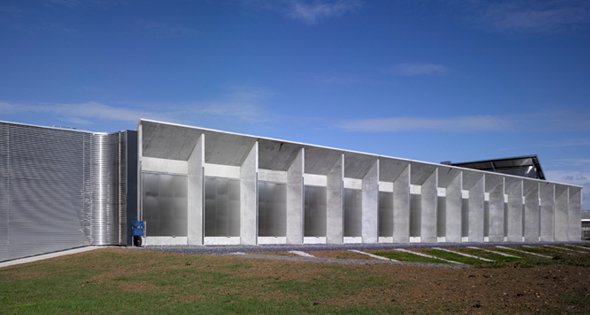 The shortlist for the 2012 RIBA Stirling Prize will be drawn from the 59 RIBA Award winners.