As director Joe Wright’s reimagining of Anna Karenina hits cinema screens, Claire Smith and Nathalie Morris take a look back at earlier versions of Tolstoy’s classic love story and one of cinema’s most enduring style icons. 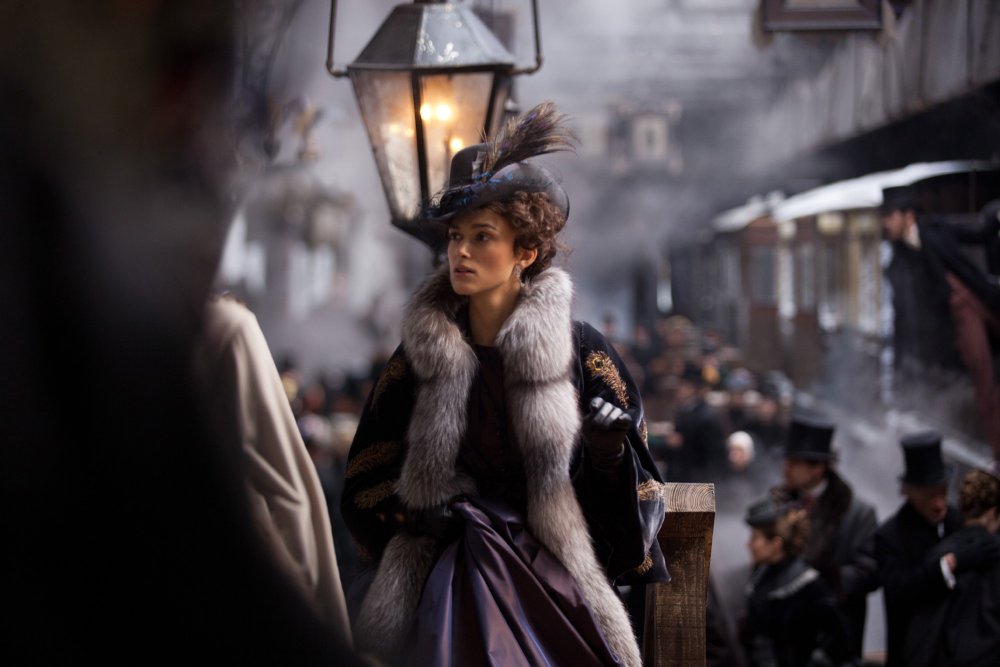 Leo Tolstoy’s Anna Karenina, first published in instalments between 1873 and 1877, has been a perennial favourite of filmmakers. The first screen adaptation was produced over a century ago by the French company Pathé Frères, and was swiftly followed by Russian (1914) and American (1915) versions.

In 1927 Hollywood struck gold by pairing real-life couple Greta Garbo and John Gilbert (who had recently sizzled on screen in Flesh and the Devil) as Anna and Vronsky. The title was changed for the film so that taglines could read: ‘Garbo and Gilbert in Love’. Two alternative endings were made for this silent version so that American audiences could enjoy a happier resolution. 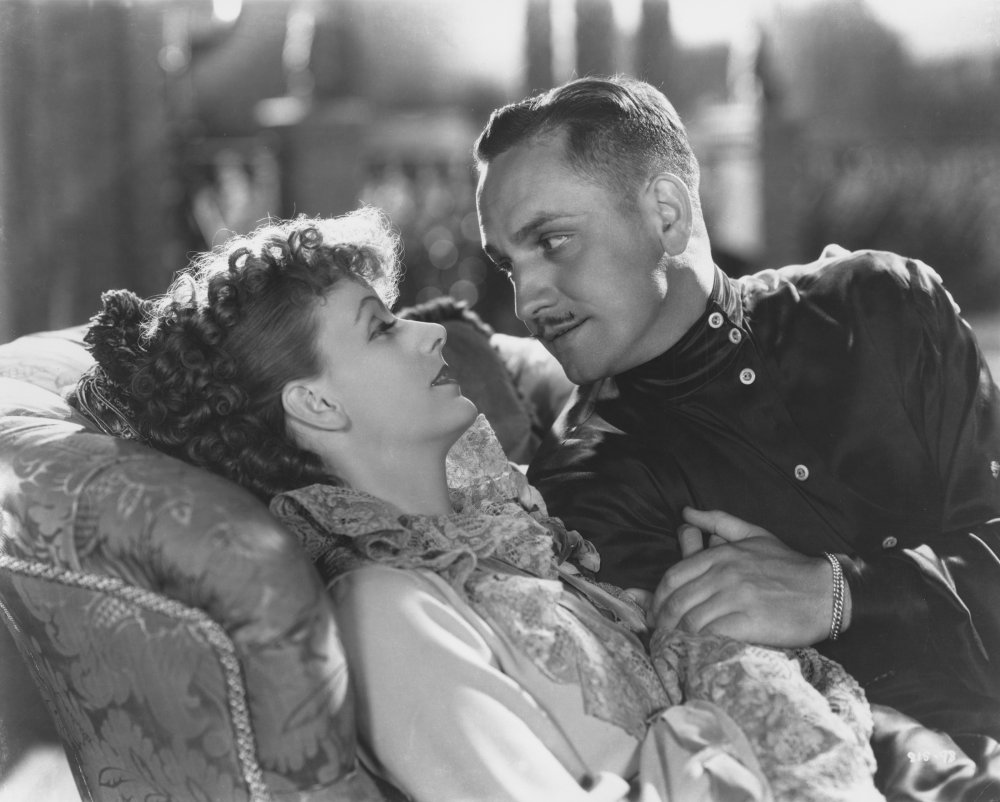 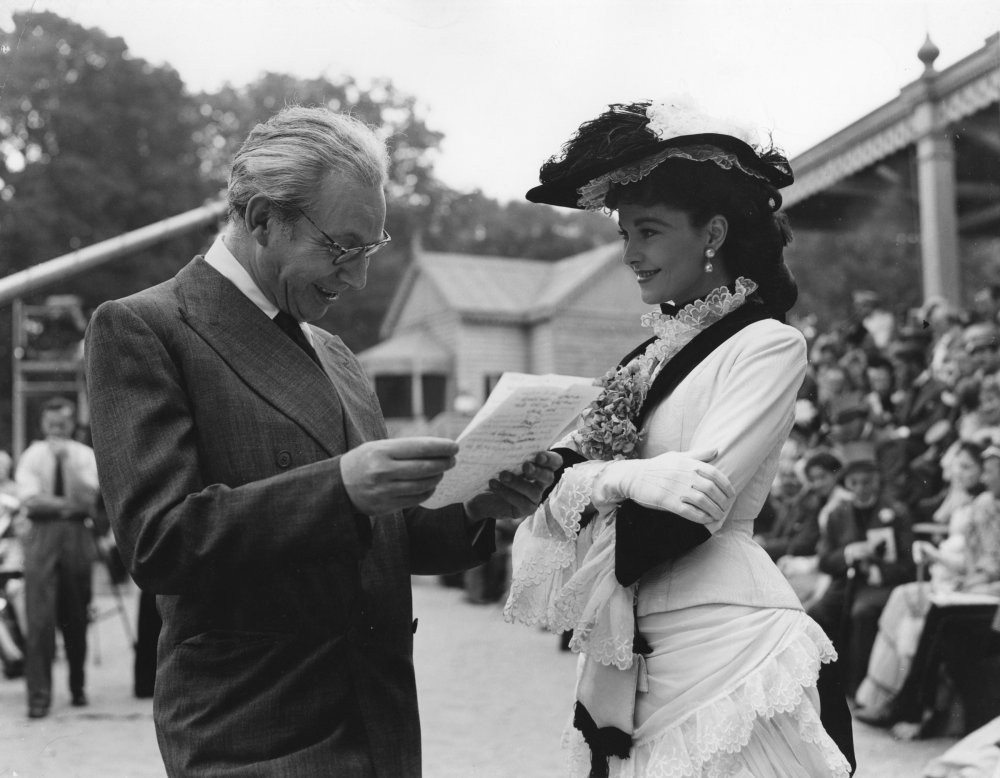 Ralph Richardson played her husband, Karenin, and newcomer Kieron Moore took the role of Vronksy. In typical Korda style, attention was lavished on the production. A complete train station was built on the largest sound stage at Shepperton studios and, as the film’s press campaign book reported, “with the co-operation of the Southern Railway, complete sets of sleepers and rails were laid” and a “typical Russian refreshment bar, complete with samovar and Russian buns” was positioned at one end of the platform.

Meanwhile, a replica of a St Petersburg racecourse was built outside on the studio lawn. Authenticity was very important to producer Korda and director Julien Duvivier, who brought in Russian art director André Andrejew to design the film’s sets.

The ever-elegant Vivien Leigh was costumed by Cecil Beaton. Beaton – a talented photographer, costume and set designer and illustrator (not to mention Queen Elizabeth II’s favourite portraitist) – had a particular skill in capturing the fabrics and movement of a period. He adored the Belle Epoque, and his strong silhouettes and beguiling textures evoke the glamour of late 19th-century dress. For Anna’s first appearance on screen, as she peers out of the snow-ensconced train windows en route to Moscow, he designed a burgundy red velvet dress trimmed with sable and worn with a sable cape, muff and hat. 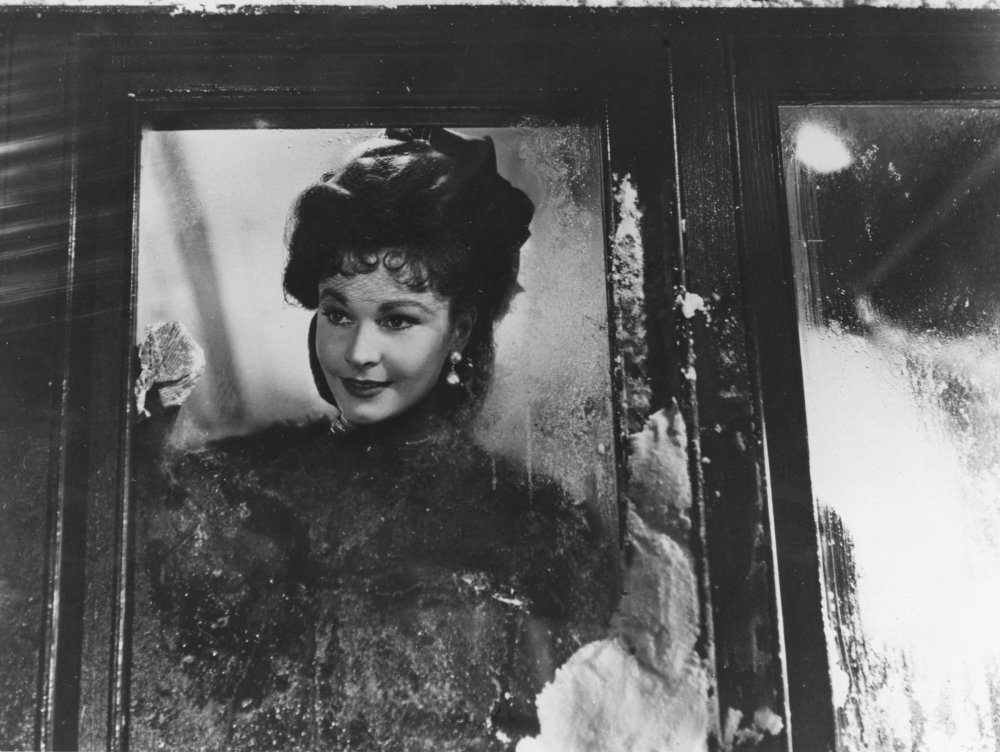 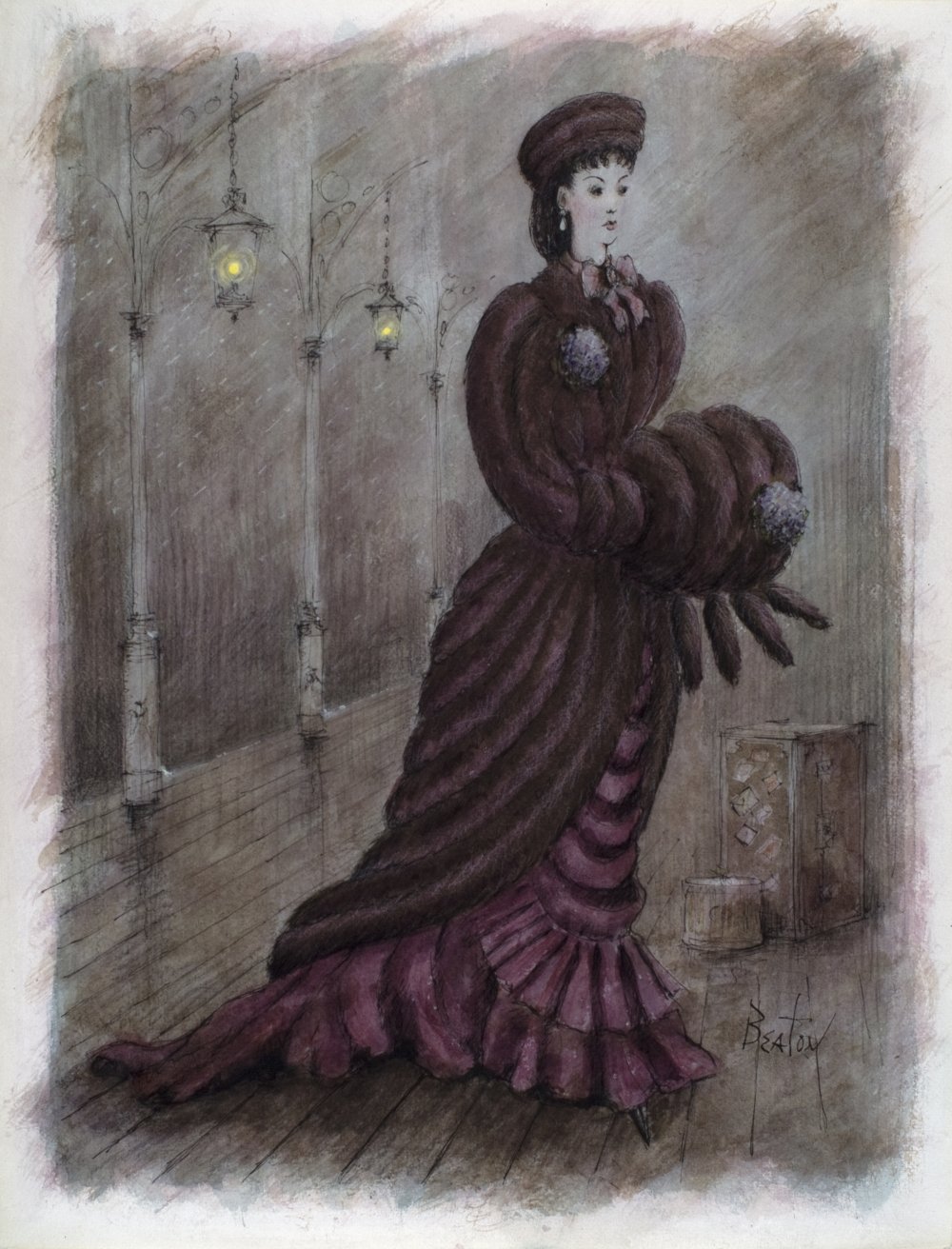 Using silk satins and velvets that were unobtainable during the war, Beaton conjured up a vision of luxury for a nation still reeling from the impact of the second world war; still clutching to its ration books and clothing coupons. The film’s campaign book was quick to point out the comparison with the ‘New Look’, which French couturier Christian Dior premiered in 1947. The utility designs of the 1940s, which carefully restricted the amount of fabric used, were challenged by a new silhouette of rounded shoulders, waspish waistlines and enormous, full skirts, all designed around the whorls of petals of a flower (the ‘Corolle’).

The New Look borrowed from the 19th century too. Despite its apparent fluidity, it relied on a tradition of firmly structured dresses that were almost architectural in their approach to the female form: garments of stiff taffeta, duchesse satin and heavy wool, underpinned by a knowledge of tailoring and corsetry, and all topped off with fabric knots, fringed bows and artificial flowers. 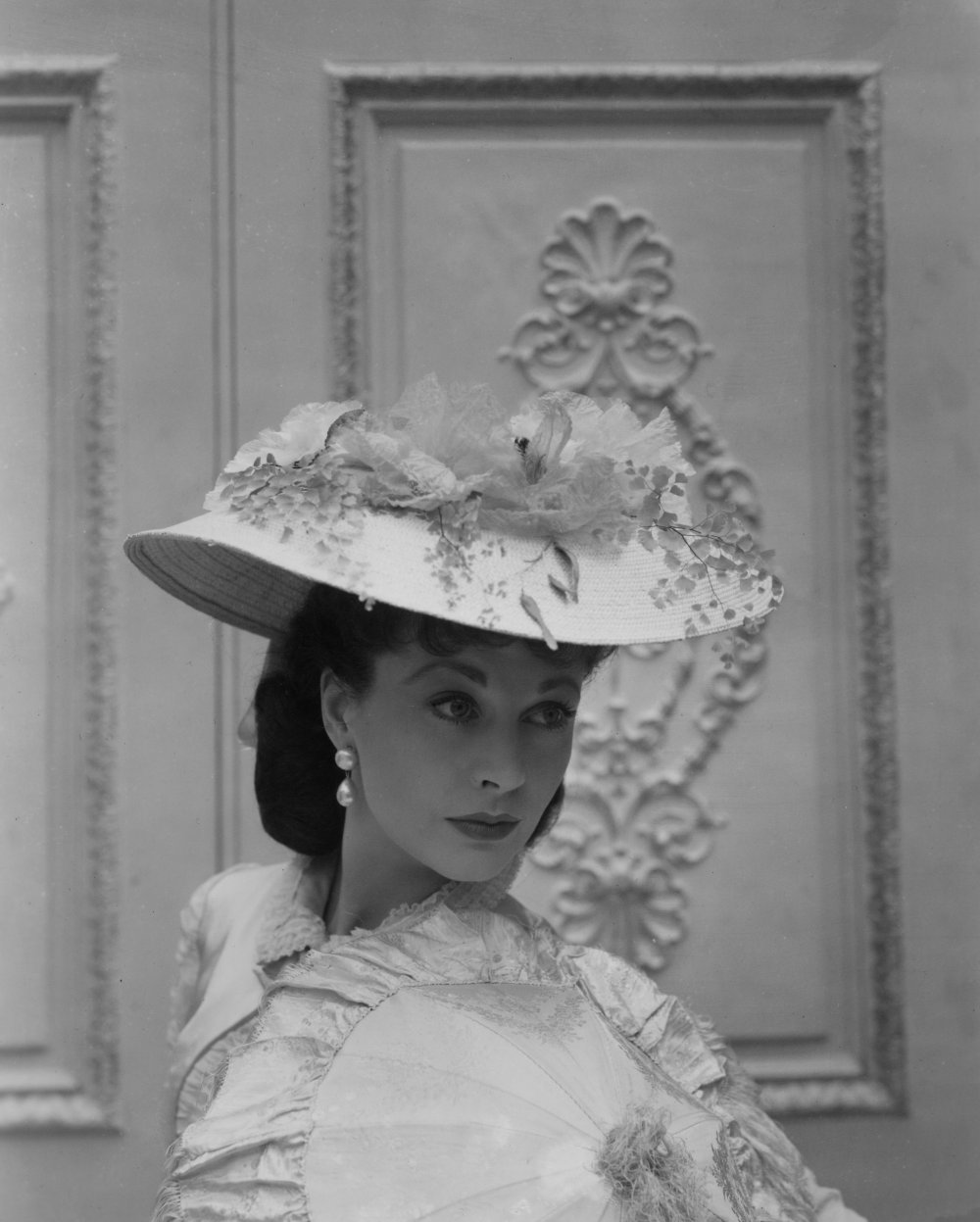 The press campaign commented on Beaton’s costumes, “only a slight modification would bring these dresses and costumes right uptodate [sic]. The figure-fitting jackets low over the hips, the tight bodices, the indented waistlines, the full skirts, flower trimming and shoulder capes seen in the film are almost identical with accepted current fashions.”

So it was perhaps only natural that after spending the summer in Beaton’s costumes, Vivien Leigh was asked for her comments on the New Look. “She is for it”, the press campaign gleefully declared. 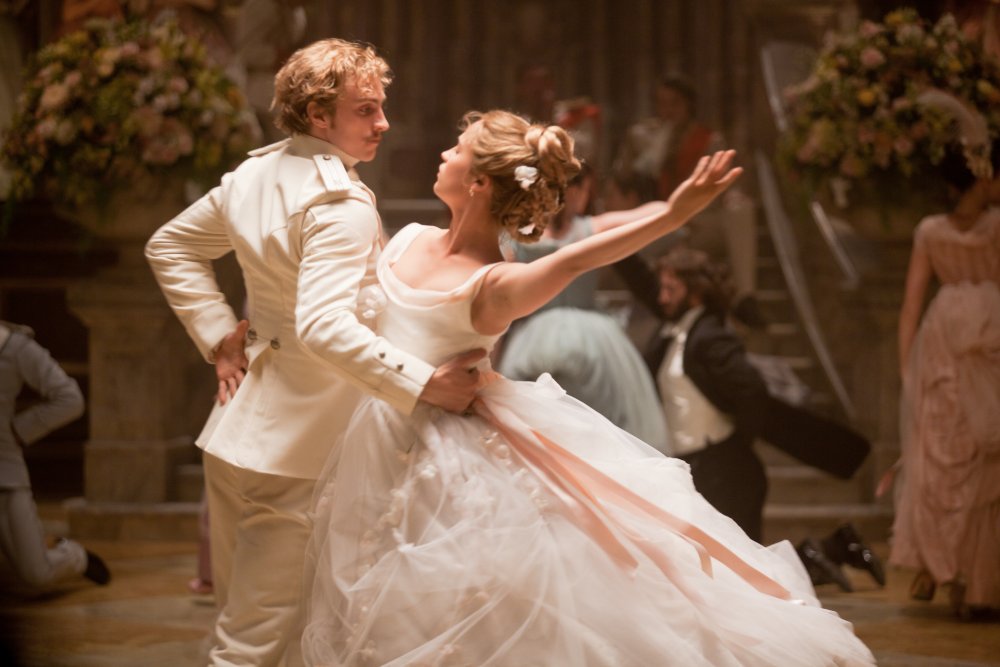 For Joe Wright’s most recent imagining of Anna, BAFTA-winning costume designer Jacqueline Durran provides an adventurous new spin on the link between 1870s and 1950s couture. Durran instantly chose to strip away the surface details to reveal the simplicity of form. 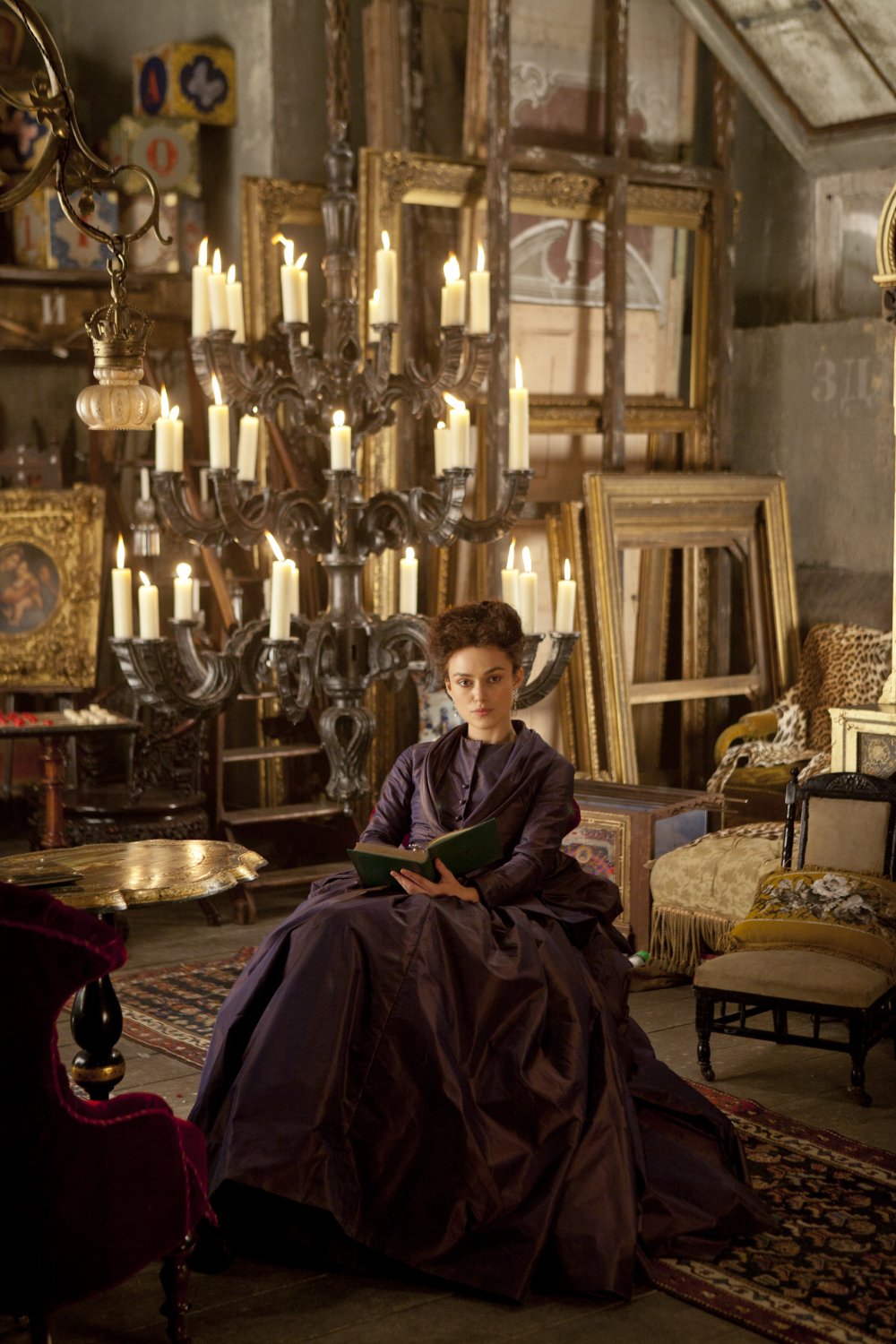 The transitional, bell-shaped bustles, heavy knots and folds, and clever tweaks to cut and construction all combine to create a vision of beautiful, architectural clarity. Anna is simultaneously timeless and modern as she sweeps through Sarah Greenwood’s extraordinary set: an unfolding theatre in which the camera glides from scene to scene. 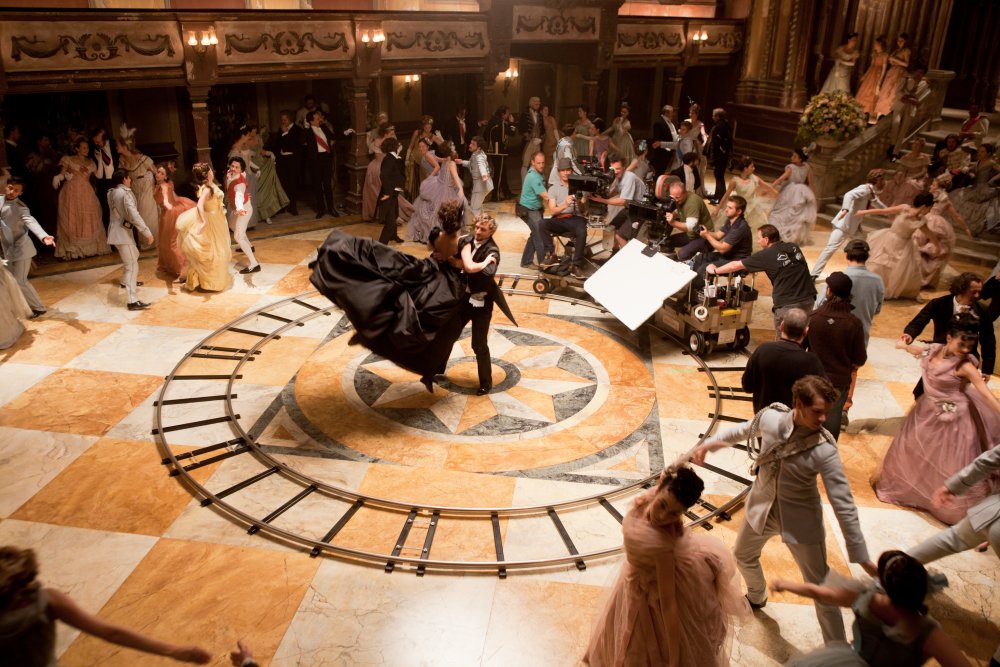 Filmed once again at Shepperton, Wright shows us Anna poised between the real and the imaginary: a dream-like fantasy in which costumes and set spectacularly combine to continue the legacy of Anna as one of cinema’s most enduringly stylish women.